India is supposedly at the peak of the global Coronavirus outbreak. The ICMR has claimed that in the months of June and July India would be at the peak of this deadly disease and the numbers don’t point otherwise. When the entire world is looking for a permanent cure for coronavirus in the form of a vaccine, there is no option except locking down the cities to stop the spread. Till when will this trend continue? 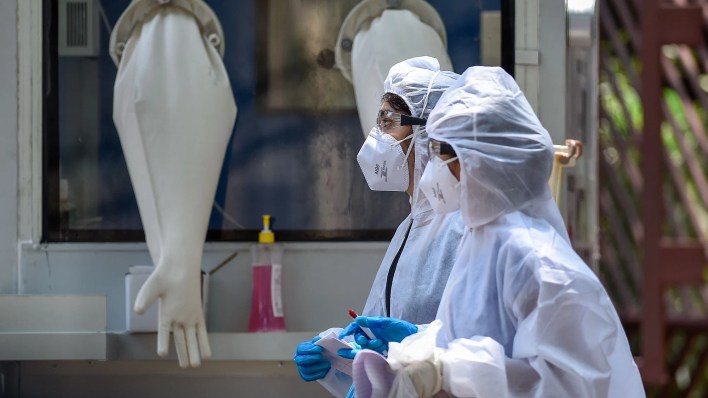 Even though the leaders have claimed that we’ll have to live with this disease for a while and countries cannot be locked forever, ample precautions should be taken to deal with COVID-19. But with the increasing number, it seems that India does require another lockdown or imposition of strict rules to contain the virus and make help in rebuilding India.

In a positive light amongst COVID, India has reported the highest number of recoveries in a single day. Though this news comes as a ray of hope for the Indian Subcontinent but still the danger of COVID has been lurking all around. The Health Ministry has claimed that the recovery rate of India has risen to an impressive 63.13%, but it cannot be ignored that the last 24 hours brought almost 50,000 cases with it. The ever-increasing numbers in India might bring another lockdown with them, now that India has touched the mark of alarming, almost 50,000 daily cases, this might be the moment of action.

India is also desperately trying to put an end to the outbreak of this contagion by varying means like lockdown but are these effective enough. It doesn’t have any option but to wait and take proper precautions. However, the Unlock 1 has come into force wherein the government is trying to re-open the economy in stages, many states have resorted to putting a lockdown again. 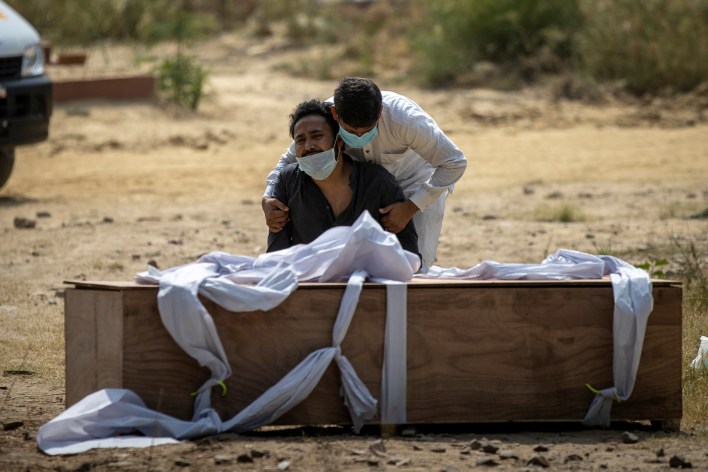 This has happened to control the increasing number of cases in their respective states so that, life could be resumed as it was. There are still many people who are not understanding the gravity of the situation and are venturing freely. This increases the risk of the disease and its transmission.

The next question is about the people from small cities who might coronavirus in the form of a vaccine not understand the gravity of the situation and are venturing freely, which might increase the transmission of COVID in tier two and tier three cities. How would that be contained, or are those cases even being recorded? The advent of the return of the migrant workers might have increased the danger of spreading the contagion to the grassroots level. Now the focus should be turned to the rural areas where people might not even follow the guidelines of the government.

A major factor is the control of the contagion in the cities. Only then will the transmission be controlled. As the unlock process started, the states were given an option to reimpose a lockdown if the need be. Therefore, to contain the contagion the states that have been hit hard by COVID have imposed a lockdown again.

The states include Maharashtra, Kerala, Tamil Nadu, Gujrat, Uttar Pradesh, Rajasthan, West Bengal, and the national capital of Delhi. These places have reported the highest number of COVID cases in the entire country. Mumbai is the worst-hit city by COVID so far. 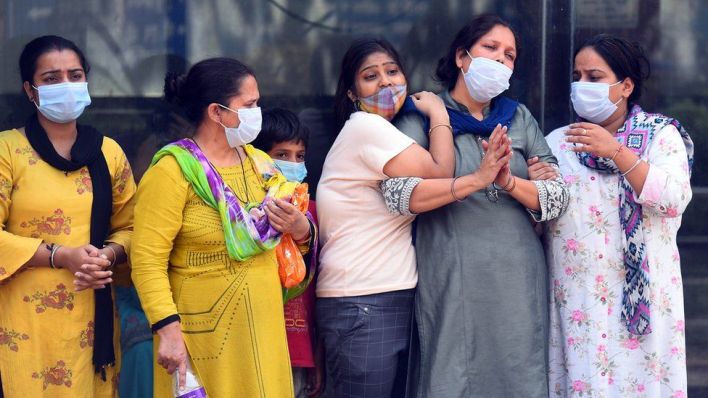 Maharashtra is the worst affected state by the contagion. It continues to stand with 1.4 lakh active cases. CM Uddhav Thackeray has imposed a complete lockdown in Maharashtra in wake of deteriorating conditions in the state. However, the CM has announced in the State Cabinet that the lockdown norms would be relaxed from 1st August in an astonishing move. The CM said that he would take stringent measures to combat COVID in rural areas, but the metropolitan areas including Mumbai would be relaxed as the health infrastructure of the city will be strengthened within a week.

Tamil Nadu
Tamil Nadu has also extended the Lockdown till 31 July. In a fresh data released by the State Health and Family Welfare Ministry, Tamil Nadu has collected 21,57,869 samples for the test till date with 62,112 fresh samples that were sent for the day. It has recorded the highest ever number of cases around 6472 in the last 24 hours and now the tally stands around 1,92,964. Alone Chennai has reported 1336 positive cases bringing the city total to 90 thousand. There has been no fresh update about the prevailing lockdown, but looking at the increasing cases of COVID, the lockdown seems to prevail in the state.

Kerala
Kerala was the first Indian state to report a COVID case and today it 8,000 cases to its credit. Kerala’s medical staff has also been sent to Maharashtra for assistance. Kerala had seen a reduction in the cases, but the wake of deteriorating conditions in the state a sudden surge has alarmed everyone and sealed major parts of the state.

A strict lockdown has been imposed in Kerala with the relaxation of 10 a.m to 2 p.m to buy essential items. The stringent curfew came into the forefront when the state reported 1000 new cases recently taking up the tally of 8,000 to 13,994. Over more than a lakh, people are under observation of the state. Kerala had seen a surge in the cases reported, therefore a complete lockdown was on the cards. Rajasthan has been fighting away battle, first with coronavirus and second with the locust invasion and with a toppling government. The Gehlot-Pilot issue is making the headlines of almost all media outlets but the COVID update has been put on a hold. The state’s tally has reached to 33,595 with almost 375 new cases and 598 deaths, Jaipur alone recording 107 of the total death toll. The state still has 8,811 active cases to combat with.

West Bengal
West Bengal was set to resume the metro services from July 1 but a sudden spike in the cases has forced West Bengal Chief Minister Mamta Banerjee to impose another lockdown. The containment zones have been locked up till 31 July but the general zones will be closed on 25 July and 29th July. With little relaxed situation, the people were seen flocking into the daily marketplaces therefore imposing a full lockdown has become mandatory. A special police task force has been made in charge of making sure that people stay indoors.

Gujrat
Gujrat has become very low-key during coronavirus and is also one of the worst affected states of India. Gujrat has recorded the highest number of deaths in the country. The state tally has crossed the mark of 52,000. The state has reported new 1,100 new cases and it has been ranked the 12th in a new surge of COVID within the country. the worst affected place in Gujrat is definitely is Surat that has recently reported the death of two health workers and one municipal corporation clerk. Out of the 22,000 employees of the Surat Municipal Corporation, 200 have already been tested positive. Even though the situation in Gujrat is worsening, but the state is not under another lockdown.

Uttar Pradesh
Uttar Pradesh has imposed a weekend lockdown from Friday evening to Monday morning. Some restrictions have been put in place for containment, however, some relaxations are also in place. The essential stores and the chemists would be open, apart from that the liquor shops would also be opened. 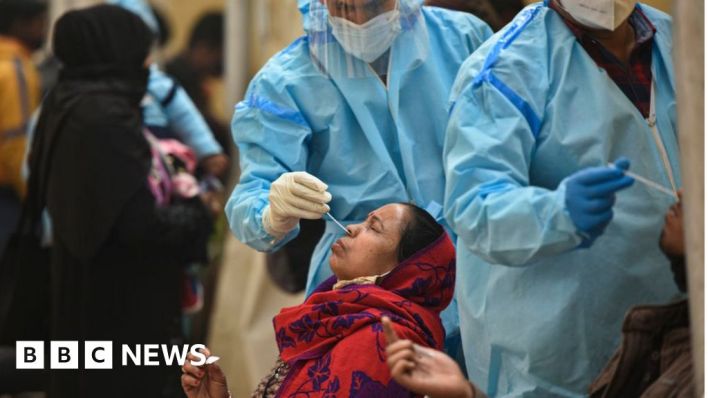 Till date, Uttar Pradesh has recorded 58,104 cases in the state and has seen the spike of 2529 cases in a day which is record-breaking. The capital city of Lucknow is the worst affected city of the state. In a fresh report, 120 inmates of Jhansi Jail have tested positive for COVID. Uttar Pradesh has only imposed a weekend lockdown and no lockdown exists during the week.

Delhi
The national capital of the country has reported 1041 cases on Thursday decreasing the positivity rate of COVID. The total tally of Delhi reaches 1,27, 364 but the curve is flattening down. A sudden upsurge was noticed in Delhi at the outset of Unlock 1. However, it has now started working on reducing the number by increasing the testing samples in the entire city. Since that is the only way to deal with COVID. The city doesn’t have an imposed lockdown and the UT is preparing for a new Unlock phase. The ICMR director has applauded Delhi for its progress in reducing the COVID positivity rate. If the rate continues it would become easy to contain the virus in the city.

The worst-hit states of the country are also planning to open up at a gradual and steady pace, but that doesn’t mean that the existing numbers would not be affected by the re-opening of the economy. The governments all over the country are taking strict measures like imposing a fine on not wearing a mask and on violating the norms put in place by the government in Public Interest. The state governments have increased the number of daily testing which is the only way to stop the contagion right now.

However, these states should take further precautions if they are planning to open their respective states. In the meantime, the level of testing should be increased effectively and the cost of testing should also be made affordable and available to all.

"COVIDSHIELD": Production of Oxford CORONAVIRUS vaccine has begun in India!