Custodial Deaths And Police Brutality- A Neglected Sad Story in 2020

The statistics of the National Human Rights Commission are surprising beyond imagination. According to statistics, 17 thousand 146 people have died in judicial and police custody in the last decade. In this context, an average of 5 people dies every day. Of these, 92 per cent of the deaths were in judicial custody of duration of 60 to 90 days. The remaining deaths occurred in police custody, which is of 24 hours duration. This time can sometimes be extended up to 15 days on the order of the magistrate. There have been 914 deaths from January to July this year.

The Human Rights Commission has been voicing its concerns from time to time in the past, but its suggestions, recommendations and resentment remain and the graph of deaths in custody continues to rise.

Torture, besides beating, prisoners also die due to poor health

According to the Commission, not all deaths in judicial custody were caused by torture, beating and excesses of jail staff, but also due to other causes such as sickness of prisoners, delay in treatment and neglect, poor living, psychological problems or old age. Can. At the same time, 17 thousand 146 deaths recorded in a detailed analysis published with the help of Human Rights Commission data on IndiaSpend website, tell the story of the police and prison system.

The death of a Dalit father-son victim of police brutality in jail in Tamil Nadu last month caught everyone’s attention. An echo of this matter was heard all over the country. This led to a demand for police accountability. The Madras High Court ordered an inquiry and the state government handed over the case to the CBI.

Human rights of prisoners being crushed

According to the instructions of the Human Rights Commission, such deaths are to be provided within 24 hours, but this does not happen. The double whammy on the instructions is that there is no provision of penalty in case of failure to submit the report. Experts say that the police have many arguments to defend themselves.

The Commission’s directive also states that a magistrate inquiry into the death in custody should be completed in two months and a detailed description of the circumstances, manner and events of the death and the cause of death should be recorded. VIP prisoners get all facilities

Prisoners also have human rights, how do the prison administration and governments forget it. VIP prisoners get all the facilities, but common prisoners remain in a predicament. Complaints about not spending enough on their food, clothes, bedding, drinking water, bathing, washing, cleaning, treatment, etc. have been frequently reported.

The case of death in custody is also related to the worrisome situation in the jails. If the death rate of prisoners is high in jails, then it should be seen that how are the facilities of living and health in those places. There is also a truth that due to the Covid-19, the plight of many jails of the country has received renewed attention. 80-year-old Telugu poet Varavara Rao, jailed in the Bhima Koregaon case, was hit by Corona and had to be hospitalized.

Amidst the frightening figures of detention, torture, neglect and deaths, Dalits, backwards and Muslims have the highest number of prisoners in jails and undertrials. Even a state like Jammu and Kashmir should not be forgotten where the kin of the missing people have been wandering for justice for decades.

India signed a UN agreement but did not confirm

India signed an agreement under torture and cruel, inhuman treatment or punishment under the supervision of the United Nations in October 1997, but did not ratify it despite the recommendation of the Law Commission.
The absence of a strong law on custodial deaths is also a big complication in this matter. The pressures of political and police system and bureaucracy continue to work. It is often argued in this case that there will be unnecessary pressure on the police and the culprits will be strengthened, but this argument does not lie in the claim of a better and transparent system.

According to experts, the process of police investigation and interrogation would not have been so flawed if scientific methods of investigation were available and the police were specially trained for this task. Lack of an effective forensic technique is also a problem.

There is also a need to improve the internal system of police amid incidents of custodial deaths, ranging from recruitments to salary discrepancies, promotions, and other facilities.

Shortage of police force also affects the functioning of policemen, this does not mean that they should vent their frustration or frustration on poor, weak and destitute prisoners. 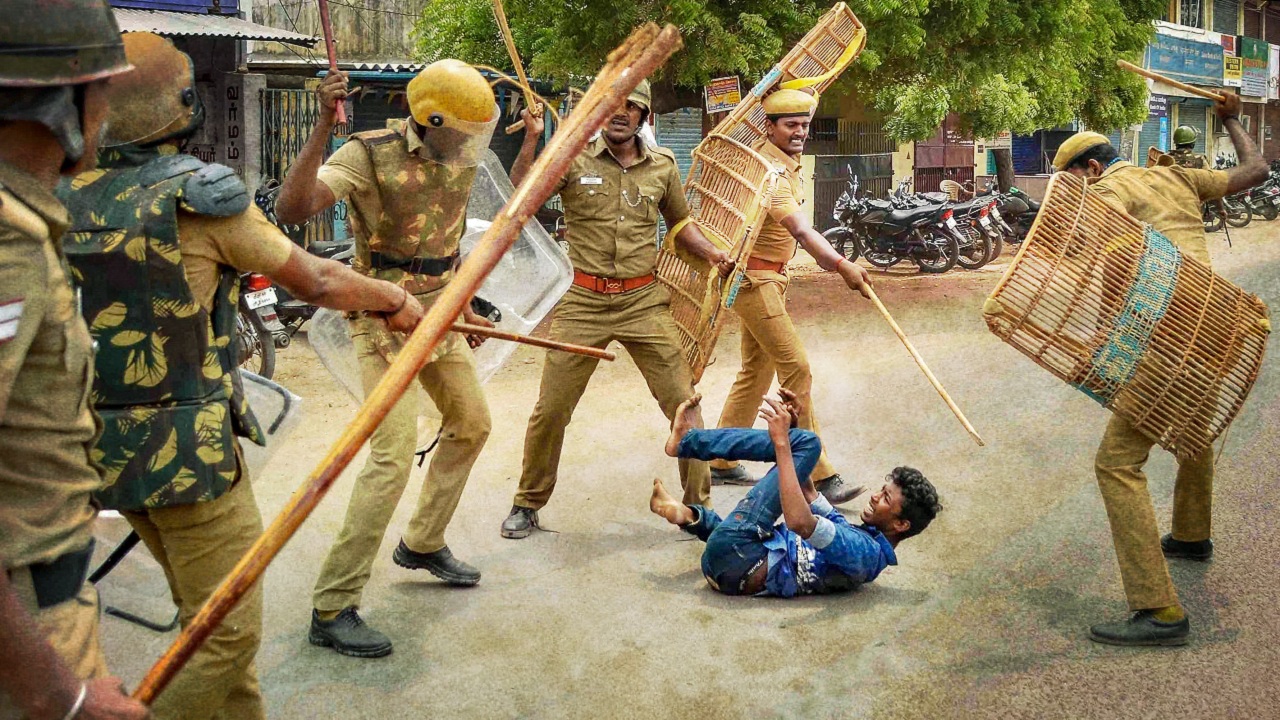 In addition to framing the rules and regulations for prison reforms, it is also necessary to sensitize and alert human rights to high officials and their subordinates. Human rights commissions should also be made more empowered and effective.

There is a need for radical change in the structure of police bureaucracy by changing the police act of the colonial era. This structure has to be tailored to the internal needs of the police and not to the interests of governments and political parties. After all, the policemen are the keepers of the citizens, not the agents who torture them.

#Covid-19: Research Says That Absalane Might Be Able To Control The Spread Of Covid-19 Within The Body For The Good

Still having Irrational Thoughts about the Coronavirus? Here’s how you can eradicate