What the UPA government needs to do

This account of what one of the strongest political parties of the country, the United Progressive Alliance, needs to achieve in its objective to return to power in the nation is a definitive point from only the economic perusal of the party. The discussion intends to analyze the pattern between the favouritism of the country’s citizens over the years to the kind of policy actions, and how the UPA government can use this pattern of resonance to form a majority in the next union elections.

Again, the purpose of this discussion is not to articulate the flaws and patterns of any political party or to criticize and favour any ideology. It is to simply understand and present a longstanding pattern that has been effectively the deciding pattern of the people, staring at its relation from a unique economic point of view.

So, let’s begin the story from where it all primarily started. While we see many patterns of growth in the country’s economy today, development economists and observers of the Indian economy broadly classify two periods as the turning point of the country’s economy, and that they mark the period of acceleration for economic growth.

Setting aside the debates that are there on the exact beginning of these acceleration periods, our purpose would suffice just by the knowledge that the first period of acceleration was that observed in the three decades starting 1950, and the second acceleration in the 1980s, prolonging till about 2000s. 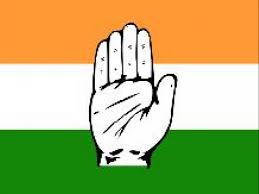 The first period started with the country’s movement to a free state, from a stagnantly low economic standing growth rate average for 50 years under the colonial rule, to an average of 3.5 per cent annually in the very first decade of independence.

The thing is, India adopted its model of the mixed economy very ardently, with the then Prime Minister Jawaharlal Nehru imposing on the role of the public sector to lead the growth pattern of the country. Economists relate the Nehruvian-Mahalanobis planning of economic growth to be stringently derived from the Harrod-Domar model, looking up to the Soviet Union’s growth pattern.

While the Command and Controlled may have been a more probable action, in the beginning, it soon became a hindrance on the ideal path the country should have moved on. Even though the country registered a GDP per capita growth of 1.7 per cent in the initial periods, it had been much less than the other developing countries of the time, more so after the Nehru’s era, once his daughter Indira Gandhi had held reigns.

Post Mr Nehru’s demise, Lal Bahadur Shastri, without much disdain and opposition, succeeded him, and before his untimely death in a year, he managed to pass the revolutionary green revolution, the attempt to boost the agricultural sector through injection of new seeds and technology.

After way too much political manoeuvring, Indira Gandhi was handed the seat, with the economic development plan and success till the time being the primary leading argument.

Believing control and command to be the notions of the political influence of the party, Indira Gandhi led on to a firmer state directorship, putting policies of liberalization off the track. Her populist social direction and the economic growth pattern brought her a landslide victory in the national election held that year, under her separate wing of the congress party, named Congress (I).

However, building in the back was a severe ‘quiet crisis’ in the country under the regime of Indira Gandhi, owing to the bubbling foreign exchange crisis, inefficient control system and economic ruin that came from a stubbornly high capital-to-output ratio that characterizes productivity in the economy. This, along with the emergency in June 1975, threw her off the position in the following election, allowing a coalition of the Janata Party government to reign.

But thanks to the factionalism observed in the coalition, soon thereafter, virtual immobilization was observed. Given the internal disturbances, exogenous shocks, and incoherent economic policy, the economic growth rate fell to 2.9 per cent, a percentage point lower than what had been achieved in the Nehruvian era. With a sweeping victory of Indira Gandhi in the elections that followed, the economic conditions remained.

The problem with India’s approach to economic policy had been the mistaken notion attached to the role of the state. Convoluted regulation of the economy created large inefficiencies in the market and stifled business drive. This is why even though investment and savings rates were much higher in this period as compared to the previous ones, economic growth had taken a downward pattern.

Not only that, the neglect of the social sectors, especially the universal provision of health and education, primarily due to lack of funds with the government due to the ineffective economy was, in itself, a rather major contributor to the slowdown of the economy. This unfurled further into the political infuriation and separatist augmentations, and the history of 1984 that even pains us to discuss, let alone incorporate in the assessment of economic cost.

Post Mrs Gandhi’s assassination, Rajiv Gandhi, who headed a more liberal approach in his policies helped ease the pain of the domestic economy, but the foreign debt pressure that was felt on India’s current and capital account was too distressing so as to be able to stabilize the economy.

This, along with the BJP’s age old tactic of religious favouritism, halted Rajiv Gandhi’s approach to the economy and the period saw much more political drama than economic reforms.

BJP had presumed it the right time to bid for support from all Hindus by reviving the temple-mosque argument, and its coalition government, along with V.P. Singh stumbled into the ground, post Rajiv Gandhi’s removal from the position.

Similar had been the case with the Congress’ Narsimha Rao government, where it introduced the 1991 liberalization reforms, the greatest turning point in the history of the country’s economy. At that time, however, the impact of these reforms was highly misrepresented by the opposition party, BJP, increasing its tally, and eventually gaining enough to form a majority government.

However, no significant economic improvement was seen during their time, and all that could be said for this government was that they did not overturn the impact of the economic reform, which, unfortunately, cannot be said for their turn this time around.

Soon after, Congress’ next win under the name of United Progressive Alliance, was on the roots of economic improvement, which the BJP government has been unable to achieve in the past, and evidently, in the present too.

The point is, BJP has always been the hard-line Hindu revivalist party, and their reputation in this regard still stands true. They have won on the back of majoritarianism and political advances, and while this has been the case for congress too, UPA has been able to take more pride in their economic handling than BJP has been, other than the Atal Behari Vajpayee era.

The conversation around the significance of the change in the economic outlook of the country has taken voice once again, and this could easily be the strength the UPA government needs to be looking for. Experts have been rather vociferous about their argument of bringing an intellectual to the position of power, for the country’s patterns have been changing and the tastes significantly align with them. Given UPA government has been able to exploit this very point in the past, it’s time they play to that strength again.

India’s median age group is about 27, signifying the fact that India is a young country. A major proportion of the voting population constitutes of younger people, and we care more about progress than religious differences and political innuendos. It’s time the government starts playing to its strength, for the country’s economy is in desperate need of attention and evidently, so does the approach that the government has taken for it, most of which is indifference, sadly.

India Inc. To Build an “Atma Nirbhar” Indian Economy By The Onset of New Financial Year of 2022. Rapid action demanded by finance minister

India Awaits A Growth In GDP by 9.1% Post Covid As Declared By The FICCI