“…Where the mind is led forward by thee into ever-widening thought and action- Into that heaven of freedom, my Father, let my country awake.”

Rabindranath Tagore wrote these lines while dreaming of a country with democracy where its citizens could express themselves freely without any fear. Sadly, Tagore’s dream of such a country is far from reality.

The most recent Pegasus Scandal has kicked up a storm in our country that is questioning the motif of our elected government. We are coming across expert opinions that point out democracy is slowly eroding in our country. Why are we so concerned about democracy?

In simple terms, democracy is a type of government in which the rulers are elected by the citizens. The foundation of democracy includes freedom of assembly and speech, inclusiveness and equality, membership, consent, voting, right to life and minority rights.

All these rights are guaranteed to the citizens of India by the Constitution. In 2017, the Supreme Court of India passed a landmark judgment that announced the Right to Privacy as a Fundamental Right safeguarded under the Indian Constitution. The apex court declared that this right stems from the fundamental Right to Life and Liberty. The judgment was welcomed by the citizens with a strengthened belief in democracy.

But, time and again the Government has posed serious threats to democracy. The Pegues scandal is not the first instance when our elected rulers have tried to invade our privacy.

The Government’s thirst for data 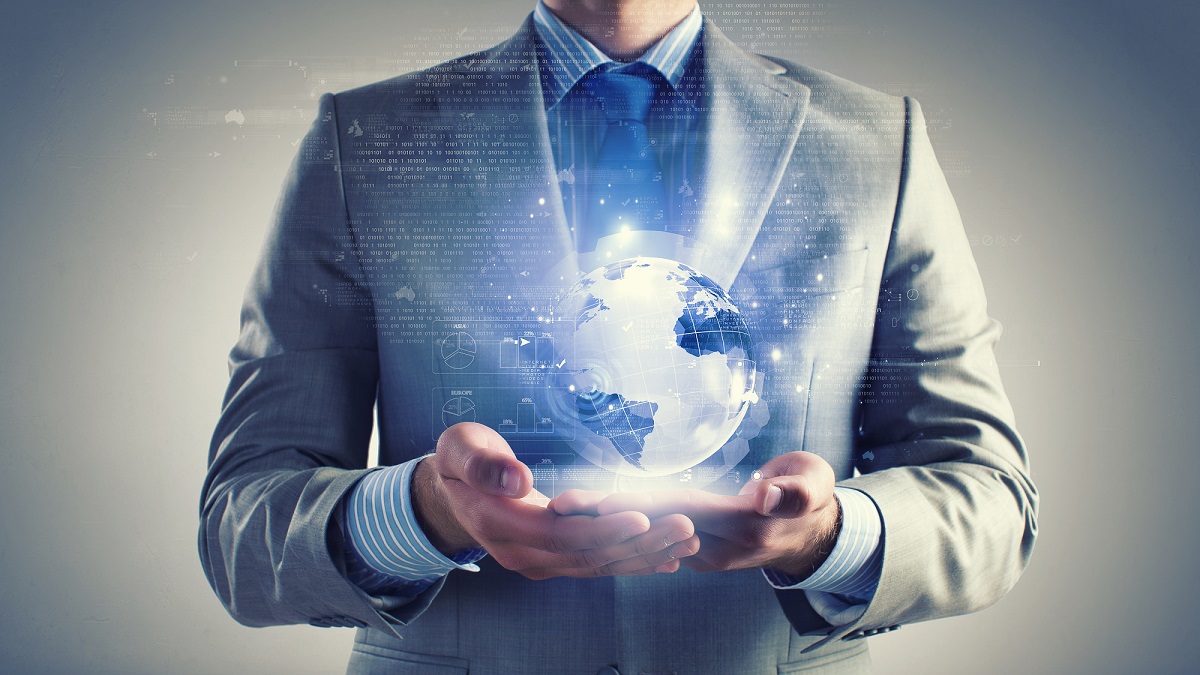 In 2018, the Ministry of Home Affairs issued an order authorizing 10 central agencies, including the Central Bureau of Investigation (CBI), the Delhi Commissioner of Police, and the Directorate of Revenue Intelligence, to spy on individual computers and their transmissions and receipts “under powers conferred on it by sub-section 1 of Section 69 of the Information Technology Act, 2000 (21 of 2000), read with Rule 4 of the Information Technology (Procedure and Safeguards for Interception, Monitoring and Decryption of Information) Rules, 2009.” It has granted authority to these “security and intelligence bodies” to scrutinize, monitor, intercept and decode any “data generated, transmitted, received or stored in any computer device.”

This move was perceived as the ultimate measure to deny citizens their fundamental right to privacy. Just like other times, the government showed the internal security card to justify issuing such a directive. This executive order that came before the Lok Sabha elections of 2019, exposed the government’s desperate ways to continue staying in democracy. This move pictured the government’s obsession with the collection of data. This February, the Government came up with another instrument to clamp down the wings of its citizens. The Intermediary Guidelines and Digital Media Ethics Rules, introduced by the Government ordered Social media platforms to set up a grievances redressal and compliance mechanism, which included appointing a resident grievance officer, a nodal contact person and a chief compliance officer.

The Ministry of Electronics & Information Technology had also instructed these platforms to submit monthly reports on complaints received from users and measures taken. The most contentious provision was the third requirement that ordered instant messaging apps to make provisions for tracking the first originator of a message. Failure to obey the rules would take away the indemnity provided to social media intermediaries under Section 79 of the Information Technology Act.

These requirements which Twitter failed to comply with led to the now-famous Twitter debacle. Though the government claimed that the provisions were introduced to make social media platforms more accountable and safe for users, the rules indicated another level of game being played by our elected rulers.

The government’s rage against the press

During the British Raj, press freedom in our country was achieved after a lot of bloodshed and sacrifices. But the sacrifices of our forefathers are now going in vain. Freedom of the press in our country has been witnessing steady deterioration. The country ranked 142nd out of 180 countries in RSF’s 2021 World Press Freedom Index. RSF is the world’s most famous NGO specializing in the protection of media freedom, which is regarded as a fundamental human right to be informed and to inform others.

It also named PM Modi among 37 ‘Predators of Press Freedom’ that included Kim Jong-un and Imran Khan. PM Modi’s entry into the ‘predator club’ points out that he has been a “predator since taking office” in 2014. RSF further listed his ‘predatory methods’ as ‘national populism and disinformation.

Recently, the Dainik Bhaskar group’s office has been raided by the Income Tax Department claiming that the company has evaded huge tax. In a statement, Dainik Bhaskar claimed that the Income Tax raids were the price they were paying for its aggressive and fearless journalism on mismanagement during Covid-19’s second wave.

The media company had done a series of stories on deaths during the second wave and of dead bodies being dumped along the river Ganga. Considering the government’s previous attempts to shut the mouths of journalists and citizens by jailing them, Dainik Bhaskar’s democracy claims seemed to be truthful. 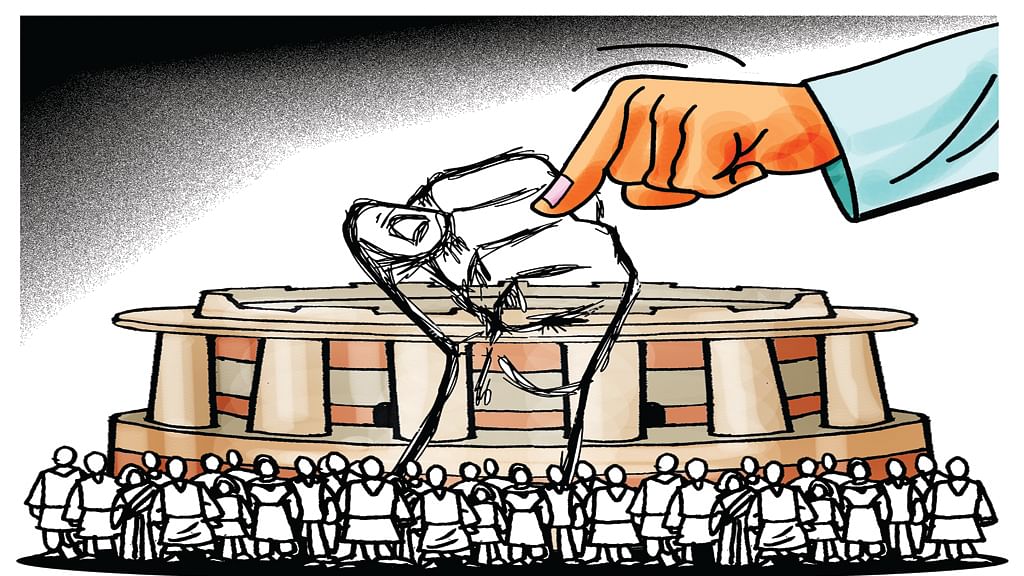 In April 2020, Delhi Police charged two Jamia Millia Islamia University students under the Unlawful Activities Prevention Act (UAPA) in a case related to communal violence in North East Delhi in February. Amnesty International condemned such a move by the government and expressed that the use of UAPA against those students was an extension of the Modi government’s “crackdown” on dissenting voices. Arresting the students Meeran Haider and Saffora Zargar brought into light an emerging pattern of the government using the law as an instrument to repress dissent.

The organisation’s Executive Director Avinash Kumar cited the examples of the case against Kashmiri photojournalist Masrat Zehra, who was similarly charged under UAPA in April, and the arrests of human rights activists Gautam Navlakha and Anand Teltumbde, who was charged in the Elgar Parishad case along with other lawyers and activists.

The Delhi Police further charged two members of the Pinjra Tod group in a case related to the North East Delhi violence in February. Devangana Kalita and Natasha Narwal were arrested on 23 May and granted bail on 24 May. However, they were immediately re-arrested under another FIR. The FIR charged the students of Arms Act and Murder under the Indian Penal Code. The students were released last month after completing one year in judicial custody.

Where are we heading to?

Mr Kumar expressed that the Jamia students’ case, along with the detentions in the Elgar Parishad case, are “politically stimulated actions that are targeted at silencing those looking for state accountability.” He further pointed out that the Indian government have failed to its pledges and duties to protect human right defenders and the rights to freedom of speech and peaceful assembly. UAPA had been criticized by several human rights groups as being repressive and against the international human rights norms.

With an insatiable hunger for information, the Central government and most State governments have set out on a surveillance race. The current Indian Political events point out that India is steadily heading towards a police state. While politicians switch every five years, the country’s governance is being held by the bureaucrats who are pushing the ‘police state’ agenda. In a country where the democratically elected leader suspects every other elected member and its citizens, the process of transformation into a police state becomes quite easy.

Uneven economic growth and income inequalities: alarming revelation by covid-19 pandemic- how localities and states can play a part

Floods- Why are Pune and Mumbai prone to it?