After a year of the beginning of the coronavirus pandemic, the toilet tissue shortages have dropped to below pre-pandemic peaks and scraped for squares. In January, sales of bath-tissue decreased more than 4% from that time the previous year. Covid-19 prompted the Americans to shift the focus from toilet paper to other items such as clothes. The decrease, which occurs even though legions of Americans keep working and going to school from home, shows that stockpiling last year is starting to affect revenue. People took personally the conditions when they were not able to get it, so now, every time they went out, they got it.
Demand for clean paper increased during the initial weeks of the outbreak and doubled during the second week of March and continued to rise in most of 2020. America’s expenditure on toilet paper was over $11 billion last year, up from $9 billion in the traditional year. Rush on other home staple materials, from wiping to paper towels to the disinfecting of the products, resulted in similar or serious scarcity. But caused neither the anxieties of shoppers nor the surge in toilet paper.
The falling sales of toilet paper
During the early days of the pandemic, the internet was filled with memories and jokes around the lack of toilet paper. Tissue is just one of those items that have really shown the effects of the pandemic more than most, according to Fast markets RISI analyst Jonathan Rager, a pulp and paper industry analyst. P&G and Kimberly-Clark Corp., which manufactures Cottonelle and Scott toilet paper, all refused to comment about whether or not they have changed toilet-paper production as sales have slowed. Toilet-paper shortages were caused by a combination of increased use and stockpiling, according to executives at the time. Toilet paper for office bathrooms and public toilets is usually manufactured at a separate plant and distributed through a different supply chain than toilet paper sold in supermarkets. As a result, a market excess of higher-end tissue did not result from the abrupt decrease in demand for public-restroom quality tissue.
Meanwhile, though companies were able to rapidly increase capacity for cleaning supplies, hand sanitizer, and other high-demand goods, manufacturing toilet paper in bulk needs four-story-tall machinery that costs billions of dollars and takes months to construct. For the 52-week cycle that ended on April 3, toilet paper sales fell by 0.2 per cent. According to NielsenIQ, toilet paper prices were down 4.3 per cent in January 2019 compared to January 2020, when the pandemic had just recently hit the United States and the World Health Organization (WHO) has not yet declared Covid-19 a public-health emergency.
Paper towel sales increased by 10% year on year in January, while household cleaner sales increased by 75%. According to NielsenIQ, toilet-paper sales have dropped 14 per cent in February and 33 per cent in March since then. These decreases are due to similarities to times where demand was high. According to Mr Rager, the Fastmarkets analyst, the country’s papermaking mills which were working at 100 per cent capacity for most of last year, are now operating at 90 per cent to 95 per cent capacity, which is a more natural amount. These mills also have materials for paper towels, napkins, and wipes, which have seen less severe sales losses than toilet paper. Because of the cost and time involved in adding capacity to make commodity paper goods, as well as the fact that it is a market characterized by thin margins and stable demand, capacity and supply chains shifted little to meet pandemic-driven demand in comparison to other products. 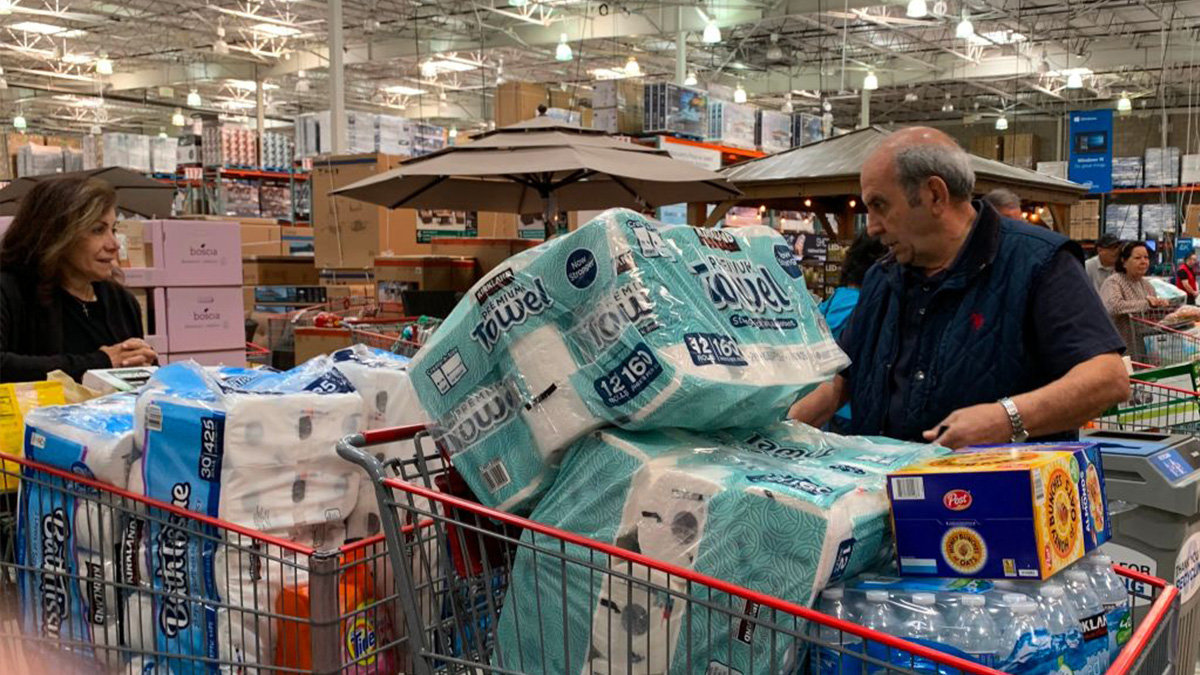 The rising cost of toilet paper
Toilet paper is made from softwood and hardwood woods, with the majority of the trees coming from the United States and Canada. Of course, not all of the raw materials are produced in the United States; others are imported from China, India, and Brazil. However, the bulk of toilet paper comes from domestic suppliers and is processed in the United States (US).
North America’s biggest paper product maker has reported that the price of its toilet paper labels, as well as other household goods, is expected to rise. Kimberly-Clark, a Fortune 500 firm that makes Cottonelle and Scott, said in a statement that the percentage increments will take place in late June and will vary from the middle to high single digits. Huggies, Pull-Ups, Depend, and Poise, as well as other newborn, infant, and adult care items, will also see price increases. According to the firm, the adjustment is needed to help mitigate severe product cost inflation. According to CNBC, other consumer goods markets have recently been impacted by rising commodity prices. In August 2020, J.M. Smucker raised the price of Jif peanut butter, and competitors followed suit. General Mills, the company behind Betty Crocker, Pillsbury, Cheerios, among other brands, announced plans to raise rates in the coming months in late March. According to Kevin Zweier, vice president of transportation at supply chain consultancy company Chainalytics, the vast majority of the toilet paper supply chain in the United States is domestic.
However, it is expected that the country will not face another toilet paper crisis until there is another government shutdown that forces people to waste the majority of their days at home.

By ananya
Follow Us
Weather
New Delhi, IN
Mist
29 ℃
32º - 29º
89%
2.06 km/h
32℃
Wed
34℃
Thu
35℃
Fri
35℃
Sat
35℃
Sun
Recent Tech News
Facebook Twitter WhatsApp Telegram Viber
Back to top button
Close
Popular Posts
Most Commented
Recent Comments
We use cookies on our website to give you the most relevant experience by remembering your preferences and repeat visits. By clicking “Accept All”, you consent to the use of ALL the cookies. However, you may visit "Cookie Settings" to provide a controlled consent.
Cookie SettingsAccept All
Manage consent