To explain one of the most disastrous situations connected with the coronavirus pandemic cordoning off the Indian subcontinent I would want you to imagine the following: The Ganges, India’s holiest river, has been flooded with bodies in recent days. Hundreds of bodies have been discovered floating in the river or hidden in the sand. Many who live near the river banks, where the bodies washed up in Uttar Pradesh’s northern state, fear they are Covid-19 suspects.

In recent weeks, India has been hit by a crippling second wave of pandemic. It has reported over 25 million cases and 275,000 deaths, but analysts believe the actual death toll is even higher. The bodies on the riverbanks, along with funeral pyres burning around the clock and cremation grounds running out of space, tell the tale of a death toll that has gone unnoticed and unaccounted for in official statistics. On 10 May, 71 bodies washed up on the riverbank in Bihar’s Chausa village, near the state border, bringing horror to Uttar Pradesh. Autopsies were performed on the largely decomposed remains, DNA samples were taken, and the bodies were buried in pits along the riverbank, according to Neeraj Kumar Singh, superintendent of police for Buxar, where Chausa is located. Officials speculated that some of the remains might be body pieces that had washed up on the banks of the Ganges during regular cremations, but that the bodies had been discarded in the water. To trap some more, the cops set up a net over the water. A day later, dozens of badly decomposed bodies were discovered strewn along the riverbank in Gahmar village in Uttar Pradesh’s Ghazipur district, six miles (10 kilometres) from Chausa, with wild dogs and crows feasting on them. Locals said the bodies had been washed up on embankments for several days, but officials had dismissed their concerns about the stench until reports of the bodies discovered downstream in Bihar made the front pages. When villagers from the neighbouring Ballia district went for a morning swim in India’s most holy water, they were met by dozens of bloated and decomposed bodies floating in the river. According to the Hindustan newspaper, police recovered 62 bodies. The riverbed in Kannauj, Kanpur, Unnao, and Prayagraj is littered with shallow graves. Many bodies are nothing more than a hump in the riverbed, but each one conceals a body. At least 50 bodies were discovered near the Mahadevi ghat. 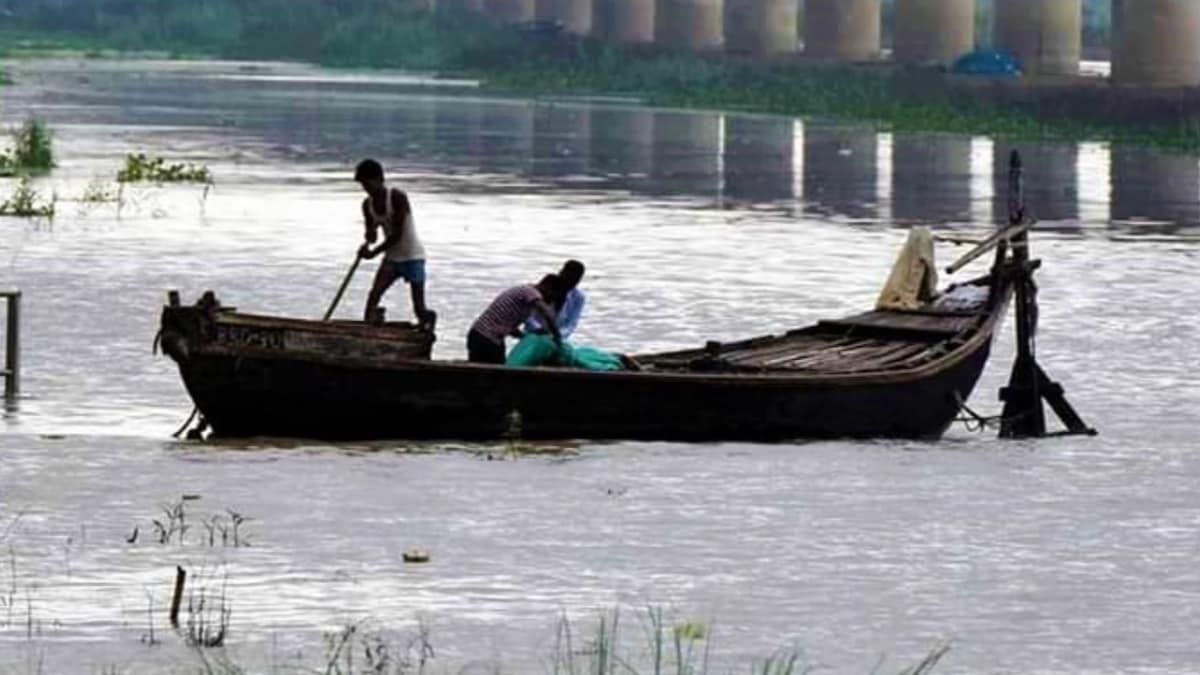 There is a massive disparity in the death toll.

In Hindu tradition, the dead are cremated. However, many cultures perform “Jal Pravah,” or floating the bodies of infants, unmarried ladies, or those who die of infectious diseases or snake bites in rivers. Since many poor people cannot afford cremation, they cover the body in white muslin and throw it into the sea. The corpses are often bound to stones to keep them buried, but many of them are floating free. Corpses swim in the Ganges on a regular basis. Officially between 16 April and 5 May, 196 deaths from the virus were recorded in Kanpur, but almost 8,000 cremation figures from seven crematoria were present. In April, all the electric crematoria worked 24 hours a day. Even that is not enough, so the government allowed the grounds to be used outside for wood cremations. However, they only took bodies with Covid-19 certificates from the clinics and several people died at home without any checks. Their families carried their bodies to nearby districts like Unnao or to the outskirts of town. They just buried them on the river bed, if they couldn’t find wood or a cremation place. A Prayagraj journalist said that he suspected that many bodies either were patients from Covid who died without a test at home or were poor citizens who could not afford cremation. However, they were not even included in the statistics — they died unnamed and were buried unknown.

It is heart-wrenching to even think that these floating bodies which we are talking about now were all once somebody’s son, daughter, brother, dad and mum. In death, they deserved some respect.

The discovery of graves and rotting bodies, and concern that the coronavirus could infect them, have shocked the villagers along the banks of the river. The Ganges is one of the world’s greatest rivers that originated in the Himalayas. They claim, Hindus, that bathing in the Ganges would purify their sins and use their water for rites of religion. A 63-year-old village man from Kannauj Jagmohan Tiwari told a local channel that he saw “150-200 dead bodies” on the river bed. People fear that if it rains and that the water levels increase, the bodies buried in the soil will start flowing into the rivers. The State Government outlawed “Jal Pravah” recently and provided money for poor families who could not afford cremations. Police pulled bodies from the water in several areas with sticks and recruited boatmen to take them to the sea. There, the decomposed bodies are deposited in pits or burned on funeral pyres.