The Congress has prepared a draft model law that will be legislated by party-ruled states in order to annul the central farm laws.
Sources said on Friday that the model law has been drafted and will soon be sent to Congress-ruled states to replicate it in their state assemblies.
The move comes days after Congress chief Sonia Gandhi asked states under party’s rule to enact legislations to bypass Centre’s three farm-related laws that have triggered protests by farmers. 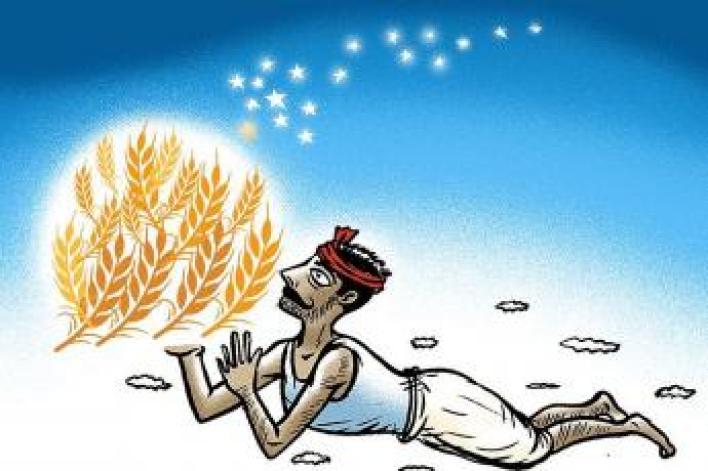 The move also comes ahead of the tractor rallies to be taken out by the Congress in Punjab and Haryana from October 4, in which party leader Rahul Gandhi will participate. The rallies are part of Congress agitations against the farm legislations.
The Congress is strongly opposing the three legislations and it has launched countrywide protests in each district and Vidhan Sabha on Gandhi Jayanti.
The Congress president had advised the Congress-ruled states to pass laws in their respective states under Article 254(2) of the Constitution which allows the state legislatures to pass a law to “negate anti-agriculture central laws” that “encroach” upon the state’s jurisdiction under the Constitution.
The Congress claims that rules under Article 245(2) allow a state legislature to enforce laws “repugnant to the parliament law”, a provision used by the BJP earlier against the central land acquisition act.
The sources said that while Congress-ruled states are set to pass the law, some of the non-NDA ruled states are also likely to pass it, as they are opposed to the central farm legislations.
Parliament had passed The Farmers’ Produce Trade and Commerce (Promotion and Facilitation) Bill, 2020, The Farmers (Empowerment and Protection) Agreement of Price Assurance and Farm Services Bill, 2020 and The Essential Commodities (Amendment) Bill 2020 during the Monsoon Session and the president granted his assent for them.
The laws seek to liberalise the agriculture sector and allow farmers to sell their produce anywhere in the country they want at a better price.
The model law brought by the Congress will be called the Protection of Farmers Interest and Farm Produce (Special Provisions) Bill that has been cleared by party MP and legal expert Abhishek Singhvi.
The model law shall declare “null, void and inoperative” anything that is inconsistent in the three central legislations with the state law. It will also include a provision to ensure that no farmer shall be paid below the minimum support price for the price of the produce.
The draft model bill seeks to ensure safeguards for farmers including the minimum support price regime and the framework under the APMC Act to protect their interests.

Pompeo, Vatican clash over China after tensions spill out