India is a country that is prominent all over the world for its idea of democracy and freedom that it is known to provide the citizens with employing media. There are several rights and laws related to the freedom and equality of the people. These rights, responsibilities, and duties allow the people to have freedom of speech and expression and much more. This is a way that has been decided by the constitution to enable everyone and anyone to work according to themselves and avoid any hindrance of thoughts.

The constitution of India is equal for all, including the poor people, the middle class, the rich class, or the government officials, no matter what rank they hold. It is extremely important that these laws are implied all over the country for efficient working and performance without the existence of any problem. Speaking of government involvement in freedom, the Modi government does not even act like the one who would try to convince others by its steps, judgments, or ideas. They instead prefer slamming the face of the opposition and making them shut by extreme forces. This not only adds to the inefficiency of the union government but hinders the voice of the citizens of the country.

It is the duty of the government to implement the laws and allow the citizens to practice their basic rights. However, the present government tries to do the opposite, and themselves take away the freedom or rights given employing several unethical and forceful means. 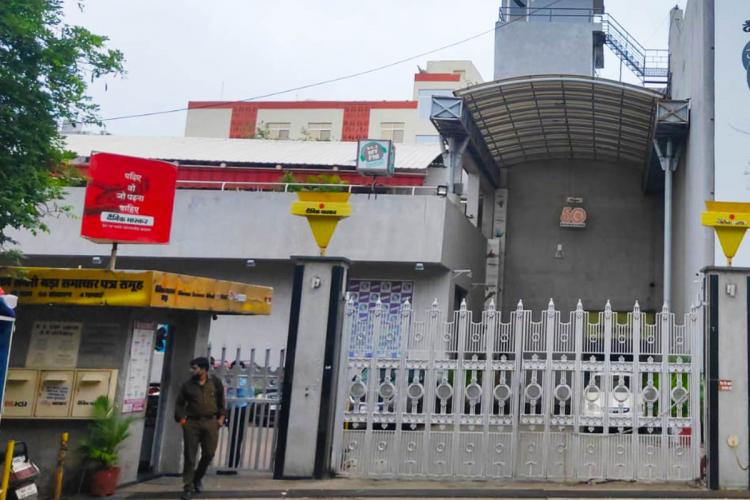 On 22 July 2021, the well-known Media company Dainik Bhaskar was blamed for tax evasion, according to the Income Tax Department of India. The department conducted all the searches related to the taxation policies throughout the offices of Dainik Bhaskar all over the country. The officers included the residence and other work premises, which were located in different states of India.

Social media platform was basically to share opinions and not be a victim of ill-actions of the Modi government.

The Right to Information Act was established to allow various citizens and individuals to understand the working of the government and keeping things transparent. It also allows us to gain knowledge about the recent policies or anything else related to government and its functioning. The individuals and citizens of India have a right to oppose any thought they do not like by the method of criticizing. In the past few years, social media has become a significant platform wherein people could share their thoughts, ideas, and views related to anything that happens around them. Several social media sites like Instagram, Facebook, and Twitter allow other users to post anything of their own accord until and unless it is objectionable or against basic human rights. People use this medium along with the media to criticize the government for any fault that they might have in the working or to praise them for any positivity that they bring to society.

However, the government should be highly supportive of these rights in order to make them successful. It is the government that is liable to implement all the laws, responsibilities, and duties in a specific country. It becomes extremely difficult and obstructive if the government itself is a reason behind the improper presentation of one’s thoughts and ideas. It is our basic right to criticize the government for anything wrong that they do. However, the government is not glimpsed taking the critics in a positive manner and is instead trying to shut the mouths of citizens by various harsh methods.

BJP does not like criticism, but controversies love Modi First of all, our government has immense power, which they should not forget is given by the people of India. However, the government is using the powers and abilities to function against the people and silence their voice publicly. There have been several instances wherein the union government or the BJP government has tried to suppress the media when they publish something which is not in accordance with the government.

The BJP government obviously doesn’t like any criticism, But howsoever, it turns out to be the major focus of controversies. The government is not focused on being determined to work for the criticism that it faces or the failures but instead prefers to dismiss the voice of media companies to avoid any further acknowledgment. The BJP government, along with several other parties, seems to support the media companies who support them in their ideas and uplift their reputation. But the ones who criticize the negative decisions or actions of the government are made to shut their voice by one or the other criteria.

All the premises and residences related to the Dainik Bhaskar and Bharat Samachar companies are being searched by the Income Tax officials. 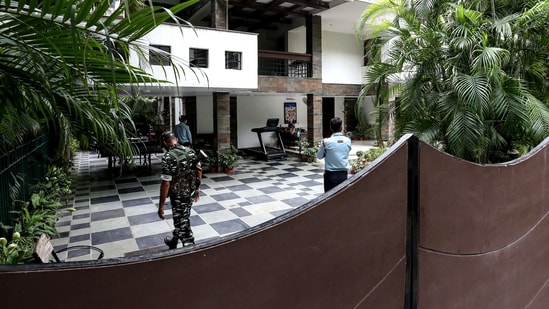 On a similar note, the residence and office premises of the Dainik Bhaskar promoters in all the states, including Madhya Pradesh, Maharashtra, Delhi, Rajasthan, and Gujarat, have been temporarily shut. The major reason seems to be their releases against the government, which was not positively considered by Modi or his supporters.

There was initially no official announcement or statement by the Central Board of Direct taxes, but the confirmation was given by the tax officials about the raid. All the mobile phones and contact devices of the employees and workers in the Dainik Bhaskar office had been confiscated by the officials. None of the people were allowed to go out of the office premises and had to stay in till the final search process gets over.

The other media company that was attacked by the income tax officers was Bharat Samachar. Both the companies are blamed for income tax evasion because of which they are being searched all throughout their premises.

The resources of such allegations mention that the company has floated numerous media corporations for this objective to be fulfilled, with the employees being the shareholders and directors. Black money or the so-called hidden monetary assets have been employed in several investments related to personal and business objectives. According to the resources, there were several studies and analyses of the database related to the department and banking details, based on which the raid took place.

The allegations hold no truth, and it is the Modi government plotting against criticism: Dainik Bhaskar workers and employees. 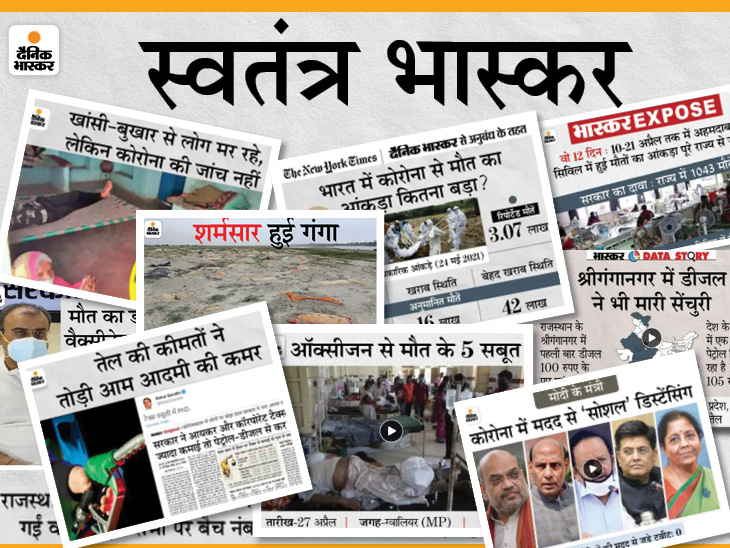 In spite of all these allegations that are put forth by the tax department and several resources, Dainik Bhaskar dismissed all of them. According to the media company, the tax raid is not because of some hidden monetary assets or black money. The major objective seems to be that of the union government. We are all aware that Dainik Bhaskar is one of the main critics of the government for the past few months, especially during the covid times. Though we are not certain of any fact as of now, there is a high possibility of involvement of the Modi government.

Dainik Bhaskar revealed the inefficiency of the government and other officials several times. Dainik Bhaskar has been an open newspaper and media company where many things are posted with great criticism and opposition to the decision-making authorities and policies made by the government. This might be a possible reason for the immediate income tax raid on its offices. The company has been firm and dedicated to the idea of revealing Identity no matter what hardships it goes through. Dainik Bhaskar, as a media company, has been filled with fearless, outspoken, and courageous workers and journalists who put their efforts into bringing out the actual truth for the viewers.

There have been instances and reports related to the risks that media companies take while criticizing or opposing the ruling government. However, these reports again prove to be a reality when several media brands and individuals are suppressed merely because of the criticism and truth they reveal to the public. 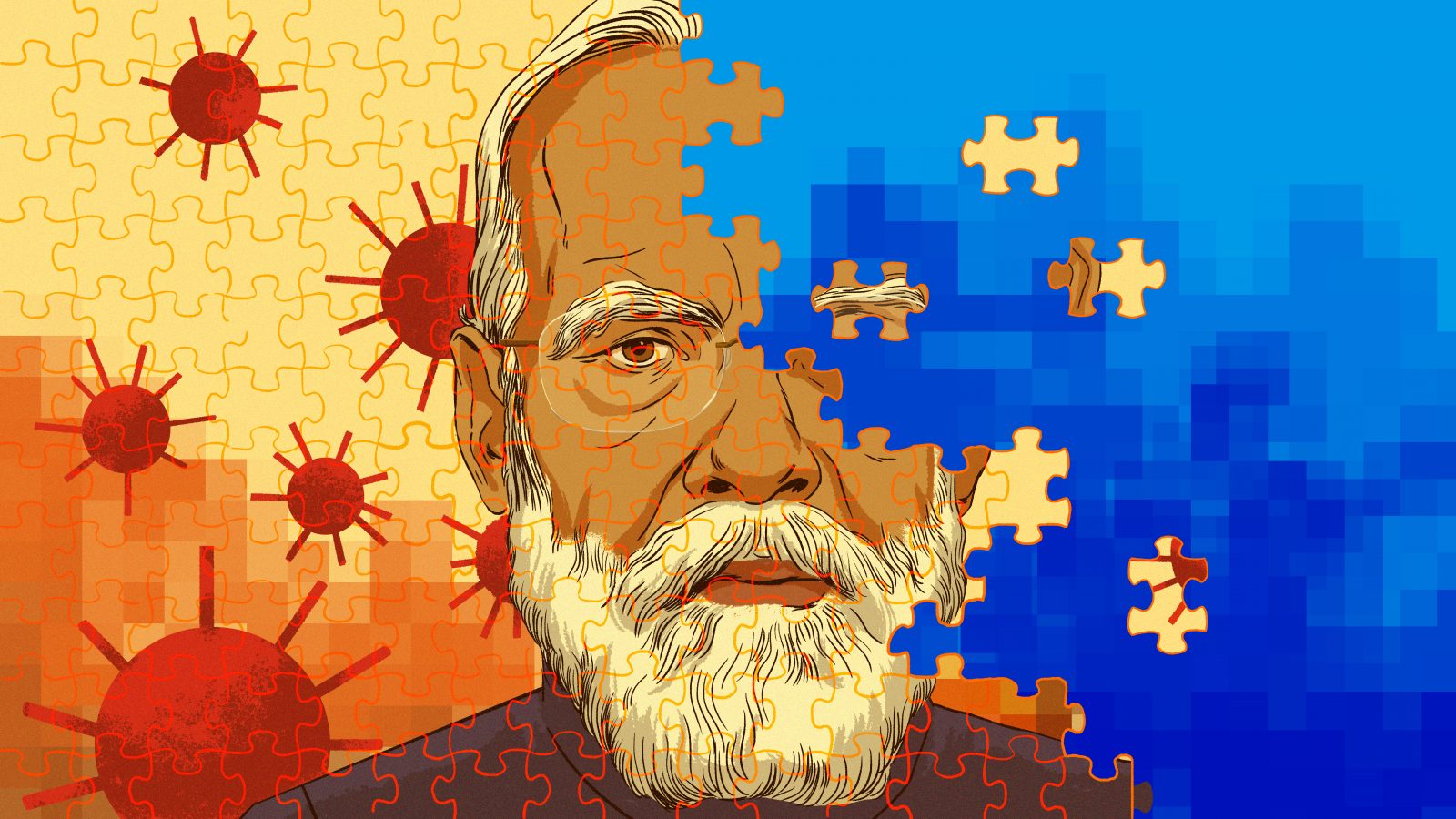 Even if we ignore this instance of a media company being searched for income tax regulations, there have been prior instances where the union government or the BJP government deprived people of posting things on social media which were related to their criticism. During the second wave of covid several people created telegram groups, Twitter groups, and other social media platform groups. These were the groups where individuals shared the information related to the available covid resources and also enabled the people in need to ask for the same.

However, the BJP government and other officials even made those individuals block and closed their accounts, blaming them for the delivery of false messages and fake news. There were several people who were helped by such online groups but were still closed due to the forceful acts of the government. It is not the first time that the government has tried to make the people silent. It is one of our fundamental rights to have freedom of expression and speech, which is surely being interfered with by the union government.

People usually keep shut because of the extreme powers that are in the hands of the government, but they forget that the people they brought to power could also come to the ground on their own voting and selection decisions.