India is under the severe grip of Covid -19; as cases surge all across the country, the Prime Minister in one of his live telecasts has appealed to all state governments to speed up on the testing for Covid -19 and the vaccination drive.

In the last 24 hours, India has reported 1,84,372 new Covid -19 cases; this is the biggest single–day spike in the cases in India since the pandemic began, and for the first time in 2021, the country has reported more than 1000 deaths.

However, India is not just battling the rise in cases; even as the country seems to have entered the second wave of Coronavirus in a big way, the rest of the world is battling with the mutations in the virus.
Even though several pharma companies have launched their respective vaccines, some of these vaccines, like – J&J, AstraZeneca have been seen to have an adverse effect on those on whom they were administered. Hence, several countries have halted the use of these vaccines. 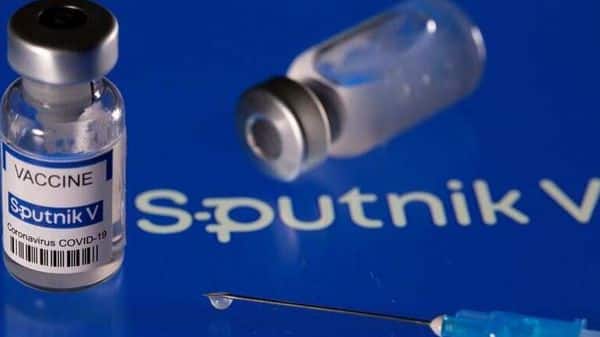 India’s Bharat Biotech’s Vaccine – Covaxin, which is still in Clinical phase Trial -III, is already in use in India; however, since the cases are surging, and the health infrastructure struggles to cope with the caseload, the centre has also now approved the Russian Sputnik.
Incidentally, Dr. Reddy’s Laboratories is the sole licensing partner for Sputnik in India; the VaccineVaccine has shown much promise and better efficacy as compared to all the other Covid -19 vaccines in the world.

What is Sputnik Vaccine?
The VaccineVaccine has been developed by the Gamaleya Research Institute of Epidemiology and Microbiology in Moscow; Sputnik-V is a viral two – vector vaccine based on two human adenoviruses – a common cold virus – which contains the gene that encodes the full-length spike protein of SARS – CoV – 2 to stimulate an immune response.
The Vaccine was developed by a cellular microbiologist team of the government-backed Gamaleya, Research institute.

Sputnik – V vaccine uses both recombinant adenovirus types 26 and 5 as vectors; they are biotechnology–derived and contain the SARS – CoV – 2 S protein cDNA.
The VaccineVaccine has by far beaten all other Covid -19 vaccines with the best efficacy as compared to all vaccines, including Moderna and Pfizer shots, with an efficacy rate of 91.6% How Sputnik – v works?
Sputnik – V vaccine uses both recombinant adenovirus types 26 and 5 as vectors, i.e., it uses a combination of two different adenoviruses – viruses responsible for the common cold, they are biotechnology-derived and contain the SARS – CoV – 2 S protein cDNA, to deliver the SARS – CoV – 2 virus to the human body.
The vaccine enables the human body to effectively recognize the threat and safely generate antibodies to stave it off.

India’s Vaccine Tally – 3
India had already approved the use of Bharat BioTech’s Covaxin and Covishield of Oxford AstraZeneca, which Serum Institute manufactures, and adding to the list id Sputnik – V, which has been cleared for emergency use by India’s drug regulator – the Drugs Controller General of India (DCGI) hence, making it the third Vaccine approved in India.

Sputnik – V, finds a market globally
After the alarm raised by AstraZeneca and J&J, Sputnik – V has found acceptance in almost 60 countries across the globe.
According to the Russian Direct Investment Fund (RDIF), India is the 60th country to approve the use of Russia’s Sputnik – V Covid -19 vaccine.
Other countries that have approved the use of the Vaccine include – Argentina, Hungary, UAE, Iran, Mexico, etc.

Sputnik – V’s efficacy rate
The Vaccine has the highest efficacy rate compared to all other vaccines; the VaccineVaccine has proved to be 91.6% effective in phase – 3 clinical trials that included data on 19,866 volunteers in Russia. According to an interim analysis of the trial data published in The Lancet, Sputnik-V doesn’t have any serious side effects. Use Guidelines for Sputnik – V
The vaccine is indicated for active immunization to prevent Covid – 19 disease in individuals of more than 18 years of age.
The Vaccine should be administered intramuscularly in two doses of 0.5 ml each with an interval of 21 days.

Advantages of Sputnik – V
It uses two different vectors for the two shots in the course of vaccination, providing immunity with a longer duration than vaccines using the same delivery mechanism for both shots. RDIF says that they are no strong allergies caused by Sputnik V.

Conclusion: Compared to the other vaccines available in the market Sputnik – V shows the best result and the most efficient when it comes to the efficacy of the VaccineVaccine.
India has taken the right decision to include and approve the emergency use of Sputnik – V for emergency use, even as we race against time to control the spread of the Covid -19 pandemic.