The Delta variant: The world is unstoppable and is constantly evolving and developing. The global economy is always been on the rise and has never looked back after it started to grow. Thank to the process of globalisation, which has benefitted every single country in different ways.

However, one and a half years ago, when everything was going fine and the growth of the economy was at a very fast pace when the COVID-19 virus started to spread. It was something that no one ever expected. It was so fatal that it forced the whole world to get locked inside their homes. The whole world was suffering from it, the economies were paused and we all were waiting for the situation to get better.

However, a few months later, when the economy started to open up again, the much-needed revival of the global economy. The demand for goods and services which were previously paused started to rise again and businesses started to work with appropriate protocols. However, our country suffered again when the second wave of the virus started to spread. It was the more fatal Alpha variant that spread during the second wave, completely destroying the healthcare system of the country, as well as its economy.

The second wave has passed too, and people have not learned anything from it. People have become negligent and are ignoring the much risky fact that the virus is still there, and their lives are much more important than work. However, with the news of the new Delta variant of the virus being spread across the globe and the expected third wave of the virus has been giving threats to the country. The vaccination rate is rising but the population of our country is huge, and it will take a long time to vaccinate the complete population of the country. The Delta variant is a strain of the long-existing COVID-19 virus which was first reported in India in December 2020 and later was reported in the United States of America in March 2021. However, it has been constantly spreading worldwide creating much tension among the people. It is said to be much more faster than its predecessors and not only that, it is said to be more fatal than any other variant and is a risk to people of all age groups.

Its spread has changed gears in recent months and now is on the rise. It has been constantly spreading across the world and has created tension among the government and the people. Two weeks back, Joe Biden, the president of the United States said in an interview that this variant is no joke. People have to take this seriously in order to protect themselves as well as their families.

But are people fearing the Delta variant of the virus? Are they taking necessary precautions? Let us find out together.

Talking about the public, many effects of this Delta variant of the virus is not seen. People have now become reluctant and are not giving any consideration to the virus. Even after witnessing what the condition of the country was during the second wave of the virus, people have not changed their behaviour. Not to blame the people, not many efforts have been done by the government to strengthen the healthcare system.

One good thing which is happening in the country is the rising rate of daily vaccination jabs. People have realised the importance of getting vaccinated and the government has now learned from their previous mistakes which led to an insufficient supply of the vaccine. However, the economy has been severely impacted by the rising threats of the Delta variant of the virus.

Talking about the economy and not including the stock market is near to impossible. Fearing the virus, the world witnessed the falling down of the stock market in recent months. DJIA, a widely watched stock market of the US reported its biggest decline in almost 10 months, majorly due to the COVID-19 virus. The new strain of the virus is said to hamper the revival of the economy. 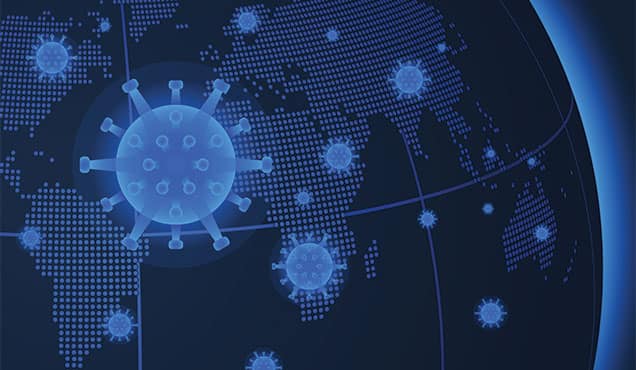 Thank to the Delta variant of the virus, the investors are now having second thoughts about investing during this uncertain time period. Global trade has once again been affected by this strain of the virus. Exports play a major role in the development of nations, especially Indian and hampering the export sector during this period where the economy needs a revival is dangerous.

Moreover, the businesses have to work with certain protocols, like having 50% staff or facilitating work from home which has created a problem of meeting the rising demand of the general consumer after the pandemic. With the new strain of the virus, the Delta variant, restrictions on the working of the businesses might get stricter if the Delta variant of virus is not contained.

Rising consumer demand is very beneficial for any country, but due to lack of labour force and the COVID-19 restrictions, the businesses have failed to meet the demand which not only leads to failure of the economy but also leads to distrust among the people. The shortage of electronic chips which happened recently is a very good example of the same. Businesses worldwide suffered big losses due to this shortage which was a result of the hampered supply due to the Delta variant of the virus.

The most rising fear currently is the ability of this strain to spread across the world. It won’t take much time to destroy the economies if it starts to spread. Nothing can be predicted during this uncertain period, but everyone is hoping that the countries can curb the Delta variant of the virus this time.

Recently, the Australian government imposed a lockdown in several states of the country, after the number of cases started to rise again. However, the general public on the other hand continued their negligent behaviour and started to protest against the lockdown. In India too, people are not staying at their homes with most of them going on vacations to various hill stations of the country, leading to the massive spread of the Delta variant of the virus. The seriousness among the public is much needed during this period.

The prevailing inflation during this time where people do not have money and are using their previous savings is very harmful to the economy. Banks have suffered too from the COVID-19 pandemic as they witnessed a growth in the number of bad loans. There is a strong need for the government to release new policies for the benefit of the country’s economy.

There must be a rise in the supply levels to prevent the economy from contracting. On the other hand, the citizens should also be responsible as we play a major role in curbing the virus. We all know how hard it is to stay at home for such a long period of time, but we all are in this together and this fight can be stopped only if we all follow the necessary protocols. The situation will surely get better and we will win this fight too.