Germany has been facing calamities after calamities; the latest in the wake of massive devastation caused by the floods in the country comes the news of an explosion at an industrial park for chemical companies which killed at least one person with 16 persons injured and 4 pronounced as missing.

The explosion happened at a waste management facility of the Chempark site in the city of Leverkusen, near Cologne, emitting a large black cloud into the air.
Initially, Germany’s Federal Office for Civil Protection and Disaster Assistance classified the incident as “an extreme threat”; However later, as the firefighters tested the quality of the air said that there did not appear to be any danger to the nearby inhabitants of the locale even as the officials had earlier asked for the local population to take shelter inside. However, after the assessment done by the fire officials, the Cologne fire department sent a tweet that measurements of the air’s pollution ” do not show any kind of abnormality”.
In an official statement released, the officials stated that the explosion occurred in storage tanks for solvents, following which four people have been hospitalised with severe injuries.

The Head of Chempark, Lars Friedrich, in a written statement, said, ” We are deeply concerned about the tragic accident and the death of our employee”.
The company that operates the chemical plant, Currenta, said that the explosion happened at 9:40 am and subsequently developed into a massive fire.

Following the explosion, several nearby major highways were shut down even as a large number of officers, firefighters, helicopters and ambulances were pushed into service. 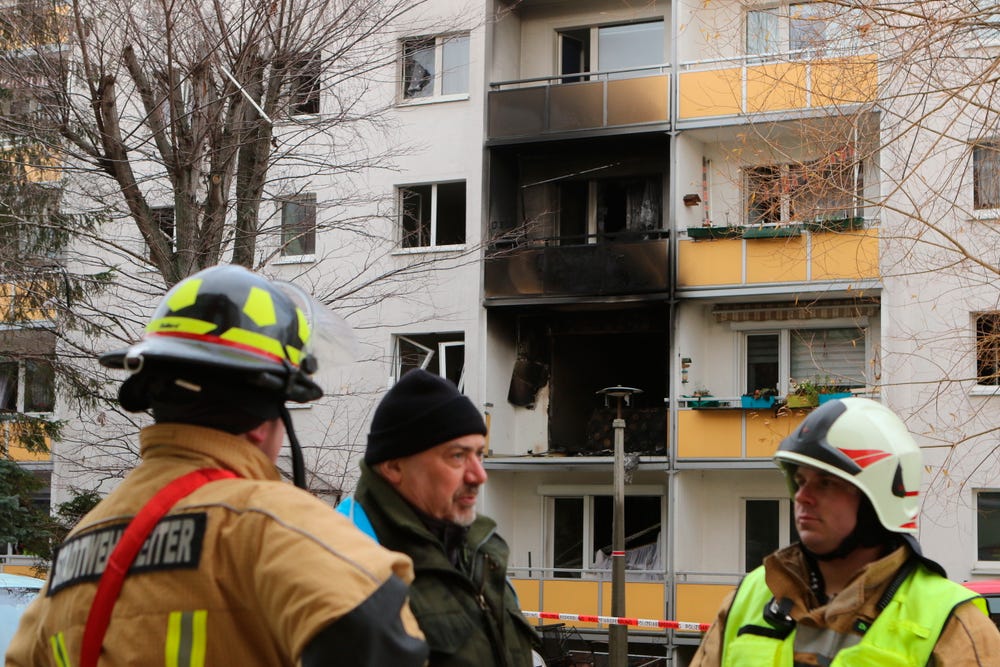 Bayer, one of Germany‘s biggest chemical companies, is located in Leverkusen and has a population of 1.63,000 and borders Cologne, Germany’s fourth-largest city with approximately 1 million inhabitants.
Currenta, the company in which the chemical explosion happened, has three facilities in the region.

What is happening in Germany?

Germany has been in the news for massive flooding, which caused sinkholes and landslides causing enormous destruction to property even as many were reported dead or missing.
Citizens affected by the flash floods recount horror tales of how the water gushed into their homes amid what sounded like an explosion and took away everything in its way as the waters gushed into homes, offices etc.
Eight days on, people are struggling to clean their homes if the structure is still standing; others were not so lucky with their homes washed away in split seconds. Many areas are still without running water, electricity or gas – almost 42,000 people have been affected, 128 people have died, 766 injured, and 155 are still missing.

Covid and Germany
Germany was also one of the hardest-hit countries as the Covid -19 pandemics spread across the world.
As of July 21, 2021, Germany’s seven-day incidence of Covid -19 infections per 100,000 inhabitants has more than doubled within the past two weeks, which is a matter of great concern.

The government is also estimating that the catastrophic floods in parts of Germany may lead to a rise in Covid cases as many people are housed in emergency shelters.

Wearing a mask when everything else has been washed away also sounds a bit stretched as thousands struggle to come to terms with the loss of property or a family member. To date, Germany has registered more than 3.74 million Covid -19 infections, and the death toll has now climbed to 91 397 as of Tuesday.

Delta variant brings uncertainty in economic prospects: new covid-19 variant- What does the future look like?