Company owners are investing their time and effort in upraising the fortune from its digital services. Mahindra & Mahindra Co. are heading ahead following the same trend. The leading company in Indian sports utility vehicles is betting on electric cars and related services to revive its dominance. The company has diversified its operations in digitalizing its setup. The change is the vision of Mahindra’s new chief executive officer Anish Shah. Over the past seven years, Mahindra has been plunging record low figures in the automobile industry.

Its SUV market share has been on a declining trend and has reached an appealing 13%. The potency of Mahindra back in 2014 was one of the highest in India. The lack of capital investment from the company’s shareholders has bamboozled the operations entirely. Alongside, the reiteration of the pandemic has been a monstrous blow to the automobile industry.

The company recorded successive losses in two quarters of last year in about two decades. The company’s impromptus were on an ever-lasting trajectory until the pandemic emerged and competitors sought their investment procedure to their advantage. Mahindra & Mahindra Co. owners were looking to establish a venture partnership with Ford Motors, which eventually broke down due to high stakes’ demand.

The company’s ambitions for the fiscal year FY22

Anish Shah, the current CEO of Mahindra & Mahindra Co, asserted that the company’s focal point at this moment is to sustain inside the dynamic automobile industry. The staggering thing that shocks everyone is that the company had such enormous wealth, then how come now facing a long-standing battle procuring finances for investment. That’s all in the past, said Shah, who was previously Mahindra’s chief financial officer.

“At this point, I’m looking at it as more of a growth story rather than a turnaround story,” he said in an interview. Mahindra &Mahindra Co has been a heavyweight producer of tractors and farm equipment made its mark in the automobile industry when it launched the astounding Mahindra XUV 500. The emerging trend of SUVs got its first threshold in India, all thanks to Mahindra. The profounding aspect of SUVs is that it provides satisfactory driving exposure for the customers.

Shah is the leading figure of the 76-year existing conglomerate, said that the company is exiting from money-losses businesses in the upcoming few months. Mahindra Group’s CEO Anish Shah is working out all sorts to find a solution to retrieve the company from staggering losses. The executive has been hustling his way into the company’s recognizable list for seven years. He is setting out a road map to get operations back on track with a vision to reach pre-pandemic level growth rates.

Anish Shah claimed that the future growth would get underpinned by SUVs, electric cars, and digital services. Investors look set to be on board with the decision as they are confident that the Mahindra Group conglomerate would eventually reach where it belongs. The company has decided to shift focus towards the Core SUVs rather than the whole SUV market. The company has learned its lessons after the consequential downfall in the market share.

The launches outside of the core have not worked out so effectively. The company is reliant on its core structure, and the recent adaptability process has not mended well. In an interview recently, Anish Shah said that he wishes to bring along new hope and enlighten new opportunities. He would become the first professional managing director of the diversified Mahindra Group. He takes over the reins from Anand Mahindra in November. 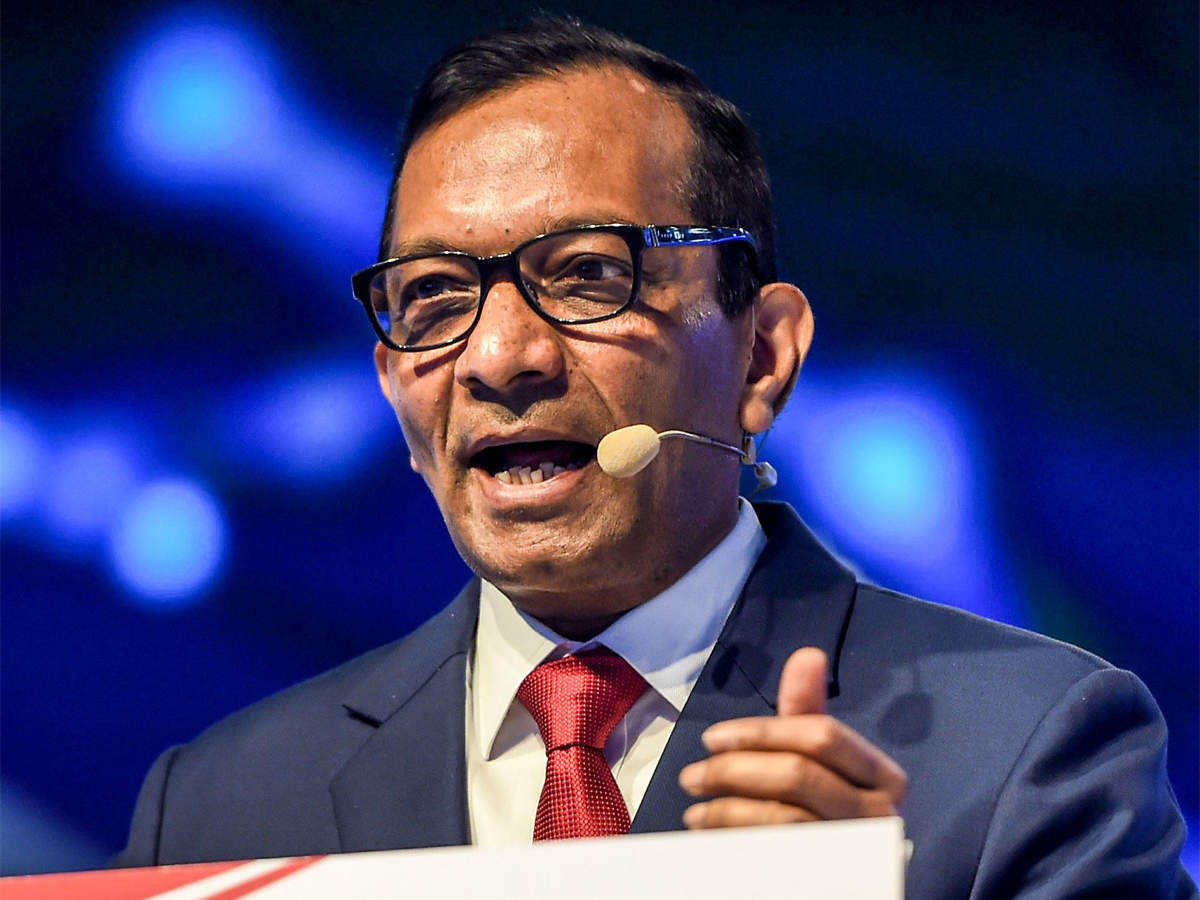 What is the mantra for Mahindra’s growth in the upcoming future?

In today’s scenario, every alternative household has complied with an SUV. Mahindra’s share price has fallen since the emergence of big marketing units like Hyundai, MS, and the most recent, Kia. Regaining the market share becomes critical for Mahindra as 60% of revenue comes from its automotive business. Shah is betting on its new Thar Model, a four-wheel-drive reminiscent of its earlier success Scorpio.

The long waiting list stretches on for about a half and a month. The prescripted buyers in previous times have shifted from Mahindra due to its lackluster performance in SUVs. Although, the change of CEOs could imprint a new storyline for the gigantic Mahindra group. The Mahindra SUVs are known for their cupid offroading quality, and the company has innovated way too much. The claims came out from Anish Shah, who brings forward a list of changes.

The conglomerate is also banking on electric vehicles as Shah sees them overtaking the gas guzzlers by 2030. Although Mahindra readily studied the market trends, the market is getting crowded with a slew of manufacturers offering zero-emission cars. The condescending aspect of the whole thing is that Mahindra Logistics has collaborated with Flipkart for EVs’ deployment. What the venture could mean for EV production gets explained in detail in the latter part of the article.

The rebound in India’s overall car sales could get hampered by the inducement of another lockdown. The coronavirus surge has already sparked curfews and restrictions in some parts of the country. The vaccine rollouts acceleration has not been up to the mark yet. Thus, the prolonged regression in customer demand is an advent indication for the automotive business across India.

Turnaround is possible, but the consistency in growth rates could prove difficult. The uncertain times are taking affluence away from the markets, and hence it is transforming into a conservative syndrome. Therefore, Shah is not confident of a rebound in the current scenario. The company will oversee itself indulging beyond automobiles for growth. The vision is to venture with digital startups that have the potential to grow into unicorns.

The company needs to traverse beyond the concept of capital venturing without guarantees of returns. Shah said that, however, the focus on capital allocation isn’t over. The company’s priority would ensure that Mahindra’s Group business stays on track from a returns point of view.

Homegrown e-commerce giant Flipkart, on Tuesday, announced its partnership with Mahindra Logistics Limited. Flipkart’s motive behind this deal is to fast-track the deployment of electric vehicles across its logistic fleets. Throughout the partnership, Mahindra Logistics will be working as a helping pindown for Flipkart. It will look to create a conducive environment for EV deployment and operations across the country. Mahindra Group, in the aftermath of mounting losses, decided to shift the company’s focal point.

Towards the end of 2020, Mahindra Logistics had launched its electric delivery brand EDEL. What happened afterward was nothing short of a perfect transformation. The company, which was down and out in the automobile industry, suddenly became a vital aspect of the e-commerce segment.

The partnership will cover the facets like building supporting infrastructure and technology. The technical area will get filled up with charging stations and parking lots. EDEL currently operates in prominent metro cities including, Bengaluru, Mumbai, Delhi, Pune, Kolkata, and Hyderabad. The conglomeration activities get diversified, which will open the scope for investments and profitable revenues.

Mahindra is looking to cash in on cost-cutting measures to improve its financials.

The company’s representative, Anish Shah, asserted that what the company has done over the past two quarters can be reflected upon their farms and agribusiness. The automobile industry had a sluggish end towards the last quarter of 2020. The cost-effective measures would be the noteworthy sustained aspect of the company’s future productions. Crisis becomes an opportunistic event for people sometimes, and the Mahindra Group had taken its time to review what went wrong.

It is revolutionizing a whole new dimension into its automotive business and also the digital synopsis. The company is looking to surpass the big slandering slew of manufacturers by the turn of the decade. In the coming years, we could see the company in better stead and once again a leading force in India’s industrial index. The priority would be evading the loss-making international subsidiaries.

Mahindra Group is banking on the reduction of losses to Rs. 300 crore by the end of the fiscal year 2022-23. With all the stuff going around, the company’s assurance should not compromise with its quality. While the international subsidiaries gained massive profits, the domestic accounts suffered due to the restrained demand.

The company’s new CEO unveils that the previous issues have got addressed. He asserted that the company is on the verge of expanding its focal length across digital services, marketing, and many other tech-related services. The profit-making entities get sub-categorized according to their rates. Anish Shah that this would help to eradicate the problem from the lower rate brackets.

Mahindra Group wants to seize through the industry again, and for that to happen, significant cracks in the company need to get evaded shortly. The company’s board of directors has sighted the EVs market as a primary revenue booster for the next two quarters. The paramount aspect of load transport would enhance as the focus shifts from small four-wheelers to SUVs that brags the markets with a bang. Mahindra Group recently announced a separate vertical to address the market segment.

The company is giving more attention to electric vehicles as the competitors are scheduling their launches for 2023. Anish Shah asserted that the company has started installing measures to accelerate the development and production of EVs. If everything kicks bangs on, we could see Mahindra’s EVs by the end of the year. The born-electric platform would establish its core within the global markets in the forthcoming three to five years from now.

Mahindra Group is going to spur up soon, and the automotive businesses will look a much better picture. Anish Shah would take over the reins to become the New Chief Executive Officer, and its vision to expand EVs will be on the floor starting from November. Mahindra Group will also have a product that will get launched with Automobili Pininfarina, and that will be one of the best electric cars in the world.

Facebook data breach: here is what has happened and how you can check whether you are safe

The Rise of E-Learning with Byju's; How Did Byju Raveendran's Vision Fall In Place to Become the Second Most Valuable Indian startup?