In an inter-ministerial affair, the government consociates a new draft regarding the Indian e-commerce policy. The government decided on amending impactful changes in the e-commerce sector. On March 13, the revelation was done through a statement that certified changes get implemented for the prolific functioning of the digital industry of India. The government affirmed that the policy would get unveiled after consultation with various stakeholders later this week. The rise of the e-commerce sector reflects the rapid penetration of the internet across the states, which has helped businesses conduct their activities digitally in a large geographical area.

The government is in the final stages of drafting the new e-commerce policy, and from what the outlook leaks hinges, it senses trouble for the big game changers like Amazon and Flipkart. The retail platforms in India will have to ensure that there are equal rights and conditions for the sellers prevailing in the industry. Furthermore, the initial draft was formed in November 2019 by the government. At the moment, it stated that the FDI e-commerce prevalence would limit to the marketplace only, and it will eliminate the inventory-based selling for the foreign investors in the Indian e-retail market.

“E-commerce operators must ensure equal treatment of all sellers/vendors registered on their platforms and not adopt algorithms which result in prioritizing select vendors/sellers. Actions and things that cannot be done by the platform entities can also not be done by any of its associates and related parties,” read the draft e-commerce policy, without divulging any further details.

The e-commerce industry has a dynamic dimension, which needs mobility to sustain within the global markets. The government reference on the concerned topic has always been confusing, and it does not hold a precise conception. Keeping in mind that this is not the first time that the government imposed a draft on the e-commerce policies. It is becoming evident that a set pattern needs implementation for the long run. In 2018, it had come up with Press Note 2, revising the then-existing Press Note 3. It asked marketplaces to ensure that they do not sell products of their group companies on their platforms.

Flipkart recently suggested its preferred sellers procure goods directly from the suppliers, which is against the existing model that runs the e-commerce activities now. The situation has evolved as the whole unit of Flipkart now sells the products to the sellers themselves. Many traders have alleged the market places manipulating the interests of the customers by using their data to their advantage. The marketplaces while selling third-party products as listed under the draft could not obtain any sort of advantage by using customers’ data on the website.

Significantly, these restrictions that applied to Flipkart and Amazon might also now apply to their associates and related parties. It also says that they will update it from time to time to see if the companies are following the set structures. The drafts published were not straightforwardly made clear to the traders, which raised concern making people appeal against the existing notions. 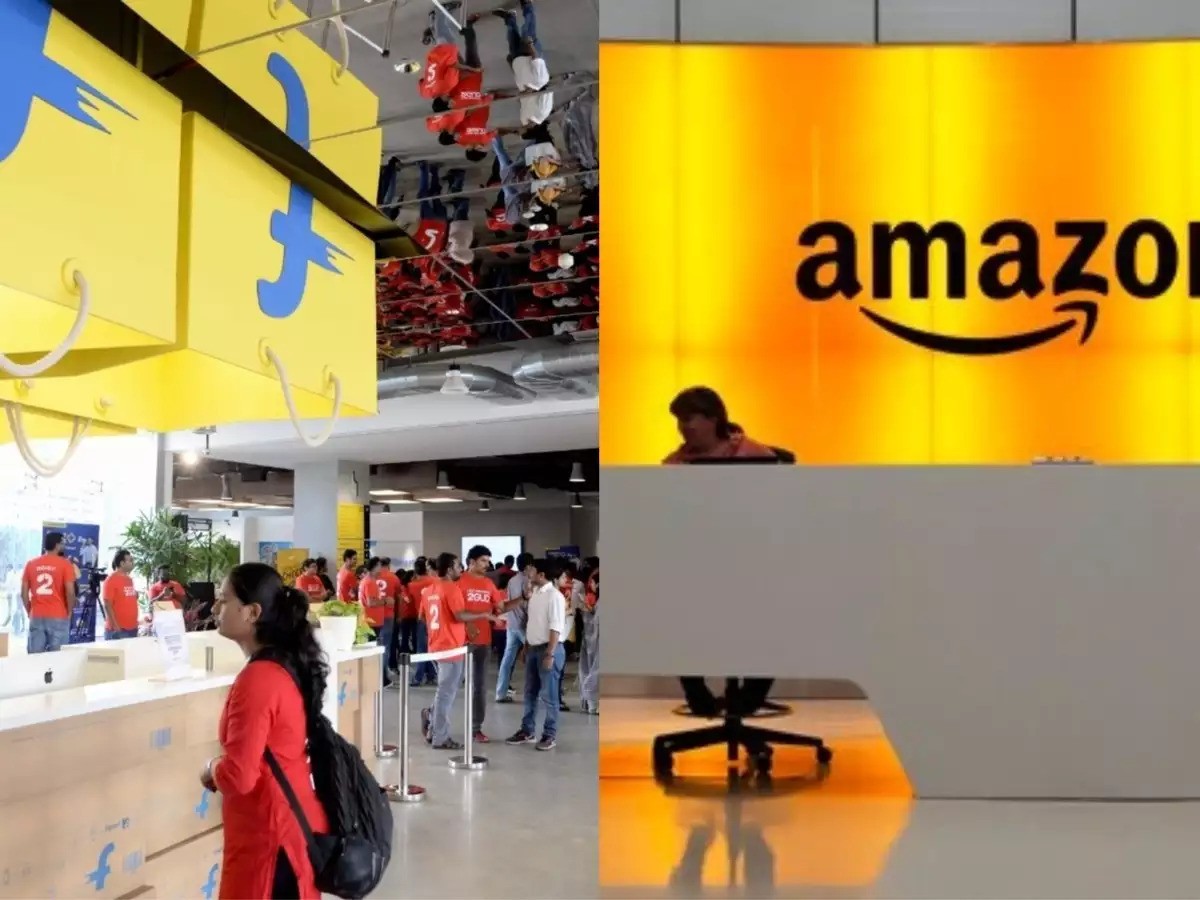 THE SYNOPSIS BEHIND THIS STRATEGY OF THE GOVERNMENT

The move aims at curbing circumvention of India’s e-commerce FDI policy and anti-competition policies by large e-commerce corporations like Amazon and Flipkart. For a long time, reports have accused Amazon of providing affluent privileges to the select sellers, which resulted in disregard the interests of many other sellers across the nation. Furthermore, the reports also claimed that Amazon used predatory pricing methods that stalled the miniature sellers to expand their caliber in the Indian E-retail markets. Amazon compilation with the laws is a point of concern for many of the home-grown sellers as it acts as a barrier for them to avail more profits.

The Government reverberated to the Trader’ complaints in the wake of the preferential treatment offered by Amazon and Flipkart to a concentration of sellers. Lately, preferential treatment has restrained the goal of expansion for many sellers. The Government tries to exploit the propaganda by proposing a draft that will change the complexion of the e-commerce industry.

The new policy could be a revelation of sorts for the customers. While the new e-commerce policy is still on the fringes, we have concocted an outlook of what things could mean for the various sales incurring on Amazon and Flipkart. Usually, e-commerce websites sell-on on specific products by offering exclusive discounts, and most of these products are available through a single seller. As soon as the new e-commerce policy comes into effect, the number of sales on the online marketplace may significantly reduce. The new policy could be a speculative act by the government. It may try to coerce pressure on the respective companies for implicating a balance between the prices charged by physical stores and the determined market operating Prices.

Notably, the new policy will ordain the online platforms Amazon and Flipkart between others to follow the cumulative model. The new policy is likely to have a massive impact on the predatory pricing that we exclusively observe on various products on distinctive e-commerce websites. The implications caused by the new norms could snatch away the existing benefits provided to the customers with the special discounts.

The draft policy emphasized algorithms used by different platforms to list products. It could instill a complete overhaul of the search bar we used to catch sight of until now. The draft will also seek to promote small sellers to boost up their sales which have fallen in abundance since the lockdown. While the online marketplace surged up in the lockdown, it had an intensifying contrast as the majority chunk went away with the select sellers and left others in the hindrance of the effects it caused. The small retailers that were not getting too much traction due to the specific algorithms could now unleash themselves on the global scene.

The people working around the markets could sense a huge spin in the overall sales with new strategies coming into the framework soon.

THE LEAKS CONVOCATES AN UNCERTAINTY AROUND THE ONLINE MARKETS

The leaks of the new draft policy have created havoc among journalists, consumers, and the e-commerce platforms as to what will be the final policy that divulges in the system for the next four to five years. With a view of uplifting the home-grown suppliers, is the Government retracting the millions of dollars of investments that came from the foreign investors? It has certainly become a validating point. The government will keep updating the websites from time to time to notify which parties fall under the jurisdiction of associates and related parties.

“If the government can, at any time, change its definition of related parties, forcing us to restructure our businesses, that does not create a very conducive environment.” Words of a top executive working at a significant marketplace, who didn’t want to get identified in the wake of the hype revolving around the nation. He further stated that if the new policy goes through, it will throttle the e-commerce activities, and there will be no business certainty in the future.

Indias’ e-commerce FDI norms do not allow the online marketplaces to hold up their inventory or influence the price of goods sold in their favor. The group companies that invest in such marketplaces are prohibited control over inventory selling the products on their platform.

GOVERNMENT  ACTIONS UNDER SCRUTINY ONCE AGAIN

Every action of the government is being put under intense scrutiny, as the journalists have a lot of agony against the current norms in the past matters. Firstly, questioning the integrity of leading companies like Amazon and Flipkart shows no signs of compliance from the Government. And to scrutinize them that they have not prospered the growth of small-scale India in itself shows how much interference the government wants to impose in every consideration.

The executives from the leading companies are advising the government to stick with the current norms regarding the related parties aspect and amend it in frequent stages over time. One aspect that the government is not considering at all, is to Outlay the benefits that the e-commerce platforms complied to the Indian customers. While focusing on the agenda Atma Nirbhar Bharat for so long, the government is looking to furnish its motive by taking away the extra benefits from the customers. Several questions need to be raised from the Government, whether it is eventually reforming the Economy or just wandering its steps around in hindrance.

The marketplaces only work through applying robust algorithms, and while the government demands declaration on the methodology used for discounts which would mean the e-commerce platform surrendering its ideas to the government. If such a thing happens, then we will endanger restraining consequences in online shopping from these platforms.

The discounts offered on e-commerce shopping platforms have anyway been tapering down in the last couple of years as compared to the Congress regime period. This rule may prove to be the final nail in the coffin. The draft policy and the government’s stance have also already drawn the ire of an association of online sellers who say they have always been left out of consultations in the decision-making of the policies.

10 Best Insurance Companies In India In 2021

RS passes bill to raise FDI in insurance to 74 pc