Ukrainian and the war

About the Ukrainian situation, the Washington Post promises its devoted readers that a Slavic neoliberalism Utopia is only around the corner as the world waits for the wonderful moment predicted by the Western press of a complete Ukrainian triumph against Russia, the concluding act of a conflict that has raged again for the past 10 months. Although the newspaper owned by multibillionaire Jeff Bezos is not unique in its optimism, it has continuously been at the forefront of organizations that have provided resources — short of providing arms — to the propaganda machine to ensure that the belief in the overall victory of a just cause never wavers.

Ukraine is not only defending its territorial integrity after being subjected to an outrageous and unfair attack by its strong eastern neighbor; it has also started a change process that will turn a theatre of war into what has already resembles a theatre of the ridiculous. It will be theatrical, much like President Volodymyr Zelenskyy’s appearance before the US Congress, which served as an illustration of orchestrated performance art. The Washington Times and The US media are doing all in their power to portray the current catastrophe as the prologue to a joyful comedy. 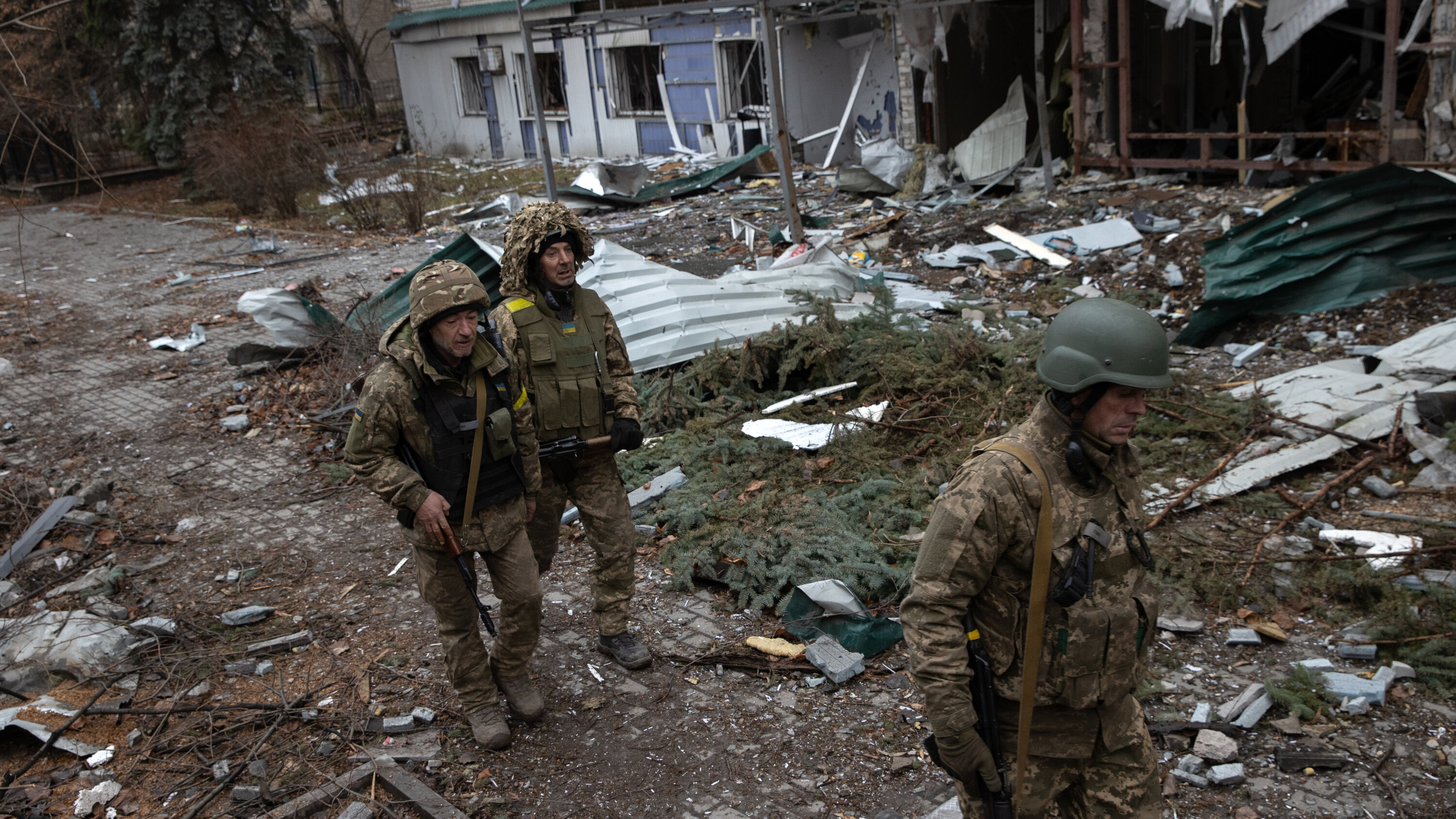 The plot of what appears to be a double bill is as follows. The ruling oligarchs who have controlled Ukrainian public life for 3 decades will elegantly exit the stage and head back to their changing rooms as a Ukrainian win draws near. After a quick clothes change, those who will reappear as contemporary business leaders committed to the efficient operation of a contemporary European economy operating within a shining democracy where political corruption has indeed been banished & public service has been enshrined again for benefit of the whole greed, in the previous script.

It appears that the second screenplay is being written by the writing staff of The Washington Post, which consists of Kevin Sullivan, David L. Stern, and Kostiantyn Khudov. They wrote an essay earlier this month with the subtitle “Ukraine may have the potential to establish a post-war civilization that less corrupt, and more economically diverse,” which summarises the drama’s central concept.

The writing reads nicely as creative fiction. However, the authors do not consider themselves to be creative writers but rather sincere futurists. They desire that we accept that the situation they outline is likely. Viewers of the news who want to get a genuine understanding of how the past will pan out should keep in mind to stay away from phrases that employ the word “may” before the verb they use to describe the economic or political future.

When making future predictions, the auxiliary “May” is quite useful. It’s the ideal weapon for risk aversion. Their prediction that a democratic, corrupt-free future “may” exist is that “Ukraine may not exist in two years.” Each is feasible. Both cannot be considered false information.

The news that uncovers the situation that “may” exist is based on a subject that has been debated since the Ukrainian government’s law was adopted last year. The phrase “de-oliharkhizatsia” appeared in the law’s title. De-oliharkhizatsia, or de-oligarchization, is the buzzword in Ukrainian politics right now, according to the writers of The Washington Post. This is a reaffirmation of the long-held objective — and occasionally, the paltry hope — to rid the nation’s political system of the ultrarich’s dominance.

Leaders’ view on the Ukrainian situation

David Stern cited an earlier piece for The Washington Times, where the source acknowledged that the corruption system was “so robust and deeply established that it was pretty tough to disrupt” but pledged to “do all we can ensure it just never rebounds.” 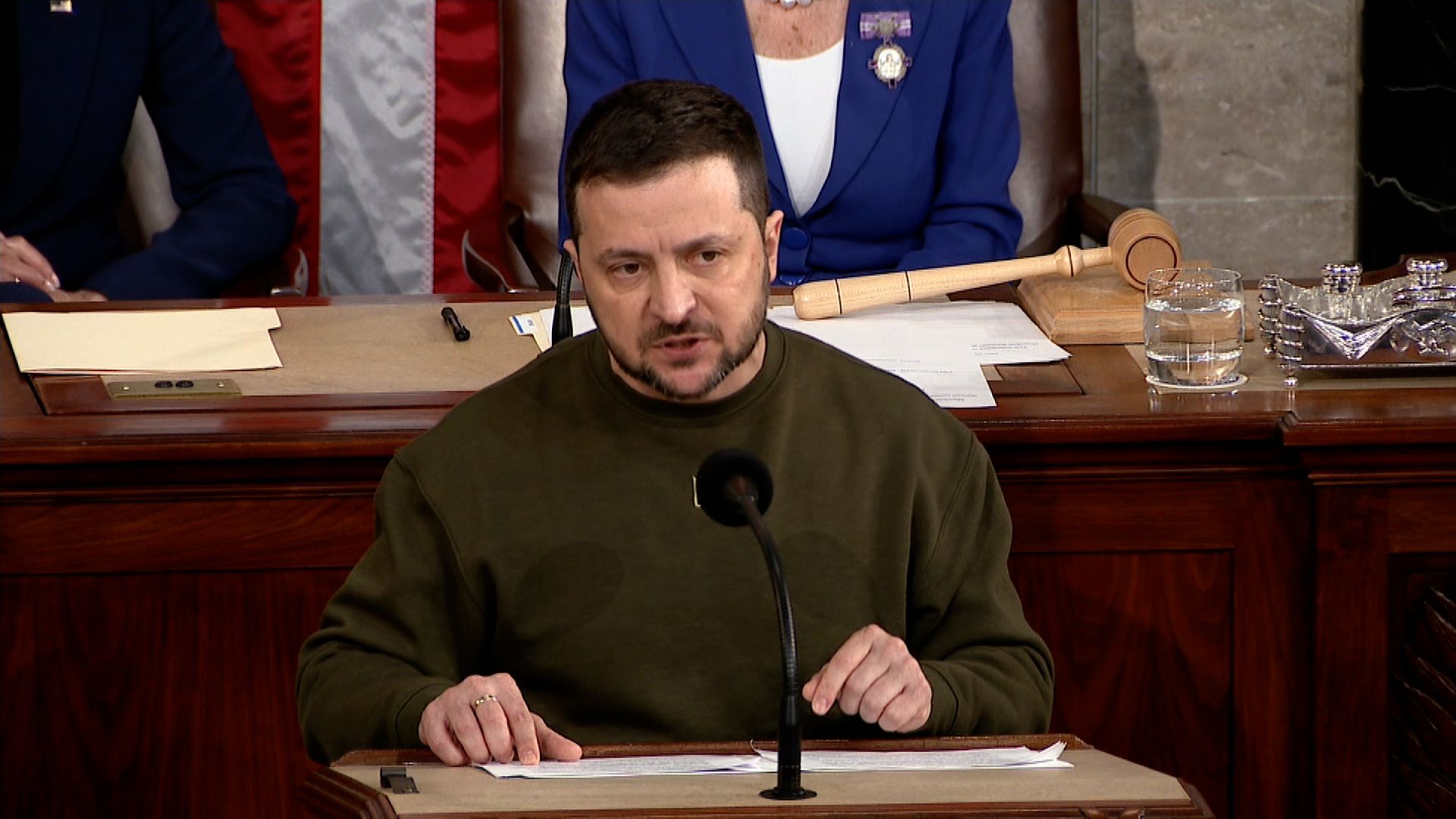 “A close economic assistant to Zelensky who formerly worked for a long time as a top executive in Akhmetov’s steel business, Metinvest,” is how Stern characterizes the official, Rostyslav Sharma. Who would question the ability of the same group to ensure that Ukraine’s corrupt oligarchy “never recovers” despite so effectively repelling Putin’s army?

In one of the pieces, the writers quote Viktor Andrusiv, another official who understands the complexity of the mission of eliminating or at least significantly reducing the influence of oligarchs. They aren’t going away, he insists. Ending their monopolies, which were created by their political ties, is crucial. They must now behave more like successful businesspeople.

Here, the phrasing gives away the trap. This is the domain of political drama, not of commerce. The key is to “act” in a role that one is not accustomed to. The oligarchs will alter their appearance, unlike the proverbial leopard.

After all, Volodymyr Zelenskyy, the president of Ukraine and the country’s actor-in-chief, developed his presidential mannerisms while starring in the TV series Servant of a Nation. The oligarchs, who won’t be banished or fired, will follow his example and maybe benefit from his mentoring as they learn “to act more like major businesspeople.”

The two pieces in The Washington Times highlight the scope of this enormous undertaking, which entails recasting the previous generation of oligarchs—, the bad people—into contemporary CEOs, or, in other words, as good guys.

The attire they wore and the habits they developed while portraying the oligarch are meant to be left behind. Their dramatic antics, which would have been more fitting for a tragedy or terrible melodrama, will make room for clever humorous banter meant to advance society. That naturally assumes that the oligarchs of yesterday can function as well as their president, who was skilled, in his role.

The authors describe the de-oligarchization campaign as “a rebirth of the long-held desire — and often just faint hope — to liberate the country’s political system from rule by the ultrarich,” which readers should take notice of. Why has the aim been pursued for such a long time without success? How old has it been in place? Why should we think that hope is now strong this time? Maybe they want us to think that the successful coup in 2014, which was made possible by people like Victoria Nuland, John Kerry, and Joe Biden, had the aim of eliminating corruption. According to the actions of the newly elected president, Petro Poroshenko, it would appear not. Days before the Russian invasion, Radio Free Europe’s Mike Eckel lamented that “Poroshenko was considered by detractors as being sluggish to make significant changes, or go after prominent individuals perceived to be corrupt.” People categorize Poroshenko as an oligarch.

“Zelenskiy won the president by a landslide against Petro after campaigning on vows to stop the war with Russia and to confront the corruption & bureaucracy that have hampered the economy and damaged living standards,” Eckel remembered. For the populace, the new president symbolized change and optimism, just like Obama did in the US in 2008. And much as with Obama, optimism faded as reform stalled. Results have been inconsistent at best, according to Eckel, and there is growing concern that members of the Zelenskiy administration may be sabotaging their initiatives.

Decades from the Soviet Union, our long-held objective of eliminating corruption had gone nowhere. Corruption is now accepted as normal. Zelenskyy’s own acting & political career were advanced by Ihor Kolomoisky, a well-known oligarch who Anthony Blinken’s State Department barred from entering the US in March. Zelenskyy revoked the Ukrainian citizenship of his former promoter four months later. Some have hypothesized that this was maybe done to protect the oligarch from the de-oligarchization law’s fury. Kolomoisky, who is of Israeli nationality, is now secure there.

Hope seems to have been reignited now that Ukrainian is engaged in a beautiful conflict that “may” result in a successful ending for the brave dictatorship, which is incidentally backed by its billionaires. Ukrainians within the postwar period may have to thank Vladimir Putin in the end for provoking what their rulers were able to do after the dust settles and corruption is finally eradicated.

Why are baseball teams spending so much money?