GST Rate Hike on Rice, Wheat, Milk from Today: What Gets Costlier, What Gets Cheaper?

The most significant tax reform in the nation, the GST, unifies the tax code and reduces the variety of levies that were in place during the previous administration. The GST Council frequently meets to discuss ways to reduce overall GST rates for various items.

A reduction in the GST rate of taxation for certain commodities is supported by a number of states and sectors and is discussed in council sessions. According to insiders, the finance minister, Nirmala Sitharaman, and her Council of ministers will likely redesign the four GST slab tax rates.

According to sources, the lower interest rates could be increased from the present 5 and 12 percent to 6 and 13 percent. It also appeared that the GST levels would finally be combined into a smaller slab. The details of the GST rate increase will become evident in the near future.

The two-day GST council’s 47th meeting, which is currently taking place in Chandigarh, has decided to bring packaged foods like milk, curd, and paneer, as well as unpackaged foods like rice and wheat, into the five percent tax bracket and hotels that would be charging not more than Rs 1,000 per day for each stays under the twelve percent tax bracket.

At the Council meeting, which did attend by States through their representatives, it was advised that the tax rate would be raised from 5 to 12 percent for water heaters and finished products like leather products and from 12 to 18 percent for things like printing ink, LED lamps, and drawing supplies.

The gathering will continue on Wednesday with potentially tense discussions regarding the extension of the GST pay package, which was introduced on July 1, 2017, for a five-year period that is likely to come to a closer and which is intended to reimburse States for income losses caused by the introduction of GST.

The majority of States stated to be still experiencing financial difficulties. Hence they often call for the continuation of the plan. As per the information on revenue growth collected for the Council meeting, five out of the thirty-one states and UTs — Manipur, Arunachal Pradesh, Nagaland, Mizoram, and Sikkim — recorded a revenue rise more incredible than the safeguarded revenue rate for states under the GST in 2021–2022.

The cumulative income tax rate under the GST has decreased from 14.4% at the point of its inception to 11.64% in September 2019, according to a Reserve Bank analysis. The taxability of cryptocurrencies and other digital resources, existing legislation governing their rules and regulation, and their classification as either products or services are still hot topics that need to be discussed.

Discussions about casino transactions, computer activities, and horse racing will also be held that fall under the 28 percent tax bracket.

The Council advised states to choose the level over which the digital bill is to be made necessary with reference to the e-way statement on the intra-state transfer of gold, gold jewellery, and precious stones to curb evasion.

The recommendation for raising the barrier to Rs 2 lakh and above came from a group of state ministers. Prepackaged meals are among the commodities that will face price increases starting on Monday, July 18, 2022, as the government has decided to include them in the scope of the Goods and Service Tax, or GST. The GST Council unanimously resolved to increase the price of a number of daily necessities during its 47th meeting. These items’ new GST rates will be in effect as of right now. Cereals, pulses, and flour sold in single containers holding up to 25 kg will be deemed “prepackaged and labeled” and subject to a 5% tax. The tax agency has implemented GST as of July 18.

CLARIFICATION ISSUED BY THE TAX DEPARTMENT

Just one day before the 5% GST on such commodities becomes effective, the CBIC (National Board of Direct Taxes) released a list of commonly asked questions (FAQs) on Sunday night regarding the application of the GST to “prepackaged and labeled” goods. The Legal Metrology Act, 2009’s definition of “prepackaged commodity” in the context of food goods (such as pulse, cereals like rice, wheat, flour, etc.) would apply if the supply of such prepackaged and marked packets contained a volume up to 25 kilograms (or 25 litres).

The board further stated that GST would be applicable to numerous retail packages, such as a box with ten retail packets of flour, each weighing 10 kg, according to the CBIC. It stated that for the purposes of the GST, a prepackaged commodity would be defined as a commodity that is put in a container of any kind, whether sealed or not, without the customer being present, so that the product is included within a pre-determined quantity. Further, it stated that GST would apply to any such supply for which the Legal Metrology Act required a declaration.

Prepackaged and pre-labelled commercial packs that comply with the Legal Metrology Act, such as curd, lassi, and buttermilk, will now be subject to GST at a rate of 5% as compared to their former exemption status. The same rates of GST will apply to pulses, cereals including rice, wheat, and flour, and other similar goods weighing less than 25 kg or 25 litres. Ten retail bags of flour weighing 10 kg each would also be subject to a new GST rate of 5%.

“The exemption was abolished on prepackaged items even though they were unbranded to supervise branded suppliers/manufacturers who dodged registration and claimed exemptions of GST by leaving goods unlabeled,” said Archit Gupta, CEO and founder of Clear, told News18.com. In addition, hospital room rental (excluding ICU) worth Rm 5000 per day per person will be taxed at a rate of 5% without ITC up to the amount invoiced for the room. This was previously free from the Goods and Services Tax (GST).

The GST Council also voted to move hotels under Rs 1,000 per day from the current tax exemption category to the 12 percent GST slab. In addition, the GST Council has announced that banks would now levy a fee of 18% GST (instead of the previous 12%) for issuing checks (tight or in book form).

The GST Council has proposed changing the inversion standards associated from 12 to 18 percent, which will result in a price increase for LED lights, fittings, and lamps.

The following list of home goods will increase in price starting on Monday, July 18: When the end user is the Defense forces, specific defence equipment imported by private companies or vendors is excluded from IGST. In addition, the cost of shipping goods and people via ropeway will decrease. The GST Council has reduced the GST rate from 18% to 5%. A reduction from the previous 18% GST to 12% will apply to the rental of goods transportation with the operator where the cost of gasoline is included in the consideration. 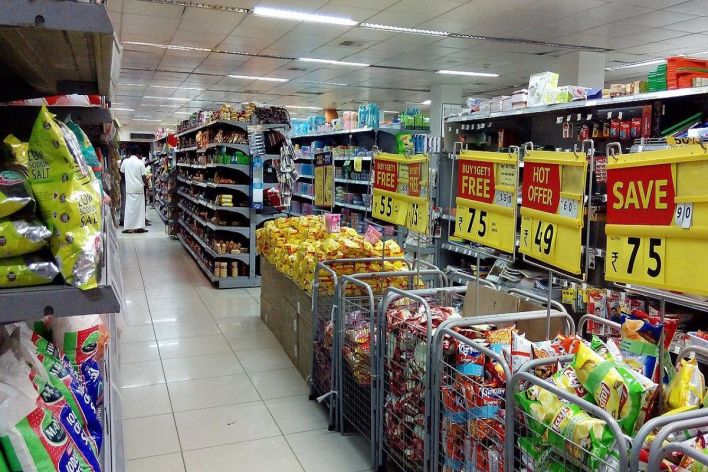 Additionally, GST rates on items like crutches and other fracture equipment will decrease from 12 to 5 percent; artificial body parts, various devices carried on the person’s person or implanted to make up for a physical deficiency or impairment, and intraocular lenses are some examples.

Falling Rupee value- How Serious is the Crisis in 2022?

GST on daily items: Nirmala Sitharaman says a decision will be taken with all states on board.