On Monday, the Indian rupee fell to a new low against the US dollar, reaching 78.20 for the first time.

The rupee has lost 5% of its value since January 2022, owing to a strengthening US dollar index, rising oil costs, and dollar outflows from Indian stock and bond markets. In the first five months of 2022, foreign institutional investors withdrew nearly Rs 2,15,000 crore, more than they brought in throughout the 12 years from 2009 to 2021.

This attitude is evident in the stock market as well. Since January, the Nifty and the 30-share BSE Sensex have lost more than 10% of their value.

Interest rates are rising worldwide, which is one of the selloff causes. When interest rates rise, international investors begin withdrawing funds from riskier economies like India, and the rupee’s devaluation adds to their fears. The strengthening of the US currency is seen as a negative for emerging markets.

“In the next week, weak local markets, rising crude oil prices, a strong dollar, and ongoing foreign capital outflows are projected to put the domestic currency under pressure,” IFA Global wrote in a note on Sunday.

What is the reason for the rupee’s fall?

“The rupee has broken beyond 78, although it is still in line with other currencies compared to the US dollar. Capital is moving to safe havens such as the United States. The ongoing Ukraine conflict, which has resulted in supply delays and skyrocketing oil prices, has harmed development prospects and raised capital costs. This has caused FIIs to withdraw funds, weakening the currency. “Astha Mago, Associate Director at Client Associates, shared her thoughts.

In the last decade, the INR has lost roughly Rs. 20 in value, given the present situation, it may lose considerably more. Although India is not the only country affected by the current currency crisis, Asian and Central European currencies have also seen volatility. However, the key participants in this transaction are the US’s aggressive attitude to its economy and India’s increased inflation projections.

The dollar index is increasing.

When the dollar’s value grows, so does the value of all connected underlying assets. Stocks in American corporations, treasury bonds, US government bonds, currency bonds, and other securities are among them.

The value of the Indian rupee depreciates when the Dollar index rises, making the dollar stronger. Due to higher production costs, a weaker rupee makes imports more expensive and influences India Inc.’s profitability. Cost increases contribute to inflation, which raises the price of products and services, making it more difficult for the commoner to manage his budget.

“The US Dollar Index (DXY) has climbed once again and is on the verge of testing the 105 level. As a result, emerging market (EM) currencies are losing ground against the dollar. Rising oil costs are exacerbating the strains on these currencies. High oil prices cause “imported inflation,” influencing company profitability and foreign direct investment (FDI) inflows.

The price of Indian crude is at a ten-year high. The INR is depreciating due to these global events, “Equitymaster’s Head of Research Behavioral Technical Analysis, Vijay Bhambwani, stated.

What happens when a rupee depreciates? 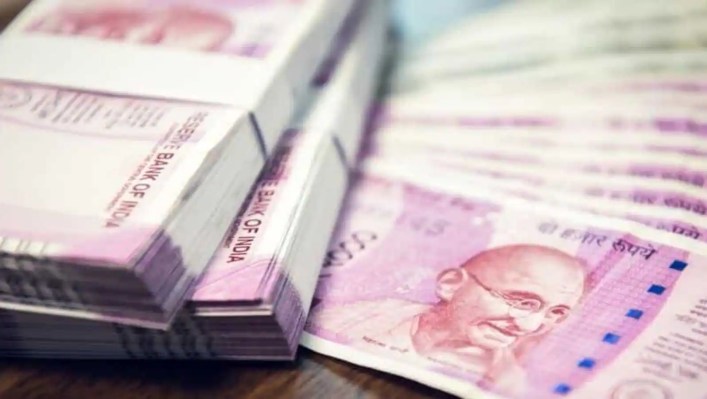 When one rupee can purchase more dollars, the rupee strengthens, and vice versa. A rupee decline is triggered when investors sell rupee-based assets in favour of dollar-based ones, which is the reason for the current rupee drop. The rupee fell to an all-time low today as more investors sold out rupee-based investments in favour of dollars. As India buys more than it exports, this might add to inflationary pressures.

The rupee and interest rates 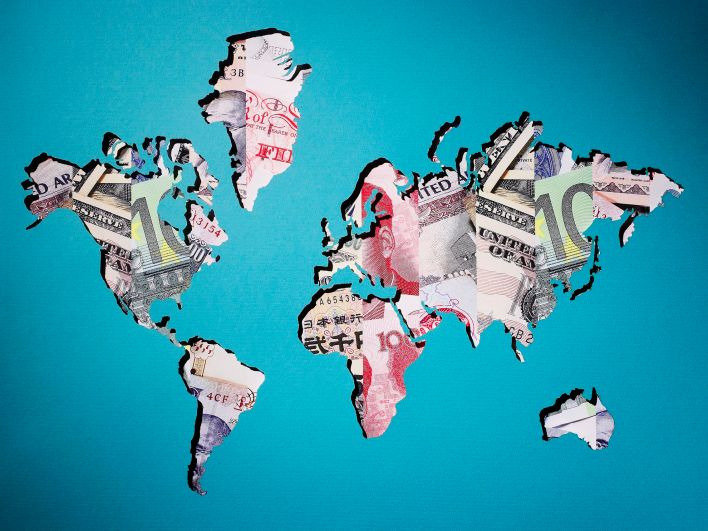 “When the rupee depreciates, the value of FII’s investment decreases, influencing the overall amount invested. As a result, FIIs liquidate their investments to protect themselves from future losses, “PSL Advocates & Solicitors’ Managing Partner, Sameer Jain, commented.

“Because payments are made in US dollars when the rupee falls against the dollar, it significantly impacts import costs. On the other hand, exports benefit if the payment is made in US dollars. The rising cost of imports puts the local cost of living in danger, leading to higher inflation, “Jain said.

“The US Federal Reserve’s monetary tightening has resulted in a portfolio investment outflow, as projected.” Foreign portfolio investors withdrew USD 21.2 billion from India on May 16. This has put immediate pressure on the Indian currency and foreign reserve, in addition to a more excellent import bill,” it said.

Ind-Ra forecasts a 4.9 per cent depreciation in the Indian rupee in FY23, with an average of 78.19 per dollar.

“As projected, the US Federal Reserve’s monetary tightening has resulted in a portfolio investment outflow. Foreign portfolio investors withdrew USD 21.2 billion from India as of May 16. This, along with a greater import bill, has put undue strain on the Indian currency and foreign exchange reserves,” it continued. 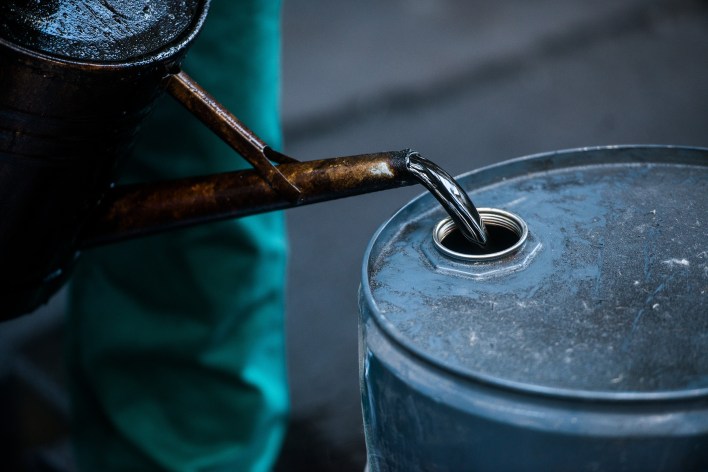 Since Russia invaded Ukraine in late February, the rupee has been under increased pressure as the geopolitical crisis has worsened. Crude oil imports meet eighty-five per cent of India’s energy requirements. When oil prices rise, it puts pressure on the rupee since India’s import expenses increase due to rising crude prices. On May 21, the Brent crude price was approximately $110 per barrel, but it has since grown to $122 per barrel. The RBI used a $105 international oil price rate to forecast inflation in its latest policy review last week.

If oil prices continue to rise, imports will follow suit. As a result, demand for the US dollar increases, strengthening the dollar versus the rupee, and the Indian rupee continues to depreciate. In the foreign market, this reduces the purchasing power of the Indian rupee. 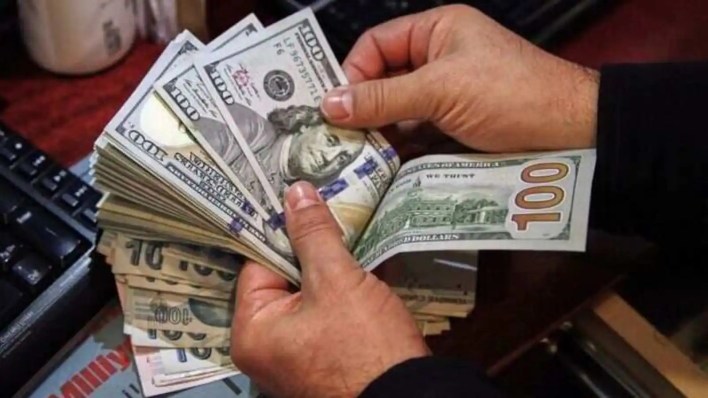 In June, foreign investors withdrew over Rs 14,000 crore from Indian equities markets. Foreign portfolio investors (FPIs) net outflow from stocks reached Rs 1.81 lakh crore in 2022 as a result of this.

“This is because a substantial component of the transition, such as the economic slowdown, hawkish monetary policy, supply limitations, and rising inflation, is accounted for in market prices, which have been stabilizing over the past seven months. For central banks to keep their aggressive policies in place in the long run, inflation must remain high, “Geojit Financial Services’ Head of Research, Vinod Nair, stated.

One of the determinants of the rupee’s strength is foreign inflows into the stock market. The rupee depreciates if foreign investors become net sellers. Fearing that the US Federal Reserve might reduce quantitative easing, foreign institutional investors (FIIs) withdrew about $7.5 billion from Indian markets in June 2013, causing the rupee to fall by 6%.

“A weakening rupee hurts FIIs because it reduces their net earnings in the stock and bond markets.” When a foreign investor invests Rs 60,000 in a rupee bond with an annual yield of 8%, the US dollar is worth Rs 60 at the time of investment. As a result, his investment was $1,000, and he made $80 in interest (at 8%). If the dollar is at Rs 70 at the time of redemption, the rupee has devalued, and his investment is now worth $857. His interest profits will be reduced to $68 due to this.

His investment will be worth $925 at the end of the year, representing a 7.5 per cent loss. Foreign investors may engage in distressed fund sales when the value of their investments declines. When these panicked investors withdraw their funds from the market, the rupee’s value may fall even lower. This is because the hot money will pull a lot of foreign investments out of the market.