You can not drive a car while drunk, but you can fly the Indigo Planes in India

Millions travel by aeroplanes and commute daily. They must be provided with proper safety. However, this is not the case when it comes to Indigo Airlines. Recently, IndiGo’s four pilots and ten cabin crew members failed pre-flight alcohol tests, according to the DGCA.

Between 2016 and 2019, 171 pilots were caught inebriated before taking flight from airports in India and abroad, according to an RTI request.

The DGCA released amended rules on breath analyzer tests for flight crew just before Christmas last year. Breath analyzer tests were administered to maintenance personnel and anyone visiting the cockpit for inspection, audit, or training. According to Bloomberg, the alcohol test will also be administered to luggage cart drivers, loaders, push-back operators, and air traffic controllers.

All crew members of Indian Airlines were forced to undertake pre-flight alcohol testing before the beginning of the COVID-19 epidemic. The tests were put on hold for a few months when the epidemic struck. The testing was then resumed, albeit only for a limited percentage of the crew.

“The DGCA has carried out 48 enforcement actions for violations of various requirements of the regulation relating to crew testing for the intake of alcohol over four months beginning January 1,” the aviation authority stated. 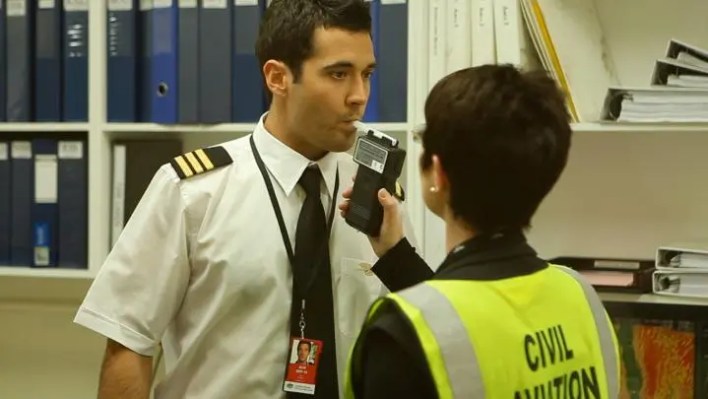 Not just pilots but also airport staff report to work ‘drunk’: Report of the DGCA

According to a Bloomberg story, approximately a dozen airport drivers, firefighters, and plane maintenance employees reported working “drunk” during the above-mentioned period, based on the results of breath analyzer tests.

According to a source familiar with the situation, ground employees from IndiGo, the country’s largest airline, were found to have failed breath-analyzer tests in January and February as part of a programme launched by India’s Directorate General of Civil Aviation.

Indigo airlines simply tried to evade the situation by stating, “Being on certain medications can also lead to employees failing the breath-analyzer test. However, there are very few instances of ground employees failing this test. To protect the safety of our passengers and personnel. We adhere to all established protocols.”

The airlines failed to take accountability, let alone improve the safety measures for the passengers. Another such incident occurred in 2016 when the DGCA ordered IndiGo to examine four off-duty pilots who posed for a photograph in an aeroplane with a liquor bottle, citing safety concerns.

The photo was taken in October 2013 and uploaded on Facebook in January. The image was given to the DGCA by an anonymous complainant.

It’s unclear whether the non-uniformed pilots were inebriated at the time the photo was shot, but the directorate general of civil aviation had requested Indigo for an explanation.

When the airline learned about the occurrence, it conducted an internal inquiry and found no infractions. “According to the internal inquiry, these pilots were on leave and off duty hours when this photograph was taken as normal passengers on an international trip,” an IndiGo representative said. The bottle of bourbon had been sealed.

“The alleged pilots were not in uniform in the photo, and it was an international flight where alcohol consumption is not prohibited,” responded Indigo Airlines spokeswoman.

“Passengers on foreign flights are authorized to drink; however, they are not permitted to drink from their own bottles.” “We’ve requested that the airline investigate the situation and provide a report,” a DGCA official said.

From these incidents, we can gather that Airlines like Indigo have failed to keep a check on their pilots and staff, which makes it the most unsafe airline for Indian travellers.