India has officially reached its highest mark in Fuel Prices.

The work from home scenario looks to be coming to an end as more and more organizations are now opening their offices, and a majority of the Tech Firms have also followed suit, announcing ‘Back to Office’.

The change may be welcomed by most but the commuting part, rejoining the horror of navigating endless traffic jams, as the engine idles till you get that nook into which you can hopefully manoeuvre your car and the race to get home begins. 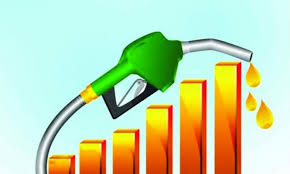 The fact that we have been continuously shelling out more when it comes to petrol and diesel prices, as there has been a continuous rise in fuel prices, which has been the highlight of this year.

Each month begins with a new hike, and on Friday, Petrol and Diesel prices have touched record highs across the country; the hike is also a result as the global oil prices flutter at three–year highs.

A sharp rise in domestic fuel prices is sure to make life difficult for millions of households, and the impact of the same in terms of India’s economic recovery is also likely to be impacted.

Since the beginning of 2021, India has had the highest fuel rates compared to its neighbouring nations, and with the current trend and the ongoing energy crises in Europe and China, things may take a while to come to normalcy.

Economy on a slippery path

The impact of Covid -19 on the economy is for all to see, and while we may just be returning from the initial slumber, things are far from optimal.

India is Asia’s second-largest oil importer; the demand has risen as it would since we are recovering from the second wave of the Covid -19 pandemic, but the fact also remains that for households, any further increase in fuel prices is simply not affordable.

Also, the fact that any increase in fuel prices could also lead to a sharp fall in demand which will ultimately hurt the government’s revenue collection.

Rising inflation is also causing the economists to jump up in their seats; India’s retail inflation has been steadily increasing and is further fuelled by rising Petrol and Diesel prices.

Fuel prices also directly affect several sectors, including transport, food delivery and also e-commerce, and the cost of the same has to be directly or indirectly borne by the consumers.

Hence, a further hike in fuel price will now severely dent consumers’ disposable incomes; the result would be a slower growth of the economy and its recovery.

Rising Fuel Prices and how it impacts our finances?

The rising fuel prices are indirectly or directly likely to increase household spending. The effect of the same is more likely to be seen in the urban economy, which ultimately translates to higher spending and lower savings.

Whether you use a personal vehicle or public transport, rising prices have become a nightmare as spending or other discretionary items need to be curtailed.

In a Covid hit economy, where people are still struggling with job losses or pay cuts, higher fuel prices are only going to add further to the agony.

Clothes and Footwear to cost more in 2022

Rising fuel prices are not the only reason to push inflation; even clothes and Footwear are likely to cost more from January 1 2022, owing to the current goods and service tax (GST) rate of 5%, which could be revised to 12% in order to correct the existing inverted duty structure.

Similarly, Footwear priced at Rs. 1000 or less attracts 5% GST while more than this value attracts 18% GST.

Another reason is that the textile industry is going through severe-duty inversion across the value chain that ranges between 5 -8%.

While the GST on cotton and other natural fibre, including yarn, is at 5%, tax on man-made fibre stands at 18%, while man-made yarn is 12%.

Fabric attracts only 5% GST; however, the hit comes from the fact that there is a dual tax of 5% for products up to Rs. 1000 while those costing higher than this value attracts 12% GST.

The same is the case in the Foot ware segment: soles, chemicals, consumables, components, services, and capital goods attract 18% GST; technical textiles, which are used in Footwear manufacturing, come under 12% tax rate while leather attracts 5%. Almost 70% of the Footwear cost comes from these inputs, and a 5% tax on end products priced up to Rs 1,000 creates inversion.

Herein lies the catch, a higher duty on raw materials, compared to the final products, leads to an inverted tax structure, making it challenging for the manufacturer to claim the input tax credit (ITC), and the burden being ultimately passed on to the customers.

What is happening to ease the situation out?

The GST Council on September 1 announced its decision to rectify the duty inversion on textiles and footwear value chain from January 1, 2022. The council, however, did not say anything about the tax rates.

Under the ITC system, a GST-registered business can claim levies already paid on input to manufacture a product or supply a service before making a final sale to prevent the cascading of taxes and lower the tax burden.

As of now, a 12% GST rate is under consideration for the bulk of products in textiles and footwear segments that will effectively rectify the duty inversions and allow manufacturers to claim the full ITC.

The GST council is expected to continue the dual rate structure — which will be 12% for the bulk of apparel and Footwear meant for the masses, and 18% for the higher value products, especially on Footwear, for social equity.

Hence, when it comes to you and me, it is not only the rising cost of fuel prices but also the overall inflation in the cost of daily goods, consumables, food and other services that is going to cause a huge impact in not only our spending but also our savings.

Whether the government is able to address these issues, cushion the consumers as well as provide measures for economic recovery is a challenging task indeed, but so is the position of the common man who finds himself caught between the ever-increasing costs and the fight for keeping finances that not just covers spending but more importantly savings.

For it is personal savings that help out when in need and ultimately help both the government spendings and the economy’s overall health.

Where Can Indians Travel in 2021: Great News For Travellers

Real Estate recovering: Are you planning to buy a new home? This might be a perfect time!