Blockchain will secure the DNA database for 50 million citizens in the eighth-largest state in India. The government of Andhra Pradesh signed a Memorandum of Understanding with a German genomics and precision medicine start-up, Shivom, which announced to start the pilot project soon. The move falls in line with a trend for governments turning to population genomics, and at the same time securing the sensitive data through blockchain.

With regards to Andhra Pradesh, the start-up will first launch a trial to determine the viability of their technology for moving from a proactive to a preventive approach in medicine, and towards precision health. “Our partnership with Shivom explores the possibilities of providing an efficient way of diagnostic services to patients of Andhra Pradesh by maintaining the privacy of the individual data through blockchain technologies,” said J A Chowdary, IT Advisor to Chief Minister, Government of Andhra Pradesh.

The local government in India is a pioneer in the utilization of the latest technologies, such as the blockchain, to make citizens lives better. It had already partnered with a Swedish start-up, ChromaWay on a land registry pilot that uses blockchain to track the ownership of property. Early March 2018, the government of Andhra Pradesh signed another MoU with a New York-based blockchain company, ConsenSys to pilot use-cases in the areas of land titling, supply chain, identity platform or electronic health records. 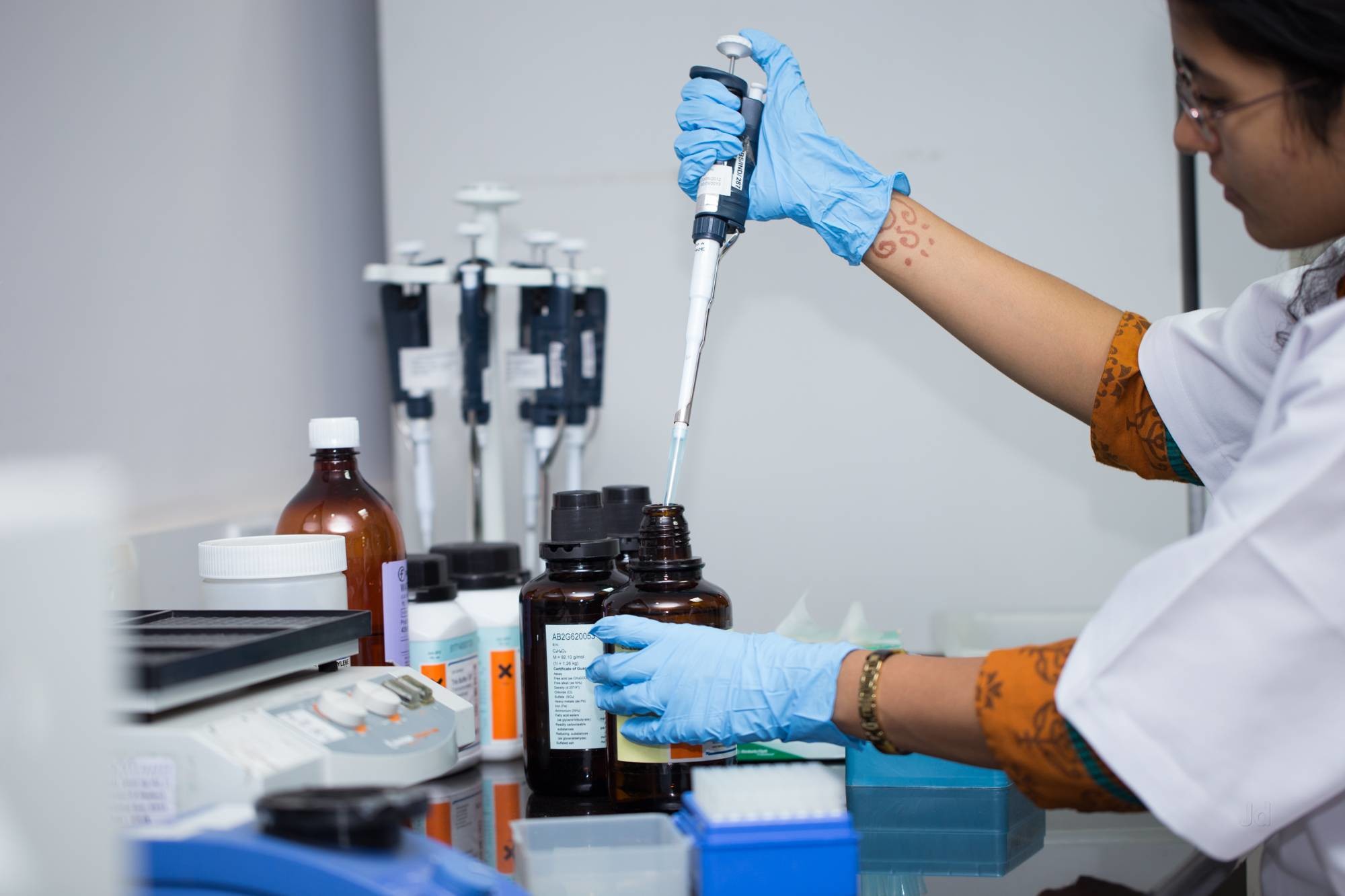 Population genomics on the rise

The example of Andhra Pradesh falls into line with the moves of other early-adopters on the path towards personalized medicine of scale. On 20 March 2018, Estonia launched the first stage of a national state-sponsored genetic testing and information service providing 100,000 of its 1.3 million residents with information on their genetic risk for certain diseases.

Already in 2015, MIT Review reported that a genetics company in Iceland named DeCode Genetics collected full DNA sequences on 10,000 individuals. And since the population in Iceland totals around 320,000 citizens, and they are fairly closely related, Decode said it could extrapolate to accurately guess the DNA makeup of nearly the whole population of the country, including those who never participated in its studies.

Many countries and communities will follow their examples soon. By 2025, between 100 million and 2 billion human genomes could have been sequenced, researchers said. 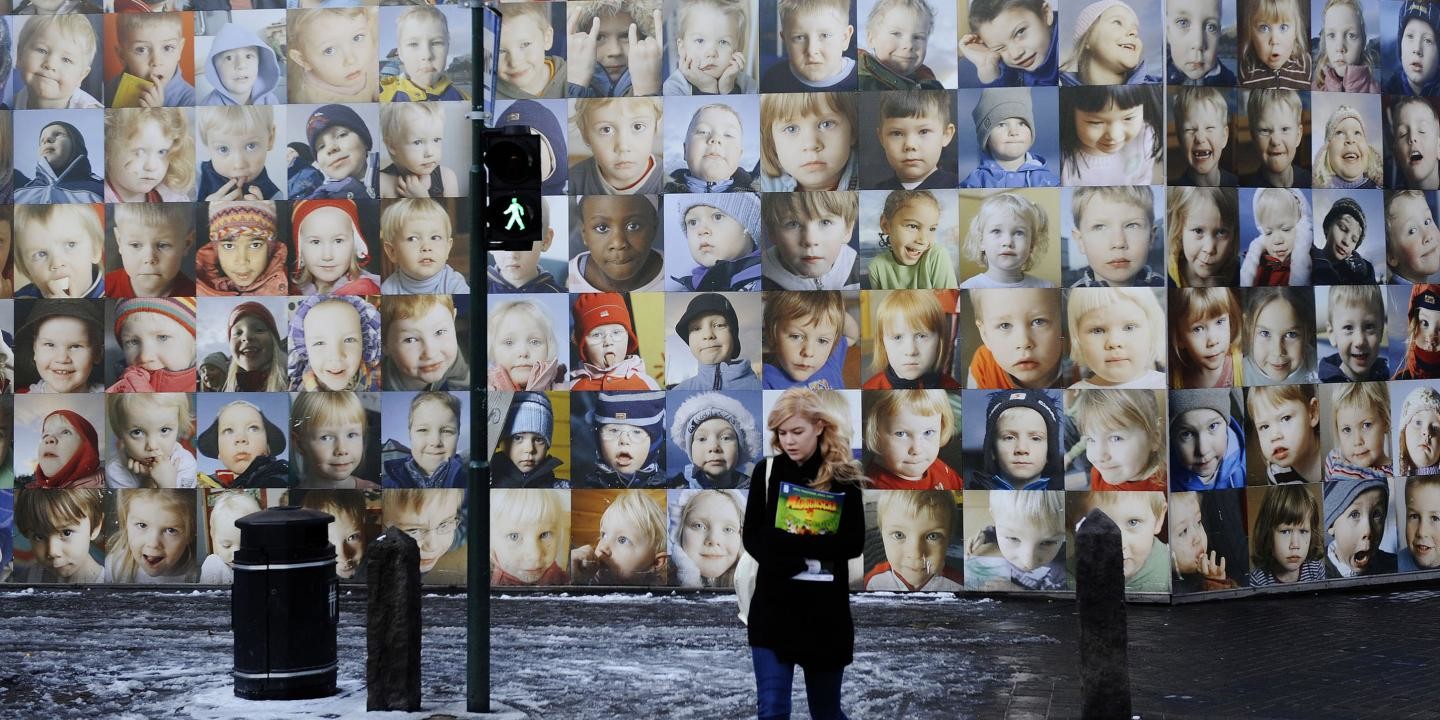 A woman walks past a wall decorated with children’s portraits in downtown Reykjavik, Iceland in November 2008. Source: GUO LEI/XINHUA/EYEVINE/REDUX

Blockchain can keep DNA information safe – but what about access and purchase?

That massive amount of data raises several serious questions and concerns. How could genetic information be kept safe? Who will have access to the data and how will that access be granted? Will big genomic data be monetized?

Data privacy and security is of utmost importance in the age of Cambridge Analytica and the Facebook data fiasco, and blockchain might be the technological response to the worries. However, backdoors for breaching privacy should be kept closed. For example, Shivom announced that researchers and governments will be allowed to buy or access anonymous raw genomic data stored in the cloud. So, who will get access and how? Who will buy and sell genetic information? Some companies, such as Nebula Genomics, already propose users’ to sell their DNA: retain ownership and make a profit. Moreover, what if people living in underdeveloped regions provide their samples having no control over it or even knowing what happens to their data?

READ  Guide to Guest Posting Your Content with Proper Strategy

These burning questions have to be addressed soon as the era of big genomic data is upon us and the overall goal should be to help people prevent diseases and live a satisfactory life based on their genetic information.

Smart Invention For Women Safety By Varanasi Girls Is Remarkable but What If Police Don’t Support in the Worst Situation? Is Our System...

Spending intent likely to be below average this Diwali: Survey

Smart Invention For Women Safety By Varanasi Girls Is Remarkable but What If Police Don’t Support in the Worst Situation? Is Our System...

2+2 to review accomplishments, lay down next steps for Indian-US global cooperation: official

Anti-Vaxxers Raise Concern As 9 South Koreans Die Shorty Taking A Flu Shot but Health Agency Says There Is No Link Between Death And...

‘Tenet’ will get an international release before hitting US screens in...