For those out there who love their chicken and meat but may feel guilty about the entire process – a chicken being reared in questionable conditions, killed, packaged, and finally cooked to serve your favourite dish.
Well, worry not, since a multi-billion-dollar company has now introduced a single cell-grown chicken, no animals harmed in the process, and has also got the world’s first approval of the company’s cultured chicken to be sold in Singapore from the end of 2020.

Founded by Josh Tetrick and Josh Balk in 2011, Eat Just raised approximately $120 million in early venture capital and also won the Unicorn title in 2016 by surpassing a $1 billion in valuation.
Coming back to the lab-grown meat that received regulatory approval in Singapore, it also served its first lab-grown chicken to the diners in Singapore restaurant “1880,” which marked the world’s first sale cell-cultured meat.

The first step –
The idea and the concept as is intriguing are also based on the fact that according to Tetrick ( CEO, Eat Just), he wanted to start a food company that takes animals, the live animal, out of the food equation system entirely.

Working for non-profit organizations in Sub-Saharan Africa, he saw the world’s biggest problem: Food sustainability, first hand, and he wanted to fix this problem and thus came the idea of wanting to figure out a way to make an egg, a chicken egg, but from a plant.

“All I knew at the time is there are 375,000 of plants all over the world, and I bet that one of them could scramble like an egg”, according to Tetrick.

Hence, Eat Just Inc. came into existence under the name Beyond Eggs and later Hampton Creek Foods; initially, the company started with roughly 30 employees and spent the first two years on research and development.
It tested various plant varieties in its lab to identify the plant proteins similar to chicken eggs, such as gelling and emulsifying. In the quest, Eat Just created an automated process for testing plants that was patented in 2016.

The Indian Connect –
The investors liked Tetrick’s vision, and shortly after founding the company, Vinod Khosla and his business partner Samir Kaul (billionaire tech investor) came on board and initially invested $500,000 in the idea.
The initial investment was good enough for Tetrick, who started hiring food scientists, biochemists, molecular biologists, analytical chemists, and chefs.

The company by then had introduced JUST Mayo in certain prepared foods.
Whole Foods, in 2013, became the first major grocery chain to sell Hampton Creek products. By early 2014, the company raised $30 million in venture capital funding and raised $90 million later that year.

Finding the Plant Egg –
After much experimentation, several years into the same, the team struck on mung bean, a protein-rich legume commonly used in food across Asia, and in 2018, Eat Just brought its first product – Just Egg.


Whole Foods, in 2013, became the first major grocery chain to sell Hampton Creek products. By early 2014, the company raised $30 million in venture capital funding and raised $90 million later that year.
To date, the company has sold the equivalent of 100 million eggs made from plants at major retail outlets – Walmart, Whole Food Markets, and Alibaba.

Not just stopping at an egg but seeing the chicken and the meat –
However, while the company found success in plant-based Eggs, the idea was much bigger than just that. According to Tetrick, “what we wanted to do was real chicken and beef, but not from plants, Real chicken and real beef that didn’t require killing an animal, that didn’t require using a single drop of antibiotics. And that’s broadly a process called cellular agriculture”.

The idea has been used in various space science fiction movies, but herein the Tetrick wanted to hasten the process and probably move it from just a belief in a cinema to actual reality. 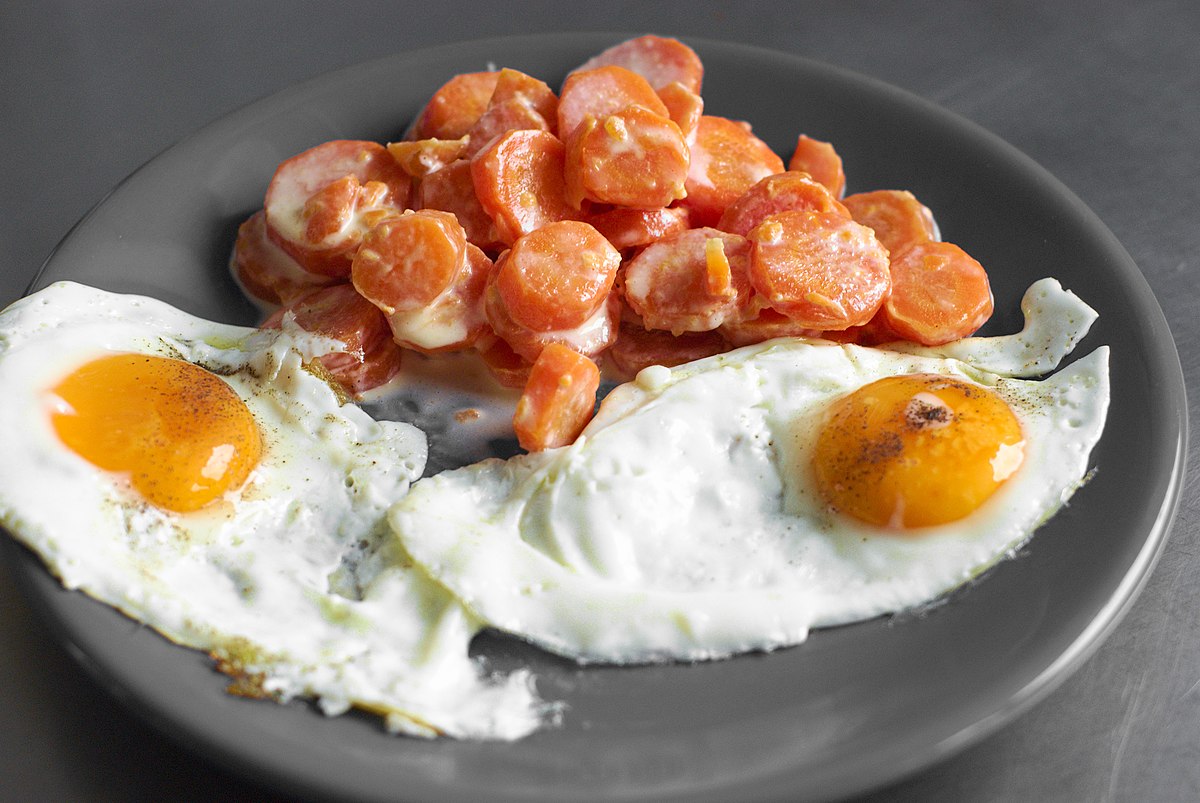 How to create cultured meat?
Since the idea was not to use plants for this chicken or the meat, creating cultured meat starts with a cell, in this case, from a chicken.
The same could be taken either from a live bird through a biopsy, a fresh piece of meat, a cell bank, or the root of a feather.
That cell is then fed nutrients like that found in soy and corn before being left to mature in a large–scale steel vessel.

The complete process from start to finish takes 14 days, and the end product is raw minced meat. However, according to Tetrick, creating cell-cultured meat was the easy part; however, obtaining regulatory approvals was much more challenging and took two years. 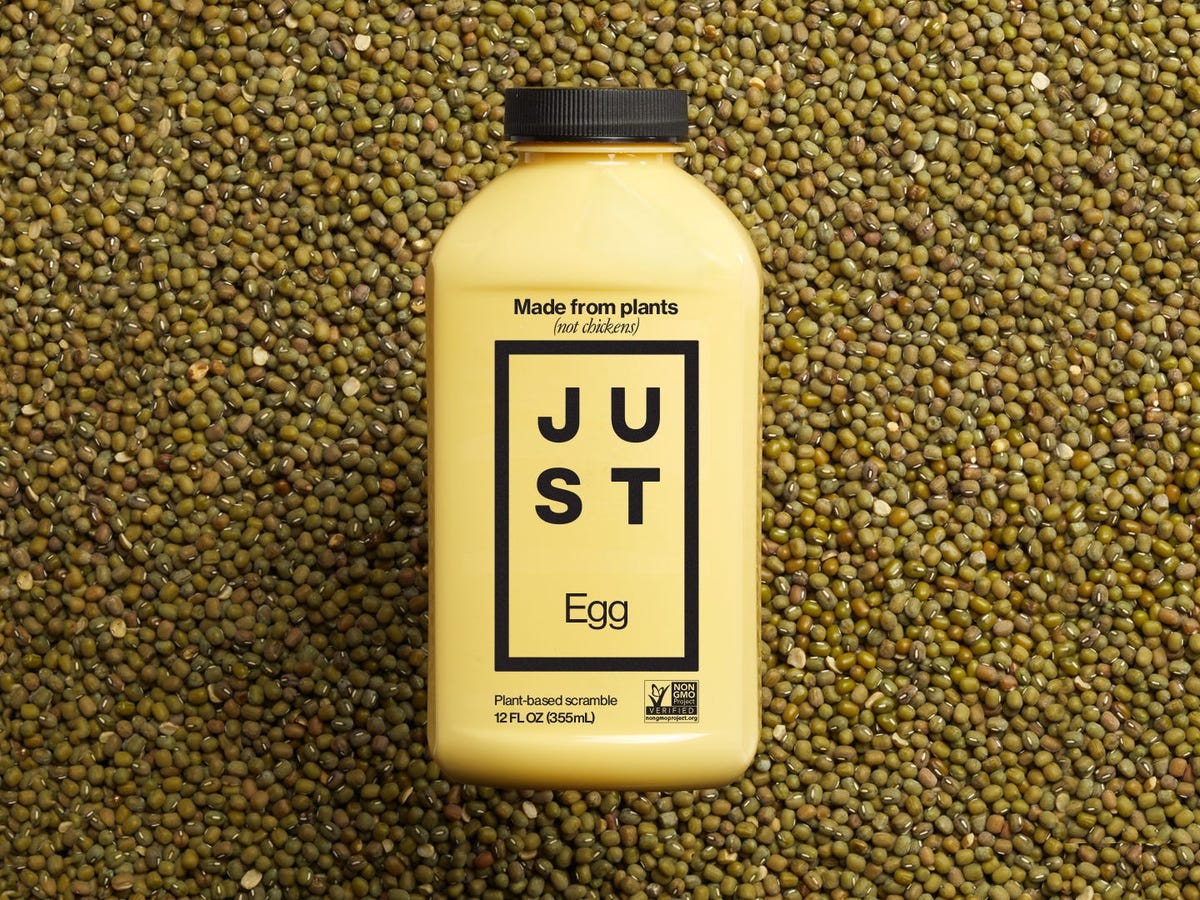 Courting Controversy and opposition.
Of course, since a significant part of earning and producing income comes from the eggs, chicken, and meat industry, as obvious, the company found itself facing much opposition.

The American Egg Board responded to Hampton Creek’s growth and additional egg substitute companies with an advertising campaign featuring the slogan “Accept No Substitutes.”
Hampton Creek Foods, in October 2014, was sued by Unilever for alleging the “JUST Mayo” name misled consumers into believing the product contained real eggs.

However, Public sentiment favored Hampton Creek, and more than 100,000 people eventually signed a Change.org petition asking Unilever to “stop bullying sustainable food companies.” which led to Unilever withdrawing its lawsuit.
However, the Food and Drug Administration sent a warning letter saying the Just Mayo name was misleading to consumers since the product must contain real eggs to be called “mayonnaise.”

In December 2015, Hampton Creek reached an agreement with the FDA to make it clearer in the Just Mayo packaging that it does not contain real eggs.
Publicity from the lawsuit and an egg shortage from the avian bird flu helped Hampton Creek grow.

In late 2015, several former employees anonymously alleged Hampton Creek was exaggerating the science behind its products, mislabeling the ingredients in pre-production samples, and manipulated employment contracts.

Then, emails secured through the Freedom of Information Act showed that the American Egg Board hired Edelman Public Relations to engage in a campaign targeting Hampton Creek’s reputation.
Among other things, the emails inferred the Egg Board discussed interfering with Hampton’s contract with Whole Foods, encouraged Unilever in their legal actions against Hampton Creek, and made jokes about hiring a hitman to kill the Hampton Creek CEO. The United States Department of Agriculture opened an investigation, and the CEO of the Egg Board resigned.

Then, in 2016, a Bloomberg story reported on evidence inferring that Hampton Creek bought its own products off store shelves to inflate sales numbers during fund-raising. Hampton Creek said this was part of an unorthodox quality control program. The Securities and Exchange Commission and the Department of Justice started an inquiry that was closed in March 2017 after deciding the allegations were insignificant.

Singapore takes the “First Bite.”
Notably, Singapore is also the company’s Asia – Pacific headquarters and its first factory in Asia.
There are several reasons for this choice – the country wants to have 30% of the food to be produced locally by 2030, it also utilizes scientific knowledge, especially when it comes to stem cell research. And since Singapore is the hub in Asia, it provides the opportunity to those companies who want to export to and sell their products to other countries in Asia.

The success of cultured meat will undoubtedly revolutionize animal agriculture.
And while it forms a significant part of the industry in any country, it will not be easy for these companies to let – go of their “income stream” that easily.

Meanwhile, many people around the world would be appreciative and accepting the idea of cultured meat as it harms no animals in the process.
With bagging its first sale in Singapore, Just Eat is set to revolutionize the entire animal-based diet concept!

Are We Misreading Our GDP Growth Rate?