The AOC was granted to the airline on May 20. “His (Singh) rich experience spanning nearly 20 years includes stints at Etihad Airways, where he worked as strategy and portfolio lead within the carrier’s digital technology and innovation division, and at Kingfisher Airlines, where he worked as general manager commercial alliances,” the airline mentioned.

Jagannath has over 40 years of aviation experience and he most recently served as chief executive officer of Air India Engineering Services, it noted.

Turner — who also has more than 40 years of aviation experience — led Jet Airways’ inflight services team between 2008 and 2011 and has held senior management positions at Gulf Air, Emirates, Qatar Airways and Fiji Airways, it said. Khanna joins the airline from VFS Global Ltd, where he currently serves as Business Head e-Visa, it mentioned.

“He (Khanna) has nearly 30 years of experience in the aviation and travel sectors across B2C (business-to-customer) and B2B (business-to-business) sales, having held executive positions at various airlines in the past,” it noted.

Financial distress forced Jet Airways, which flew for more than two decades, to suspend operations on April 17, 2019 and a consortium of lenders, led by State Bank of India (SBI), filed an insolvency petition in June 2019 to recover outstanding dues worth over Rs 8,000 crore. 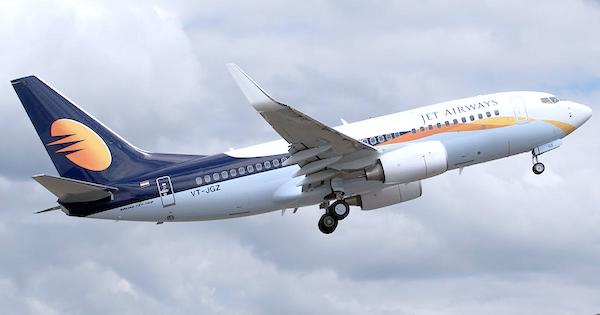 In October 2020, the airline’s Committee of Creditors (CoC) approved the resolution plan submitted by the consortium of the UK’s Kalrock Capital and the UAE-based entrepreneur Murari Lal Jalan.

In June 2021, the resolution plan was approved by the National Company Law Tribunal (NCLT)