Ahead of a bilateral meeting with his Japanese counterpart, Prime Minister Narendra Modi on Monday said that he sees Japan as an indispensable partner in India’s continuing transformation, asserting that New Delhi’s speed and scale combined with ease of doing business, attractive incentives, bold reforms and ambitious plans create unmatched opportunities for Japanese businesses.

Prime Minister Modi, who is in Japan on a two-day visit to attend a summit of the Quad leaders at the invitation of his Japanese counterpart Fumio Kishida, penned an op-ed on the vibrant relations between India and Japan in the Yomiuri Shimbun.

Modi will have a bilateral meeting with Kishida on Tuesday, their second meeting in two months.

In the article titled India-Japan: A Partnership for Peace, Stability and Prosperity’, he said that in the last few years, India has embarked on a journey to build a strong foundation for the manufacturing sector, services, agriculture and digital technology infrastructure.

I see Japan as an indispensable partner in India’s continuing transformation, Modi said.

We have also fostered a dynamic startup ecosystem in India, with over 100 unicorns. Japanese capital is already playing an important role in this effort. And there is potential for a great deal more, according to Modi.

India and Japan have collaborations in a number of developmental projects, including the Indian government’s ambitious Mumbai-Ahmedabad bullet train project.

The total cost of the project is pegged at Rs 1.08 lakh crore and as per the shareholding pattern, the Government of India is to pay Rs 10,000 crore to the National High Speed Rail Corporation, while the two states involved, Gujarat and Maharashtra, are to pay Rs 5,000 crore each. The rest is to be paid by Japan through a loan at 0.1 per cent interest.

Japan is regarded as a key partner in India’s economic transformation.

In the recent past, the India Japan relationship has transformed to a partnership of great substance and purpose. Japan’s interest in India is increasing due to a variety of reasons including India’s large and growing market and its resources, especially the human resources.

In New Delhi on Saturday, Foreign Secretary Vinay Mohan Kwatra, at a media briefing on Prime Minister Modi’s visit to Japan, said that Japan is among India’s most important partners.

Modi has referred to the India-Japan relationship as being one of the most natural in the region. In the last few years, the India-Japan Special Strategic and Global Partnership have seen great momentum.

“The meeting (between Modi and Kishida) will be an opportunity to carry forward the high-level engagement between the two countries, as also to advance bilateral cooperation agenda,” he had said.

Japan’s bilateral trade with India totalled USD 17.63 billion in FY 2018-19. Exports from Japan to India during this period were USD 12.77 billion and imports were USD 4.86 billion, according to the Ministry of External Affairs. 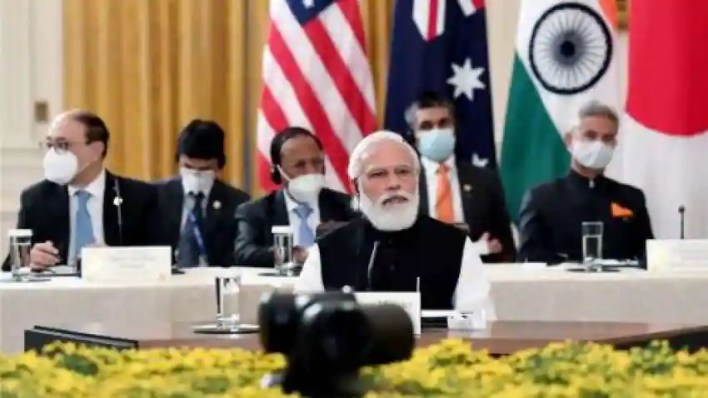 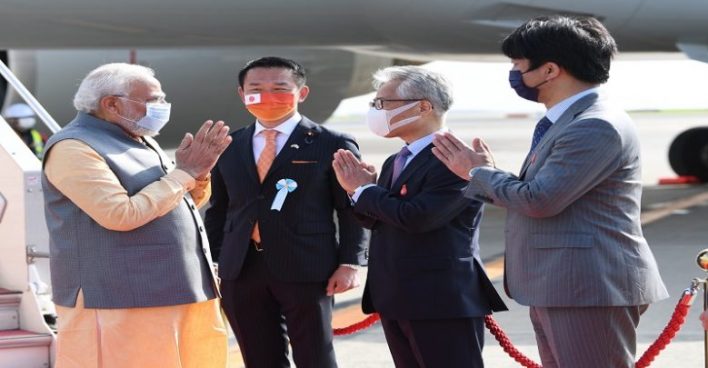