Sephora’s operations will be transferred from Arvind Fashions Ltd. to Reliance Retail if a deal is reached, according to the report. Sephora, Reliance, and Arvind Fashions did not directly answer Reuter’s appeals for remark.

Sephora is maintained by the French luxury goods group LVMH. It is spread in 13 cities with 25 stores in India. Sephora Has brands in categories such as makeups, perfumes, skincare, cosmetics, and hair care, referring to Arvind Fashions’ annual report for the financial year 2021- 22.

Reason For Ambani’s Interest in Sephora

Reliance plans to build a portfolio of 50 to 60 food, home, and personal care brands within six months and is hiring an army of distributors to take them to mom-and-pop shops and larger retailers across the country, sources told Reuters in May. Earlier this year, Ambani signed a long-term franchise deal with French fashion house Balenciaga and partnered with Gap to sell the American clothing retailer’s brands locally.

Reliance Brands is in advanced talks to acquire the Indian rights to premium makeup and beauty retail chain Sephora from Arvind Fashions, according to two people familiar with the matter. It was a heated topic for a few days and has also got confirmation by the authorities.

The Mukesh Ambani-led retail company is already in talks with developers to lease stores for Sephora, one of the sources mentioned above said. Mukesh Ambani chairs and runs $104 billion (revenue) Reliance Industries, which has interests in petrochemicals, oil and gas, telecommunications, and retail. He is the Chairman and Managing Director of Reliance Industries Ltd., it is India’s most valued company by market value. Reliance was founded by his late father Dhirubhai Ambani, a yarn merchant, in 1966 as a small textile manufacturer.

While Reliance Brands is yet to respond to the queries raised, Arvind Fashions’ spokesperson said in an emailed reply, “As per company policy, we do not comment on market rumors and speculation.” In 2015, Arvind took over the Sephora franchise, part of French luxury company LVMH Moët Hennessy Louis Vuitton, from DLF Brands. Reliance Brands was launched in 2007 with a mandate to launch and build global brands in the luxury to premium segments across fashion and lifestyle. It has a range of production companies with key worldwide brands, like, Canali, Coach, Diesel, Dune, Armani Exchange, Burberry, etc.

Ambani has expanded the companies in various fields and has tried to cover almost all kinds of brands. Reliance Brands has also recently forayed into the food and beverage retail space through a long-term franchise partnership with Pret a Manger – global fresh food and organic coffee chain.
She has also acquired a stake in various Indian design ventures. Last year, it entered into a strategic partnership with Manish Malhotra’s brand investment and also made an equity investment in fashion designer Raghavendra Rathore’s company.

The move could see Sephora’s operations shifted from Arvind Fashions Ltd., its current partner, to Reliance Retail. Arvind Fashions holds the master franchise rights of Sephora for India. Reliance Retail did not comment on queries. A correspondence mail directed to Sephora internationally did not produce an answer.

Achievements Of Sephora and expectations of Ambani from the Firm 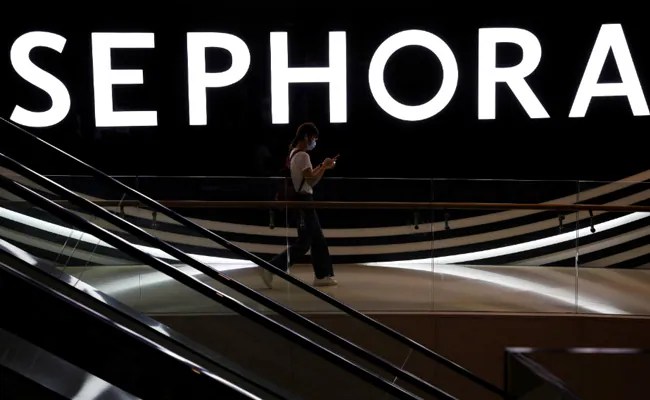 According to Arvind Fashions Ltd.’s FY21 annual report, Sephora has 24 stores in India across 12 cities. Internationally, the beauty retailer known for trading in the best make-ups and scents such as Lancome, Bobbi Brown, Benefit Cosmetics, etc., is represented in 35 countries with more than 2,700 stores.

The move comes at a time when Reliance Retail is targeting the beauty and personal care market in India after dominating the apparel retail segment in the country. India’s cosmetics retail market is expected to reach ₹ 2 trillion by 2025, driven by a higher propensity to shop online due to increased internet penetration as well as a large millennial and Gen Z population with aspirations and rising disposable incomes, Motilal Oswal Financial Services Limited (MOFSL), said in a 2021 report.

Those with knowledge of the development said the transition to a new partner is ongoing and will happen within months. “The stance could also indicate the seller’s hard work to comprehend and drive the top beauty trade in the Nation.” said the person, who did not want to be quoted.

UP govt has no plans to give unemployment allowance: Min