Reliance is committed to offering and thriving way more in the next five years.

Reliance Industries (RIL), India’s largest company in terms of market share, is committed to offering and thriving way more in the next five years.

At the 45th Annual General Meeting held, Reliance’s chairman, Mukesh Ambani, expects the company to double its value by the end of 2027 and thereafter grow more rapidly. The conglomerate currently has more than 17.55 lakh crore in market value.

Mukesh Ambani, during the AGM, addressing the stakeholders, said he has always believed that the interests of an institution must always override those of any individual or family, and keeping that in mind, the present Reliance will create a robust architecture for Reliance in the future, to ensure that it remains a well-integrated, united, and secure institution even as the existing businesses develop and add new growth engines.

Adding to his statement, Ambani said that such an architecture will maximize the synergies among all existing as well as new businesses.

Ambani also called attention to the group’s fail-safe governance system to ensure accountability at all levels.

Ambani further said that he, his team of leaders, and the Board of Directors, will commit themselves to make Reliance more robust, purpose-driven, more resilient, and truly future-ready so that, in the near term, the company more than doubles its value by the end of 2027, and thereafter continues to grow ever more rapidly.

The chairman expressed commitment and asked the stakeholders to judge him and his existing and new leadership teams by their performance.

During the AGM, Ambani announced major developments for the company and pledged to contribute to the country’s economic growth. His succession plans identified twin children, Akash and Isha, for telecom and retail leadership and the youngest son, Anant, for the new energy unit. 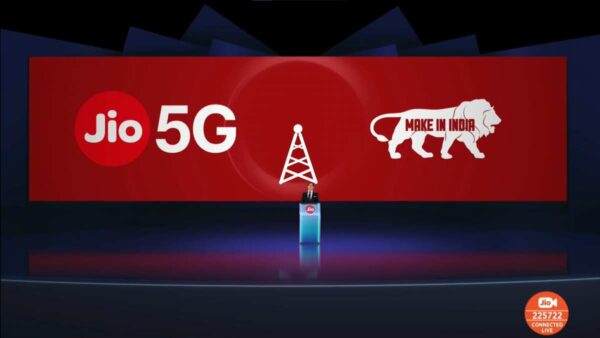 On the 5G rollout, RIL chairman Mukesh Ambani said Jio will roll out 5G services across India by December 2023.
In his statement, Ambani said that in order to build a pan-India true 5G network, a total investment of 2 lakh crore has been made. and that Jio has prepared the fastest and most ambitious 5G rollout plan for India. He added that by October, Reliance will launch Jio 5G across multiple key cities, including the metro cities of Mumbai, Delhi, Kolkata, and Chennai. He also said that the company was working with Google to introduce an ultra-affordable 5G smartphone.

Mukesh Ambani also stated that Jio’s digital service offering had made strong progress with a pan-India fiber-optic network of more than 11 lakh route kilometers and that its aim was to help lift India’s global ranking in fixed broadband adoption to among the top 10.

Also, announcing the introduction of JioAirFiber, Ambani said that Jio had developed a JioAirFiber Home Gateway, a simple and wireless, single-device solution to have a Wi-Fi hotspot in a home that would be connected to an ultra-high-speed Internet using 5G. 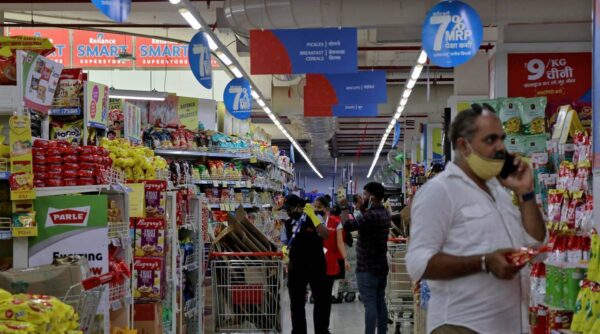 On the other hand, the Director of Reliance Retail Ventures, Isha Ambani, also announced that Reliance Retail would enter the Fast-Moving Consumer Goods (FMCG) business, with the objective of developing and delivering high-quality, affordable products.

Isha Ambani’s speech at the 45th Annual General Meeting (AGM) stated that the objective of the FMCG business rollout is to develop and deliver products that solve every Indian’s daily needs with high-quality products at an affordable price.

Isha Ambani added that as part of Reliance’s commitment to India’s rich culture and heritage, they will soon start marketing goods produced by marginalized communities and tribals across India.

It may be mentioned here that Reliance Retail opened over 2,500 stores to take its store count to over 15,000, stretching to an operational area of 42 million sq. ft.

Isha Ambani added that Reliance has built an extensive supply chain network with best-in-class automation modular design and has generated employment for more than 1,50,000 people during the year, taking the company’s employee base to over 3,60,000.

Reliance Retail achieved a record of Rs. 2 lakh crore turnover and earnings before interest, taxes, depreciation, and amortization (EBITDA) of Rs. 12,000 crores and is today ranked among the Top-10 Retailers in Asia.

Isha further said that during the year, they strengthened their own brands’ presence by launching several new products across the categories of home, staples, personal care, and general merchandise, and also launched the WhatsApp-JioMart partnership. 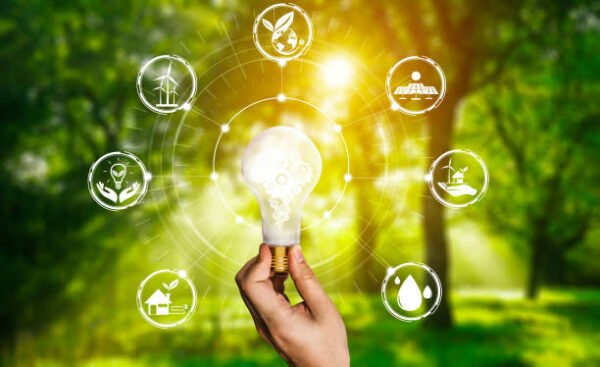 Besides, Reliance Industries is set to double new energy investment commitments and expects the green power segment to emerge as a growth engine for the company.

Mukesh Ambani, during his AGM meeting, also addressed Reliance’s plans to accelerate its committed investment of Rs. 75,000 crores in a fully integrated new energy manufacturing ecosystem at Jamnagar.
The company, by the year 2025, aims to establish 20 gigawatts of solar energy generation capacity for captive needs of round-the-clock (RTC) power and intermittent energy for green hydrogen.

During his speech, Ambani recalled the previously announced Dhirubhai Ambani Green Energy Giga Complex coming up over a 5,000-acre facility in Jamnagar, which enables at least 100 GW of solar energy by 2030.

According to him, Reliance Industries’ 10GW solar PV cell and module factory, based on REC technology at Jamnagar, will commence production by 2024. This will scale up to 20GW of annual capacity in a step-by-step manner by 2026. This will be the first of its kind of ‘quartz-to-module’ facility globally that will produce everything from quartz, to polysilicon, to metallurgical silicon, ingots, and wafers, and integrate them with cells and modules.

Notably, RIL had shared its ambitious plan to invest Rs 75,000 crore (more than $10 billion at the time) in green energy last year. The first investment would be towards setting up four giga-factories to integrate and manufacture all critical components of the business, which includes investment in the partnerships, value chain, and future technologies.

Meanwhile, Reliance has partnered with Stiesdal in the area of green hydrogen and commercialization of their pressurized alkaline electrolyzer technology to produce green hydrogen using solar power and water as well as accelerate cost reduction. Adding to that, the group is also discussing collaboration with other global leading electrolyzer technology players to set up the Electrolyser Giga Factory at Jamnagar.

Reliance is one of the largest producers of grey hydrogen globally and therefore aims to transition from grey hydrogen to green hydrogen by 2025 after proving its performance and cost targets.

India's unplanned city development will continue to be swamped by floods