Reliance Retail will shortly ask shareholders for permission to raise its borrowing ceiling for future growth and expansions from Rs 50,000 crore to Rs 1 trillion. The company has debt obligations totalling Rs 40,756.44 crore as of March 31, 2022, and the rise in the borrowing cap will enable it to borrow up to Rs 60,000 crore.

In its forthcoming annual gathering on September 30, Reliance Retail will request stakeholders’ permission to increase the current limit “for the motive of the operations of the organisation,” in accordance with the firm’s latest financial report.

Reliance Retail has expedited its store openings, adding over 1,000 new ones to its existing 2,400+ locations, more than half of which are in Tier II towns. Smaller towns now account for more than 50% of total sales, according to the firm, which saw a 2X growth in these sales.

The business has been enhancing its JioMart, Ajio, and Reliance Digital offerings, as well as a new platform specifically for third-party merchants, with an eye toward capturing a greater slice of the e-commerce pie. The company has bolstered its portfolio with the recent merging of Amante, Clovia, and Portico. The corporation also recently disclosed aspirations to enter the FMCG market in a significant way. The annual report states that as of March 31, 2022, it had borrowings of Rs 40,756.44 crore, of which Rs 12,021 crore were long-term borrowings and Rs 28,735.44 crore were short-term loans. Among the short-term loans, unsecured loans and cash advances from connected parties total Rs 28,733.7 crore. This comes from the holding company in the form of int corporate deposits.

For the first time, the company’s Ebitda (earnings before interest, taxes, depreciation, and amortization) exceeded Rs 10,000 crore in a calendar year in FY22, when it also reached an all-time high of Rs 10,365 crore, a 24% increase.

Now Mukesh Ambani will compete with Gautam Adani in the retail business, seeking special permission from the shareholders

What is the company’s plan?

The company is proposing to increase its debt limit because it wants to expand its business and for this, a lot of capital will be required. Anyway, recently at the AGM of Reliance Industries, Reliance Retail Chairman Isha Ambani said that the company is going to enter the FMCG category soon. Last year, Reliance Retail took approval to raise the borrowing limit from shareholders to Rs 50,000 crore. Reliance Retail had taken a loan of Rs 14,745.88 crore in 2020-21, which is a short-term loan.

The company is earning a lot from retail 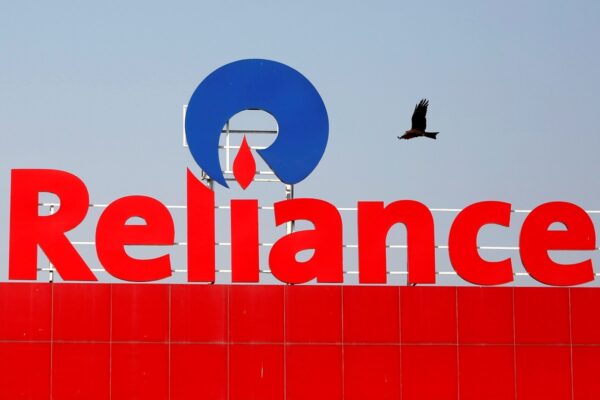 Last year Reliance Retail opened more than 2000 new stores and now plans to increase its number to 14,385. The company is earning a lot from the retail business and opportunities are also being created. Reliance Retail had an income of Rs 1,93,456 crore in 2021-22, which was 29 per cent higher than the previous year.

At the same time, the company also made a profit of Rs 4,934 crore during this period. The number of registered customers of the company has also increased by about 24 per cent and has reached 193 million.

The Liabilities of Reliance Industries

Zooming in on the most recent balance sheet information, we can see that Reliance Industries had liabilities totalling $3.09 trillion that were due within the next year and $3.02 trillion that was due after that. This was offset by its 1.68 trillion in cash and 237.7 billion in receivables that were due within the next year. Therefore, its obligations total 4.19 times more than the sum of its cash and (near-term) receivables.

Reliance Industries has a relatively large market capitalization of $17 trillion, so if the need came, it would probably be able to raise money to improve its financial sheet. However, we must be vigilant for any signs that its debt poses an unacceptably high danger.

To find out how much debt we have in relation to our income, we rely on two key ratios. The first is the ratio of the company’s net debt to its profits before interest, taxes, depreciation, and amortization (EBITDA), while the second is the ratio of its EBIT to its interest expense (or its interest cover, for short).

The benefit of this method is that we consider both the real interest costs associated with the loan as well as the total amount of debt (with net debt to EBITDA) (with its interest cover ratio).

With a net debt to EBITDA ratio of 0.92 and an interest coverage ratio of 6.1 times, Reliance Industries appears to be using debt very sensibly, in our opinion. However, the interest payments are more than enough to make us consider how cheap the debt is. We’re also pleased to report that Reliance Industries increased its EBIT by 57%, lowering the threat of future debt obligations. 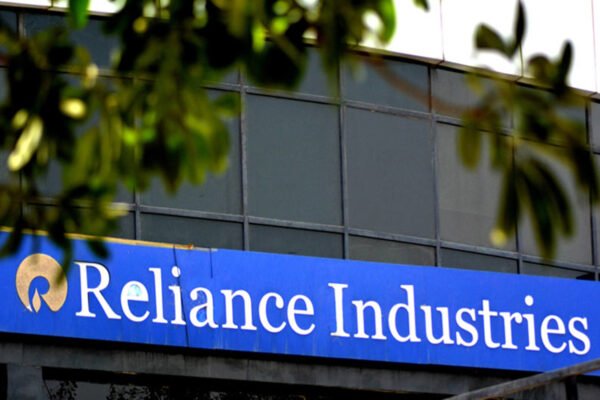 When examining debt levels, it makes sense to start with the balance sheet. But more than anything else, Reliance Industries’ capacity to keep a sound balance sheet in the future will depend on its expected future earnings. So you might find this free study on analyst profit estimates intriguing if you want to discover what the experts think.

The corporation can only repay debt with a budget, not accounting for revenues, per the final point. Therefore, it is obvious that we need to check to see if the EBIT is producing the expected free cash flow. Reliance Industries saw a sizable negative free cash flow during the past three years as a whole. Even if that might be a result of spending for growth, it makes the debt much riskier.

Stocks of Reliance: Reliance Retail Ltd. has asked shareholders for permission to double its borrowing capacity to Rs. 1 lakh crore. At the company’s annual general meeting (AGM), which is scheduled for September 30, the proposal will be presented to the shareholders.

The shareholders had authorized borrowing up to 50,000 crores in September of the previous year. The company’s board suggested raising the borrowing cap “by a sum not exceeding 1,00,000 crore” during its meeting on May 5, 2022.

India lowers its windfall oil tax to Rs 10,500 per tonne.

How Did 1mg Emerge As India's Most Reliable Online Pharmacy And Medtech Giant?