We have heard a lot about the countries that regularly reach the top of the table very often. These countries are often praised throughout the news and headlines across the globe. However, in appreciating the countries that have reached the top, we often fail to discuss the other side of the world, countries like Lebanon. Governments are struggling to survive and have been a lot of hardships in their daily lives. There are a lot of countries that are not getting justice, and their state is getting ruined every day.

Examples of countries like this are abundant, and it should not take the rising number of countries like this as lightly as they are taken right now because we are not safe until we all are safe and we are all together. In this article, we will be discussing one such country whose current condition is an absolute mess. Yes, we will be discussing Lebanon and why the country is such a mess right now. We will address everything related to it in today’s article. 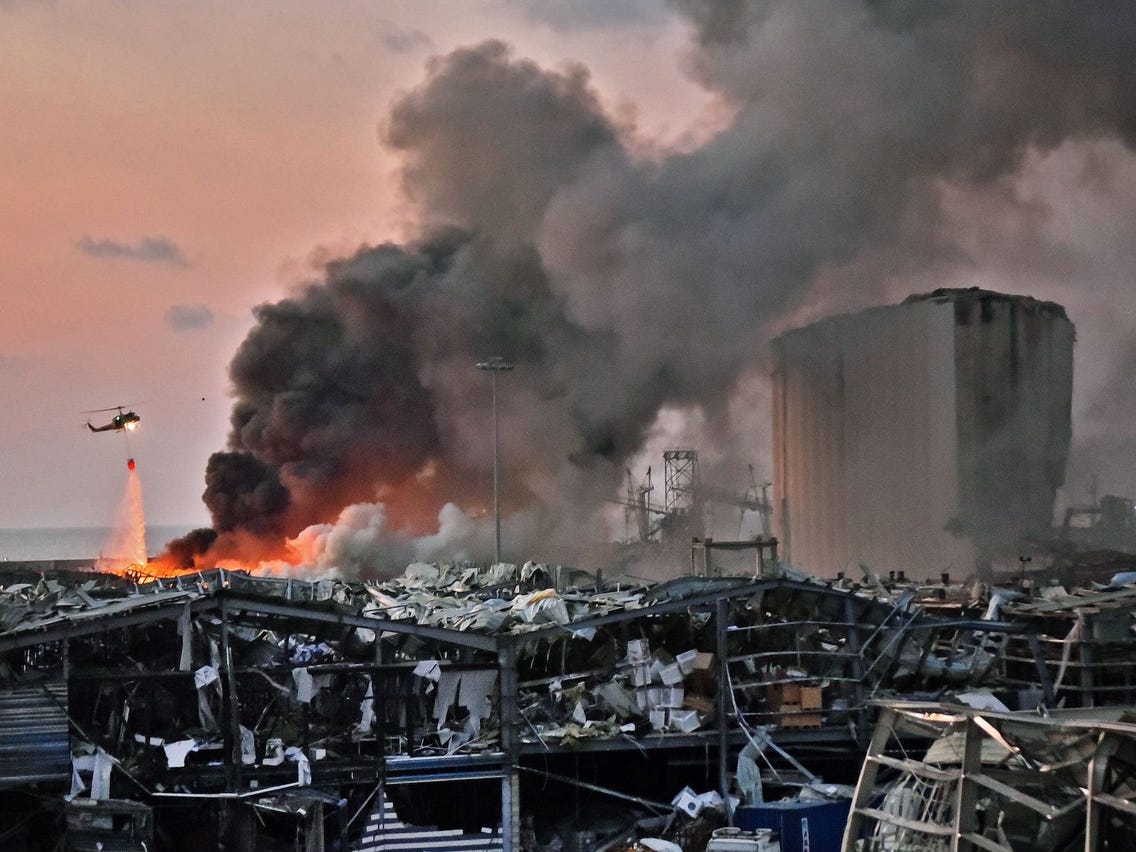 The violence in Lebanon is currently at a timely high. On this Thursday, 14th of October, six people were shot dead at the least in the state of Beirut. It happened when demonstrations that were going on related to a probe into the previous year’s catastrophic port blast prompted the worst civil violence in the country, which was never seen before. Other than this, the government is going through one of the world’s worst economic depressions. This bloodshed currently going on in the country adds to the woes of the worst ever economic recession. It worsens the condition of the country.

What is the probe that is leading to this Lebanon crisis?

The shooting that erupted in Beirut this Thursday was when the protestors were headed towards a demonstration called by the leader Hezbollah and its ally Amal. They called this demonstration to demand the removal of the judge who is in charge of investigating the incident of the port blast.

Many political tensions have been rising lately over the probe into the explosion, and this rising tension has made the whole country of Lebanon a mess. Near about 200 people have been killed, and thousands of them have been left injured. The swathes of Beirut have been devastated by this too.

The judge appointed in this case has sought to investigate several politicians and security officials about the incident. It also includes Hezbollah allies suspected to be involved in the negligence of security conditions that led to the port explosion. The blast was said to happen majorly because of the excess quantity of ammonium nitrate. However, all the people involved in the investigation have denied wrongdoing, leading to the country’s rising mess.

What is the root of all this in Lebanon? 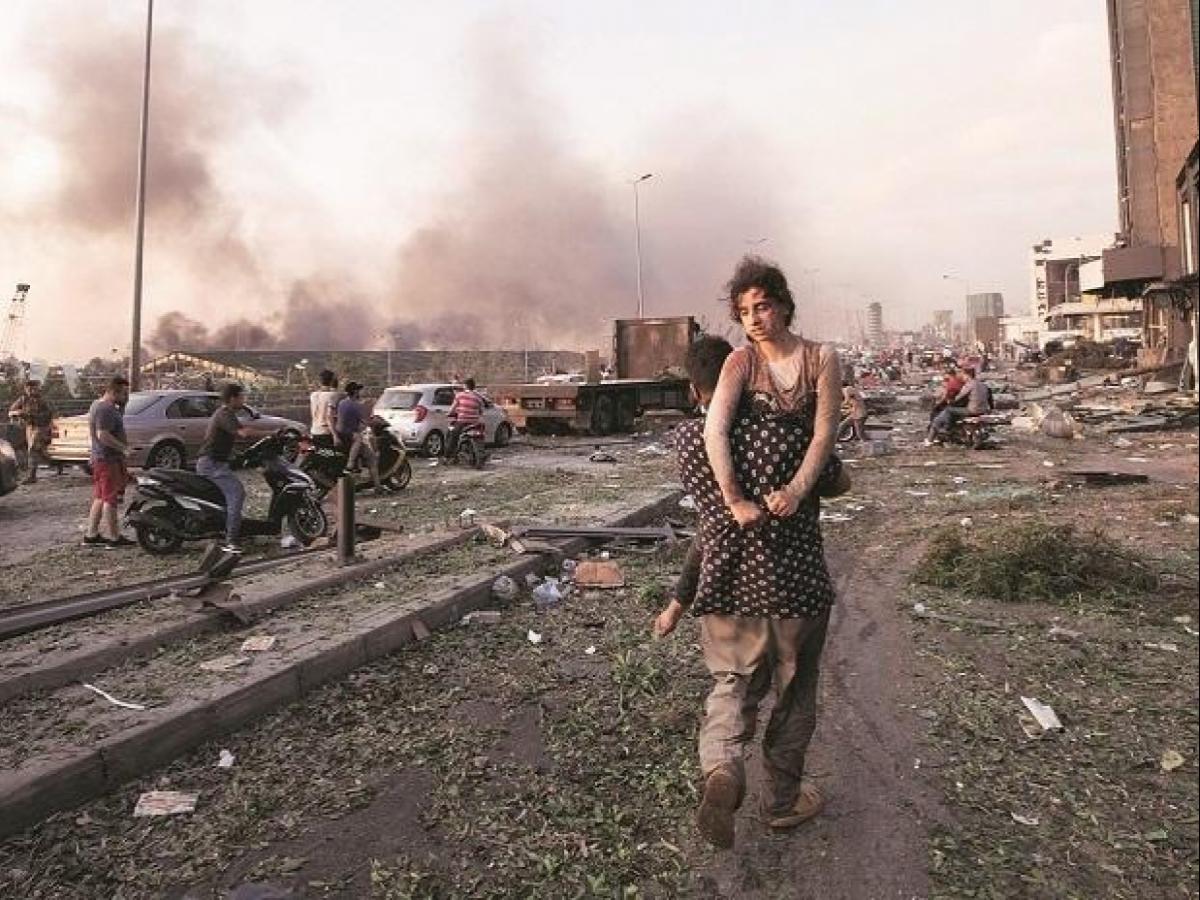 Through the reports and researches, the current crisis going on in Lebanon is based on one of the country’s main problems, which is the rising root cause of this issue. The Shi’ites and Christians have been lined up against each other on two different sides of this conflict. This sectarian politics has led to a division between the Lebanese and has fuelled civil war since independence.

There are several suspects in this investigation, and most of the prominent suspects belong to the Shi’ite allies of the highly armed, Iran-backed group Hezbollah. The lead investigator involved in this case is Tarek Bitar, who has issued an arrest warrant for one of these suspects, Ali Hassan Khalil, the nation’s former finance minister and the right-hand man of the Shi’ite allies.

The lead investigator of Lebanon, Bitar, has been questioning several non-Shi’ite officials in this case too. Some of these include the former Prime Minister of the nation Hassan Diab, a Sunni, a Christian general, and a senior Christian politician. This investigation regarding the probe has created massive friction between the Aon’s Party and that of Hezbollah. The reports had suggested that this issue is susceptible for the Christian parties majorly because even when the port blast killed a majority of Muslims, the after-effects of this were dominantly faced by the Christians and majorly in the predominantly Christian areas.

The other issue with Lebanon-

The problem currently faced by the people of Lebanon is not just this rising violence and bloodshed in the country. The country has also been going through an economic depression which has been the sharpest in the world. It has spiraled down from the government, facing a financial meltdown in 2019, which has now reached the bottom level. The financial mismanagement has been going on for decades, along with the rising level of corruption. It has led to the nation’s destruction, with three-quarters of the total population falling down the poverty line and currency value falling by nearly 90 percent.

The task that the government, bank, and central banks have failed to do last year. However, the new government, which Prime Minister Najib Mikati leads, has claimed to revive the country’s negotiations with the International Monetary Fund and secure a rescue package for the people and the government. However, for this, Lebanon has to agree on the size of vast losses which prevailed in the nation’s financial system and how they must be shared out.

On another note, this rising economic depression in the country with the country going through a collapse is forcing more and more people to emigrate in a brain drain across the sectarian spectrum. The claims have said that this rising brain drain will throw back the country for years and put a complete hold on its progress.

The country is also complicated by a substantial foreign influence leading to the problems of the government getting even more significant. The power balance has been widely tilted towards Hezbollah and its allies and has been widely favoring them. The country is away from factions aligned with the Western governments and Arab states led by the Sunni, which have given up their Lebanese allies.

Hezbollah, founded by the Revolutionary Guard of Iran and has become more powerful than the states, blames Washington as it views the probe as a part of the US-based campaign to chip off its influence. While Washington, on the other hand, sees Hezbollah as a terrorist group and has condemned the group’s intimidation of the judiciary. Talking about France, it has also stood by the probe and said that justice must occur independently and impartially. There is a strong need to protect Lebanon as these internal affairs are killing the country’s people and ruining the future generation’s lives.