Does anyone remember Social boycott in West Bengal assembly elections where Mamata Banerjee came out as a winner?

Of course, everyone does because those elections were held when the second wave of Covid was at its peak, people were dying, there was no oxygen, there were no hospital beds. Yet mass rallies were conducted with no social distancing and masks. What’s more Election Commission of India allowed this for quite some time. It is said that whenever elections surface, Covid and Covid related deaths magically minimise themselves.

After the results, West Bengal was grappled with post-poll violence, which continued for weeks. Several party workers on both sides were killed, offices were torched, and homes were looted. In this mess, a lot of real and fake news surfaced and law enforcement agencies were baffled with maintaining law and order and busting phoney information and videos. Still, it could not be denied that the state was under post-poll violence.

Chief Minister Mamata Banerjee appealed for peace and announced compensation for the victims and their families. Professor Biswanath Chakraborty, a political observer, said that West Bengal has always established political dominance using violence as a tool after elections. Bengal politics has always been linked to area dominance. BJP president JP Nadda has called it state-sponsored violence. Whether it is state-sponsored or not, few developments do raise suspicion.

Dulal Chakraborty, who is a BJP worker, had to flee from Mahisda village of Paschim Medinipur district, fearing retaliation from local Trinamool workers. Their friends and acquaintances advised them to stay inside the house and avoid going out in any circumstances. Chakraborty later figured out that he and his family were amongst the 16 local BJP supporters who were targeted.

Trinamool workers prepared the list to boycott them socially. When police got a whiff of this list and torture, they reached out to Chakraborty and assured him protection. But he was already too scared because he had to live 15 days inside the house. He made up his mind and cut off all ties with BJP. 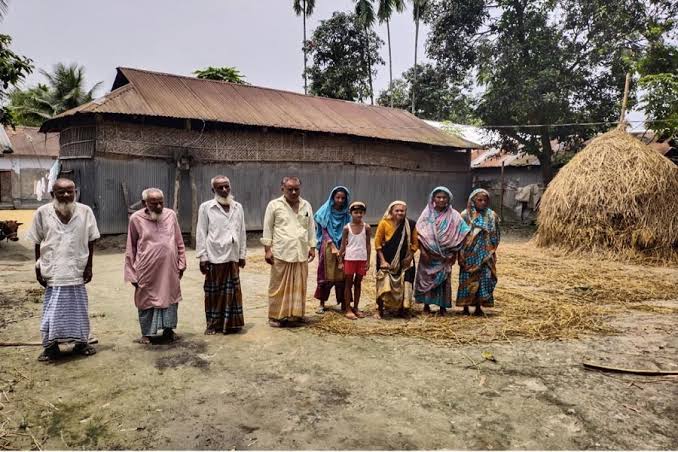 When Trinamool Congress Party was asked about this illegal isolation, the party outrightly denied issuing such decree or list. They are saying that someone outside the party has done this intentionally. The police doing some good work, launched a suo moto case against unknown persons. Police later arrested four people, all of which are TMC supporters, for spreading rumours. They are now out on bail.

Apart from Chakrabarty Narayana Middya, vice president of BJP, Keshpur Purba Mandal faced a social boycott for a month. Middya is still scared to return to his job and doubt if he has one. He works as a licence law clerk at the land records office. His house was ransacked, and he had to flee with food and essential items to avoid being beaten by TMC workers. Other people like Hardan Mall, who was not given tea at the tea stall, Gautam Mall, Panchu Mall, Dibyendu Mondol etc.

After the social boycott at Mahisda and other places after the Bengal assembly elections, the issue was highlighted by union finance Minister Nirmala Sitharaman and MP Swapan Dasgupta. All said and done, the fear is accurate, and many people like Dulal Chakraborty have left BJP. They fear the physical strength and violence of TMC and have written apology letters to the party. All of them have decided to leave BJP for the well-being of their families.

Chakraborty never saw the list himself, but TMC workers visited his house and beat up his nephew. The list, which later went viral, carried the name of Mahisda All India Trinamool Congress. The list also had an instruction written in Bengali, which said nothing would be bought or sold to people mentioned in the list.

Even tea sellers are not allowed to sell tea to these people. Those who do not follow this instruction will be severely punished. The law enforcement agencies stepped in and assured protection and confidence-building measures. People were asked not to pay any heed to such rumours and that the situation is normal.

What are we missing in this situation?

What we are missing here is that people like Dulal Chakraborty live in a mud house. Dulal is a farmer who owns only two bighas of land, Mall is a graduate with no job. The condition of the house and the amount of land can give us necessary insights into their economic prospects, income, the standard of living. He was living 15 days to a month into isolation where they were forced not to go out affected their earning. A person who lives in a mud house has to go out daily to find work so that he can eat at the end of the day. 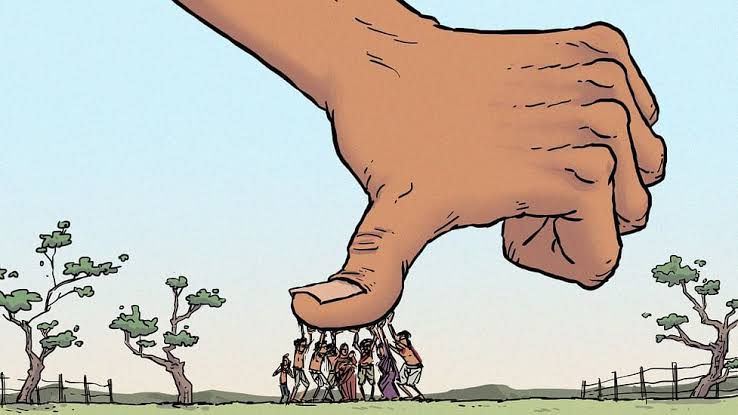 I bet all his savings would have been dried up in these 15 days of forced illegal isolation. Man is a social animal that requires interaction with people for his psychological, security and economic needs. A social boycott not only harms his economic well-being but also induces doom, dread and depression. According to Maslow‘s hierarchy of needs theory, a human being has five needs which he aims to fulfil in his lifetime. Social needs or esteem needs are the fourth level needs.

What laws are against the social boycott in India?

Maharashtra was the first state in India to bring a Social Boycott Prevention, Prohibition and Redressal Act in 2016 which made social boycott a crime. The movement was initiated by rationalist Narendra Dabholkar who worked against social evils like superstition. He was later murdered as his ideas gained momentum. Article 348 of the Constitution clause three translates the Maharashtra protection of people from social boycott law into English. Section three of the act defines rules related to social boycott in India. 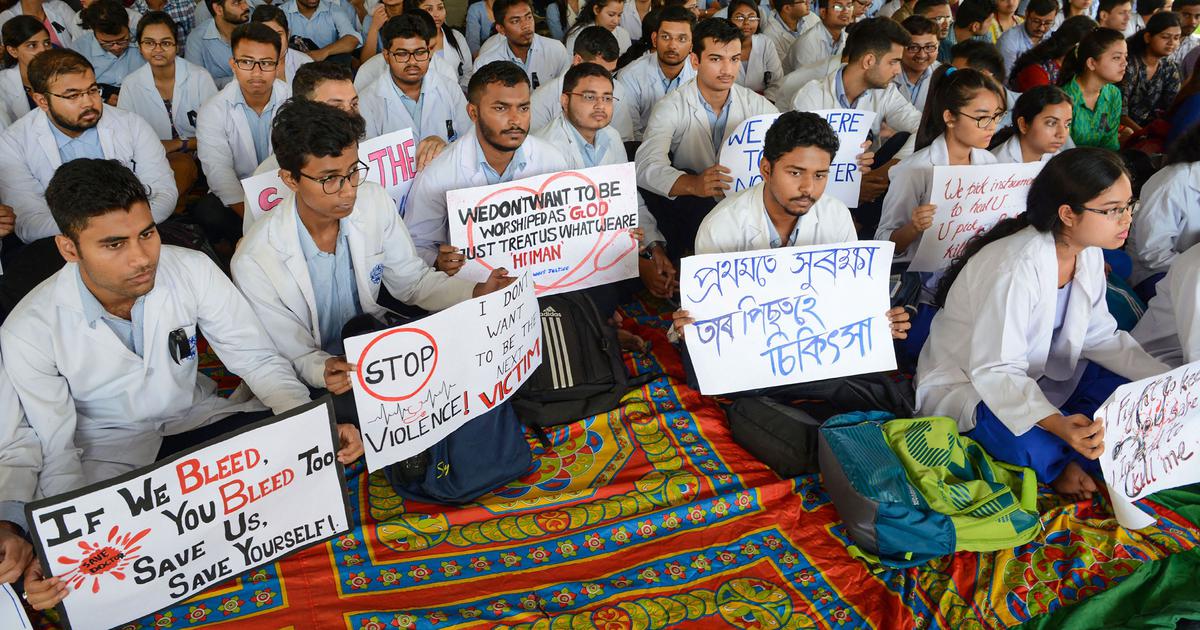 Preventing kids from playing in a specific place, prohibiting the use of a cemetery or prohibiting admission to educational institutions with mala fide expectations etc add up as a social boycott. India needs  social boycott laws because upper castes oppressed lower castes in the name of religion. Untouchability may be abolished, but cases of social boycott rear their ugly head at times. The act helps individuals to practice their constitutional rights in a free and secure manner with legal support.

But instances like honour killing, untouchability, boycott because of supporting some political parties surface. A social boycott is an offence that grants jail time of three years and a fine of rupees one lakh. It is a cognisable offence with bail by a first-class magistrate. For speedy justice, the trial has to be finished within six months from filing the charge sheet. A complaint can be filed with the collector, District magistrate or Deputy Commissioner with proof of social boycott orders.

India is a progressive country with an exceptional democratic setup, and social evils like social boycotts pull us back to the dark ages. A person is given fundamental rights to speech and expression, profession, religious inclination, special privileges to minorities, protection against crime, et cetera. Punishing people by boycotting them for supporting a political party or religion is a violation of fundamental rights. Law enforcement agencies and other parts of state machinery need to stop social boycott and assure security.

People who were victims of the post-poll violence were compensated, but who will compensate for the loss of money, freedom and peace of people like the Dulal Chakraborty?

With RBI prohibiting Mastercard from issuing new cards to customers, what’s in store for the existing cardholders?