This Diwali, we’re sending the greenest of season’s greetings your way and asking for your help to turn a golf course into a lush green forest in a remote part of the Himalayas. We’ll tell you why.

The thing is – just a bunch of trees don’t make a forest. Most of what we lose are native old growth forests- the lifeline not just for us humans but also for 3/4th of our planet’s terrestrial animals and plants. However, most of what we plant back are commercial tree plantations- a far cry from a forest! 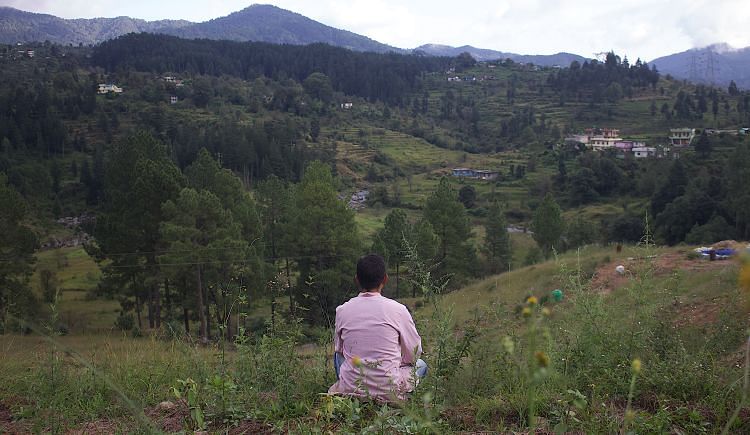 In our country we lost most of our old growth native forests in the Himalayas during the British colonial rule. The main aim of the colonial ruler was revenue. They cut down dense forests in the Himalayas to make railway sleepers and in their place what was planted back were commercial Pine (Pinus Roxburgii) plantations. Pine trees produce resin which is used to make turpentine oil- used in the paints industry, multi-million rupee business.
So when people ask me why is there urgency to work in the Himalayas- there is so much forest there already?! My answer to that is that it may be green but it is the wrong kind of green. Commercial tree plantations are like ‘green deserts’. They suck the ground dry of water, destroy bio-diversity and of course threaten the very survival of the people who live closest to them. The reason this problem exists today is because our government forest department still has a colonial mindset. Its archaic and outdated. Revenue generation is still the primary goal of forest management. However, we are experiencing  a gentle shift in their attitudes. There are slivers of intent shown by officials at times where they want to address the problem of bringing back back the original forests. However, the extent of destruction is so deep and geographically so challenging that their will to tackle this issue often weakens.
This is where Alaap comes in. We are starting at a very simple premise: if the British changed our forests in just 100 years, can we change them back?
We believe we can. Simply, by creating them. Lets just not ‘plant trees’ anymore. Let’s ‘create forests’. These lands may be a far cry from your daily city reality, but they need you. Just as we need them. If one issue facing the world today that affects us all- rich or poor, urban or rural, animal or human- is our lost forests. I invite you to be a part of this journey. We are starting from a barren government golf course in the district of Champawat in Uttarakhand!
May the Forest be with you,
Sheeba Sen
Founder and CEO, Alaap

Jim Corbett’s playground: Champawat
About our landscape
Situated less than 35 km from the Nepal border, our forest plantation site is a short walk away from the point where Jim Corbett killed the famous man-eater of Champawat.
But tigers no longer inhabit these forests. In fact, the dense forests which would normally provide enough food for leopards here have shrunk so significantly, that they now hunt stray and pet dogs in nearby villages. Rampant deforestation has also been blamed for water springs going dry.
All of this has been leading to a lot of out-migration from these villages.
With only 9% of dense forests left in Uttarakhand, we are on the brink of an ecological crisis. There is an urgent need for creation and not just protection of environmental resources.
Every year, crores of rupees are spent on conventional plantation techniques in the Himalayas. These yield artificial forests that are mostly mono-cultured, and don’t help with the kind of ecological issues we’ve been talking about. Most old-growth forests – which contribute to ecological stability and climate adaptation – have now been lost.

Backed by the community of Champawat in the Himalayan state of Uttarakhand, we already have 14,161 native trees growing baby roots in this soil. In the next phase of our work, we will be planting 12,800 trees for a total makeover of one more acre of this land.
Not everybody plays golf, certainly not the majority of hillfolk living in Champawat, Uttarakhand. Everyone here, on the other hand has a real concern about the disappearing forests, changing landscape, old springs drying up and the landslides which come without warning. Deforestation, soil erosion, water runoff – we’ve all heard this story but Alaap isn’t settling for a sad ending.
Since June this year, over 430 residents of Champawat – right from children to government officials – have pitched in with Alaap to transform an old golf course into a lush, Himalayan forest.
Using the Miyawaki Method of native forest creation, it’s possible to create a 100 year forest in just 10 years, in a scientifically proven manner. Take a look at our first ever Himalayan Miyawaki forest planted in Satkhol, District Nainital – see how fast it’s grown in the span of one year – completely naturally. With our pilot forest showing amazing results, we are now in collaboration with the district administration and local community of Champawat this year to set up a Native Forest Innovation Lab in the District of Champawat, Uttarakhand – on a 9 acre piece of land.
During Phase 1, in the monsoon of 2018, we planted 14,161 saplings covering 26 native species on 1 acre with over 400 community members from schools, government departments and village leaders. The results have been stunning – we have seen a 90% survival rate compared to 10-40% by traditional methods!!! Check out the photos above which show the barren golf course, forest creation in progress and the same patch less than 3 months later!

In Phase 2, we will be planting 12,800 saplings across approximately 4,000 square metres. That’s what we’re now requesting your support for.

Please do check out our fundraising campaign on Ketto for a detailed cost breakdown and consider making a small contribution, or just spread the word if you support the cause!

A note on the costing
I invite you to think of yourself as partnering with us, as opposed to just donating us. This is not charity; Alaap’s work is addressing serious, root-cause problems and we think of you as part of the solution. I urge you to have a look at our cost breakup. If you wish to seek clarification, do call or email me (Sheeba Sen, 8650010535, [email protected]).
If the forest in Champawat is successful, it will take our work to newer heights in the Kumaon region. We are in talks with the State Forest Department to plant in disaster ridden areas of Uttarakhand. It all rests on this pilot!
Curious to know more about Alaap? Watch this video. You can also follow us on our Facebook page

Starship is using self-driving robots to deliver packages on demand 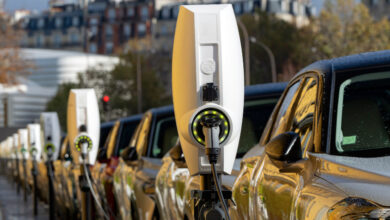 By Sheeba Sen
Follow Us
Weather
New Delhi, IN
Mist
31 ℃
31º - 27º
79%
2.57 km/h
31℃
Sat
34℃
Sun
36℃
Mon
36℃
Tue
35℃
Wed
Recent Tech News
Facebook Twitter WhatsApp Telegram Viber
Back to top button
Close
Popular Posts
Most Commented
Recent Comments
We use cookies on our website to give you the most relevant experience by remembering your preferences and repeat visits. By clicking “Accept All”, you consent to the use of ALL the cookies. However, you may visit "Cookie Settings" to provide a controlled consent.
Cookie SettingsAccept All
Manage consent