The chief minister and the governor of West Bengal got involved in a war of words on Wednesday after Mamata Banerjee wrote to him claiming that his planned visit to post-poll violence-affected Cooch Behar district violates norms, while Jagdeep Dhankhar hit back saying he is discharging duties mandated by the Constitution.

The Bengal governor is scheduled to visit areas affected by post-poll violence in Cooch Behar district on Thursday. On May 14, he will visit camps in Assam where some people from West Bengal have reportedly taken refuge due to the skirmishes.

In her letter, Banerjee also alleged that Dhankhar, exceeding his power, has been directly communicating with state government officers and dictating them, though she had earlier requested him to refrain from doing so. 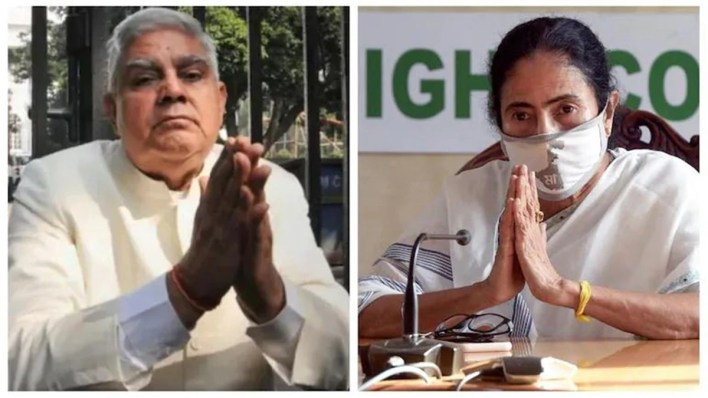 The Bengal governor, in his reply, urged the chief minister to commit herself to the Constitution as she has taken an oath to uphold it.

“I find from social media that you are unilaterally proceeding to Cooch Behar district on May 13 and, sadly, I find that to be violative of the long-standing norms as evolved over several decades.

“I, therefore, would expect you will kindly follow the well-established norms of protocol, as stated above, and desist from abrupt decisions with regards to field visits,” Banerjee’s letter to Dhankhar read.

Soon after receiving the letter, Dhankhar wrote back saying that he has been following the Constitution since taking oath as the Bengal governor and his visit to Cooch Behar was to share the pain and agony of the people suffering from post-poll violence.

“(The) Constitution mandates me under Article 159 that I will to the best of my ability preserve, protect, and defend the Constitution and the law and that I will devote myself to the service and well being of the people of West Bengal. I would do all that is expected out of my oath and constitution,” Dhankhar said.

The CM, in her letter, referred to the ‘Manual of Protocol and Ceremonials’ of the home department of the state government, which says that visits of governors are finalised by the secretary of the governor after obtaining the orders of the government.

In the strongly-worded letter, Dhankhar said, “I am appalled that a leader of your stature should be even contemplating that in making visite the Governor has to obtain orders of the Government.” 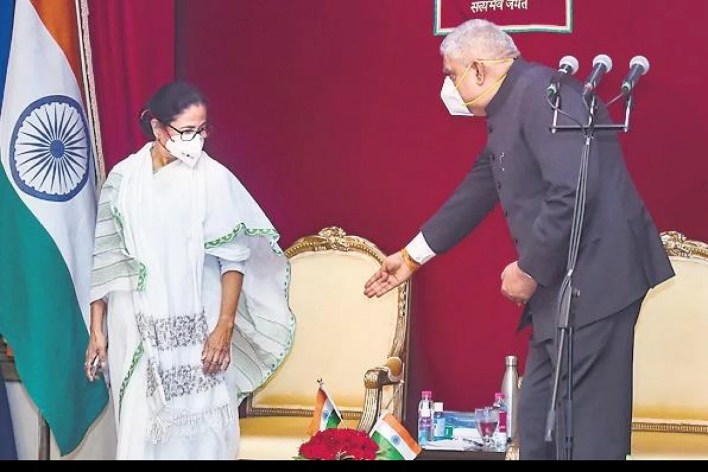 The Bengal governor said that he cannot persuade himself to subscribe to the stance reflected in the chief minister’s communication.

“This is time to address the issues being faced by people in deep distress. I can assure you of my fullest cooperation within the constitutional parameters,” he added.

Banerjee also referred to her letter written to Dhankhar on September 26 last year, in which she had urged him to “refrain from surpassing the Chief Minister and her Council of Ministers and communicating with and dictating the State officials, in excess of your power under the Constitution and directing them to attend before you”.

The CM alleged that the governor is “steadily ignoring” this advice.

At least 16 people, mainly from the BJP and the TMC, have been killed in post-poll violence in West Bengal and most of the killings were reported till May 3 when the law and order was under the Election Commission, Banerjee had said on May 6.

Political clashes also left a number of people injured in the state since the results of the assembly elections were announced on May 2, when the TMC returned to power in a landslide victory.

Earlier in the day, the ruling Trinamool Congress, which has shared an acrimonious relation with Dhankhar since its previous term in the government when he assumed office in July 2019, also flayed him saying he is behaving in a manner “unbecoming” of one holding the gubernatorial post.

“Being a lawyer I cannot recall any another instance of a governor behaving in such a manner…. I think it is aimed at influencing the judiciary as a case is being heard in the Calcutta High Court,” TMC MP Kalyan Bandyopadhyay told reporters. 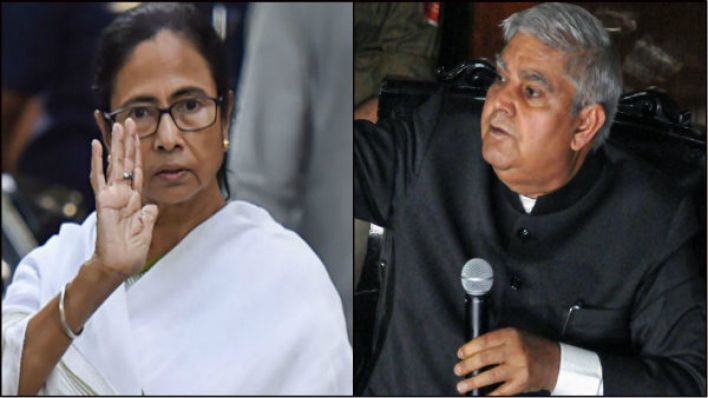 The HC is hearing a case on post-poll violence in the state. A PIL had been filed by a lawyer who raised the issue of violence taking place in various parts of the state after the state assembly elections.

“Dhankhar is coming to disrupt the peaceful situation in Coochbehar,” state minister Rabindranath Ghosh, who hails from the north Bengal district, said.

Countering the TMC’s charges, BJP spokesperson Samik Bhattacharya wondered why would the the ruling party object if the governor visits a place rocked by political violence and he wants to be on the side of the affected people.

ALERT: IMCR India Stated That The Country Should Remain Locked Down For 6-8 Weeks!