No matter what all decisions and promises the Modi government makes, it finally ends up being a huge disaster and something that shuffles the entire existence in some sort. The BJP government has been doing things that have always managed to grab the attention of the media either in a positive way or negative, which actually averages to negative though. This time there was a real shuffle! A reshuffle amongst the cabinet ministers who existed in the government as a part of the BJP government.

What great timing for reshuffling the cabinet and removing the ones who brought negative controversies to BJP!

According to the circumstances, the judgment of reshuffling the entire cabinet seems to be a bit of timing. The fact that Prime Minister Narendra Modi has been on a back foot during the entire second covid wave and has suddenly come into action that to be of this sort makes the general public a bit hazy about his intentions that are probably not in the favor of the welfare of the common public.

He has managed to remove all those ministers who brought negative controversies to the Modi government in any manner in the past few years in order to keep the Modi brand in highlight positively. If we look closely at the working of the Modi government or speak of BJP, the only ones from the past that have been left in the government are Rajnath Singh and Nitin Gadkari.

Is it because of development ideas of lack of efficiency during Corona?

This was not one of the initiatives that the Modi government took in order to ensure the betterment and efficiency of the country but seems like a promotional stunt in order to get rid of any controversies that might arise against them, especially when they are aware that they possibly did nothing in the Covid times for betterment and welfare of the people.

This idea or notion of the inefficiency of Modi government in times of Covid is proved to be true because of the fact that only the head ministers who had been the reason of criticism for the Modi government in the last year and prior, have been targetted and dismissed while the others remain on their positions like before. He has managed to throw off 12 ministers of significant ministries off their powers and appointed the new ones who are said to be the rich and wealthy class.

Statements of Narendra Modi to cover up the past incidents: The hero of real POLITICS 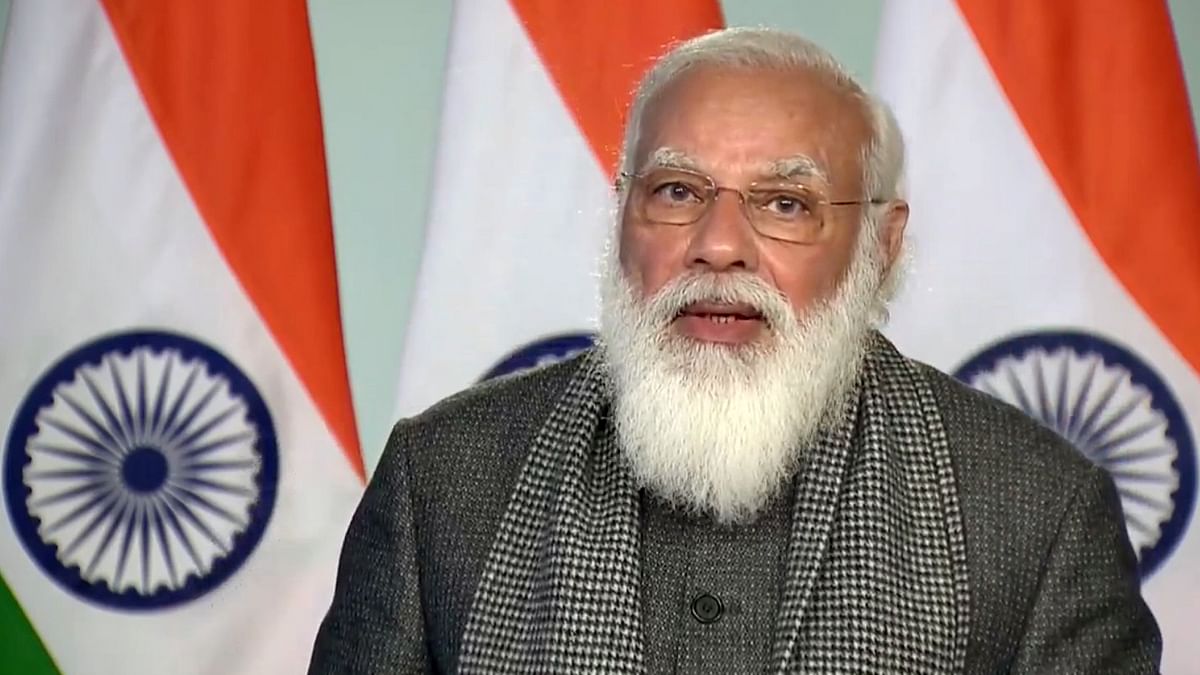 PM Narendra Modi has mentioned this act as a step to create an effective and purposeful government petrol price have, instead of the one who lacks in their duties. By his statements and decisions, he clearly made a difference among the past ministers and the entire Modi government by the means of somehow targeting them as the culprits of all the unfavorable decisions that the Modi government has made ever since. So should we consider this as a saying or acceptance of his decision failures in the past?

The idea of the shuffling of the cabinet ministers is also predicted to be an initiative to succeed in the upcoming state elections. We must not forget that no decision of a government has ever been for the mere welfare of the people or countries. The government has its own objectives and aims behind any decision that it makes from shuffling cabinet ministers to signing the Rafale deal by contradicting a few norms.

This decision of reshuffling the cabinet proves that even the job and employment of a minister is not safe in India which contradicts the idea that the general public has about security in government jobs. This is an act that displays the real power of Narendra Modi as he does what he wishes to without considering the loss or drawback that might come along.

This decision seemed like an act to cover up the past incidents where the Modi government failed to provide stability to the country especially during the Covid pandemic. People died in huge numbers due to lack of covid-19, due to the unavailability of oxygen cylinders,  medicines, hospital beds, and a lot more which clearly is a fault of the Central Government. If worked and supervised in an efficient way the government could have managed to be well prepared for the second wave and the losses would have been in lesser numbers.

The New Modi Cabinet of Ministers 2021 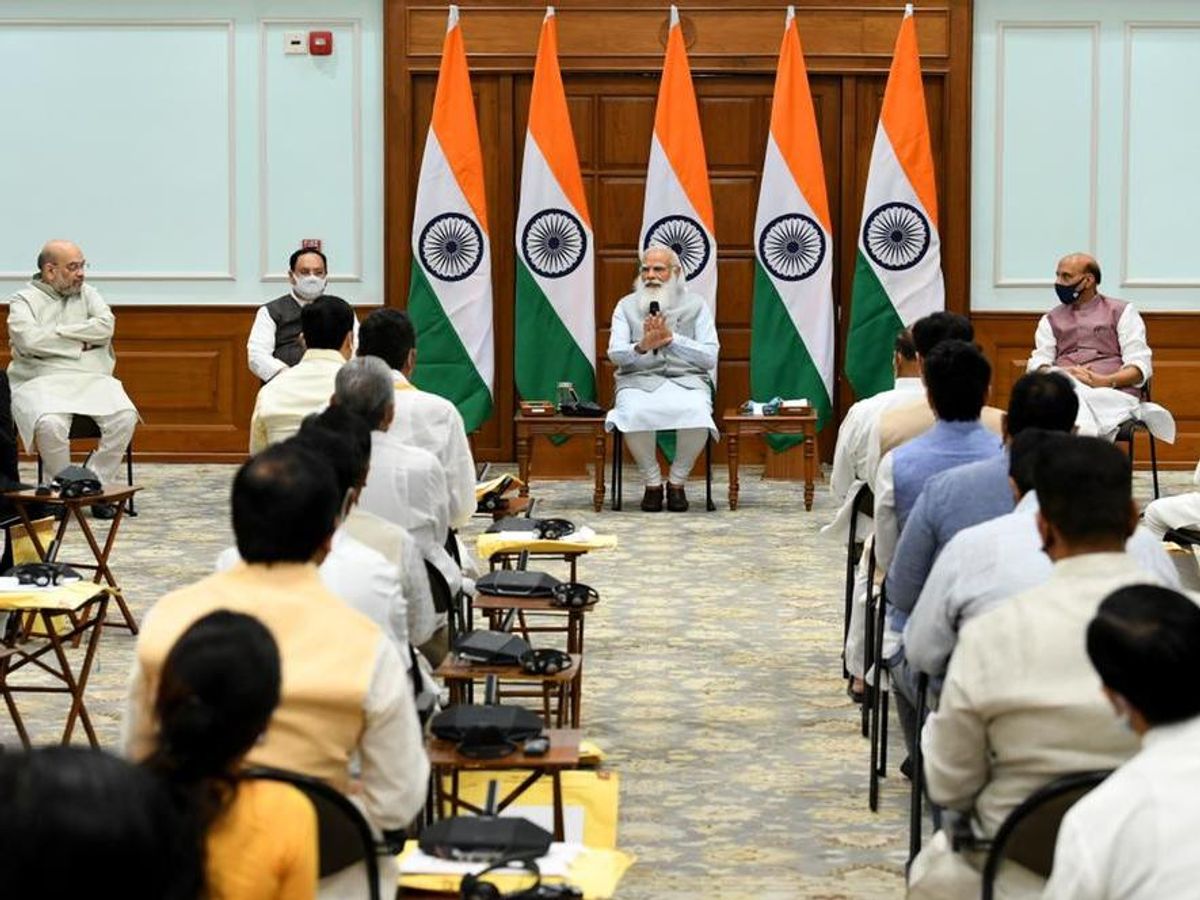 The ideas and revelations could go on and on forever, but before moving forward, let us have a glance at the new cabinet ministers of the Indian government, set the Modi government.

The ministers who retain their position in the cabinet ministry and stayed stable areas listed in the below section:

Besides all the above-mentioned new cabinet ministers of India, 28 new Ministers of State are also appointed on 7 July 2021. According to the reports the newly appointed ministers comprise 21 postgraduates and 17 graduate and professional graduates. The other 9 have a doctorate, 2 ministers have merely passed the class 8 exams; the other 3 are 10th pass and 7 are 12th pass.

Do the new ministers (42% with serious criminal allegations and 90% millionaires) deserve these powers for real?

Now that the Modi government has decided and finally appointed the new cabinet ministers and those of the states, the general public must be aware of the unknowns. Council of Ministers has about 78 ministers out of which approximately 42% have serious criminal cases against them related to murder, robberies, and many more. How does the Modi government seek the social and general welfare of the public by appointing ministers who are criminals by themselves?

The list is interesting that mentions the fact that 90% of the ministers in the present cabinet are millionaires which brings to our understanding that they are not at all aware of the issues faced by the common public. Each and every minister has assets of an average of Rs. 16.24 crores which is a huge amount to cover up all their luxurious and lifestyle demands. How can a man with all comforts and luxuries in place figure out the hardships and difficulties of a common man who hardly earns a few cents a day?

These judgments and reshuffling of the cabinet leave a big question mark on the Modi government and its decision-making power capabilities forever. We do not know of the real objectives of PM Narendra Modi, but even if he aims to do any good for the Indian people, it is just not happening. Instead, all these actions and decisions prove to be a reckoning and add to the hardship of the common public.

Narendra Modi has neglected all the downfalls and destruction caused by the second wave of the Covid pandemic leaving millions of people without any job or assistance in the health sector with the necessary resources. The public had just started to shift towards the possession of personal vehicles to ensure no contact with public transport when suddenly the petrol prices have risen to Rs. 100 per liter.

We are all aware that this is extremely expensive for the general public and we all know that a majority of the Indian citizens are below the poverty line or earn a minimal salary to keep up with the necessities in life. Hence we still do not know the time of when exactly PM Narendra Modi would begin looking at the real-life problems of the public and pay attention to the welfare for actual.

The New Population Bill: Does It Really Aim For Development At All Corners?

Karishma is a professional Content Writer and is majorly focused on news articles related to the aspects which hinder the growth at times. She writes articles related to various topics, like technology, government, policies, investments and funding.
By Karishma
Follow Us
Weather
New Delhi, IN
Mist
25 ℃
34º - 25º
100%
2.57 km/h
34℃
Sun
36℃
Mon
36℃
Tue
35℃
Wed
35℃
Thu
Recent Tech News
Facebook Twitter WhatsApp Telegram Viber
Back to top button
Close
Popular Posts
Most Commented
Recent Comments
We use cookies on our website to give you the most relevant experience by remembering your preferences and repeat visits. By clicking “Accept All”, you consent to the use of ALL the cookies. However, you may visit "Cookie Settings" to provide a controlled consent.
Cookie SettingsAccept All
Manage consent