But while we may have one day dedicated to the calendar, International Women’s Day, a day that honors us, do women really feel like they want to celebrate being born as a female gender?

Let us look back at the root of this Day, why and how International Woman’s Day came into existence – Back in 1908, at the height of the Women’s Movement, which was solely a labour movement when fifteen thousand women in New York rallied together for the demand of better pay, shorter working hours, and right to vote.

1909, the Socialist Party in America declared the first women’s Day; this declaration was followed in the next year (1910) by an idea of an International Women’s Day tabled at the International Conference for Working Women in Copenhagen. 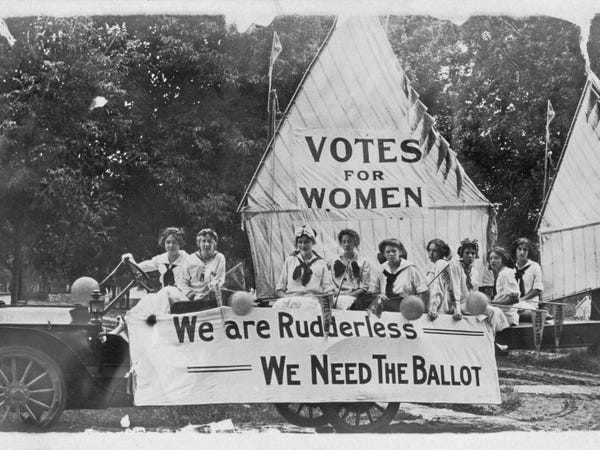 While the movement was gaining momentum, in Russia too, the fires spread; women in Russia in 1917 held a strike; they were demanding ‘Bread & Peace,’ and this strike in the calendar happened to be on 8 March.

Finally, in 1977, the UN officially recognized International Women’s Day, but what was the idea behind this Day?

Unfortunately, in today’s time, the Day has become just another day to wish and perhaps buy gifts, flowers, etc. The huge discounts offered by retailers and other marketing tactics are not what the Day symbolizes.

It has a profound meaning; the Day is meant to create awareness about women’s issues; it is about the challenges women face and definitely not about shopping and offering discounts on women’s products.

But think about it, how far have we come as a woman?

We are still battling the same issues as those in 1908, especially in India today; we are playing the dual role of taking care of domestic matters and, in many cases, contributing financially.

But a the end of the Day, when we look back at the Day spent, we are not encouraged by how well the Day spent or a sense of satisfaction. Instead, we recount the many instances that might have led us to feel vulnerable.

Whether it is travelling for education, work, or just about anything, traveling for women and girls is a nightmare in most cases, especially if you do not have your own mode of transportation and have to rely on public transport.

The buses are especially horrifying, for you are sure that either you will be pinched, groped, shown an indecent picture on the screen of a mobile, or simply be stared at with suggestive gestures.

If you escape this nightmare and opt to travel by an auto, be careful because a shared auto/cab is a definite – NO, even if it means shelling out more money, the reason for the same does not need an explanation. Even walking on the streets is a nightmare.

The list is long, and the reason is the same – it does not require an interpretation; in a nutshell, it is about the safety and security of a woman.

While the foreign countries are much better in this regard, India is not.

We are still battling with a Victorian–era mentality; it is 2021, an era of cutting-edge technology – yes!; and we in India (Women) are still fighting for our fundamental rights, the most primitive of rights!

What are the major issues that women are still facing?

Hence 41% of the woman live in countries with anti–abortion laws.

Do you not think that this falls under the purview of human rights, and just because the onus of reproduction has been given to women (by nature), it does not mean that women are reproduction robots! Come to think of it; even animals have this right to choose.

23,000 women die every year because of unsafe abortions.

2. The right to live and the right to live on our terms – this is right we are fighting for even today. In our country, too, there is a set path for most women, and those who choose not to follow this path are termed as ‘loose,’ ‘unworthy,’ and many such adjectives. Why?

Because these woman may choose not to marry, they may choose to instead focus on their work or interests or anything else. But the fact that women are not married by a certain age or not have the typical society demanded attributes – it is living in hell, almost for such woman.

3. Violence against women – Domestic violence is another battle that women all around the world face, many on a daily basis.

In India, domestic violence is regarded as a family issue, something which is between the husband or wife, or a boyfriend and girlfriend, but it is not just these relationships that one may encounter violence.

Today increasingly, rapes in India have taken a very violent form. It is not only that the woman is raped; she is also subjected to extreme physical torture. What does this say – it shows the frustration that the male gender is feeling and increasingly so as more and more women join the workforce or rebel in small forms, which is enough to instigate and harbor ill in the minds of the male gender.

One hundred thirty-seven women are killed every day by a family member or a male relative (Husband, Boyfriend), and Femicide saw a phenomenal rise and worsened during the Covid -19 pandemic.

4. The right to education and independence – in India, we are still crying out for this very basic and fundamental right. Even today, when a girl is born in India, people prefer to save for her marriage; this mindset, by the way, is still prevalent in most parts, they might send their daughters to school, but in their minds, they are very much enslaved to this thought process.

How many women actually contribute to and in decision-making? Isn’t this the prerogative left to the man to make and take all necessary and vital decisions regarding a family, work, etc.? Are the women asked for their opinion? Are they encouraged to voice their views on a particular matter?

The fact is that this day has become restricted to sending flowers, chocolates, gifts, advertisements, and promotions offering big discounts in the name of celebrating women, but do we really want flowers and chocolates and such?

No, what we want is encouragement, appreciation, respect, independence, understanding, education, and simply – to live as per our thought process and on our terms.

Where Did The Government’s 9 Billion Rupees For Research And Development Grants For Coronavirus Vaccine Development Go?

Where Did The Government’s 9 Billion Rupees For Research And Development...