It’s not just a theory, word, concept, spiritual myth, or anything else but has evolved as a crime!

What does Jihad exactly mean?

Jihad is an Islamic belief that clearly means “struggle” or “striving” (in the way of God) or to work for a noble cause with determination; it does not mean “holy war.” Muslims themselves have disagreed throughout their history about the meaning of the term jihad related to holy war. Nowhere in the Quran, jihad word is used to describe a holy war! Quran can never lay directions to build a religion on the bloodshed of humanity and hatred. Quran has always depicted Islam as the religion of peace. It is a holy book and can never mislead people to kill humanity and indulge themselves in crime. Do not misguide or mislead anyone in the name of ‘Jihad.’ The youth is meant to study and reach heights and not transform and become Jihadi instead of a scholar or doctor.

What is ‘Love Jihad’?

Love Jihad is a theory where a Muslim boy is portrayed as a jihadi and is forced, manipulated, and brainwashed to mislead a girl in the name of love to change or convert her religion and accept Islam.

Love Jihad is a total fraud game played behind the purity of emotions and love. Love jihad is being used to convert Hindu or Christian girls into Islam forcefully. The boy marries a girl in the name of love and forces her to convert religion after marriage. The girl is often married and kidnaped from her home and didn’t even know that the boy she is ready to marry is a Muslim.

We all know the number of cases registered daily of love jihad. The whole of south India and parts of Uttar Pradesh are the victims of love jihad. Many cases are daily reported, and unluckily, not every girl is rescued from this hell. The cases of love jihad and related crimes are increasing day by day.

We all know that Love Jihad is a crime, but there are many severe offenses and other crimes related to Love Jihad. We often learn how the boy kidnapped a girl, blackmailed her, tried to murder her, rapes her, and every case includes harassment and abuse.

We all know a single crime happened will lead to many more. And that’s really happening with every single love jihad case.

Undoubtedly love Jihad makes a hell of a girl’s life and her family.

Why are we talking about love jihad now?

We all have heard how brutually Nikita Tomar was killed and was a victim of Love Jihad. Just because she refused to convert her religion, she was dead shot by the Muslim boy. Is this you call love? Love makes life live, and people have literally changed the definition of love according to their will and goals.

So we will highlight the whole incident and love jihad in the country.

Nikita Tomar, a girl who used to live in Ballabhgarh, Faridabad, was shot dead by Tauseef Ahmed and Rehan on the main road. The reason behind this brutal murder was that Tauseef used to love Nikita and wanted to marry her so that he can convert her religion and make her Muslim. Nikita denied to accept Islam, and He just killed her.

At the beginning of the case, police denied filing the charge sheet against Tauseef and Rehan, but once the news rolled in media, they have to do it. Justice for Nikita campaigns was run on social media.

The government of Haryana took immediate action and got the accused arrested. Now the government is planning to make a strict law against Love Jihad.

On the matter of Love Jihad, only Uttar Pradesh has strict laws made by the CM Yogi Adityanath. Now, states like Haryana, Andhra Pradesh, and more are planning to implement strict laws against love jihad crime. Of course, we need the most strict laws to stop the love jihad campaign running in the nation to support the ultimate plan of Gazba-e-Hind.

Many lives are being ruined due to this false Islamic theory made by the Jihadis and Katarwaadis. We all should take measures to stop this crime. Not only based on religion, but people from every religion who believes it as a crime should speak out loud against it and should contribute to stopping this offense. 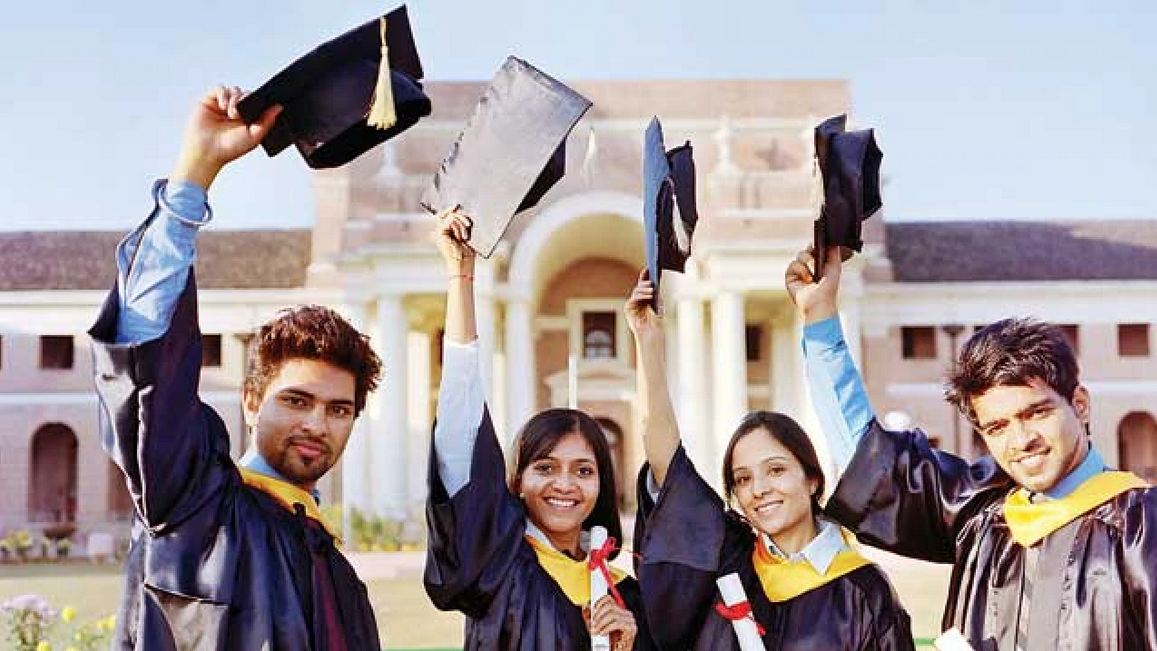 Nikita Tomar’s case is being linked with the popular amazon prime series Mirzapur. In the last scene where Munna Tripathi shot Sweety Gupta, where she has been married to Guddu Pandit and is pregnant, she is being called an inspiration for sick-minded people like Tauseef. Kangana Ranaut raised her voice and demanded a ban against the series.

With slow claps, I would really like to say that if the movies and shows influence people, they all must follow Meri Shaadi Mein Zaroor Aana and clear the UPSC exam. Of course, Sattu cleared the UPSC after betrayed by her love. We are also talking about love, so why don’t people get inspiration from movies like Aashiqui 2, Laila Majnu, and Hamari Adhuri Kahani, where the boy dies to save her love. At least take inspiration from the things that are right.

Everyone has been gifted brains to use it and not just to keep it unused. If we are here to blame some or another movie or show, we are not stopping crime instead of shutting many people’s employment ways. Countries like Saudi Arabia, America, too, have violent series, but their laws are so strict that no one gets any wrong inspiration from it. Right? In these countries, at least rapists are not on trials for more than 12 years like we have in the name of human rights law. Do you seriously think a man who rapes a girl is a human left from within? No, they are clearly a dangerous element for the society who should be given the penalty of death immediately after the offense is proved. These countries have strict laws for the crime against women.

However, this case was of love Jihad, and in the series, no one was trying to convert anybody’s religion. Also, Munna went there to kill everyone. It was the luck of Golu and Guddu that they managed to survive. So relating both of the things is simply an illogical connection between the show and crime happened.

The accused’s intentions and sayings will prove that love jihad has only crime and no love!

In the police interrogation Tauseef, the main accused, revealed that Nikita was not responding to his calls and texts. So he wanted to teach her lesson. Tauseef reached prepared along with his friend to kidnap Nikita as he had allegedly done in 2018. The gun he used to shoot her was taken from one of his relatives, who has a criminal background and came out of jail a few weeks ago. However, he didn’t mention anything about his Love Jihad’s plan but nor denied to it. The police are still investigating it and digging out the truth from the story and statements recorded.

Is it justified to kill someone who doesn’t respond to you?

If he used to love the girl, why he chose to end her life? Was his male ego more than his love for girls? If yes, then sorry dude, love doesn’t teach you this! With the statements itself, it is proved that he just wanted to take revenge on the girl to satisfy his so-called male ego!

A different angle of the case: It will surely blow your mind!

What if we think from the boy’s perspective and give a slight change to the story? The boy was a Muslim, and the girl was a Hindu. Isn’t it possible that it is just a murder story and not a case of Love Jihad? Might be? No? Just because the boy was a Muslim, the girl’s family accused him of forcing their girl to convert to Islam? Is it possible that the boy just killed the girl to take revenge and never forced her to convert to Islam?

The fake allegations of Love Jihad are always put on Hindu-Muslim couple. We all have developed Islamophobia in the past years. Not only in India but in every corner of countries, every Muslim has become a suspect. The couple who goes against the family and take a stand for themselves may suffer from these religious bias fake love jihad allegations. It has been discovered that in some cases, Hindu parents put allegations on the Muslim boy or girl that he/she is trying to convert their child to Islam.

However, the boy did wrong in any way. It is just that how we are portraying and judging things with no concrete proof and clarifications. The oy is in custody and will soon get punishment for his crime. No love allows you to kill anyone! It is wrong and will be a crime forever.

The moment the media heard the allegations of Love Jihad, They all jumped to report it so that they can boost their TRP. Even media channels and designer reporters asked encounters for the Muslim boy. Is our democracy so weak that we need encounters for every single thing? No, where is the tag of saving human rights when they ask for encounters for the culprit without having any proof and substantial evidence against the significant allegation? Here I am talking about the main allegation of Love Jihad and not murder! As the media portrayed it, the main charge against the accused. His sin to kill a girl was minimized, and hate speeches were broadcasted over the television and digital portals.

Why media always starts to give judgments and decisions on the incident happened? Do they ever think about how hatred is spreading inside the nation? Hindus are hating Muslims, and Muslims are hating Hindus due to the opinions and views given by the media to increase their audience base and TRP. Akhand Bharat comprises both Hindus and Muslims, not just Hindus! We believe in living together and not dividing and separating.

The work of media is JUST to INFORM and to present their own designed opinions and judgments. And if the journalist or reporter wants to express their view, then she/he should add that it’s their personal view. Not only in this particular media tries to boost their ratings with the one-sided story that can affect masses.

Why the media didn’t question more and started campaigns against the Palghar Mob lynching? Why to always target Muslims? Why not to question those pandits and babas who rape women in the name of religion. With a lot of sadness, I will have to say that the media should revise media ethics again.

The silent protest by Sudarshan News

We only protest to attract the audience and not to fight for justice! Yes, this is what is happening! Where was this media house when wing commander Abhinandan faced misbehaved by Pakistanis? Where was your protest at that time? Where was this channel when Nirbhaya didn’t get justice for more than 12 years? You are saying that we should take measures to stop Love Jihad? Why? Is there no other crime you can see happening in the country with the women? This is known as delivering and to inflame the citizens.

Leave everything if this media talks about crime against women. Why didn’t they take a stand when Rhea Chakravarty was targeted and almost surrounded by hundreds of reporters that made her uncomfortable. Why didn’t you talked about it? This is the bias behavior of Sudarshan News! Be neutral! The bias behavior of media is a loss for the country!

Top 15 tax Havens In the World