What pays for all of these services?

Various corporations and individuals depends on the things like: well educated staff, doctors and hospitals who keep people healthy ,good roads to go to meetings and home to their families, courts that protect their contract and help everyone, who wants to have their own society and live off, on their own. What pays for all of these services?

WHICH COUNTRIES ARE KNOWN AS TAX HAVENS COUNTRIES?

It’s tax. However, there are a lot of situations from all around which can help you to have and feel like a safe haven if you are wishing to hide the money you have calculated ovr time ,where there loot is protected by a wall of secrecy and where laws and regulations are always up for a discussion.

The country which has very low taxation or no taxation at all is known as a tax haven. Most of these countries are islands.

Many major corporations and individuals take advantage of the financial loopholes these foreign countries offer.

Tax havens are also known as offshore financial centers (OFC) as they are often small and remote locations. 15% countries are tax havens in our world. Roughly 40 major tax havens are located.

Here are top 15 tax havens in the world: 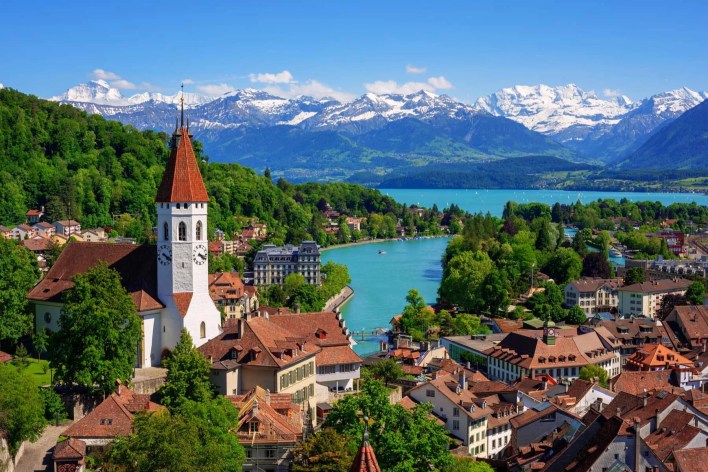 Switzerland is a small country with a total area of 41,277 sq. km. In 2011, Switzerland was ranked the wealthiest country of the world in per capita terms. Switzerland was known as one of the best tax haven but that isn’t the case anymore due to the pressure from United States in the European union.

Individuals can still reel enormous benefits by locating in the country. The government charges foreign households that locate there 5 times their monthly rent or potential rent value of their property if they own their home.

The provinces of Switzerland known as cantons levy no tax on holding companies. Most corporations own shares in other countries and reap in profits at low tax rates. Delaware was named after the Delaware River. It is the second most diminutive state in the United States. Delaware is considered the best place to incorporate in the US. It has strong secrecy laws and a liberal incorporation regime. It has a separate court system which is pretty friendly to the companies.

It also doesn’t charge tax on profits of companies that do not do business in the state. Delaware doesn’t tax intangible assets so companies can set up a subsidiary and pay royalties to all other states.

This helps in tax deduction from all other states and money isn’t taxed in Delaware either.

Monaco is one of the sovereign state. With an area of 2.1 km2 Monaco, is the second smallest state in the world .

Monaco hasn’t levied an income tax since 1870. It doesn’t charge capital gains tax or tax on dividends. Out of Monaco’s 38,000 residents 25% a millionaire’s that’s one in every three people.

There are no inheritance taxes in Monaco, but rental businesses are taxed at 1% of the annual rent plus other appropriate charges.

The territory levies no income tax on individual and no corporate tax of any kind. Companies based there also do not need to file a tax return so it remains a secret on how much they make.

Ireland is a part of United Kingdom. In 2011, the community of Ireland was about 6.6 million, ranking it the second most populous island in Europe. Ireland only charges a corporate tax price of 12.5% and an even lower tax rate of 6% on profits derived from patents on intellectual property papers and that’s before deduction.

Apple put their headquarter in Ireland and was investigated by EU after it was discovered that it paid an effective contribution rate of 3.1% on 31 billion dollars worth of revenue.

New Jersey is the fourth-smallest nation by area but most densely populated of the 50 US states .After the crackdown of apple they moved vast sums of money out of Ireland to New Jersey. Residents in Jersey pay income tax at maximum rate of 20% less than half the top rate in UK.

The former British colony and one of the only surviving independent city state in the world Singapore, is the one of the Asian territory in the list of tax havens. It is a sovereign island country that has almost 5.7 million residents.

The country charges a maximum personal income tax rate of 22% while the corporate tax rate is 17%. It provides tax free incentives for start ups and hence it becomes easier to get a foothold in Asia.

The city is remembered for its business friendly environment and what adds the cherry on top is its low tax jurisdiction. Hong Kong imposes only 3 taxes which is property tax, corporate income tax and personal income tax. There Iis zero Tax on profits sourced outside the city. According to Business Insider, Hong Kong currently ranks as the world’s 6th largest financial centre in 2020.

Dubai is and will stay as the most populated metropolis in the United Arab Emirates (UAE) and the metropolis of the Emirate of Dubai. In Dubai, taxes are forbidden. Companies are not levied to pay direct taxes on corporate profits. Dubai is known to not withhold taxes even Value added tax (vat) is not charged. It also has special economic zones which offers special incentives to boost economic development. No withholding of taxes is allowed. 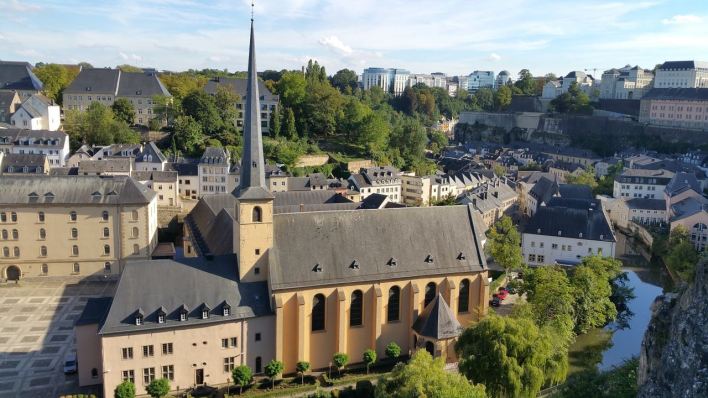 Luxembourg is an European country with a population of 500,000. It is considered as a tax haven because of its business-friendly laws that allow companies which business where to evade billions in tax bills. The corporate rate tax here is only 17% whereas the income rate is as low as 0.25%. many companies like amazon, Pepsi ,apple have set up subsidiaries in Luxembourg by the purpose of seeking tax relief. 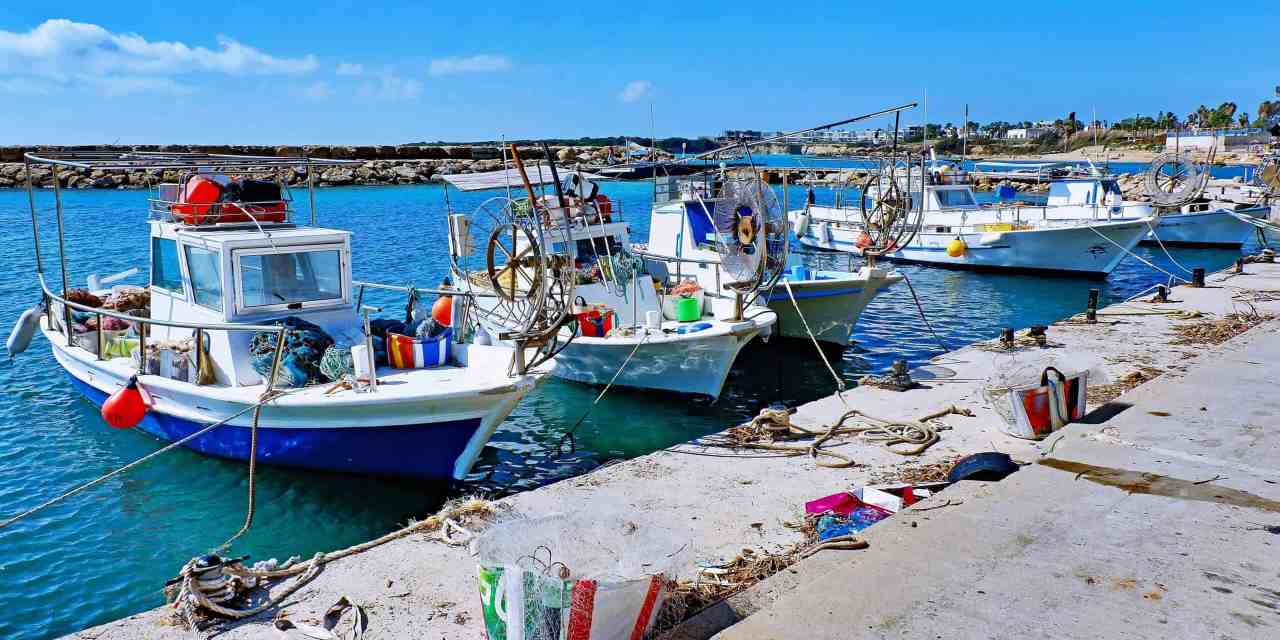 Cyprus is the third most largest and populous island in the Mediterranean. Cyprus the island, a member of European union attracts many individuals and companies to benefit from its low taxes.

It has a corporate cost rate of 12.5% which is lowest in European union (EU). Companies here are not required to pay any taxes on profits derived from foreign sources. It also includes no profit tax, no capital gains and no tax on dividends. The country has developed a proper force which can help and identify the legislations which are going around well in the country. It is a proper force which entails and works on the detailed verification plus the same outcome.

Bermuda, the largest of these islands is known as Main Island. It is approximately 1,035 km. Bermuda charges no corporate tax at all and no income tax for individuals either.

Because of lack of corporate taxes US multinational companies have raked in huge amounts of money in Bermuda notably recording profits of hundred to thousand billion dollars in 2012 which is more than their combined profits in China, Japan and Germany that year.it is one of the most valuable countries to live in and charges a mere 6% payroll tax on salaries. One company that that used country’s zero corporate tax rate to boost profits is Nike. With a population of about 500,000 over an area of 316 km2 (122 square mi) Malta is the world’s tenth smallest country in area and fourth most densely populated sovereign country. Malta is not legally a tax haven, but in the traditional sense of the term, it may still considered it as one.

Malta charges 30% income tax and so it has highest on-paper tax rates in the world but there are some other tax advantages in Malta. If a company is not based in Malta then it can be pretty much be cleared from the service tax and the changes which are applied because Companies are legally resident in Malta if they are controlled from Malta. Even the capital gains are not taxable. Malta has a maximum income tax rate of 15%. 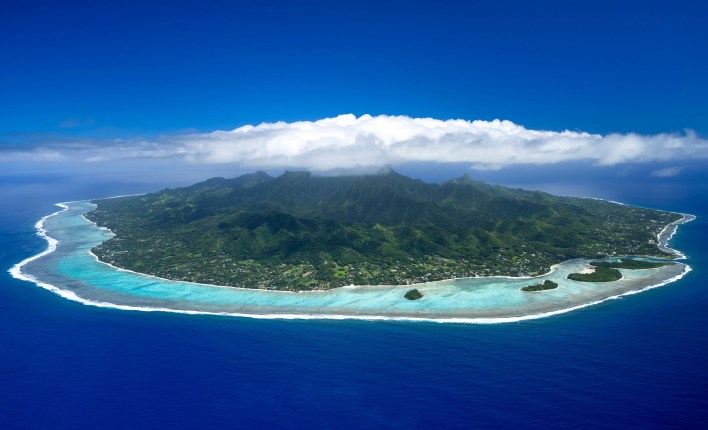 It is a self-governing island located near new Zealand .The cook island are named after captain cook. It is a group of 15 small islands.

The foreign authorities have no authority from getting access to financial tax or any account information thus making it secure and confidential.

The island levies no income tax corporate tax, sales tax, and tax on capital gains . The jurisdiction of Cook Islands provides offshore clients with legal ways to reduce their international taxes and to protect their assets. 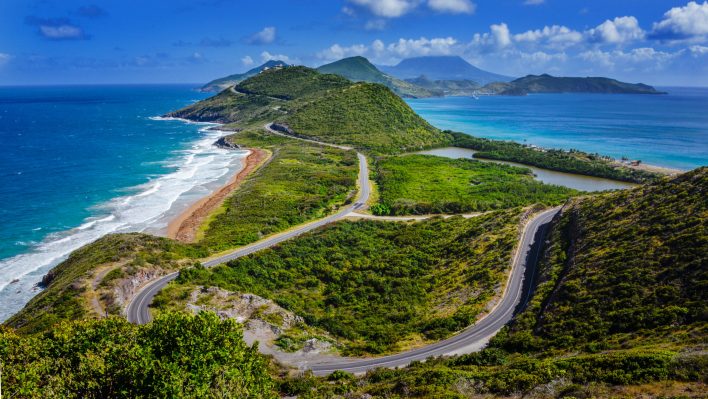 This jurisdiction requires no auditing and no paid capital requirement. Companies without permanent establishment are not liable for taxation. Individuals are not required to fill any report with authority and hence it occurs confidentiality regarding the business.

Choosing the best life after all

Tax havens has many adverse effects. The lower taxes which are present in the country keeps a proper target in having to keep the pressure under and low. In wealthier countries everyone else has to contribute more. Whilst the public services are cut .In developing countries its worse.

Resources are looted and they are forced to rely on aids instead of their own taxes and for every dollar that goes in, ten dollars in dirty money flows out. The money then ends up in tax havens. Half the world’s trade passes through them.

They are hiding trillions of dollars for dictators, criminals, wealthy individuals and multinationals. The secrecy associated with these tax havens may encourage many illegal activities like money laundering that can harm the world’s economy in long term. It even creates unfair competition as some business companies which do not pay tax have an advantage over those who do pay.

Even individuals have stashed millions and trillions of dollars in tax havens making them millionaires and billionaires without paying any tax. The more the tax haven rise ,it puts pressure on local people in the form of rising prices for housing, food , medicine and other necessities. They are hit hard by taxes and their rights are curtailed.

As a response to these rising tax havens, the OECD (Organisation for Economic Co-operation and Development) has been coordinating a multilateral anti-tax avoidance effort. Since it published its Action Plan on Base Erosion and Profit Shifting (BEPS), anti-tax avoidance measures such as Controlled Foreign Corporation (CFC) rules, patent box nexus rules, thin-capitalization rules, transfer pricing regulations, and Country-by-Country Reporting have been either implemented or tightened by countries around the world.

Love Jihad 2020: Is media losing its authenticity and responsibility towards the public?

Dentaleh, a startup story in the times of covid-19; enabling brighter and happier smiles