In the 21st Century, it is the first time in the history of politics the government has initiated a separate PM Cares Fund for combating the pandemic’s consequences. On March 28, Prime Minister Narendra Modi announced the creation of a fund for the citizens of the country to deal with the Covid-19. The question perhaps after a year has passed by remains where has the money been utilized. Whether the funds would ever be used in favor of the citizens remains uncertain due to the lack of transparency being posed by the government.

Observers were quick to question the need for a separate fund when India already had an established Prime Minister’s National Relief Fund (PMNRF). Their questions were justifiable as no government has ever inaugurated an eminent PM Cares Fund for coming through tough times. As of March 2021, the PMNRF had an unused corpus of Rs 3,800.44 crore. Despite this, Modi established the PM CARES fund and solicited donations for it.

Astonishingly, circulars swirled around various government departments and news channels, urging employees to contribute one day’s salary each month or give their objection in writing. This subdued attitude by the government raised eyebrows within senior ranks. But later on, all the hype cooled down as it was thought to be benefitting the ailing Indian citizens. Now that we found out that it wasn’t the case, we ran through studies to know more about the PM Cares funds and found out some bizarre information. The implication of donating for the funds seemed ominous: Anyone objecting to this voluntary contribution may find them in a spot of bother and could have even faced retaliatory action.

Such a breathtaking moment when the country is going through a global crisis. Moreover, there were no traces found as to where the money went, and it contradicts the law. When donations are made from taxpayer funds by government bodies, the public beneficiaries have the right to know where the funds are being splurged. The Modi Government stated last year that the CAG would not audit the funds.

The real-worthy concern of the moment was: why shouldn’t the public be getting to know about the funds as it was immersively for their welfare? Bemusing! The PMO, in addition, refused to make the documents related to the PM Cares Fund public. The government must have had something to hide, and it became indispensable as a year has passed, and still, no information processed.

The Public has yet Again Being Framed by the Government

Around $1.30 billion has got collected in the Prime Minister’s Citizen Assistance and Relief in Emergency Situations fund for Covid-19 relief. The analysis of the funds has been done by the National Statistical Office(NSO). These donations have been earmarked from various beneficiaries and other Government sources. While the PM Cares Fund was set up as a trust recently for the purpose of dealing with emergencies related to Covid-19, it has lacked the transparency from the previous funds. On May 13, 2020, the government made the first and final announcement about the PM Cares Fund. It stated that Rs 3,100 crore from the fund had been allocated for Covid-19 works.

If we consider a roundabout, that’s around 32% of Rs 9,677 Crore that seems to be the overall collection as of the financial year 2020-21. But the question is if such a huge and significant amount got distributed why did the hospitals faced a rugged shortage in beds and vaccines later on. The argument ascertains that the amount never got reflected in any of the hospital’s accounts. How robustly has the government framed the hopes of the Indian citizens yet again? Information about funds donated has never been made widely available in the public domain and is uncertain whether the money will ever reach the public or not.

The lack of transparency has put the Indian citizens at the threat of another commutation. They have been left staggered with the lack of relief being allotted in their favor by the government. Donations might have been allocated in the enormous election campaigns. The perturbation arises that even the struggling businesses have come forward to donate some of their income, and even then, the government is not willing to cooperate with the needs. So what more needs to be piled up in the sufferings for the government to take persistent measures to uplift the current situation? Our feeling is that the money has gone away with the political hue, and it might never enter the public domain again.

The donations by government departments and private companies to PM Cares have come even as some of them have thousands of workers currently facing difficulties in reaching their homes. It shows a sign of refraction among the senior ranks that the government is willing to initiate a step forward in the flabbergasted race against Covid-19. For example, construction company- Larsen and Toubro contributed Rs 150 Crore to PM Cares, but hundreds of their workers protested in April 2020 over non-payment of their wages.

What has the government done with that money will be concerning for these institutions to know. Apart from these, the government employees and teachers were asked to donate their one-day salary which was a huge ask as their salaries had already seen a significant deduction due to the pandemic. Railways employees have donated Rs 151 crore even as Indian Railways works to organize trains for thousands of stranded migrant workers.

The Spending of the PM Cares Funds, and has the government fulfilled its responsibilities?

In May 2020, the Modi Government announced a splurge of around Rs 2,000 crore for procurement of 50,000 Made in India ventilators. The amount was staggering, and so was its distribution. The two firms that were allegedly given the funding for the purchase order of ventilators failed the clinical evaluation by the Health Ministry of India. The information got accessed through the Right to Information Act. It showed the government’s incompetence in finding out the potential area for spending the amount correctly. The other perplexing thing in the whole scenario was the companies that got involved in the collapse.

One of the firms was Jyoti CNC, a Gujarat-based conglomerate that was part of a scandal controversy. The Ahmedabad journalists that the company had installed around 900 fake ventilators in the hospitals. Is such a condemnation of PM Cares relief Funds justifiable when thinking about the impact the coronavirus has already had? We seriously condemn the atrocious behavior of the government. Adding more misery to people, the clinical trials were only done to one patient before giving the contract of supply ventilators to Jyoti CNC. Wow, staggered! Even the Coronil, which proved to be a disastrous project had more testing than these ventilators. It raised more eyebrows as we were talking about people’s lives.

The Ahmedabad Civil Hospital had to urge the state government to supply them with regular ventilators due to the ineffectiveness of the Dhaman-1 machines. The chairman and CEO of Jyoti CNC, Parakramsinh Jadeja is a privileged business entrepreneur of the town and is seen as an inspiration by many of the youth aspirants. Piling this up with the misery of other state governments, the money was splurged ineffectively and wasn’t even distributed to the citizens. 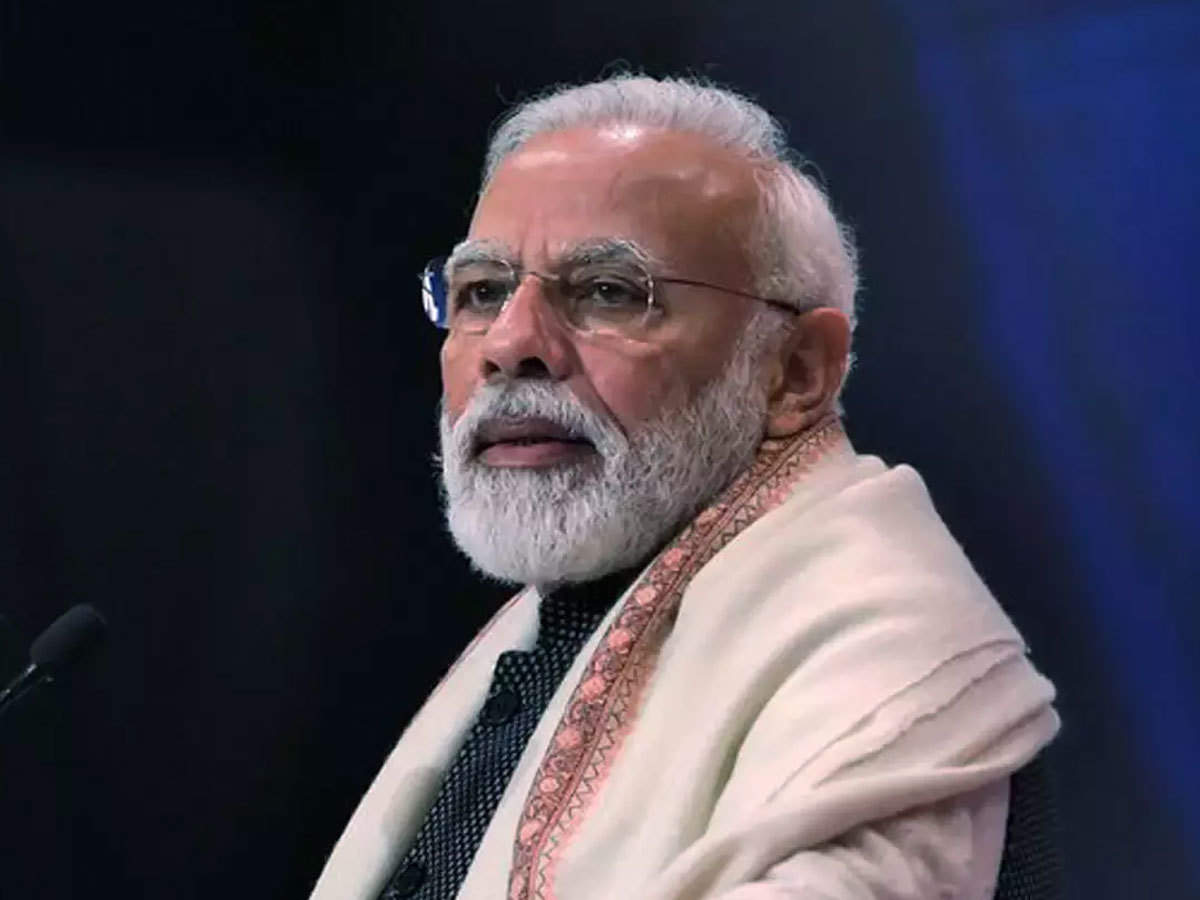 Will the PM CARES Fund Ever Get Spent?

Firstly, before running into the statistics as to whether the PM CARES Fund would ever get invested, we should be acquiring more knowledge about transparency. Why should the Indian citizens be expecting an answer on the distribution of the funds? The answer is because of the Prime Minister. The Prime Minister is an electoral body that has been elected by the citizens and the citizens have put their faith in him to get the country out of dreadful situations.

Arguably, the statement gets more validated with Narendra Modi’s comments during the pandemic. Narendra Modi was quoted saying,” It is because of the citizens that I have become such an instrumental figure and you all are like my second home. The citizens do not have to worry about the pandemic as the government is there to support you even if it gets a sniff about your problems.” On what basis, PM Modi could justify his words when he has just piled up the problems rather than solving them.

Our understanding of the matter was the government has wasted the PM Cares relief Funds in splurging through ineffective programs that have eventually coated the hospitals more. Lack of clinical prowess on what could be the best of services has led the nation down once again. The lack of transparency has also cost the public domain and it will never be shared with us. The funds might have gone away enormously helping the election campaigns, or have filled the pockets of political leaders, bureaucrats, and diplomats to maintain the hush of the topic. 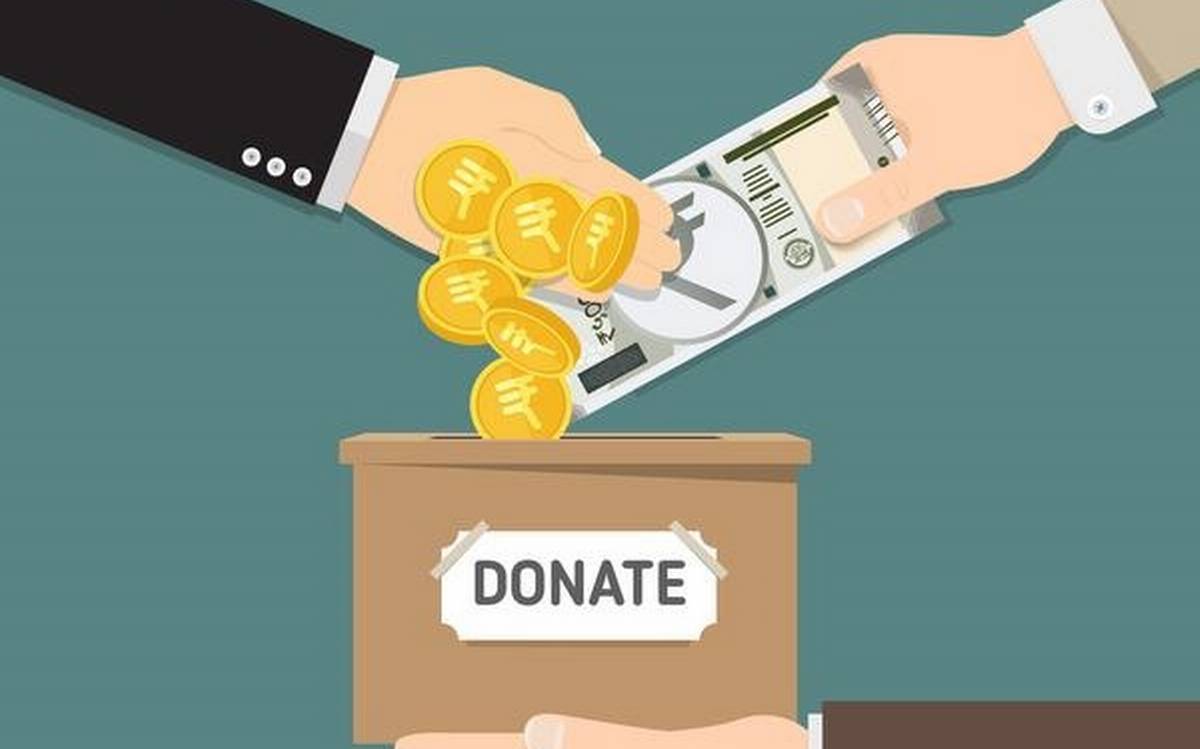 In the context of the resurgence of the pandemic, the purpose of the PM Cares Fund becomes massively inevitable as the hospitals are lacking in resources for procuring treatment of the patients. It is on the edge of falling, and if by any chance the government decides to deliver the funds, it will be a situation of, it’s never too late. The ship might have sailed as it is uncertain when the funds will get used effectively. We have quite often seen the PM Cares funds being utilized for bizarre investments like fake ventilators, inadequate vaccines.

We are urging the government to use these funds to transform the lives of businesses, and migrant workers, but only if our opinion had any inkling to the hierarchy. The purpose that these funds are allegedly being used for is the elections, filling the pockets of political leaders, and the investments of gigantic groups like Ambanis and Adanis. The citizens have again been framed, and this time there’s no coming back.

The fund hasn’t been utilized as Covid relief measures, and these have reflected a surge in the cases. COVID-19 relief was a significant way to ease down the bumping consequences, but the purpose of the PM Cares Fund hasn’t been clear since its inception. We are wondering for what purpose it might get funded, and we are still coming up with no answers in favor of the healthcare professionals or the citizens.

The government has hindered its Stance in helping or assisting the Covid-19 programs, and with vaccines running scarce, it has increased the scrutiny. One other option where we thought that these funds could have been used is ramping up the production of vaccines by giving the Bharat Biotech, and Covaxin vaccine supplies a much-needed boost. The whole conundrum of PM Cares Fund hasn’t served well for the citizens, and we will be under the same ambiguity even in the upcoming months.

Delhi lockdown: What is allowed and what is not