On Monday, A South Korean Electronic giant- LG Electronics announced that they are looking to shut down their smartphone business which has been in loss for the last six years, amounting to about 4.5 billion USD (that is, about 3.3 billion euros). LG had already introduced a lot of new features to increase its sales, features like the introduction of T-shaped wing which is nothing but a swivel screen that opens up to disclose the next smaller screen underneath it, smartphones that has ultra-wide angle cameras, etc. However, it was not of any success and the bosses of the company replied by saying that the mobile phone market has become incredibly competitive.

Samsung and Apple are the leading companies in the smartphone business. LG has been suffering from loss for quite some time now having its software and hardware issues. When we talk about countries like North America, it is still in number 3 position. However, its business has fallen by a huge amount in other markets. In South Korea, LG smartphones are still very common considering the brand is based in South Korea. Some rumors spoke about the company selling its part of the business.

In a way, this decision of the company to exit the smartphone business market is considered healthy because not only will it help reduce further losses, but it will also help the company pay attention to other areas such as smart homes, AI, components for Electric Vehicle, and robotics. According to counterpoint-which is a research firm, Samsung, which is one of the leading smartphone businesses, sold about 256 million smartphones last year whereas LG could only sell about 28 million phones which is way less in comparison with Samsung. The smartphone business by LG amounts for only about 7.4% of the total revenue leading us to a conclusion that it is the smallest business of all the LG’s five areas of businesses. The global market share of LG smartphones is currently about just 2 %.

LG’s Electronic Business
LG has a strong market presence and consumer base in the electronic business, majorly electronic home appliances and televisions. When we speak in terms of Television businesses, LG is the second biggest TV selling brand following only Samsung. The brand launched a joint venture for making key components for an electric car with Magna which is an automotive supplier. It has been reported that the company has announced that it will continue to provide its existing customers with service support and software updates and the inventory of the smartphones will remain available for sale and the divisions of the smartphones are expected to shut down by the end of July this year. As mentioned by one of the spokespersons of the brand, the company will introduce mobility relate technological advancements such as 6G to survive the competitiveness in other business markets and will majorly leverage its mobile expertise. According to analysts, many brands such as its rival Samsung and other companies like Oppo, Xiaomi, Vivo, etc are most likely to benefit from this decision of the company LG to exit the business. With the arrival of the pandemic, many areas and markets were affected, one of which being the smartphone business market. It was observed that the smartphone makers suffered a lot due to the pandemic and the sales went down by about 10% in the year 2020, mainly because of the nationwide lockdown that was imposed to control the situation which eventually led to the closing of many smartphone stores all across the country. 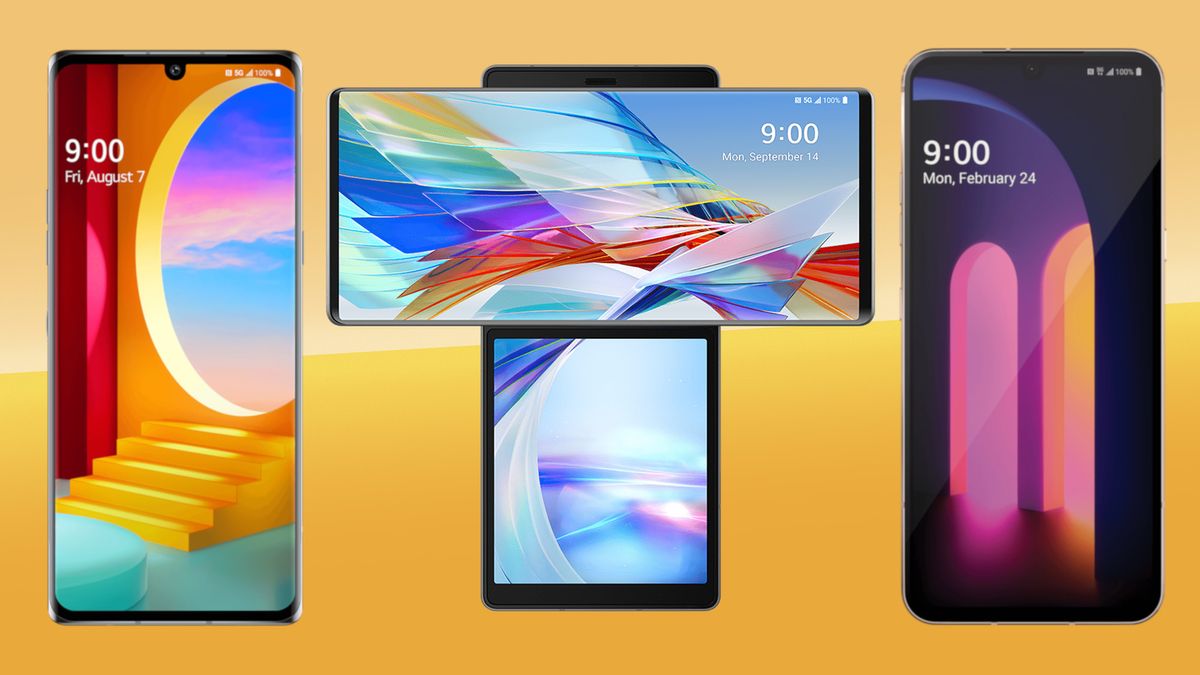 LG And Its Smartphones History
LG has had a long history with its smartphones and has experienced its ups and downs along its way to now. Over the past few decades, LG has been successful in giving us some of the most iconic phones and devices ever.

In its earlier days, LG had introduced a phone that went by the name ‘LG Chocolate‘. The phone was considered the most refined phone of that time.

Then there was LG Prada which seemed to have pared fashion with mobile phones much like what had been done in the case of Motorola and Dolce % Gabbana, Sony Ericsson and Julian McDonald and Nokia and Cath Kidston. The LG Prada’s main feature was that it did not have many buttons and was more or less a touchscreen device which was a big deal in 2007.

Then we saw LG KS360 which came with a QWERTY keyboard type that used to slide from the side of the phone. This also challenged one of the leading phone brands at that time- BlackBerry.
After that, there was LG Arena, its launch was significant because it coincided with the launch of another quite important phone if that time, which was the HTC Magic.

Then came LG Crystal which had a crystallized back and was illuminated much like a scene out of a sci-fi movie.
In 2011, the world was crazy towards 3D things and anything that offered a 3D experience. So, LG came up with LG Optimus 3D which had a pair of lenses at the back that could capture content in 3D and display it on screens without any need for those 3D glasses. There were many Optimus branded phones in LGs list, one of which being Optimus G that was launched in the year 2013 that further led to the introduction of the LG G series.

Then came Google Nexus 4, which was not branded as LG but was manufactured by LG and came with pure android features.
After that came LG G Flex, its main feature was that it utilized a flexible OLED panel meaning that it allowed its users to bend the phone without the risk of the phone being damaged in any way.
Then there was LG G4 which has a quad HD resolution meaning that the display was amazing and it also had a leather back.

After that, there was LG G5 which was launched in the year 2016, it offered a boosted battery for the camera module, to boost the audio offering, it offered a B&O Play attachment. However, the LG G5 was not much of a success.
Then we had LG G6, With this came the end of the LG mobile business, mainly because of the takeover by Samsung in terms of dominating android and challenges by cheaper alternatives coming from China such as Huawei and Oneplus.

Service sector brace for more trouble with the upcoming lockdown

By snigdha
Follow Us
Weather
New Delhi, IN
Mist
30 ℃
32º - 29º
84%
3.6 km/h
32℃
Wed
34℃
Thu
35℃
Fri
35℃
Sat
35℃
Sun
Recent Tech News
Facebook Twitter WhatsApp Telegram Viber
Back to top button
Close
Popular Posts
Most Commented
Recent Comments
We use cookies on our website to give you the most relevant experience by remembering your preferences and repeat visits. By clicking “Accept All”, you consent to the use of ALL the cookies. However, you may visit "Cookie Settings" to provide a controlled consent.
Cookie SettingsAccept All
Manage consent