Cyclone Tauktae: 6 Die In The Konkan Region Of Maharashtra

Six persons were killed in Maharashtra’s Konkan region in separate incidents related to the severe cyclonic storm ‘Tauktae‘ while three sailors remained missing after two boats sank in the sea, a statement and officials said on Monday. 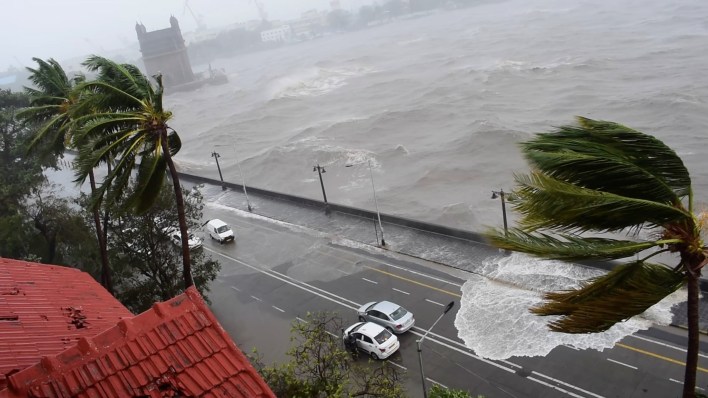 Of the six, three persons died in Raigad district, a sailor in Sindhudurg district while two persons were killed in Navi Mumbai and Ulhasnagar after trees fell on them, in Thane district, officials said.

Two boats anchored at the Anandwadi harbour in Sindhudurg district capsized, an official statement said, adding seven sailors were on board the two vessels.

Of them, a sailor, identified as Rajaram Kadam hailing from Devgad taluka in the district, died in the incident, while three others went missing. The other three sailors are safe, the statement said.

As of 2 pm on Monday, 1,886 houses in Raigad were partially damaged, while five houses were destroyed completely due to the cyclonic storm, the government said.

Earlier, minister of state Aditi Tatkare said 2,299 families (or 8,383 people) were shifted to safer places in view of the cyclonic storm in Raigad.

The district received 23.42 mm rainfall till 2 pm, the statement said.

Maharashtra Deputy Chief Minister Ajit Pawar said a large number of trees fell in the Konkan region due to the cyclonic storm.

The government will have to send additional teams of its personnel to the affected region to restore normalcy once the cyclone threat is over, he said.

Pawar also urged people to not step out of their homes without any reason.

One Vishal Naralkar was killed when a tree fell on him while he was riding a motorcycle in Navi Mumbai in the morning.

In another incident, a huge tree fell on an autorickshaw in which two passengers got crushed in Ulhasnagar in Thane district.

One of the two injured passengers died in the Ulhasnagar central hospital, an official said.

Meanwhile, gusty winds uprooted many trees in Thane and Palghar districts neighbouring Mumbai during the day, leaving many houses damaged.

In Kalyan, two persons travelling on a two-wheeler were injured after a huge hoarding fell on them.

At least 13 houses in Palghar district were partially damaged during the day.

Palghar collector Manik Gursal said the cyclone alert in the district will remain in force till 8 pm.

In Thane district, more than 24 structures were damaged.

No casualty is reported as the boat was empty at the time of the incident, he said.