The Delhi government on Wednesday decided to allow all weekly markets to function in the national capital with immediate effect.
The decision was taken by the Delhi Disaster Management Authority (DDMA) after reviewing the COVID-19 situation in the city. 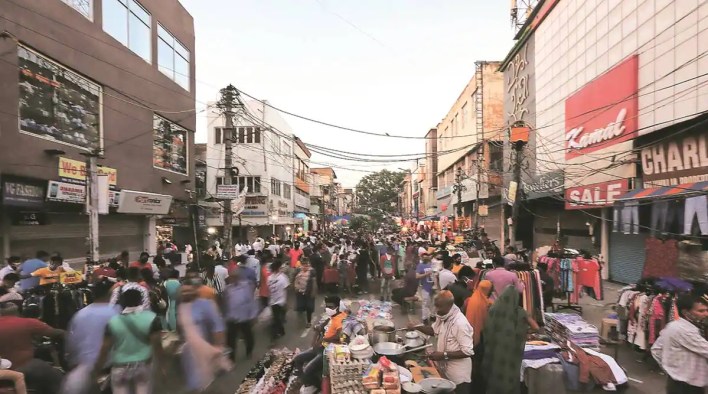 Taking to Twitter, Chief Minister Arvind Kejriwal said that now all the weekly markets will be opened. The move, he said, will be a relief for the poor people.
In his order issued on Wednesday, Chief Secretary Vijay Dev said all weekly markets, except in COVID-19 containment zones, have been allowed to function with immediate effect.
Until now, the DDMA had allowed only two such markets to open daily in every municipal zone.
“Weekly markets shall be selected by the joint team of district magistrate, DCP and zonal deputy municipal commissioner with the consultation of RWAs of the area…,” Dev, who is also the chairperson of DDMA’s state executive committee, said in the order.
The order said, “In case it is observed by the joint team of officers that any weekly market is unable to function on its fixed/regular place or at roadside due to obstruction to traffic, strictly as per the SOP/guidelines of DDMA, then such weekly markets can be allowed to function at some other nearby ground/school ground, purely on a temporary basis.”
It stated that if it is found that vendors or customers are not following the instructions prescribed in the standard operating procedures, then such markets will be closed.
Dev directed all district magistrates, deputy commissioners of police and authorities concerned to ensure strict compliance of his order.
The coronavirus-induced countrywide lockdown was first announced from March 25 and it was extended in phases till May 31. The unlock process in the country had begun on June 1 with the graded reopening of commercial, social, religious and other activities.

UNSC should not be misused with 'retaliatory intent' to name innocent civilians as terrorists: India