Flytrex, the Israeli startup working with Walmart, Chilli’s, and others in North Carolina in pilots for a drone-based delivery service targeting suburban consumers, has picked up $40 million in funding to continue developing its hardware and software, and more business partnerships, as it awaits regulatory nods to expand its service to more markets in the U.S.

While others like Amazon are looking at building their own drone services (Amazon’s service called Prime Air), Flytrex claimes that its drone pilot in the North Carolina is the biggest of its kind at the moment. But it’s just the start of a bigger delivery service and fleet that Flytrex is hoping to build, taking the approach of getting its drones certified by the Federal Aviation Administration as commercial aircraft to give it the most flexibility in how it can design and run its business in the long run.

“We estimate that we’ll have national approval by the first half of next year,” said Yariv Bash, Flytrex’s co-founder and CEO, in an interview. “We are in the process with the FAA, which we started more than a year ago.”

The first part of its efforts was taking part in the UAS Integration Pilot Program (IPP) (UAS: unmanned aircraft system, which includes dronts) which concluded in October 2020; now it’s continuing that with another initiative, BEYOND, and it is working with the North Carolina Department of Transportation “to help tackle the remaining challenges of UAS integration.”

Currently Flytrex approved to fly in North Carolina for a distance of 1 nautical mile (just over 1 land mile), he said, but the aircraft that the company has designed have a range of three miles in each direction currently, so that will be part of what it hopes to offer in future.

This is a Series C that brings the total raised by Flytrex to $60 million. BRM Group is leading the round, with participation also from OurCrowd (the SoftBank-backed, Israel-based crowdfunded investor); Lukasz Gadowski; and previous investors Benhamou Global Ventures (BGV), btov, and BackBone Ventures. In a list mostly filled with financial backers, there is one interesting strategic name: Gadowski is the founder and chairman of Delivery Hero, a big player in online food delivery around the world using land-based transportation.

Delivery Hero is not working with Flytrex now, but Bash said that more generally the startup believes that existing on-demand delivery platforms like DoorDash, Delivery Hero and the rest could be potential partners and customers: in cases where established delivery brands want to complement their own fleets with an air-based mode, they might integrate with Flytrex rather than trying to build it themselves.

‘We are producing commercial airplanes, not drones’

Flytrex was founded and is finding traction with early customers and investors on the back of a fairly simple premise.

On-demand delivery services using bikes and four-wheeled vehicles are just about starting to work out the positive unit economics of providing services in dense, urban areas: the key is to double or triple up orders, or make them short enough loops that drivers can fit in many in the space of a day of work.

That formula doesn’t quite fly, so to speak, when we are talking about people in more spread-out residential areas, such as suburbs — especially when the cargo, in Bash’s words, “is just a $5 burrito.” It costs too much to send people out, both to restaurants and to customers, which each pay fees to keep the cost of that burrito from looking too ridiculous, and couriers also end up carrying costs that eat into their own margins. “It’s a lose-lose-lose situation,” he said. Flytrex believes that in these cases, a drone-based system, which zips around and is managed remotely and deposits whatever the cargo happens to be into a customer’s backyard, is the solution.

The opportunity is a huge one in a market like the U.S., where some two-thirds of the population lives in suburban areas. “The major cities” — where so much of on-demand delivery has focused up to now — “are basically niche,” Bash said.

Flytrex is taking a very vertical — no pun intended — approach in its business model, starting first with the hardware and how the service is designed.

Drawing on the breadth of experience you get in Israel in building hardware, computer vision and other AI technology, and cloud services, the startup has designed its own drones and software that is used to control them.

Given the FAA process that it’s going through to get that hardware certified as aircraft — “I am standing in line with Lockheed, Boeing, and Amazon. Everyone has to stand in line,” Bash told me — strictly speaking, he doesn’t refer to his aircraft with the D-word.

“We are producing commercial airplane, not drones,” he said, a process that has added, he estimates, three to five years to its timeline for getting approval. There are many, many companies making drones today, so much so that you could argue it has become commoditized. Bash doesn’t completely rule out the idea of using hardware made by others one day, but notes that this lengthy timeline, and the software that it has built around its hardware, will make this unlikely anytime soon.

“In the future if I can get a more affordable airplane than producing my own, we are more than happy to do that,” he said.

Around the “drone” — or whatever you might call it — is a bigger tech stack and database that Flytrex is building. It’s mapped out backyards in the communities it serves, so that it knows where to fly and drop off packages so that they are relatively safe for drop-and-go deliveries so that people can walk out of the back of their houses to pick them up.

Bash said that Flytrex has amassed data on more than 80 million backyards. Google Maps and the others that power the mapping services for the various delivery companies in the market today might have figured out all the front doors, “but we’ll have the back doors.” 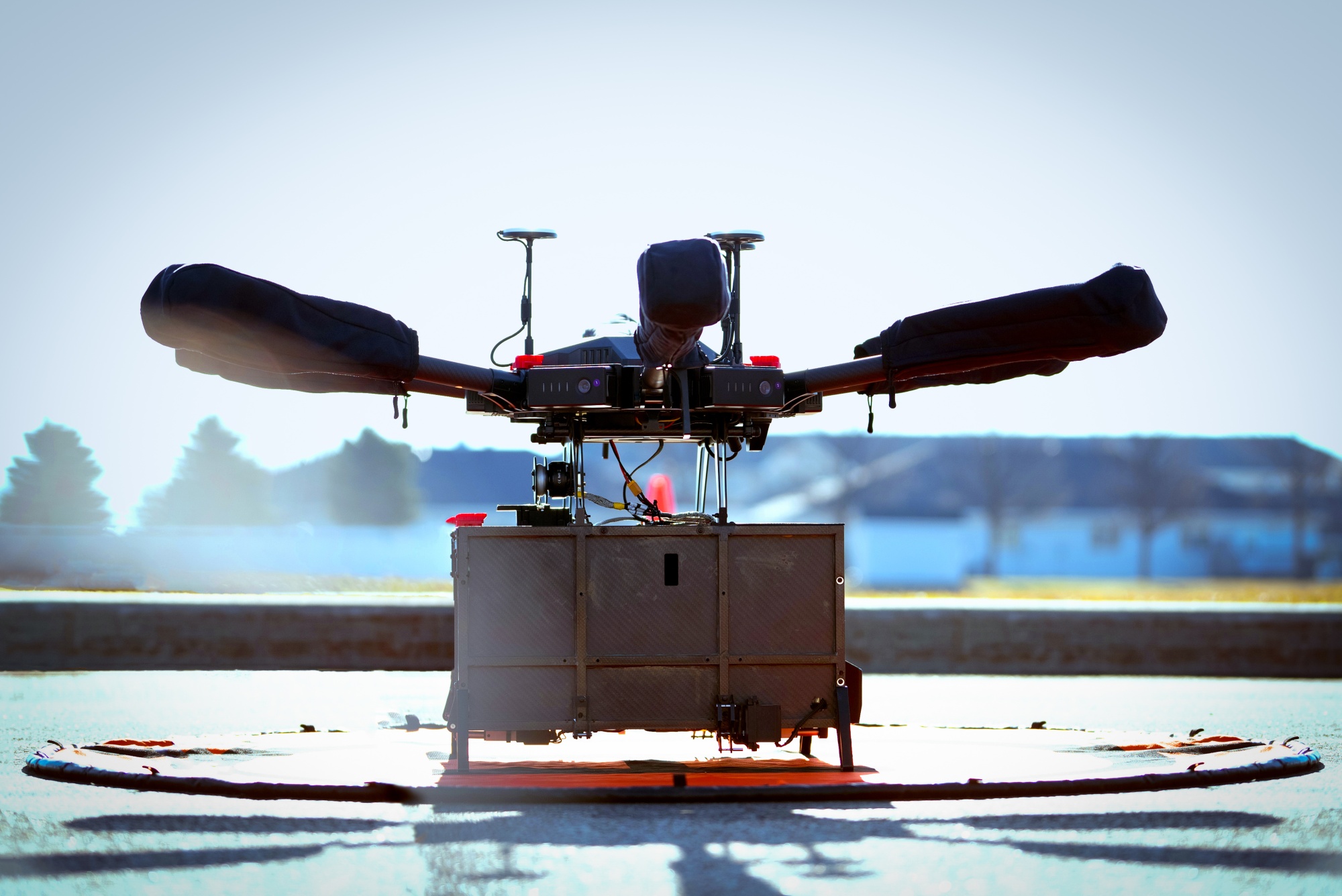 Added to this is a wider fleet system design that sits in the cloud to manage where and when drones are operating.

The idea is that Flytrex doesn’t operate these directly all the time, but works with its equivalent of “couriers” to do so: these can be the same people who today delivery packages via bikes or cars, and they will be trained to become “flight operators” who will work via third-party companies to operate the drones. (As an equivalent, this would not be unlike how some on-demand transport platforms contract with individuals, but also local fleets that use the platform to pick up business.)

The early version of the service so far seems to have found willing customers on both sides of the marketplace. Flytrex’s first-ever service was launched in Reykjavik, Iceland in 2017, but the first U.S. pilot started only about a year ago, in September 2020 in Fayetteville, NC. It has since expanded to a second location, Raeford, NC. Flytrex said that since February 2021, the volume of orders has increased more than tenfold, with thousands of deliveries to date.

That’s not to say it’s all smooth sailing, though. Flytrex’s service has been years in the making already, and Bash admits nothing is easy. Even others like Amazon have seen ups and downs: the company also passed a key FAA hurdle recently, too, but in recent weeks has seen the co-founder of Prime Air leave the company, and moreover it seems to be mothballing some of its R&D efforts for the project.

And beyond these specific businesses, there is a strong degree of skepticism around anything involving autonomous transportation of any kind.

But while some indeed may see drone delivery services as still something of a moonshot — ironic considering Bash’s previous entrepreneurial effort as the founder of SpaceIL — but there are enough shortcomings with existing delivery services, and enough advances in autonomous systems, that might well merit at least some bets being taken here for strong rewards ahead, as far as investors are concerned. 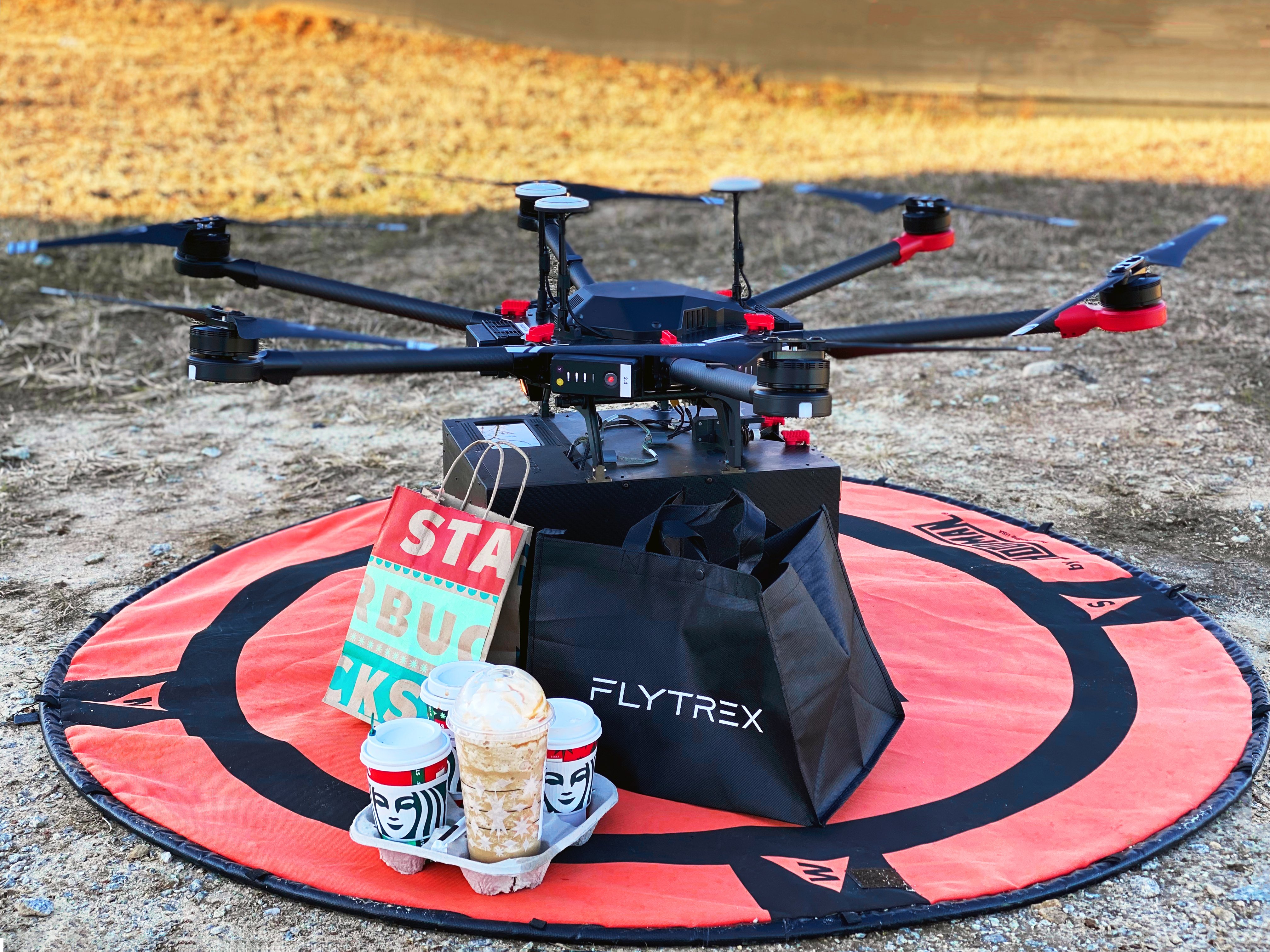 And if big companies like Amazon will be doing something in the space — either for itself or just as likely as a service for third parties — it’s definitely important for there to be alternatives and choice in the market for those that opt not to go the Amazon route.

“We are committed to supporting companies that have the potential to change people’s lives for the better, and Flytrex’s impact on retailers and consumers alike fits that mission perfectly,” said Eran Barkat, Partner at BRM Group, in a statement. “Drones are playing a key role in revolutionizing last mile delivery for communities around the world, and we are thrilled to support the Flytrex team as they take the future of food and household delivery to new heights.”

A Guide to 123 Swap? What are Parachains?