Switzerland-based privacy tech startup, Nym Technologies, which is trying to commercialize an old idea for privacy-centric infrastructure (mixnets) by combining it with buzzy crypto incentives, has closed $13 million in Series A investment from Andreessen Horowitz’s crypto-focused fund, following a $6M raise we covered back in the summer (also loosely pegged as a Series A).

Per Forbes, which had the exclusive on the latest tranche of funding, the round values the nascent European startup at circa $270M.

Trumpeting the raise earlier this week, founder Harry Halpin tweeted that Nym’s mission is to “see crypto destroy surveillance economy within the next years”.

Although the tweet earned him some instant trolling over taking VC investment for a privacy-centric project; and, er, for taking VC investment from a fund whose investment portfolio sprawls deep into the surveillance economy — including the likes of privacy-eviscerating adtech giant Facebook and Sam Altman’s (literal) eyeball-scanning crypto dystopia, Worldcoin, both of which have rather more in common with fuelling surveillance than driving privacy. But, hey, no one goes to VC for those kind of ‘values’…

We at Nym, who for have been fighting to end mass surveillance for years without mainstream support, see the tides are turning for privacy. With the support of @a16z, @DCGco, and many more, I hope @nymproject will see crypto destroy surveillance economy within the next years! https://t.co/rRNFSYizjb

According to Forbes, Nym’s test network has around 5,000 nodes and 30 validators at this stage — and is expected to go live at full capacity by the end of this year. Although Halpin told us the test network had around 9,000 nodes when we spoke to him back in July. So quite what full network capacity will mean (in terms of nodes) isn’t clear. 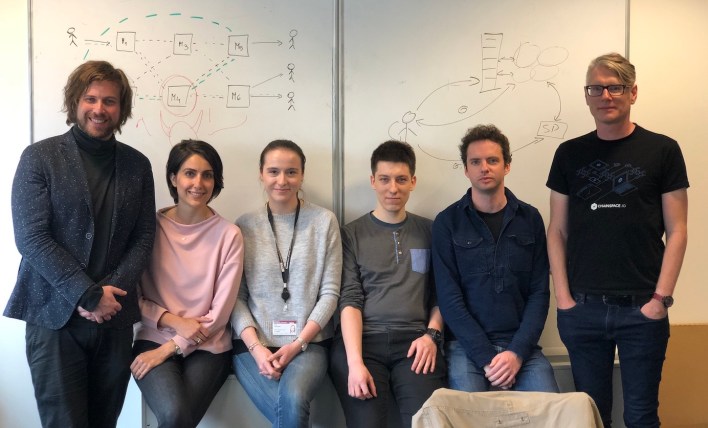 In a further scoop, Forbes reports that the startup has hired former U.S. Army intelligence analyst and whistleblower, Chelsea Manning, to work on client side security.

It couches Nym’s beefed up Series A as a sign of the rising store being placed on privacy infrastructure — quoting Ali Yahya, general partner at Andreessen Horowitz, offering the qualified claim that [emphasis ours]: “Encryption is becoming an incredibly important component of the internet today”; and describing Nym’s tech as serving up “privacy at the very bottom layer as a foundation for other private solutions to be built on top”.

Quite how Andreessen Horowitz valued (or, well, didn’t) encryption in earlier Internet decades is certainly one to ponder.

Nym, meanwhile, is using the a16z-led capital injection to expand the size of its team (to up to 30) as it gears up to launch the mainnet — slated to happen some time in the next few weeks. It is also, per Forbes, planning to award grants to third party developers to encourage them to build for the network, starting next year.