Serial fintech entrepreneur Walter Cruttenden founded Acorns with his son, Jeff, in 2012 with the goal of helping low- and middle-income households to invest and save responsibly. The pair wanted to simplify investing for the millions that have trouble getting started or continuing to invest.

Then in 2018, Walter went live with a new company – Blast. With that venture, he aimed to challenge traditional banking yet again by bringing personalized financial tools to gamers. In other words, Blast wanted to give users a way to save money while playing video games. (Cruttenden apparently acquired some patents from Acorns in order to start this company).

Now as 2021 comes to a close, Cruttenden’s latest fintech, Ant Money is announcing it has raised $20 million in funding (a mix of previously unannounced seed and Series A capital) and acquired Blast via a stock-for-stock merger. 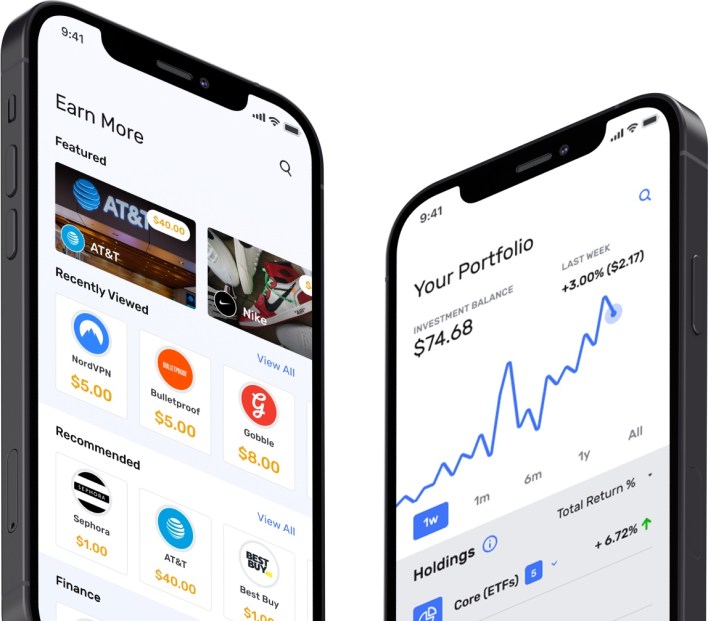 Cruttenden founded Ant Money, a micro-income startup, with Mike Gleason in March of 2020. Gleason, who previously founded and sold Consumer Brands, also had previously teamed up with Walter to start a data monetization company called Transaction Machines. He serves as Ant Money’s CEO.

“In the process of building another company called Transaction Machines and working with Blast, we realized that if we created a common platform that we could move faster in terms of our larger mission, which was helping people open their first investment account,” Gleason said.

That common platform is (obviously) Ant Money. Gleason describes the startup as “a comprehensive, larger vision which now involves three apps and a platform.” Its current apps that are driving investment accounts launched about this time last year: ATM and Learn & Earn.

ATM specifically is an app designed to users earn micro-income to save money or invest in the stock market through the company’s SEC-licensed “advisors,” or embedded finance tools. Ant Money claims that users can earn $100 to $1,000 or more per year with the ATM app based on their level of engagement.

The ATM app started off with a ‘monetize your data’ angle, but Ant has since softened that up a bit because, according to Gleason, it’s not actually selling or even sharing any data at all.

“What we are doing is we’re basically creating a way for investors to participate in rewards programs. So instead of opening an investment account and saying, ‘Hey, here’s some rewards,’ we’re actually going out and saying here’s income from rewards or advertising and then go ahead and invest that,” Gleason said.

“We’re able to go now and offer investment to more and more of those 500,000 users,” Gleason said. “Our target is to end next year with a million investment accounts and over 3 million users.”

Ant Money is working with “very large” companies (some with over 100 million customers) who offer cash back or rewards or rebates about making its SDK (software development toolkit) available for them to embed into its investment platform.

“When we think of Ant Money, we think of ourselves as the ‘Affirm of investment,’ ” Gleason told TechCrunch. “Affirm went out with buy now, pay later and it’s embedded everywhere. We at Ant Money are going out and embedding what we’ve already created and built as a way to open investment accounts. I think that’s a really big differentiator for us from our competitors.”

Upon first learning about Ant Money, my first thought was, “Is it an Acorns competitor? Or is it more like Robinhood?”

It actually is positioned “somewhere in between Acorns and Robinhood,” according to Gleason.

Acorns rounds up change, and that goes into ETF buckets to diversify. There is no individual choice of stocks. Robinhood gave choice.

“And Walter really created Robo-Bumpers, which is a hybrid model where  the funds flow into ETFs and then the investor can allocate up to 50% of those individual stock picks from our pre-curated list,” Gleason said. (One half of the portfolio comprises five of “the largest, lowest cost ETFs in the world,” according to the company, and the other half allows for customization of up to ten individual stocks.)

Coinbase too could be viewed as competition, since it leveraged the concept of “Learn & Earn” within its platform to help educate investors. And then there’s Public.com, which is also bringing in education and other information to investors.

“I think we’re in the middle of all this but I think we have a great advantage in terms of our ability to open investment accounts with very low customer acquisition costs that are much lower than our competitors, and scale,” Gleason said. Unlike Acorns, Ant Money is not targeting any specific income bracket. Users can be as young as 13 but so far, the startup is gaining a lot of traction with younger investors – in the 18-22/23-year-old range.

Ant Money currently has 55 employees and plans to use some of its new capital to increase its headcount as well as continue to acquire new customers.

Interestingly, the company’s revenue model is a mix of adtech and fintech.

Ant Money gets revenue from advertisers indirectly as well as through a monthly subscription fee for its educational component. And lastly, some large corporations or nonprofits are sponsoring content or classes. Gemini, for example, is offering sponsored courses on crypto.

“We really want to make this all easy, simple and straightforward for our investors,” Gleason said.

James Cross, managing director of Franklin Templeton’s Franklin Venture Partners, believes that embedding investment functionality into apps that already pay users rewards or other incentives is “a fantastic way to help young investors get started, and an innovative way for Ant Money to build a large customer base with relatively low customer acquisition costs.”

Gleason declined to say how much Newport Beach, California-based Ant Money paid for Blast but did note that some of the Series A capital was issued to Blast holders.

Declining to be interviewed due to a quiet period as Acorns is set to go public, Cruttenden said in a written statement that his hope is that Ant Money, which helps people generate small amounts of money to seed investment accounts, “can foster new growing accounts and provide increased financial security for millions.”