Maharashtra minister Nawab Malik on Tuesday accused NCB official Sameer Wankhede of illegal phone tapping and announced that he will hand over a letter on the official’s misdeeds’ to the agency head.

Sameer Wankhede through two persons in Mumbai and Thane is illegally intercepting the mobile phones of some people, said Malik, who has been targeting Wankhede after his son-in-law’s arrest.

Malik also claimed that Wankhede had sought the call detail record (CDR) of his family member from the police.

Wankhede in his affidavit submitted to a Mumbai court on Monday claimed he was under a “lurking threat of arrest as it does not suit some vested interests for conducting an honest and impartial investigation”. 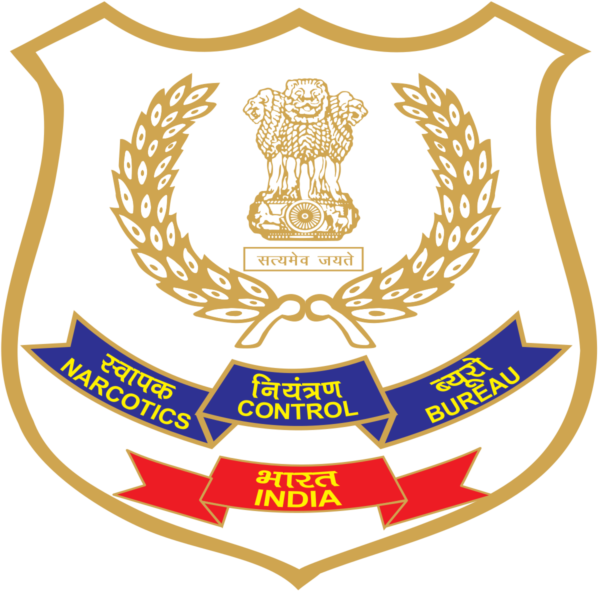 The official had also claimed that he was being personally targeted by a well-known political figure (Malik), and the only reason he can fathom is that the NCB had arrested “this person’s son-in-law Sameer Khan”.

Malik said he is forwarding a letter written by someone in NCB about the various illegal activities of Wankhede’ to the agency’s DG S N Pradhan.

The NCP minister said the NCB should investigate the 26 allegations in the letter claiming an extortion racket’ being run within the anti-drugs agency.

As a responsible citizen I will be forwarding this letter to DG Narcotics requesting him to include this letter in the investigation being conducted on Sameer Wankhede, the minister tweeted.

Malik said he has also submitted a copy of the letter to Chief Minister Uddhav Thackeray, state Home department and to the sitting and former heads of the Congress, which is an ally of the NCP and Shiv Sena in Maharashtra. I am going to share the same letter with top NCB officials and ask them to look into the matter. I am not against any particular agency. One bad fish brings down the reputation of an entire agency, he said.

The NCP leader also alleged that Wankhede has sought the CDR of his daughter.

On what grounds Wankhede is seeking the CDR report of my daughter. I think Wankhede is crossing the limits. I will expose those people involved in phone tapping with proof, he said.

Malik on Monday claimed that Sameer Wankhede is a Muslim by birth and his real name is ‘Sameer Dawood Wankhede’.

The minister had released what he claimed the birth certificate of Sameer Wankhede and alleged that the latter had forged documents.

However, the NCB official’s father later said his name is Dnyandev and not Dawood, as claimed by Malik.

On Tuesday, speaking to reporters here, Malik said, “I have all the authentic documents to prove that Sameer Wankhede was born into a Muslim family, but he forged his identity and sought a job under the Scheduled Caste category. As per the law, Dalits who are converted to Islam do not get the quota privilege, thus Sameer Wankhede has denied the job opportunity to a genuine person from the Schedule Caste.

A legal probe into the matter will be initiated soon, the minister said.

On Sameer Wankhede’s father saying his name is not Dawood, Malik said it is true that the NCB official’s father Dnyandev Wankhede was born into a Dalit family in Washim district (earlier Akola) and he later joined state Excise department.

“But, he married a Muslim woman here in Mumbai by converting himself to Islam and accepted the name Dawood. He has two children. However, Dnyandev Wankhede had an afterthought and he used his father’s certificate to obtain all the documents in the name of Dnyandev Wankhede so that his children would benefit,” the minister claimed.

Malik said if he has produced fake documents, Dnyandev Wankhede should show the birth certificate of Sameer Wankhede and prove his side.

“I am challenging Dnyandev Wankhede to produce the caste certificate of his son, he said.

Malik further stated that after 26 January 1950, Dr Babasaheb Ambedkar had said although he was born as Hindu, he would not die as a Hindu.

“The then Union government immediately issued a presidential order stating that reservation benefits in government jobs would be applicable to Dalits from Hindu religion only,” he said.

“Subsequently, the Kabir and Sikh sects got exempted from the order. The last change was brought in by late PM V P Singh, who exempted Dalits converted to Buddhism. However, the Indian law does not offer similar quota benefits to the SC persons converted to Islam or Christianity, the minister said.

“It is the sole reason why I am calling his documents bogus, he said.

He alleged that Sameer Wankhede and some of his colleagues were involved into some “extortion racket”.

“Their recent visit to Maldives was for the same reason. I believe the amount was as high as Rs 1,000 crore, the minister claimed. Asked how Sameer Wankhede could get away with the alleged ‘bogus’ caste certificate while joining a central agency, Malik said there have been multiple complaints by many activists and social organisations working to protect the rights of the SC/ST categories on the use of bogus caste certificates to get benefits or government jobs.

The Maharashtra government later made it mandatory to obtain a caste certificate by a state-appointed committee for caste validation. It prevents forging of documents, he said.

Asked about the possible legal repercussions of his allegations, Malik said, I urge them to file a defamation case under IPC 499 and 500. I want them to go to a magistrate’s court and take action against me.”

Let them seek a compensation of Rs 100 crore or Rs 200 crore. They should not forget that the complainant has to deposit 10 per cent of the compensation amount first as stamp duty with the court, he said.

“Although Dnyandev Wankhede was born in a Scheduled Caste family, after joining the state excise department, he was transferred to Mumbai. He married late Zaheeda in Mumbai in mid-1970s. The marriage took place at Ghagara building located on 10 Bunder road in Mazagaon area here. Dnyandev converted to Islam and they lived as a Muslim family and have two children. No one can deny this fact, as there are enough proofs to establish it, he said.

Malik said the birth certificates of people born in Mumbai were available online, but he was surprised that he could not find Sameer Wankhede’s certificate.

“It took me more than a month-and-a-half to find a digitised copy of Sameer Wankhede’s birth certificate in the state government archives. But, the birth certificate of his sister Yasmeen Wankhede was found online, he added.