Edtech’s summer of pain, with quarterly funding down by 64%.

After six months of 2022, we have a better idea of the direction that several startup industries are taking in terms of funding opportunities and future possibilities. The reality is that tech startups are mired in churn is another notable trend that could destabilize a significant part of the startup ecosystem of India.

The funding inflow for Indian startups decreased by 41% to $19 Bn in H1 2022 from $32 Bn in H2 2021. (January to June). The reduction in investment is pronounced in the edtech industry, where the future is less secure, as the layoffs and reorganization at the biggest edtech company including BYJU’S, Unacademy, Vedantu, and others.

The winter of Edtech funding is here.

The three sectors that received the most funding were e-commerce, enterprise technology, and fintech. Media and entertainment were two other industries that continued to attract investment, but the funding image for edtech is not encouraging.

Additionally, the amount invested in ed-tech has drastically decreased every quarter, falling from $1.5 billion in Q1 2022 to $537 million in Q2 2022, a large difference of 64 percent.

Edtech fell from fourth place on the sector-wise funding charts with 75 deals in H1 2021 to eighth place with 55 deals in H1 2022, a year-over-year decrease. Comparatively to 12 percent in H1 2021, that is just over 6 percent of all deals. how the influx of capital has decreased in comparison to the boom last year.

Funding For Test Preparation Decreases By 99% 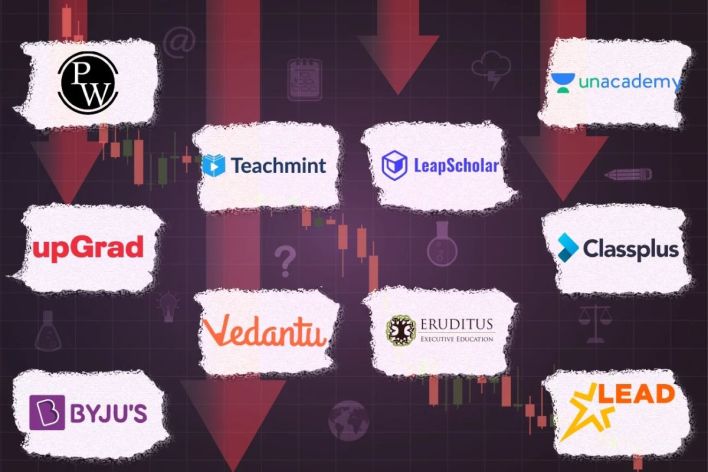 K-12 is the subcategory that is most impacted because parents are sending their kids back to school and traditional coaching facilities. Because of this, edtech platforms have lost a lot of users. Investors, however, think that professional certification-based businesses will be less affected than K-12 operations or even test-prep, which have already suffered greatly.

The gloom and doom being discussed for test prep firms are extremely genuine when you look at the data for edtech sub-sectors.

This suggests that financing for test preparation is entirely nonexistent, which cannot be claimed frequently by other companies. Notably, BYJU’s received $800 million, or 96%, of the $830 million in the first quarter in a single round.

Vernacular languages, micro transaction-based courses, cohort-based targeted learning, and hybrid or physical operations are all gaining popularity even at this time of turmoil. All of these new models, however, would necessitate the allocation of resources and funds, which would be tough, especially for new investors. 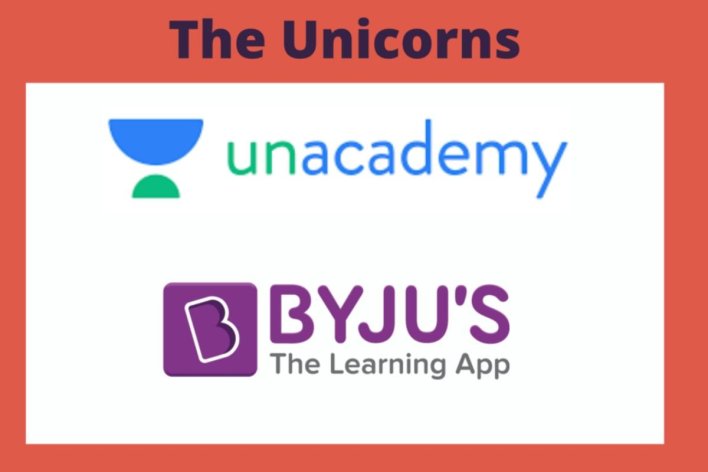 Not just the budget freeze, the start of the school year, or even the switch to hybrid solutions have suddenly had an impact on edtech startup companies. In this industry, uncertainties like low profitability and high acquisition prices have always been present, but in the past two years, scaling up has taken precedence.

Now that those issues are more prominent, they are making life more difficult for everyone, including companies like BYJU’S, Unacademy, Vedantu, and others that have just raised billions of dollars in capital. These startups are suffering from the misguided growth strategy of obtaining clients at any cost without considering long-term sustainability.

Along with FrontRow and Yellow Class, Lido Learning, and other edtech unicorns, staff has lost their jobs to Unacademy, Vedantu, Eruditus, and BYJU’s-owned WhiteHat Jr, and other companies recently. Some startups, including Udayy and Superlearn, even closed their doors.

Since it’s getting more difficult to acquire the money needed for pivots and it’s still expensive to reach students, the edtech industry as a whole is facing a short-term crisis of sorts.

Some more established edtech businesses are cutting down from capital-intensive models, as they can afford to wait and see and save money, while others are going through layoffs.

The Edtech Forward Way of Amid Regulatory Scrutiny 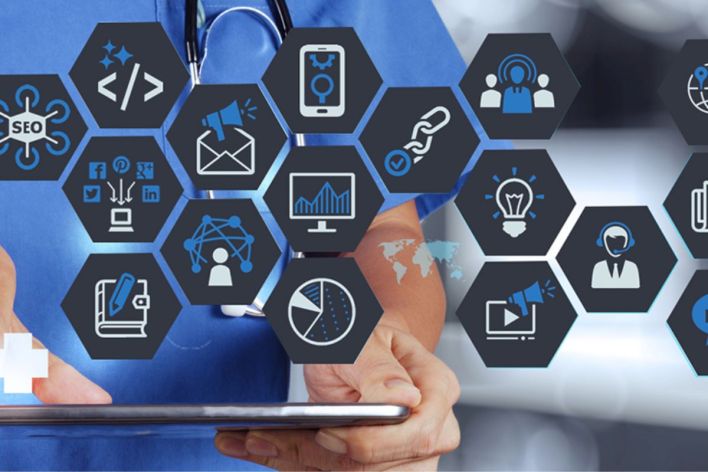 The trend toward offline learning is shifting. There are different prospects for localized edtech solutions currently, especially in light of the unprecedented expansion of online education in metro areas during the pandemic.

Additionally, while companies like BYJU’S, Unacademy, and others have previously focused on expanding their user bases in metropolitan India, the current goal is to diversify to include students from small towns and rural areas,  it can be challenging for them to find qualified teachers. Companies need to review their learning materials and methods of delivery in this area as well.

The recent fundraising efforts of companies like upgrade and PhysicsWallah, the recent development of edtech unicorn, show that investors still believe in edtech’s long-term promise. Many people think that the traditional paradigm and online learning will coexist.

However, edtech platforms should put more emphasis on accessibility, high-quality content, and profitability rather than spending money on aggressive marketing and growth.

The secret to success will be in delivering value to customers through either pricing or results, and in developing a long-term business strategy that leads to profitability. And only edtech companies that succeed via innovation or technique will persist over time.

If these startups don’t submit a self-regulation code, the government will be focused on regulating edtech players could be another significant barrier. A central government official issued a warning to edtech startups in June of this year, cracking down on the industry’s players.

Several weeks have passed since the government established a panel to see extravagant claims made by edtech platforms. Additionally, the University Grants Commission (UGC) ordered higher education institutions (HEls) to stop offering any degree or certificate programs in collaboration with edtech enterprises early this year.

Education Minister Dharmendra Pradhan also suggested in January 2022 that the government be developing an edtech policy to control the area. The education ministry advised parents, students, and all other stakeholders to exercise caution when deciding to use ed-tech platforms for online learning or coaching in December of last year.

The lack of funding has caused a large value erosion in the edtech sector, complicating matters further for Indian edtech businesses.

Byju’s, an Indian EdTech billionaire’s company, fights rumors about its finances and plans a $2 billion acquisition.

The edtech behemoth Byju’s, headquartered in Bangalore and supported by investors like Tencent and Mark Zuckerberg of Facebook, has seen a lot of activity lately. Byju’s was last valued at $22 billion in March.

It has been the target of numerous financial allegations in several news outlets. Notably, funds from the last investment round have not yet been received, Byju has delayed paying for an important acquisition it made last year, and the company’s auditors have not yet approved the financial figures for the fiscal year that ends in March 2021.

According to allegations of huge layoffs, its group companies collectively laid off roughly 2,500 workers. Only 500 layoffs were acknowledged by Byju, who noted that this represented 1% of the company’s total workforce of 50,000 people. 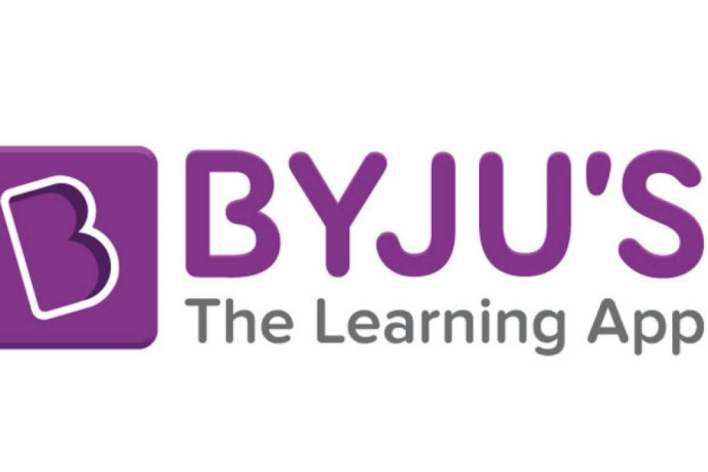 Byju Raveendran, the company’s millionaire founder, is pursuing worldwide expansion without hesitation and plans to make its largest acquisition yet. According to reports, Byju’s has launched a proposal to buy 2U, which is listed on the Nasdaq and valued at almost $2 billion, more than twice its current market value of $944 million.

More than 4,000 online courses, ranging from professional development courses to online degrees, are available through 2U. It collaborates with more than 230 institutions, universities, and businesses, including the London School of Economics and Political Science, Syracuse University, and UC Davis, and enrolls close to 44 million students.

Last November, 2U finished acquiring edX, a company that offers free online courses and was created by Harvard University, for $800 million.

According to sources, Byju’s has obtained funding pledges totaling $2.4 billion from a U.S. bank to complete the transaction. The parent company of Byju, Think & Learn, has spent close to $2.6 billion acquiring several businesses worldwide during the last 18 months.

These include the Austrian Math-learning software GeoGebra in December, the Singapore upskilling company Great Learning in July 2021, and the Indian exam preparation company Aakash Educational Services in April 2021.

Millions of students who wanted to study online or advance their careers joined Byju’s and other edtech companies at the height of the Covid-19 pandemic. However, when the pandemic fades and schools resume operations, edtech companies are rushing to switch to a hybrid model that will

Layoffs have become a reality as the sector readjusts, affecting not only Byju but also its domestic competitors Vedantu and Unacademy. At Byju’s, news reports said that exam preparation company Toppr and its coding spinoff White Hat Jr. both let go of up to 2,500 employees each. However, a Byju spokeswoman stated that just 500 workers—out of a total of 50,000—were let go at all group companies.

Byju’s spokeswoman added, “We are optimizing our teams across our group firms to reset our business priorities and drive our long-term growth. “Byju’s is still hiring at all levels for a variety of ventures, divisions, and jobs.”

According to industry observers, this moment of truth was inevitable and mirrors what is occurring in a few other sectors. Business models that benefited greatly from the pandemic, such as edtech, telemedicine, and Covid products, have witnessed a sharp decline in revenue.

After a brief cocoon of technological comfort made by Covid-19, it’s a “back to reality” sequence, according to Ganesh Natarajan, chairman of the digital consulting and investment firm 5F World. Only edtech businesses that show genuine value in a hybrid learning environment can succeed, according to this statement.

Byjus, a market leader, quickly switched to the hybrid approach. Byju’s Tuition Centers, which combine in-person and online tutoring, debuted in February. It already operates 100 of these facilities and plans to hire 10,000 teachers to teach a million children in grades 4 through 10.

The March $800 million investment round managed by Los Angeles-based Sumeru Ventures, according to a recent report, is allegedly “false,” and no money has been received. The claim was refuted by Byju’s spokeswoman, who added that “fundraising efforts are on track and the majority of the $800 million has already been received. The equilibrium is also anticipated soon. In this round, Raveendran put $400 million of his own money.

Additionally, according to news sources from the previous week, Byju may have put off making payments for the $900 million test preparation company Aakash Educational Services acquisition. A Byju’s spokesman, however, refuted the assertion and made it clear that the payment was made this week and that it was done so according to the predetermined timeline.

The fact that Byju has not yet disclosed its financial statements for the preceding fiscal year ended March 31, 2021, has also lately been raised as a cause for concern.

This sparked rumors of alleged disagreements between the business and its auditor, Deloitte Haskins & Sells. A firm spokeswoman stated, “We vehemently dispute the allegations that Deloitte did not sign our results.” By July 15, our FY21 (fiscal 2021) results will be available.

For the fiscal year that ended in March 2020, Think & Learn, the parent company of Byju, recorded consolidated sales of 24 billion rupees ($325 million), an increase of 82% over the previous year. But it had reported a net loss of 2.6 billion rupees, which was growing.

The company is still on track, according to analysts, to generate sales of close to 100 billion rupees for the fiscal year ending March 31, 2022.

The $3.5 billion fortune that Raveendran and his wife Divya Gokulnath co-founded Think & Learn in 2011 is shared by the two of them. In 2020, she was on Forbes’ list of Asia’s Power Businesswomen.

Elon Musk's father Errol, 76, has a second child with a 35-year-old stepdaughter: Report