Sunil Sharma and Darshan Bhandari, two former Amazon executives, have been hired by edtech platform BYJU’s to improve its learning solutions and products, the company announced on Thursday.

Anil Goel, President – Technology, BYJU’s, stated in a statement, “I am happy to welcome Sunil and Darshan as we continue to improve our IT base.”

As he continued, “Darshan will be crucial in assisting tech-led growth, supporting enhanced front-end and back-end procedures, and assisting us in achieving our broad digital and technological objectives. While Sunil’s expertise in technology, strategy, and execution will help BYJU’s ongoing initiatives to leverage technology solutions and improve the student experience optimally.

Sharma has over 21 years of experience, and throughout that time, he has scaled technology teams at companies like Amazon, Hewlett-Packard, and AGT International. Bhandari, meanwhile, has over 18 years of experience as an engineering leader and growth specialist. He has worked with companies like Amazon, Reliance Jio Infocomm, and Amdocs, developing top talent and producing world-class products. 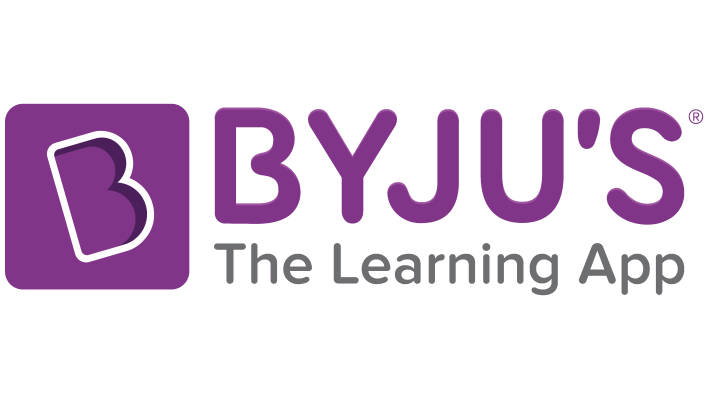 BYJU’s is an online tutoring and coaching startup founded in 2011 and based in Bangalore. It utilizes a freemium business model. The parent firm of BYJU is called Think and Learn Pvt Ltd. Its main goal is to offer tutoring via online video lectures to children in grades 1 through 12 and those preparing for competitive exams like the IIT-JEE, NEET, CAT, GRE, and GMAT.

The Learning app was released in 2015 and has been a tremendous hit. More than 15 million students use it globally, and 9,00,000 of them are paying customers. The software encourages independent learning among the people rather than relying on lecturing. The help of eminent lecturers, tried-and-true pedagogical techniques, and personalized training reinvents learning.

The founder of BYJU’s Classes, an education technology company whose slogan is “Fall in love with learning,” is Byju Raveendran.

The CEO and founder of the learning app, Byju Raveendran, was born in Azhikode, Kerela, in 1980. He graduated from the Government Engineering College in Kannur, Kerela, with a B.Tech in mechanical engineering. Byju Raveendran was a service engineer for a large shipping company before founding BYJU’s. However, he loved to teach, which is what motivated him to start this learning app.

Byju Raveendran is an accomplished athlete who participates in six different sports in addition to being an entrepreneur and a teacher. He participated in football, cricket, table tennis, and badminton at the collegiate level. BYJU’s, known to his students as Byju sir, twice passed the CAT with a perfect score. He did not enrol in any IIM.

In addition to being Byju Raveendran’s wife and a co-founder and director at Byju’s, Divya Gokulnath is an Indian businesswoman and educator. Divya studied at National College Jayanagar and RV College of Engineering, where she earned a B.Tech in biotechnology. In 2011, she and her husband decided to co-found Byju’s.

On December 10, 2021, Rachna Bahadur was chosen as Byju’s Senior VP. In this role, she would be responsible for the company’s overall planning, strategies, and roadmap in both new and existing markets. Previously, Rachna worked as a Partner with Bain & Company. 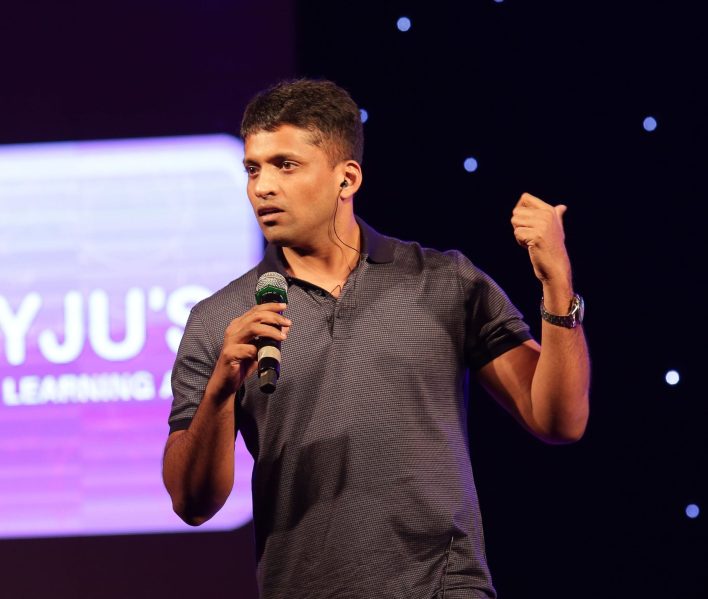 How was BYJU’s Started?

Byju Raveendran worked as an engineer for a UK-based shipping company and was from the little town of Azhikode in Kerala. While he was still working, he started helping his buddies while they prepared for the CAT exam, which functioned as an entrance exam for the best business schools in India. Byju took the test to evaluate himself and got an A+. He started studying for math exams instead of enrolling in an IIM.

He first participated in free math workshops before starting to charge once he was confident in his skills. Once more than 20000 students attended one of his workshops since they were so well-liked. He began making recordings of the workshops he hosted in the year 2009.

His former friends, who went on to earn IIM degrees, pushed him to begin teaching at BYJU. Then, “Think and Learn Pvt Ltd” was established to produce educational material. After its launch in 2015, Byju’s had more than 5.5 million downloads in the first year alone.

Byju’s has a freemium business strategy, providing users with both free and paid (premium) services. In exchange for a free 15-day trial, the platform requests the students’ information via its website or mobile application. After the free trial has expired, the student must purchase the courses from BYJU’s to access the complete content. It offers one-on-one mentorship to its customers and gives feedback to the parents of the children. Additionally, it offers classroom instruction in a number of places, including Noida and Gurgaon.

The first is done using the app. Students who want to continue their course on BYJU’s must buy the courses after the 15-day free trial period. The app’s selection of test series, courses, and other offerings actually incentivizes users to buy.

Customers must purchase electronic tablets from BYJU’s when buying the course of their choice. The videos, exams, practise problems, quizzes, etc., for that course are all on this tablet.

The third method of generating income is through classroom instruction. Only a few cities can provide these classes.

The June 2021 financing round valued the Edtech giant at $16.5 billion, propelling BYJU to the top spot and surpassing Paytm, which was valued at $16 billion, making it the most valuable startup in India. Soon after, in September 2021, its valuation had grown to $17 billion. Since then, BYJU’s has been featured in the headlines as the most valuable startup in India. The Series F round of investment, valued at $21 billion, was welcomed.

The startup’s worth eventually increased by nearly 35 per cent, reaching the current value of $23 bn. The value of Byju’s shares, which was Rs 3,800 in September 2021, has increased to Rs 4,750 as of today, or almost 10% since November. According to sources, the valuation of the edtech behemoth has increased year over year by 25%.

Byju Raveendran, the company’s CEO, presently owns over 25% of the stock, while Divya Gokulnath and the management group own about 4%.

See also  88 out of top 200 US cities have seen internet speeds decline this past week, 3 cities by more than 40%

In exchange for a free 15-day trial, the platform requests the students’ information via its website or mobile application. After the free trial has expired, the student must purchase the courses from BYJU’s to access the complete content and provides one-on-one mentoring to its clients and provides feedback to the kids’ parents. Additionally, BYJU’s offers classroom instruction in a number of places, including Noida and Gurgaon.

In 2016, the Chan-Zuckerberg Initiative, an initiative launched by Facebook founder Mark Zuckerberg and his wife, Priscilla Chan, gave its first grant to BYJU’s, a company in Asia.

BYJU’s worth climbed from its previous valuation of $16.5 billion in June 2021 to an estimated $16.87 billion after getting $150 million in funding in September 2021, making it the most valuable startup in India. UBS Group, Eric Yuan, Blackstone, and others led the funding round. It turned into a unicorn in 2018 and joined the unicorn club of Indian businesses that year, becoming the 11th unicorn in the country of India.

A case study on the startup was included in the Harvard Business School curriculum in March 2017. When Byju’s began conducting business on a global scale, it was undoubtedly one of the biggest non-financial successes for any corporation. 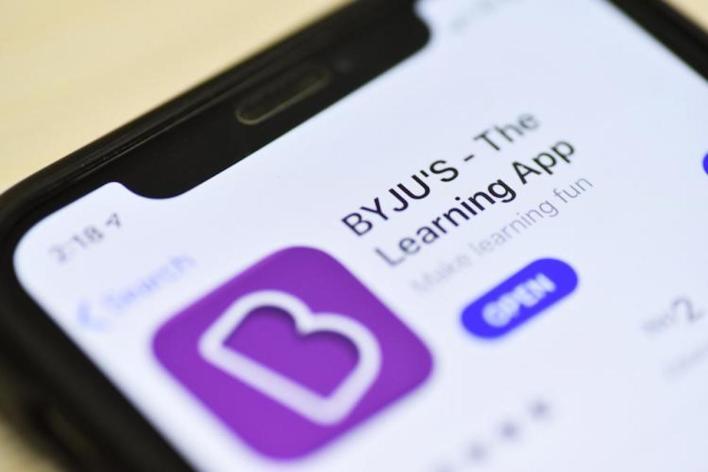 Byju’s plans to go public within the next 8 to 10 months. The second-highest valued firm in India, founded by Byju Raveendran and valued at around $16.8 billion, has already gained recognition in the startup community for its acquisitions and fundraises. It has now agreed to join the special-purpose acquisition company (SPAC) of Churchill Capital, a prominent global strategic advising business, and raise about $4 billion in response to the IPO’s continued growth. According to reports from December 16, 2021, the business would be valued at over $48 billion in such an IPO transaction. By July 7, 2022, BYJU’s IPO is scheduled to take place at a valuation of between $40 and 45 billion, or roughly quadruple its current valuation. 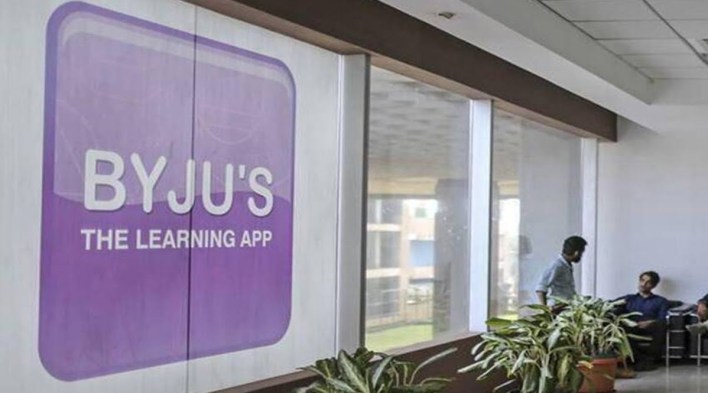 BYJU’s is a startup that is creative and has had a lot of success in the marketplace. It employs rigid marketing strategies. Shahrukh Khan, one of Bollywood’s most well-known actors, is the brand ambassador for BYJU. The company has established a name for itself in the Middle East and entered the Indian market. BYJU has plans to reach several foreign markets, including South Africa, the US, the UK, and others. To expand its footprint there, BYJU’s acquired the US-based learning platform Osmo in January 2019.

The company has worked with Disney to create early learning software for grades 1-3.
BYJU’s is a startup with a lot of commercial success that is quite inventive. It uses strict marketing techniques. One of Bollywood’s most well-known actors, Shahrukh Khan, represents the BYJU brand. The business has penetrated the Indian market and built a reputation for itself in the Middle East. The US, the UK, South Africa, and other nations are among the international markets that BYJU intends to enter. In January 2019, BYJU’s purchased the US-based learning platform Osmo to increase its presence there. The business and Disney collaborated to develop an early learning software for grades 1-3.

BYJU’s aim was to increase sales by twofold to $1 billion in the fiscal year that ended in March 2021, which was accomplished with ease. The business disclosed that its earnings for the fiscal year 2019–2020 increased by 81 per cent to Rs 2,434 crore. At the beginning of the following fiscal year, cash flowed in for BYJU’s.

See also  ‘Robot’ was coined 100 years ago, in a play predicting human extinction by android hands

BYJU’s has now made public the growth it experienced in FY20. Here are a few of the major points:

As of October 2021, the startup has begun to provide a hybrid model in which the students can use physical/offline education institutions for their sessions. The brand-new hybrid educational model has already received a kickstarter, and if it is successful, the Edtech decacorn will scale it up across the country. The “BYJU’S Learning Centre” would be the name of the hybrid learning facilities, first focusing on mathematics, physics, chemistry, and biology.

It seems as though Byju’s had completed a circle. This is because the edtech decacorn is now planning to launch its offline coaching centre, which would be named Byju’s Tuition Center (BTC), which would pave for its foray into blended/hybrid learning after switching to the online mode of learning, acquiring companies, garnering fame, and becoming India’s most valued edtech startup. This new programme, which is intended to help children in Classes 4 through 10, has made significant progress thus far, mainly due to the acquisition of Aakash Educational Services.

Since Byju’s renewed its sponsorship agreement with the Indian Cricket Board for another 18 months at the cost of about $55 million, it will continue to appear on the Indian cricket team’s shirt. The startup is known as the BCCI partner. After India’s tour to South Africa concluded, Byju’s new semester began.

The deal with the edtech company expired in March 2022, when it requested an extension. In 2019, Byju’s acquired from Oppo the sponsorship rights for the IPL. Byju has several other well-known partnerships, such as:

Byju’s presently intends to invest up to $200 million in the Byju’s Tuition Center over the next 12 to 18 months, starting in February 2022. Over the next two years, it hopes to enrol approximately 1 million pupils under this approach. This product is being tested as a pilot by the Byju Raveendran-led edtech behemoth in about 23 cities and 80 centres. By the end of 2022, 500 centres will be spread across 200 cities in India. Byju’s is anticipating a public listing in the coming 18 months. It seeks to buy well-known businesses like 2U Inc., which is listed on the NASDAQ.