The ‘art’ of VC startup valuations is a forgery

Venture capitalists frequently say that valuing startups is “more art than science.” If that’s true, then it’s absurdist art, because most seed-stage businesses have no value.

In fact, seed-stage startups — companies that have not yet released a product, regardless of how many rounds they’ve raised — are probably worth less than zero using any rational valuation methodology.

The only certainty at this stage is that the startup will keep losing more money until a product is released, at which point it’s possible that revenue may be generated. The chances of going out of business are high.

It’s not that much better for early-stage startups, which again, are not defined by rounds like Series A or Series B, but by how much business progress they’ve made. Once a seed-stage company has released a working product, the startup has reduced one of the two major risks facing the business: commercialization.

At this stage, now a company must prove the new product or service can be turned into a scalable business.

Like seed-stage startups, early-stage companies are still very fragile, with little predictability of revenue or cash flows. By definition, once the business has become predictable, the company is in the growth or expansion stage.

So venture capitalists lie to entrepreneurs and pretend that seed- and early-stage startups have intrinsic value.

Why would investors agree to ascribe value to assets that have no objective current economic value?

I’ve heard many corporate executives ask this exact question, wondering whether it wouldn’t be better simply to acquire startups instead of funding them, usually in hopes that rational valuation techniques can be applied. 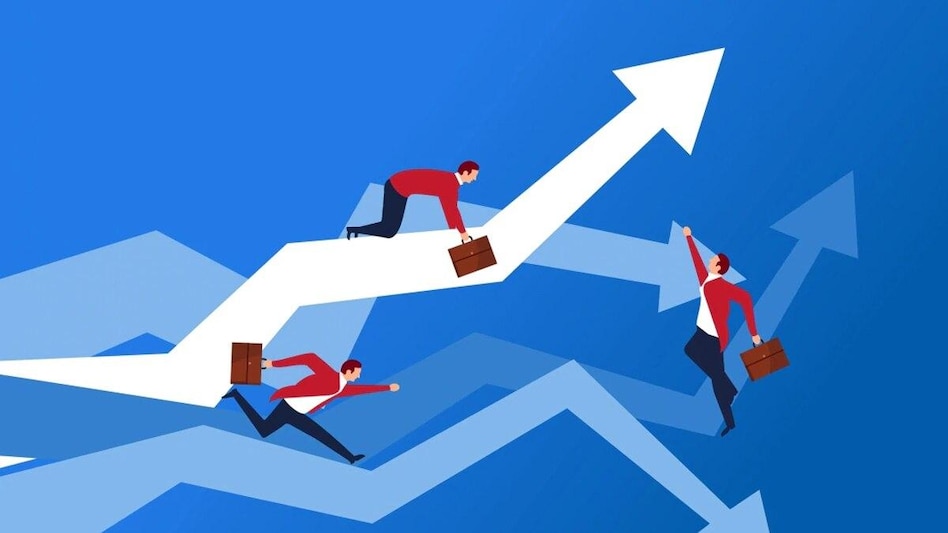 The best answer, based on my experience as a venture capitalist and entrepreneur for three decades, has nothing to do with valuation methodology and everything to do with teamwork, belief and commitment.

Investors must be on the same team as the entrepreneurs they fund. And this means that each party needs an opportunity to win and must demonstrate that they believe in common goals. In venture capital, where investors rely on high growth rates, a “win-win” compensation design is much more important than a “technically correct” valuation.

At the seed stage, where the value is arguably zero, investors would own all of the startup with an investment of any amount. Obviously, no entrepreneur would willingly accept such an arrangement.

Thus, to be fair to the entrepreneur, the lie is born. We pretend the startup has value so that the startup’s team is motivated and everyone involved has a chance to win. The VC also won’t take a majority of the startup in most cases, because a control position means the entrepreneur is “working for” the investors. The philosophy of venture capital is that the entrepreneur runs the business and the investor provides capital and support in exchange for a minority share and a non-operational role.

I learned this from Bill Draper, who was one of the first venture capitalists on the West Coast in the 1960s. He said that in those early days, the goal was just to keep it simple, in contrast to the “financial engineering” that typified growth-stage investing on the East Coast.

So if this is true, is there any role for valuation discipline at the seed or early stage?

The answer is yes, because the investor still needs to evaluate the deal as a potential source of return against other alternative investment opportunities, so long as the resulting valuation is fair to the entrepreneurs.

In fact, a good analogy for how this works may come from real estate. Prior to becoming a venture capitalist in 1992, I worked as a real estate appraiser. Appraisers use three main methodologies when valuing a property: intrinsic value, income-producing value and market value.

Intrinsic value is often called “replacement cost” in real estate. It’s what it would cost to buy a similar parcel of land and rebuild the same house from scratch, estimating the cost of labor and materials. In real estate appraising, this method carries almost no weight, just as in venture capital.

The income method in real estate applies to properties that produce predictable cash flow, like apartment buildings or established rental properties. For obvious reasons, this method is impossible to apply to seed- and early-stage startups where there is no profit and nothing is predictable except for expenses. This is why DCF isn’t used to value startups.

The dominant valuation technique used in real estate appraisals is the third methodology, market value. This approach seeks to understand how the market values similar assets, as defined by location, style, square footage and transaction recency. In other words, what have other buyers demonstrated they will pay for similar houses in the same neighborhood during the last six months?

Real estate appraisers use comparable sales to determine an adjusted price per square foot as the principal basis for calculating valuations when applying the market value method.

Venture capitalists do something very similar. There are clear valuation ranges for startups by stage and by round, which represent an established market value. These figures are even published by PitchBook, CB Insights and other organizations that track startup investment activity.

VCs then look for comparable sales in the exit values of startups with similar business models in the same industry, measuring price-to-revenue for M&A and IPOs. We then apply these multiples to projections of future revenues to determine if we can achieve a “risk-adjusted” multiple at today’s market price.

For a venture capitalist, it doesn’t matter if a startup has an intrinsic value of zero today if there’s a reasonable chance to make 10x our money or better. It’s the potential multiple that matters, not whether we can apply traditional finance metrics to a startup.

This is completely different than how valuations are typically calculated when making an acquisition, creating potential confusion for corporate development personnel who’ve added venture capital investing as a new responsibility.

When a corporation makes acquisitions, each transaction must make independent financial sense. Venture capitalists, however, can accept the risk of seed- and early-stage startups — including a rational expectation of experiencing some failures — by taking a portfolio approach. VC investors don’t require a fixed or predictable return but seek a blended return on a pool of capital that is invested in multiple startups. According to PitchBook, the average VC fund has 18.4 portfolio companies and top-quartile performance has generally corresponded to returning approximately 2x aggregate committed capital over the last few decades.

All that’s required to justify a seed- or early-stage investment is to believe that the potential multiple on investment offsets the risk that capital may not be returned. This is based on the premise that the most VCs can lose is 1x their money — and the most they can make is unlimited. Of course, investors need to be rational about whether the potential multiple is realistic and worth the risk, investor Fred Wilson noted.

And this means venture capitalists are free to participate in the fiction about what seed- and early-stage startups are worth today. The real purpose of valuations at this stage is to find a split that is fair and motivational for everyone involved.

From Ph.D. to boutique software developer: An interview with Solwey’s Andrew Drach