SUVs are becoming increasingly popular especially in India. The Utility Vehicle or Sports UV is a type that has made the Indian and global industries sit up and take notice. Even the pandemic has had a much smaller impact on this group than others.

The rationale is simple to understand. SUVs have enjoyed demand in recent years by a global trend. As a result, it’s no surprise that most passenger vehicle manufacturers have recognised this opportunity and are to develop new SUV cars or expand the current SUV lineup.

It’s easy to understand the SUV’s all-encompassing attraction. They are larger and taller, providing the driver with a better vision of the road ahead, critical in a country like India. In addition, increased ground clearance is always beneficial while driving in rough terrain.

They have great storage than hatchbacks. But, with the sub-4-metre compact SUV category in India, these SUVs can quickly negotiate through heavy traffic and fit in, especially now that they are equipped with driving assistance.

Moreover, unlike SUVs in the past, filling up is not prohibitively expensive. Automobiles, especially engine development, have come a long way over the years, which is why SUVs have become more fuel-efficient and environmentally friendly in recent years.

When it comes to riding and handling, SUVs are vehicles to have when travelling in inclement weather or on unfamiliar roads. They provide increased grip and stability due to weight, wheels, and rugged character. Most SUVs have ABS, EBD, ESP, and, hill-hold and hill-descent control. 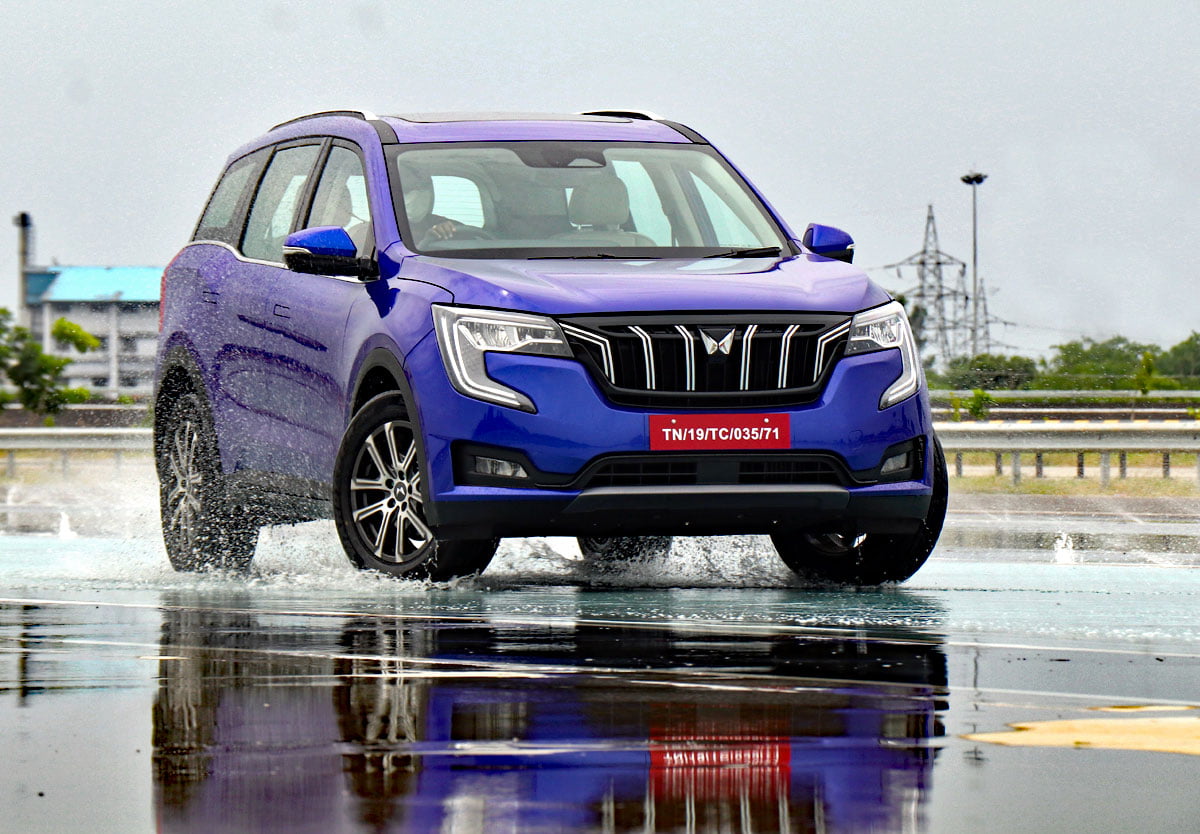 Although Mahindra‘s latest and flagship vehicle, XUV700, has received over one lakh bookings, only a tiny percentage of those have resulted in sales. Since its premiere in August of last year, the company claims to have only sold roughly 14,000 SUV cars. Mahindra only sold 4,119 XUV700s in January of this year.

On the other hand, the AXE Series is available with both petrol and diesel engines. The gasoline engine is the 2.0-litre Turbo GDi mStallion, which produces 195bhp at 5,000rpm and 380Nm of torque between 1,750 and 3,000rpm. This engine is available with either a manual or automatic transmission. The 2.2-litre Commonrail Turbo diesel mHawk engine in the diesel version produces 182bhp @ 3,500rpm. This engine’s manual transmission provides 420Nm of torque between 1,600 and 2,800 rpm, while the automatic transmission has 450Nm between 1,750 and 2,800 rpm.

Exterior design
The XUV700 has a black grille frame with large headlamps and LED daytime running lights in the shape of a dog. It has futuristic flush door handles on the outside, while the ORVMs are power-adjustable and have built-in turn indicators. The MX Series and AX3 have 17-inch steel wheels, while the AX5 and AX7 versions have 17-inch diamond-cut alloy wheels and 18-inch diamond-cut alloy wheels, respectively. LED taillights in the shape of arrows accentuate the rear.

Interior design
DEPENDING ON THE MODEL, the XUV700 has leatherette seats, a leather steering wheel, and a leather gear lever. The base MX Series has an eight-inch touchscreen infotainment system with Android Auto. A dual HD 10.25-inch infotainment system and a 10.25-inch digital collection on the AX Series. Wireless Android Auto, AdrenoX Connect, six-way power seats with memory function, and more goodies are available on higher models. 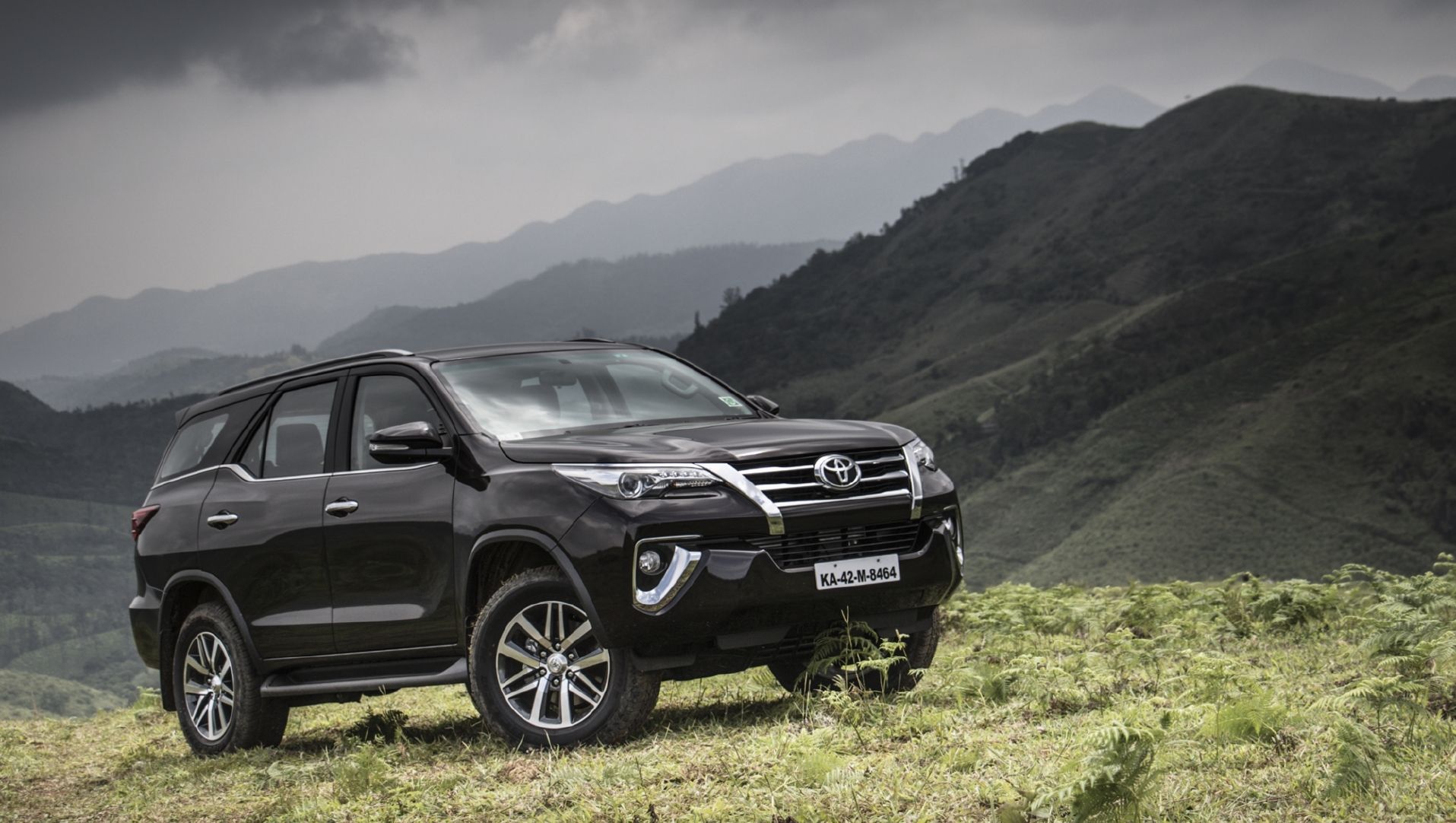 In India, the Toyota Fortuner is a household name. The 7-seater SUV has a cult following in India.

Exterior design
The Toyota Fortuner has a new grille, LED headlights with LED DRLs, redesigned bumpers, 18-inch alloy wheels, and taillights on the outside. 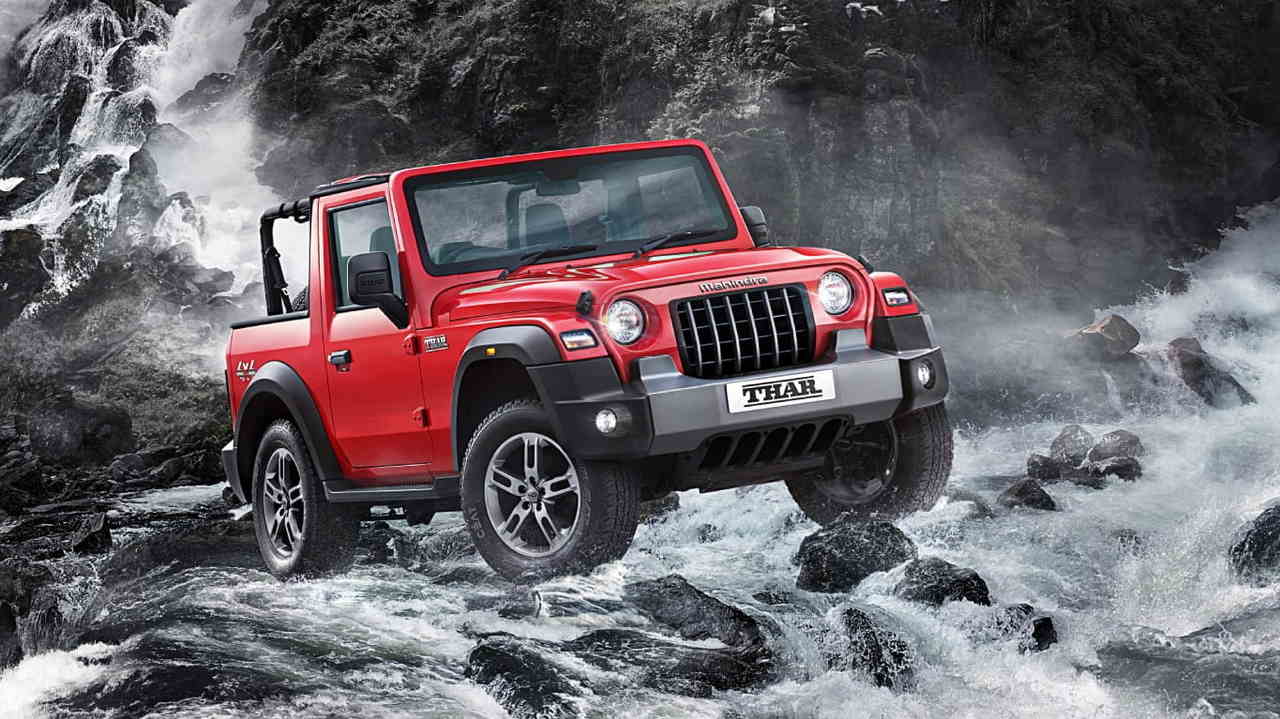 The new Mahindra Thar combines sophisticated engineering with old-school elegance. Apart from that, it’s one of the best off-roaders on the market right now.

Mahindra and Mahindra, the most aggressive of all.

The latest tried-and-true mHawk is a 2,184cc diesel engine with a six-speed manual or six-speed automatic transmission.

The interior of the Thar has been overhauled by Mahindra and is now washable and drainable. The Thar has a modern cabin, just like a stylish hatchback or sedan. There is a touchscreen infotainment system with smartphone connectivity. In addition, the four-wheel-drive system is controlled by a manual gearstick. 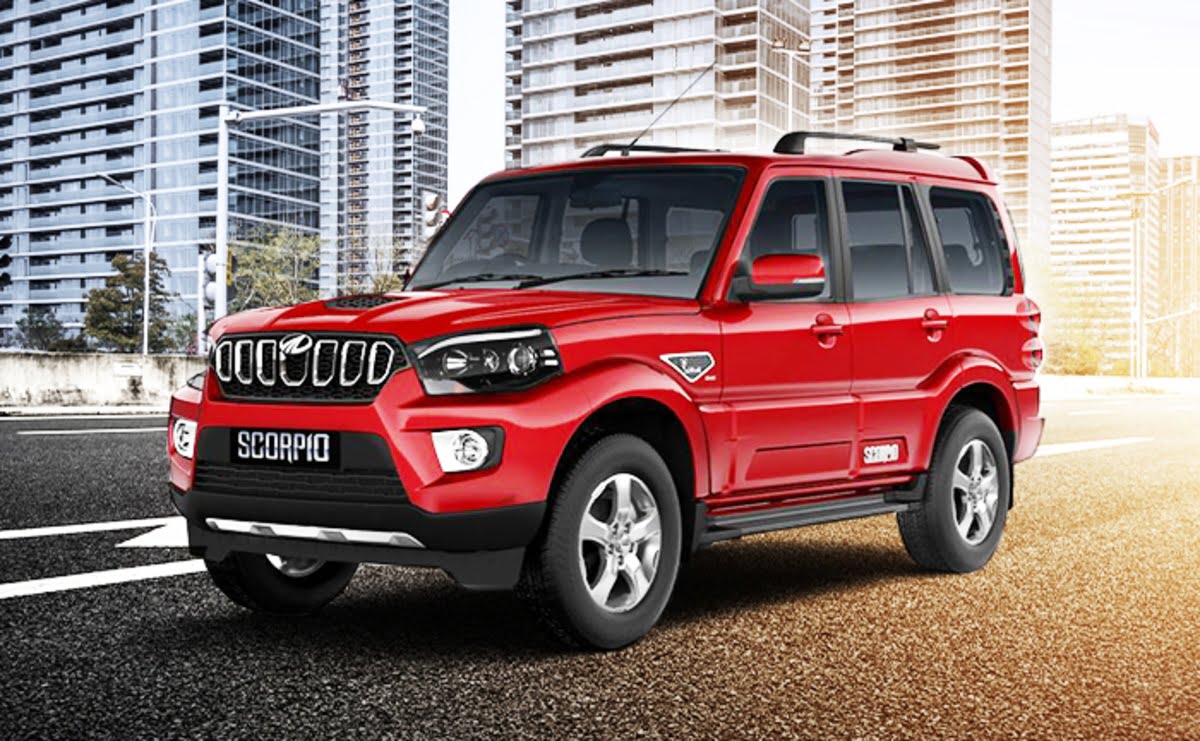 The Mahindra Scorpio is one of India’s top SUVs for racking up the miles. The Mahindra 7-seater SUV has a commanding driving stance and performance.

The top-of-the-line S7 model receives a new six-speed manual transmission, while the rest get a five-speed manual. The new sixth-generation Borg Warner turbocharger, along with the new easy shift 6-Speed transmission, the firm claims, optimises performance, cruises on highways in overdrive, and saves gasoline.

External Design
The face and grille of the new Scorpio have been updated. New lighting signatures have been added to the headlamps and taillights. There are new alloy wheels, ORVM with indication, and fog lamps with chrome bezels. New air extractors and a new upper and lower grille mesh design are included in the SUV car. A chrome appliqué and an aero blade wiper are added to the tailgate. 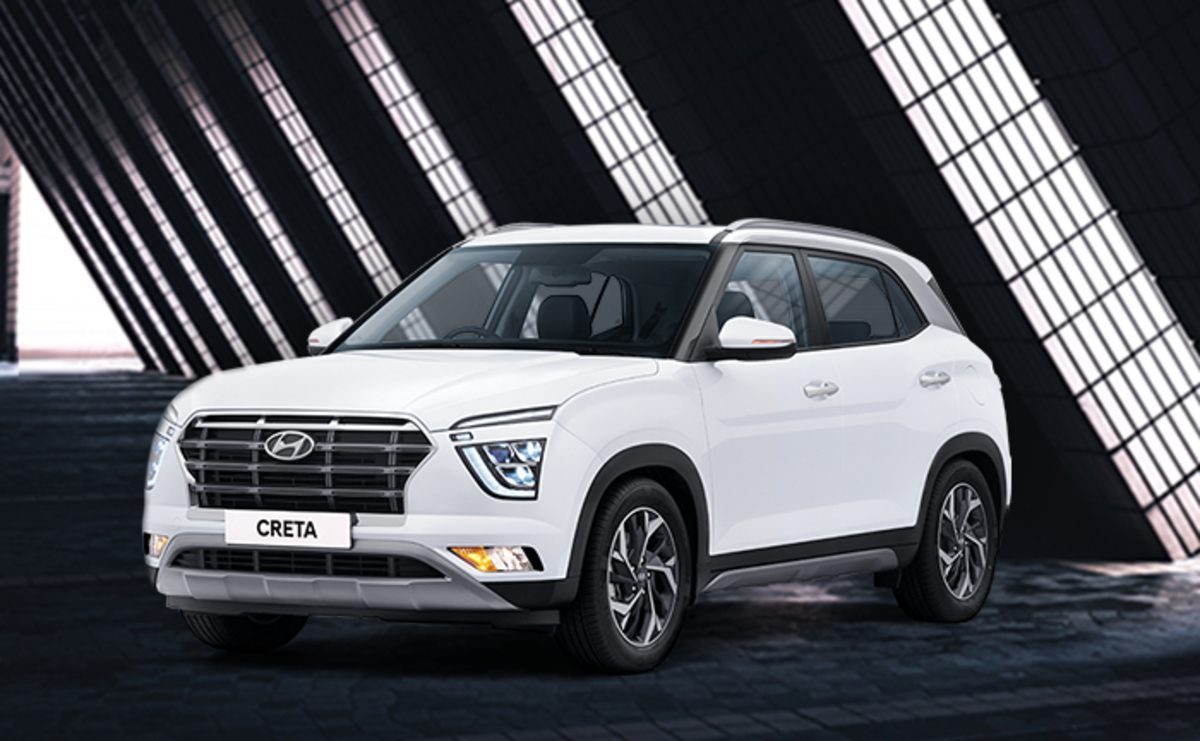 5. Hyundai Creta
In terms of popularity, the Hyundai Creta is to be far higher on this list than it is now. As the dealers faced a shortage, sales have dropped. Creta has fallen further in the rankings for an SUV that has found over 2.15 lakh homes since its facelift version was launched in March 2020. Last month, Hyundai sold just 9,869 vehicles, down 20% from the 12,284 cars sold in January of the previous year.

External Design
It features a three-dimensional cascading grille with muscle-like vertical and horizontal lines and a sculpted bumper with skid plates on the outside. Flared wheel arches enhance its overall beauty with skillfully designed crease lines.

To give the SUV a futuristic flair, it features two LED DRLs, LED Head Lamps, and strategically placed fog lamps. The new Creta has class-leading features like panoramic sunroof, LED headlamps, and an improved Bluelink 1.5 system. It has blacked-out windows and windscreens.

Interior Design
The Creta has received a renovation with a new design that adds a luxury, contemporary touch. The dashboard creates the wing curve, making the front area bolder and dynamic while also providing additional safety. In addition, there is an 8-inch AVT screen integrated into the console in the centre of the fascia. 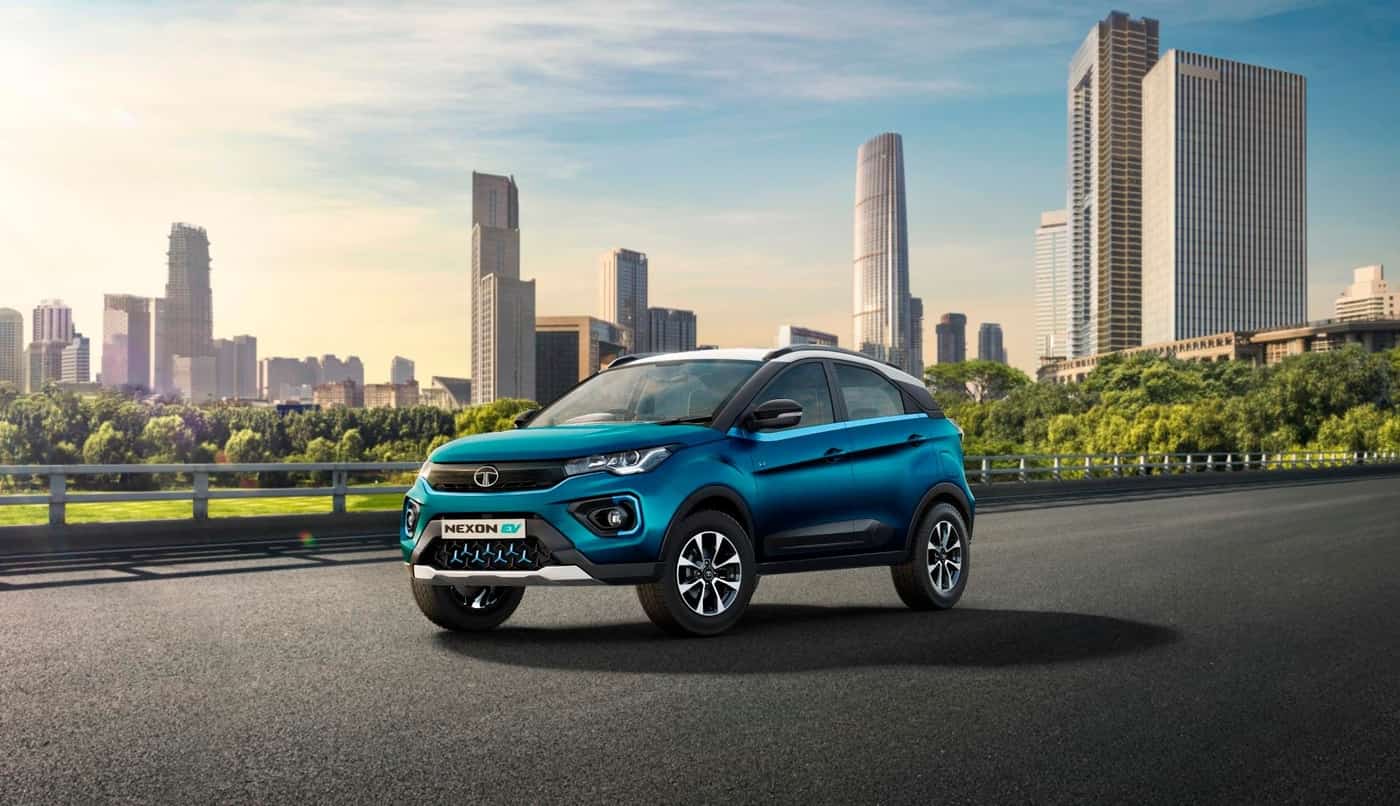 Tata Motors’ sub-compact SUV has seen an increase in sales. Since January of last year, Nexon’s sales had increased by roughly 68 per cent, when 8,225 units were sold. In December, Tata sold 12,899 Nexon machines.

Exterior Design
The Nexon is sleek, with a chiselled profile rather than the muscular and rounder appearance of the prior model. The tiny SUV now sports a new dual-barrel projector headlamp setup with integrated tri-arrow LED DRLs. The lower air dam has been increased in size, and a massive ‘tri-arrow’ screen has been installed. Modern alloy wheels with a diameter of 16 inches are fitted to the vehicle.

Interior Design
The Tata Nexon’s dashboard is uncluttered and straightforward. The compact SUV features a revised steering wheel with a smaller horn pad and premium-looking multimedia and cruise control buttons. 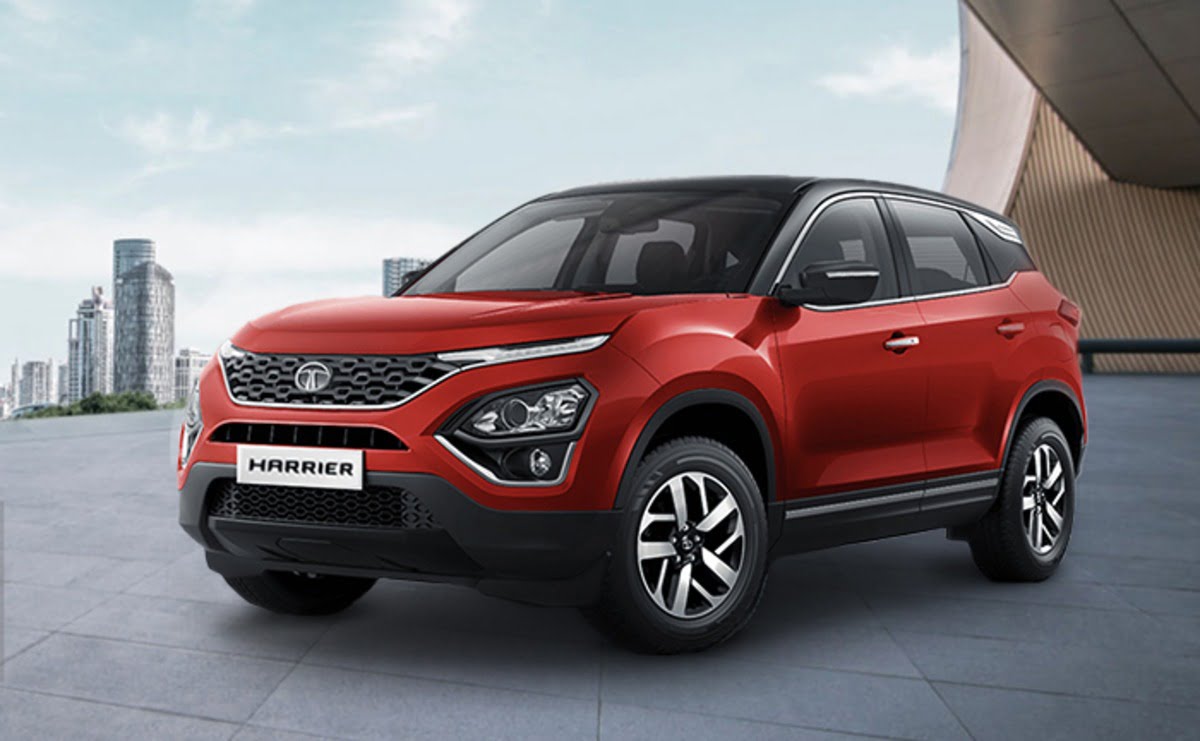 Engine Specifications
A 2.0-litre Kryotec diesel engine with 168 horsepower and 350 Nm of torque powers the Harrier. It has a six-speed manual and a six-speed automatic transmission. Despite the lack of an AWD model, the Harrier includes a unique ESP system with adjustable settings for different circumstances – normal, wet, and rough.

Exterior Design
The Harrier has low-mounted headlamps and elegant high-mounted DRLs. Flaring arches, a slanting roof, and a floating look on the D-pillar contribute to the Harrier’s silhouette. It has a contoured tailgate and sleek yet sharp LED tail lamps at the back.

Interior Design
The 8.8-inch floating infotainment system dominates the dashboard, which features a wood-finished insert running across it. The following are some features of Harrier: 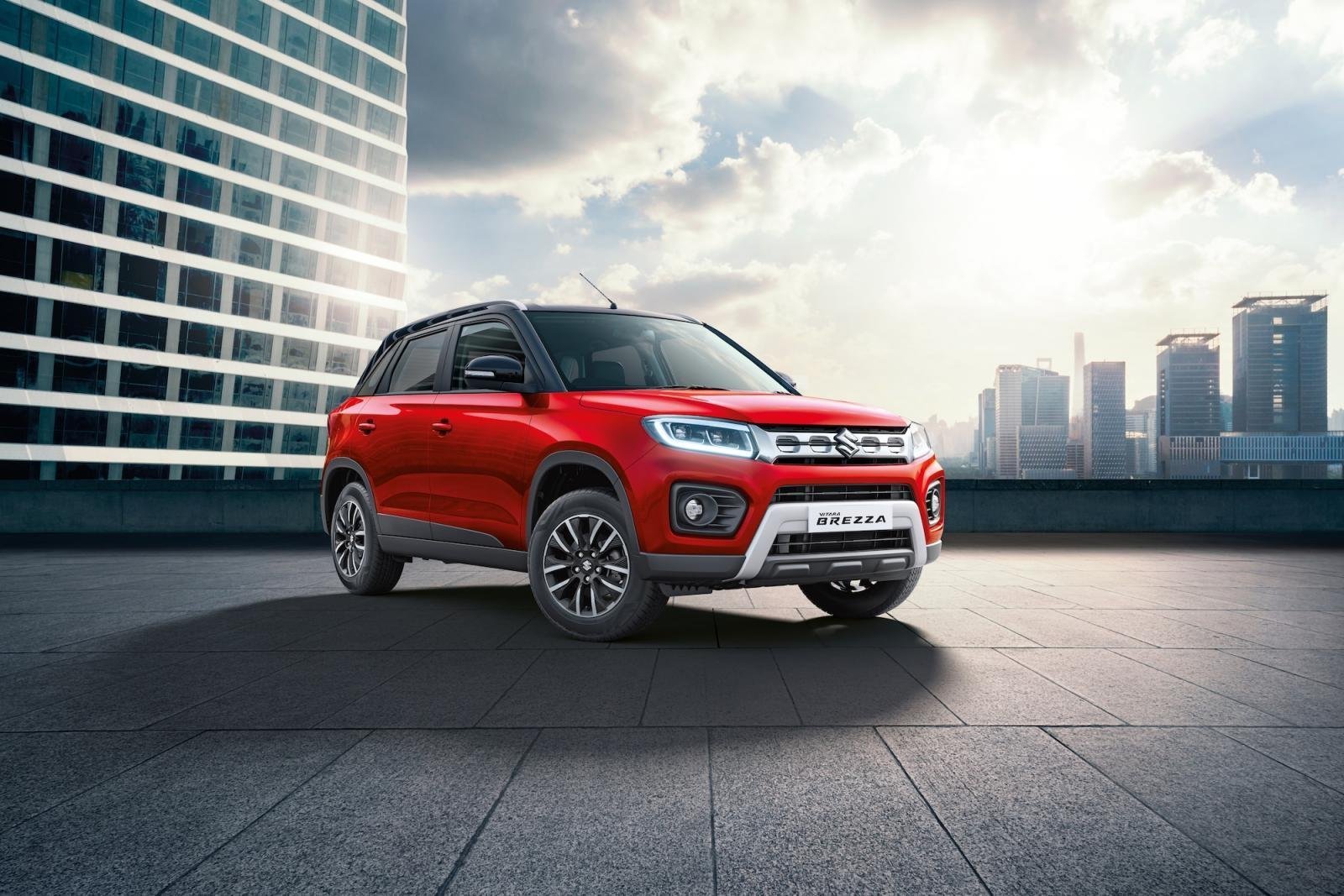 This year, Maruti will debut a facelifted version of its subcompact SUV Vitara Brezza.

Engine specifications
The 1.5-litre K-Series petrol engine in the Maruti Vitara Brezza delivers 103bhp and 138Nm of torque. It has a five-speed manual transmission with a Smart Hybrid technology automatic transmission. 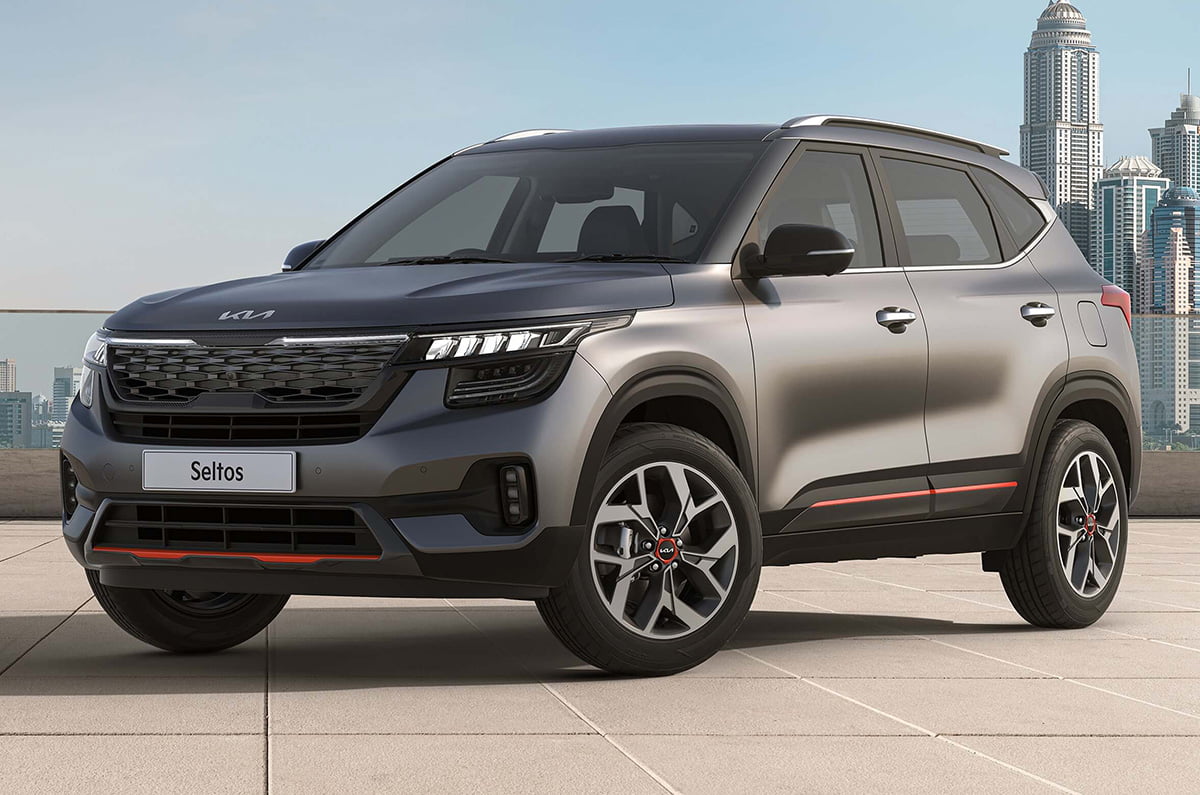 Exterior specifications
The Kia Seltos has a chrome-finished tiger-nose grille is accompanied by a LED daytime running lights. The fog lamps are attractive. The LED headlamps at the back add to Seltos’ strong attitude. A chrome slat connects the tail lamps, and the sculpted bumper with simulated bash plates completes the Seltos’ outward appearance. The Seltos is 4315x1800x1620 mm, with a 2610mm wheelbase and 190mm ground clearance. 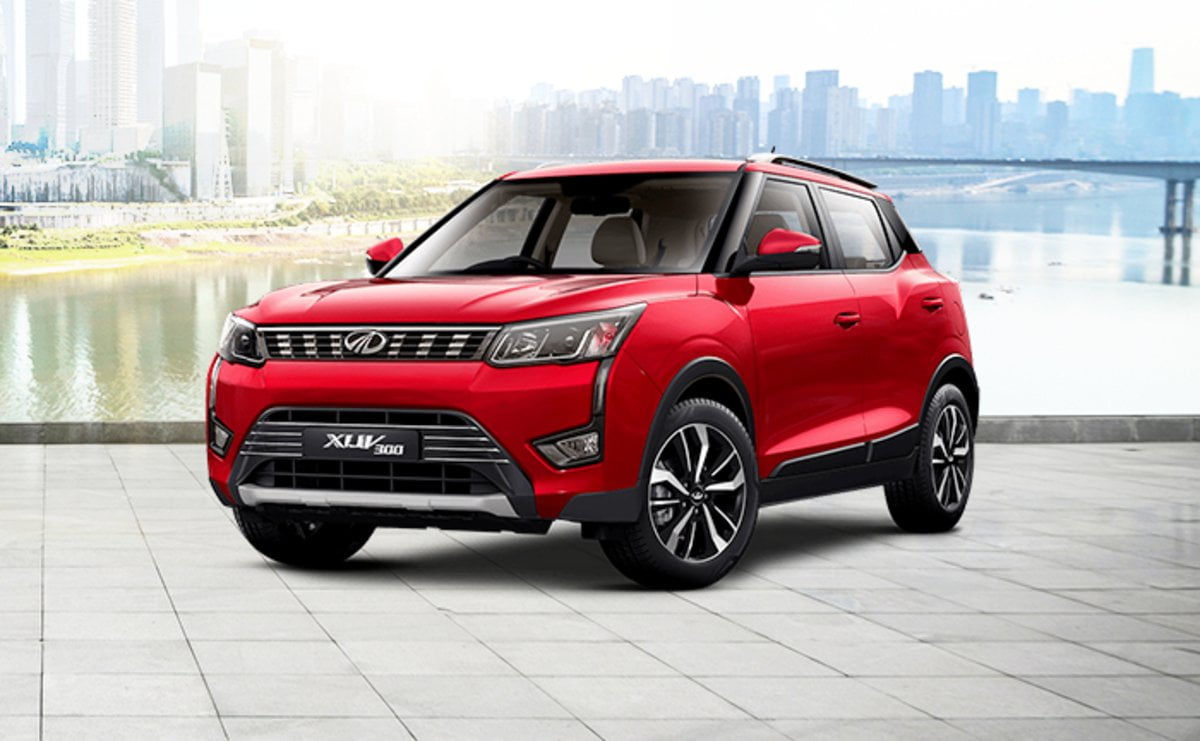 Mahindra’s sub-compact SUV has been a consistent performer.

PM Modi is being attacked so directly by KCR