PM Modi is being attacked so directly by KCR

The BJP used to count on Telangana Chief Minister K Chandrashekar Rao – so why has he suddenly gone ballistic?

The KCR-style leader has attacked the BJP, the Centre, and the PM Modi, ridiculing the “Gujarat model” and claiming he chooses outfits based on the state’s election schedule.

TRS leader KCR has frequently broken ranks with the opposition to vote with the ruling party on critical issues in parliament. His party has sided with the BJP on numerous occasions in India’s parliament.

How have things changed? Read on to find out: 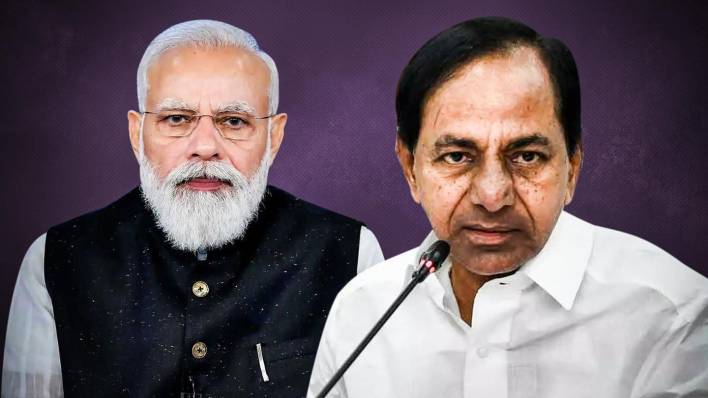 The political ambitions of KCR are national in scope. Getting the attention of the PM ahead of the next general election will ensure that you are perceived as a viable frontline leader. The speech presents him as a daredevil partner to opposition leaders who will not back down from taking the fight directly to the PM.

KCR often talks about both national parties failing to meet the needs of states, the Congress and the BJP. KCR is looking forward to cashing in on any disenchantment with the national parties as a regional player. Therefore, he dismisses the PM’s “Gujarat model” or election-winning strategies as social media gimmickry, whereas he argues he runs the model state in contrast.

Besides Telugu and Urdu, KCR speaks Hindi and English. KCR spoke extensively, eloquently, and impassionedly in Telugu and English, and Hindi during the press conference Tuesday about his plan to assume a national role – this ensures that a national audience knows precisely what he’s saying. He enjoys this advantage compared to leaders like Chandrababu Naidu, M.K. Stalin, and Deve Gowda. A native Hindi speaker may make KCR more acceptable and noticeable nationally.

India’s youngest state votes next in 2023, which means KCR faces two terms of anti-incumbency. In 2018, he received 88 points out of 117 for his party score, and he advanced state elections by a few months. Congress has long been the significant Opposition force in Telangana, but the BJP has gained ground and is aggressively expanding its influence. Hence, he is now targeting the BJP and the Prime Minister to keep them in check.

In a press conference following the budget, the Chief Minister portrayed the BJP as a party that does not care for the poor, backward castes or farmers. As evidence of his advocacy for the disadvantaged, he compared allocations made by the Centre with his government’s.

Often, KCR emphasizes his programs as being better in scope and reach than government-run schemes like Kisan Samman, Jal Jeevan and Ayushman Bharat that borrowed heavily. His programs include: 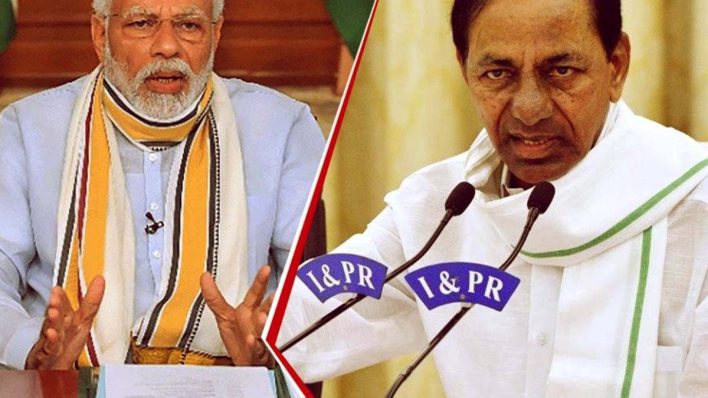 In Telangana, KCR is without a doubt the tallest politician, and TRS party members consider him the undisputed leader, and no major internal dispute exists. KT Rama Rao has proven to be a tech-savvy leader who has impressed the younger generation with his leadership skills. Thus, KCR is free to take on a national role instead of looking only at his home turf.

On the local level, KCR is facing an aggressive BJP leadership that targets him on issues such as what farmers are paid for food grain, the number of youth jobs, alleged power concentration, and family rule. By focusing on PM Modi, he avoids raising the profile of these leaders, most of whom are local, which would cost him votes. Therefore, he targets PM Modi, whose popularity may also cost him votes.

Telangana’s government was having difficulty affording procurement because of its bumper harvest. According to KCR, the Centre refused to buy the paddy, but BJP leaders complained that KCR told farmers not to grow paddy in rabi (to keep the surplus supply within control). One day before the farm laws in Delhi were withdrawn, he organized a maha-dharna of farmers in Hyderabad.

Before the 2019 election, KCR’s efforts to form a non-BJP, non-Congress coalition failed. Yet he continues to work toward that goal. His previous meetings include MK Stalin, Tejashwi Yadav, Pinarayi Vijayan, and Left leadership officials, and Uddhav Thackeray is likely to follow soon. It may be challenging to reach a Common Minimum Program. Still, despite anger over decaying federalism and worry that BJP will expand its foothold, he believes there are enough reasons for them to come together.

KCR does not shy away from expressing his attachment to Hindu rituals but criticizes the BJP’s divisive politics, arguing that India’s young people should unite for a better future because “no one invests in Afghanistan”. Telangana’s progressive industrial policy the atmosphere of amity and peace in the state is attracting capital investment, he says, pointing to it as an ideal place for capital investment. 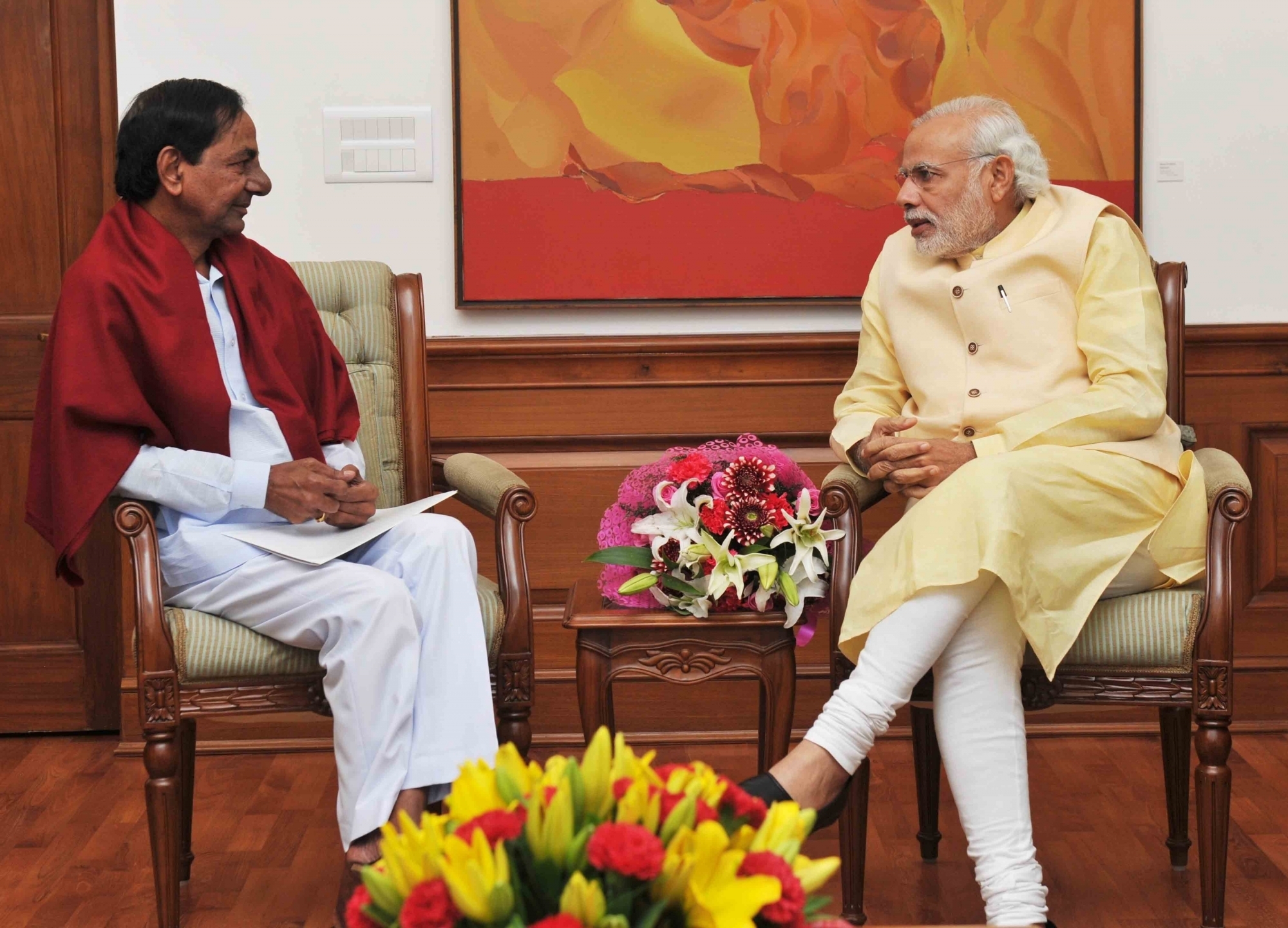 As during the Emergency, KCR says India will ‘react’ at the right time, and that public support and participation helped him to have a long-running mission for statehood for Telangana, and that was how Telangana came into existence, despite a lot of mockery and dismissal from those opposed to his actions.

He became a founding member of the Telugu Desam with NTR (they formed the government quickly), has served as a state minister twice in Andhra Pradesh, and is senior to main rival Chandrababu Naidu. Afterwards, he founded a political party and led the campaign that eventually led to India’s youngest state. His relationship with opposition leaders like Sharad Pawar, Mulayam Singh Yadav, Shibu Soren and Lalu Yadav has been good since he was a Union minister in the UPA (2004-2006). For KCR to become the country’s leader, he must network and lobby effectively.

The issues faced by tourism in India - An overview