Why Starlink satellite internet is not yet available in India?

Starlink, a satellite internet broadband service owned by SpaceX and operated by Elon Musk, said on Monday that it is available on all seven continents, including Antarctica. This implies that satellite internet service will soon be available in even the most distant locations.

At the almost 1,000-person McMurdo Station in Antarctica, where the business tested one of its Starlink internet terminals. It’s interesting to note that despite having thousands of tiny satellites in orbit that provide internet access to most of the world, Starlink, which quietly launched internet services in India last year, was forced to halt operations due to government intervention, and it doesn’t appear that it will be available there any time soon. Reliance Jio’s announcement of a satellite-based internet service in the nation earlier this year made matters worse for Musk’s Starlink, making it more difficult to compete.

Starlink is made up of tens of thousands of satellites that circle the Earth at a distance of 550 kilometres. It intends to provide individuals who live in distant places access to high-speed internet.

Starlink delivers remarkably quick transmissions due to its close closeness to the Earth’s surface. The internet speeds offered by Starlink range from 50 Mbps to 150 Mbps, while the latency is between 20 and 40 milliseconds.

Although Starlink promises to have latency as low as 20 ms, several low-level satellites are required to cover the whole planet.

According to reports, Starlink now has around 3,000 low-level satellites in orbit, and the corporation intends to use about 10,000 of them to expand the reach of its services.

Why was Starlink unable to provide satellite internet service in India?

Through a local subsidiary called Starlink Satellite Communications Private Limited, Starlink registered its company in India last year. Fast internet data would be made available by the corporation in India at the lowest cost compared to the global market.

According to the then-Starlink India director Sanjay Bhargava, Starlink is aiming for 200,000 devices by December 2022 and is preparing a deployment for April.

Bhargava asserted that SpaceX would be able to get permits, create bank accounts, etc., through a wholly owned company in India.

After the announcement, Starlink has accumulated more than 5,000 pre-orders. The authorities asserted that Starlink Internet Services lacked the necessary authorization to provide services in India.

The Department of Telecom advised Starlink not to accept any further reservations. Just four months after being hired, Bhargava resigned as the Starlink Country Director for India.

The Department of Telecommunications issued a warning not to purchase Starlink Internet Services in November of last year. The telecom division advised Elon Musk’s business to “obtain a license before delivering Satellite-based services,” according to a statement.

Satellite Internet Is Coming to India With Reliance Jio 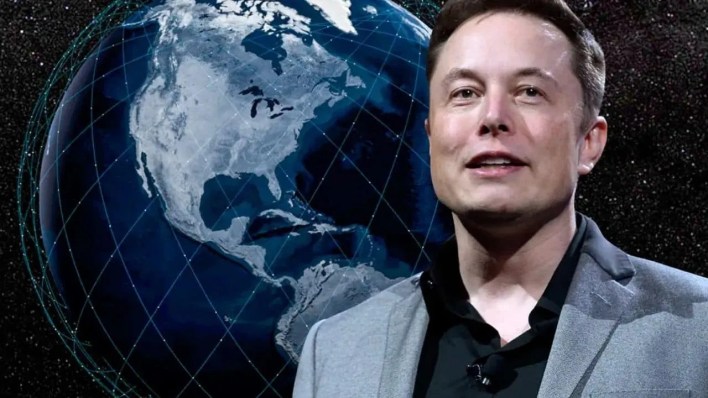 Reliance Jio announced its entry into satellite-based internet in February of this year through a joint venture with SES, a Luxembourg-based provider of satellite content connectivity solutions. Jio Space Technology Limited will provide multi-gigabit links to businesses and retail customers, with a top speed of 100Gbps. This move will only make Starlink’s problems worse.

They want to deploy multi-orbit space networks, which combine geostationary and medium earth orbit satellite constellations and can provide multi-gigabit communications as well as power businesses and retail consumers throughout India. The expansion of multigigabit broadband will be accelerated by this new joint venture with SES, according to Akash Ambani, Director of Jio. We are also investing in 5G while continuing to build our fibre-based connectivity and FTTH businesses.

See also  The World Health Organization's (WHO) Efforts to Make the Global Covid-19 Death Toll Public, Have Stopped in India

Jio will be able to link even the most rural towns and villages, businesses, government buildings, and consumers to the new Digital India, thanks to the expanded coverage and capacity that satellite communications services offer. We are eager to embark on this new journey, combining SES’s creative leadership and extensive industry knowledge with our broad reach and broad network of clients. Satellites for SES are in geostationary equatorial orbit (GEO) and medium earth orbit (MEO), while those for Starlink are in low earth orbit (LEO).

LEO satellites are smaller and less expensive to launch than GEO or MEO satellites, although three GEO spacecraft would be sufficient to cover the whole Earth.

Low-Earth orbit, or LEO, satellites are a type that, because of their closer proximity to the Earth, offer quicker data transfer or lower latency. Reliance hasn’t yet stated if Jio Space Technology would also consider them.

After receiving a request for assistance from Mykhailo Fedorov, the vice prime minister of the nation, in late February, Musk instantly made Starlink available in Ukraine after the invasion began.

The nation has received over 15,000 sets of dishes and routers from Starlink.

Starlink satellites are purportedly being utilized for “military objectives,” according to a new complaint from Russia, which makes it seem as though these satellites may one day be considered a “legitimate target” for military operations. Without mentioning Starlink, a Russian official said that “the United States and its allies” are utilizing satellites for military purposes, which “may become a valid target for reprisal,” during a United Nations meeting on minimizing space threats earlier this week.

Notably, the Starlink constellation contains over 2,800 satellites, several of which are stationed above Ukraine to offer internet services there as a result of the communication breakdown following Russia’s strike. Musk tweeted that “Starlink is for peaceful usage exclusively” a few days after Russia’s remarks. Musk claimed in May of this year that Russia had stepped up its attempts to block SpaceX’s Starlink Satellite internet in Ukraine but had been unsuccessful.