India’s new international competitive strategy India Inc., particularly the logistics sector, applauded the government’s announcement of the New Logistics Policy (PNL). The long-awaited policy framework was presented on September 17 and responded to the needs of all major players in the country’s huge but disjointed logistics sector.

The new framework places a strong emphasis on simplifying procedures for seamless collaboration and lowering overall logistical costs, in addition to encouraging job creation and worker skill development. When announcing the policy, Prime Minister Narendra Modi made a notable statement: “From 13 to 14% logistics cost, we should all endeavor to lower it to a single digit as soon as feasible.”

If we want to compete internationally, this is the low-hanging fruit. The PM added that the National Logistics Policy would be supported by the PM Gatishakti National Master Plan. According to the government, the Unified Logistics Interface Platform (ULIP) would consolidate all digital services relating to the transportation industry into a single platform, relieving exporters of a variety of extremely drawn-out and onerous procedures. A new digital platform called Ease of Logistics Services-e-logs has also been launched as part of the mega policy concept.

Industry organizations can immediately address any such issues that are hindering their operations and performance with the government entities using this platform. Additionally, a thorough system has been established for the swift handling of such matters. According to industry watchers, NLP will provide a whole new revolutionary approach to the nation’s logistics environment, increasing supply chain efficiency.

The new initiative will likely facilitate a modal shift in logistics, moving away from the existing over-dependence on roads (over 60% share now versus 25% internationally) and toward trains (30% currently versus roughly 60% globally) and canals, which currently have a 5% share in the modal mix. The NLP, according to stakeholders in the logistics sector, represents a significant advancement for the nation’s logistics business.

“The introduction of the NLP is a significant step for the industry.” The strategy will help lower the expenses associated with inventory, warehousing, and transportation, which will lower the total cost of logistics to about 8% of GDP in the next five years. The integration of the logistics sector will be largely facilitated by the digitalization of the industry and the development of unified portals.

Blue Dart Chief Commercial Officer Ketan Kulkarni said that ELOG would thoroughly address the difficulties facing the business, whereas ULIP will act as a single window for the e-logistics market. Industry watchers agree that the policies’ increased emphasis on improving human resources and operational standards is a well-intentioned effort to increase the formalization of the industry.

See also  With a total of 33,000 crore offer to takeover DHFL, Gautam Adani emerges as the top contender in the race to buy DHFL

Notably, the policy’s provision of logistics and supply chain courses for students is projected to increase employment and alleviate the sector’s workforce concerns. According to Vineet Agarwal, MD, at Transport Corporation of India, NLP will cause a paradigm shift in the logistics industry. According to him, the movement toward contemporary contentedness and seamless multimodal transportation will change the game since it will shift the burden of transportation from only the road to other modes as well.

It will support our ESG objectives and enable us to concentrate on a more advantageous cost structure. Agarwal says India will become one of the top 25 logistics performers in the world thanks to the paperless supply chain program, improved cooperative federalism, the convenience of the logistics services site (e-log), and standardization of the storage industry.

According to Rampraveen Swaminathan, MD and CEO of Mahindra Logistics, connectivity and superior infrastructure will become increasingly important as India strives to become a $5 trillion economy by 2024–2025. According to Swaminathan, the NLP is a huge boost for the industry. He continues by saying that the approach will bring items closer to the sites of consumption and increase warehouse capacity. In particular, industry groups have praised the government’s enhanced efforts to encourage the adoption of technology through numerous measures under the new strategy.

It is noteworthy that the government has recently pushed toward initiatives like paperless EXIM trade procedure through e-sanchit, faceless assessment for customs, provisions for e-way bills, FASTag, etc., that have boosted industry efficiency. According to Kami Viswanathan, Senior Vice President of FedEx Express for the Middle East, Indian Subcontinent, and Africa, it is obvious that technology is the only way to bring together all the parties involved and enhance complexity management as India works to modernize its supply chains and infrastructure.

She goes on to say that India has to create a seamless and efficient logistics ecosystem if it wants to grow to be a $5 trillion economy and improve trade competitiveness. The PM GatiShakti master plan, which was introduced last year, would also benefit from the policy, according to Arham Pratap Jain, founder of the digital freight platform truck ethic.

“Multi-modal connections will be streamlined, which will significantly lessen the burden on the roads and highways.” According to Jain, “an integrated digital logistics system, which will help to simplify the procedure and make it simpler for both producers and customers, is the one thing that will help us succeed.” The integrated digital system will further streamline and accelerate the industry while guaranteeing safer logistics and cheaper prices nationwide.

The NLP will prove to be a catalyst for the industry’s development and will aid India in establishing benchmarks for becoming paperless globally. As expenses are reduced, and important players such as partners, business councils, and government agencies are connected via technology, it will assist SMEs and MSMEs in making a further pivot toward quicker growth.

Overall, NLP is expected to boost local products’ competitiveness in the international market, which would encourage companies to expand their Indian exports and provide new job possibilities, according to Deepak Shrivastava, Managing Director of UPS Indian Subcontinent. Notably, the Comprehensive Logistics Action Plan (CLAP), which outlines the NLP’s precise objectives, is included in the government’s most recent strategy. 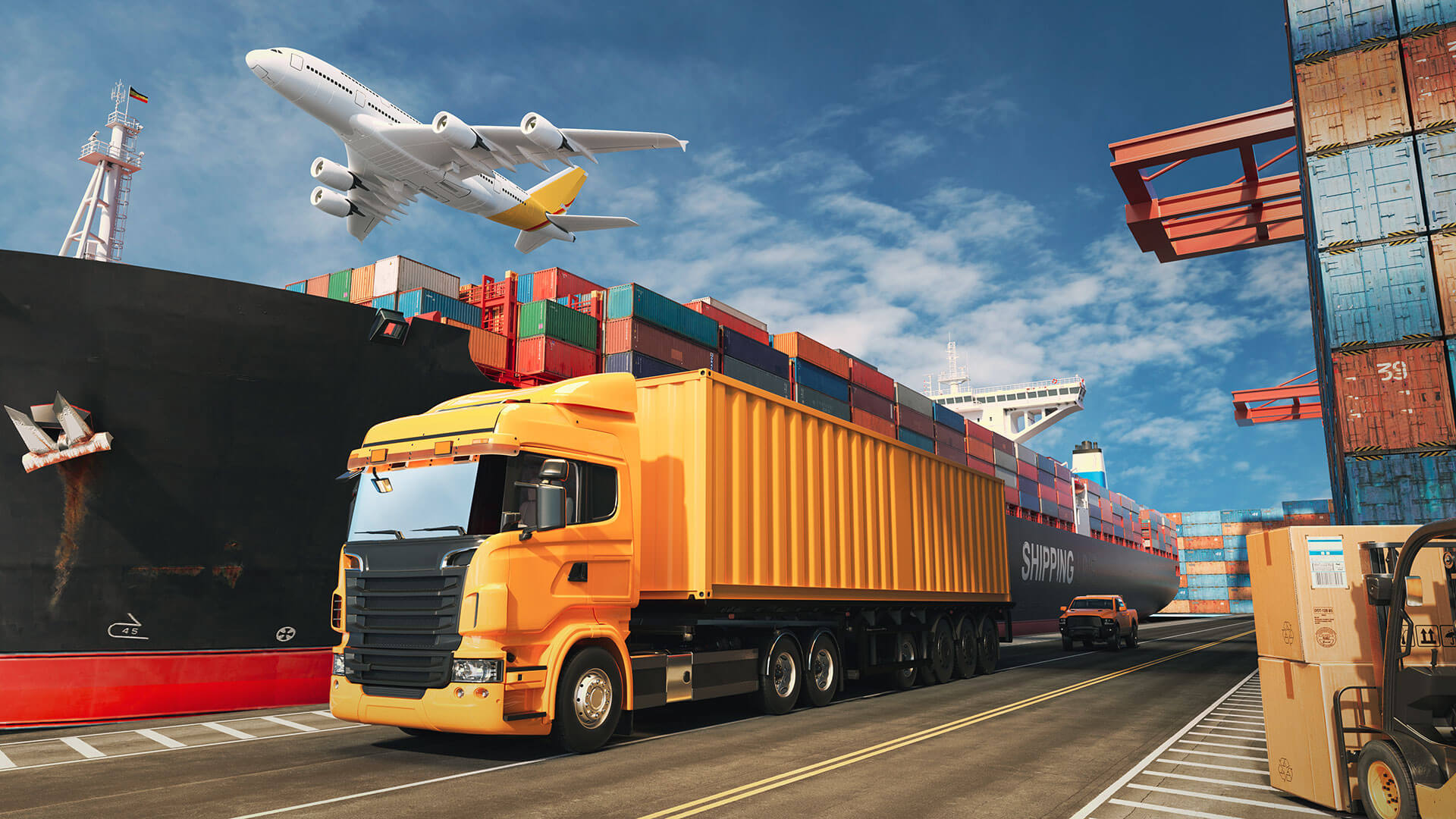 These include: striving to rank among the top 25 nations in the Logistics Performance Index by 2030 and lowering India’s logistics costs to be similar to global standards by that time (LPI). India was ranked 44th in the world for logistics costs in the (most recent data available) World Bank Logistics Index of 2018, whereas countries like China and Vietnam performed better, coming in at 26th and 39th, respectively.

See also  Why LIC Is Losing The Share Price Value? Who Is To Be Blamed For The IPO Loss?

Despite making up a sizable portion of the country’s GDP, logistics costs are essential to keeping up with current market and trade circumstances. Currently, between 13 and 14 percent of India’s GDP goes toward logistics costs, which has a substantial negative financial impact. All transportation-related activities, including moving and delivering goods, providing places to store perishables, and making sure that government operations run smoothly.

Reducing India’s logistics costs down to the level of international standards by 2030, India’s attempt to rank among the top 20 countries in the Logistics Performance Index by 2030, the development of a data-driven decision support system for a successful logistics ecosystem, The goal is to create a logistics ecosystem in the nation that is technologically advanced, integrated, affordable, durable, and robust for fast growth. The initiative seeks to create jobs in the next few years by cutting the cost of logistics from around 13% of GDP to 7.5% of GDP.

With additional factors like harmonization and standardization, trade and transport facilitation, digitization, and skill development on its agenda, the National Logistics Policy would dramatically reduce the cost of commerce and other transportation aspects. 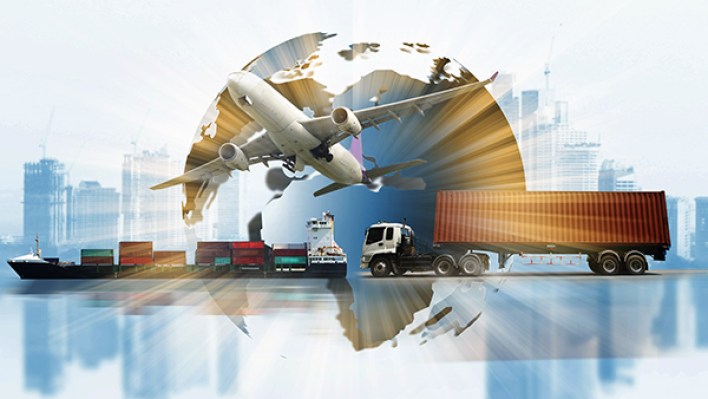 Which side of the equation will the RBI take into account, growth or inflation?

Why Starlink satellite internet is not yet available in India?