Nykaa’s Rs 5,352 crore IPO is set to open tomorrow at a fixed price band of Rs 1,085-1,125 per share. The fashion e-commerce platform, run by parent company FSN E-Commerce is promoted by Falguni Nayar and backed by private equity firm TPG. Ahead of the opening of IPO (Initial Public Offering), shares of the company were commanding a premium of Rs 670 per share in the grey market amid strong interest, said people dealing in unlisted shares. Nykaa received SEBI’s go-ahead for the IPO earlier this month, along with six other firms. 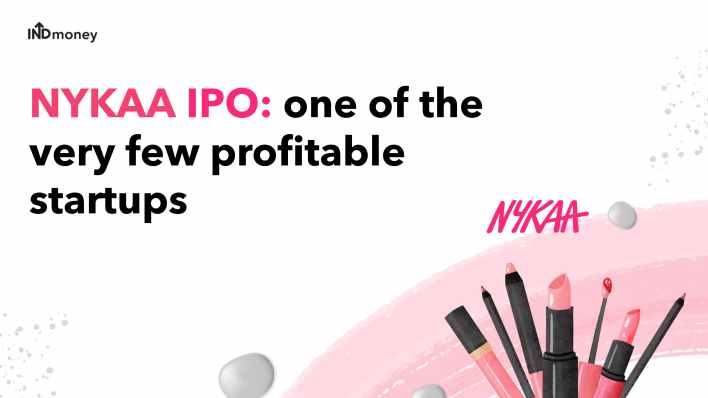 The global cryptocurrency market cap on Wednesday, October 27, was standing at $2.48 trillion on a day emerging altcoin Shiba Inu registered record growth after an anonymous buyer purchased 277 billion tokens. The SHIB token, as it is known among those familiar with crypto, was up by 27.22 per cent at the time of writing this article. The value of one token stood at $0.00005375 at this time. The altcoins surged up to 7,72,734.25 per cent on Wednesday. However, the crypto market cap was down by 6.60 per cent over the course of the last 24 hours, data available at CoinMarketCap showed.

The total crypto market volume over the last 24 hours was $142.61 billion. This is a whopping 43.84 per cent increase over the course of the last 24 hours, mostly due to the huge amount of Shiba Inu token purchase made by the anonymous buyer. The volume of all stable coins was standing at $113.20 billion, which is 79.38% per cent of the total crypto market 24-hour volume. Private lender IndusInd Bank on Wednesday posted a 72.9 percent increase in its net profit to Rs 1,146.7 crore for the second quarter ended September 30, 2021.

In the corresponding quarter last year, the company posted a net profit of Rs Rs 663.1 crore. CNBC-TV18 Poll had predicted a profit of Rs 1,042.4 crore for the quarter under review.
Total income during the July-September quarter rose to Rs 9,488.06 crore from Rs 8,731.52 crore a year ago, IndusInd Bank said in a regulatory filing. 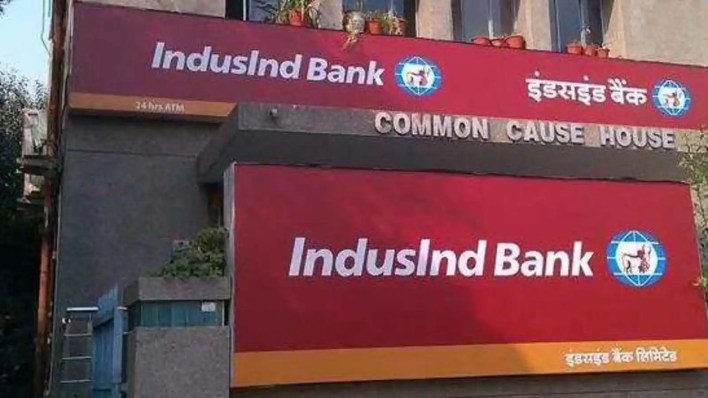 Alphabet just released its quarterly financial report, and the results are better than expected by analysts. Yearly sales rose 41% to $65.1 billion, while profit between July and September was nearly $19 billion (or $27.99 per share), beating expectations of $24.08 per share.

The biggest chunk of income comes from Google advertising, with $53.1 billion brought in by the division that includes Google Search, YouTube Ads and Google Network. According to Philipp Schindler, Chief Business Officer at Google, the consumers shift to digital purchases and the trend is here to stay.

The biggest initial public offer in the history of the Indian capital markets by Paytm is poised for a post-Diwali launch between 8th November to 10th November, multiple industry sources with knowledge of the matter told Media.
Media had earlier reported that the fintech major had increased the issue size from Rs 16,600 crores to Rs 18,300 crores.

The National Company Law Tribunal (NCLT) on October 27 said that the bench has adjourned the Zee-Invesco case till November 16 for directions.

Counsel appearing for OFI Global China Fund, Janak Dwarkadas said that they will be probably going for an appeal against Bombay High Court order.

“Since I have been injuncted from proceeding any further with the notice of requisition, your lordships may keep it sometime after the vacation for directions because probably we will be going for an appeal and if there is any reversal we can inform the court,” said Dwarkadas. 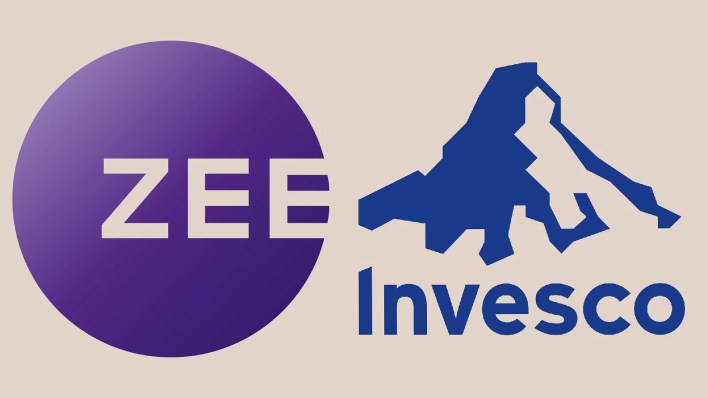 Mukesh Ambani’s Reliance New Energy Solar has submitted an open offer to acquire 25.9% stake in Sterling and Wilson Solar at a 12% discount to the current share price. The energy venture of Reliance Industries Limited (RIL) has offered Rs 375 per share of Sterling and Wilson Solar, a draft offer letter showed. The open offer will see Mukesh Ambani firm shell out Rs 1,840 crore for a 25.9% stake in the company. Earlier this week, Reliance New Energy Solar had informed the bourses that it will acquire NexWafe GmbH for 25 million euros (Rs 218 crore). Sterling and Wilson Solar share price was trading flat with a positive bias at Rs 421 apiece today.

Gold price also eased in the international market on Wednesday. Spot gold was down 0.2 per cent at $1,788.66 per ounce, as of 0157 GMT while US gold futures dropped 0.2 per cent to $1,790.60, according to Reuters. Benchmark 10-year US Treasury yields rose. The dollar also steadied close to a one-week high hit in the previous session.

“Both metals’ bulls remain comfortable at present, as near-term price uptrends are in place and the overall path of least resistance is sideways to higher. The key outside markets Yesterday saw the US dollar index higher — also a negative for the metals. Crude oil prices are higher and trading around $85.00 a barrel. Don’t be surprised if continually rising energy prices heading into the Northern Hemisphere winter start to bite at trader and investor sentiment,” said Amit khare, AVP-research commodities, Ganganagar Commodity Limited. 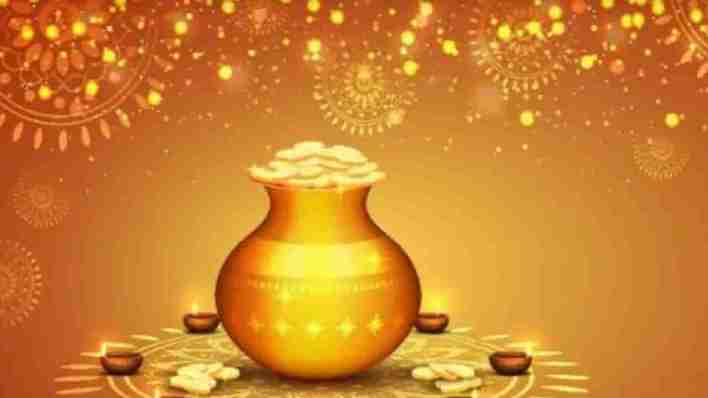 Bitcoin Drops Below $60,000 as $500 Million in Crypto Gets Liquidated in One Hour

According to data provided by CoinMarketCap, the two largest crypto assets, Bitcoin and Ethereum, have declined in price, going below $60,000 and $4,000, as over 500 million USD in liquidations across exchanges were noticed by the Bybt service.
$500 million in crypto liquidated in an hour
The king crypto has gone down below the $60,000 level, dragging Ethereum along with it to the area below $4,000. ETH has recovered above $4,000 by now, however.

According to data shared by Bybt, over the past hour, a total of $517.02 million worth of crypto positions have been liquidated across multiple crypto exchanges.

A total of $503.9 million of that were liquidated in longs on Binance, Bitfinex, Huobi, Bitmex, FTX and other digital trading platforms.

Larsen & Toubro, the engineering and infrastructure major, has clocked a 56 percent year-on-year growth in consolidated adjusted profit at Rs 1,723 crore in the September 2021 quarter, driven by higher profits in the IT&TS portfolio and improved margins from the projects & manufacturing portfolio as the coronavirus-induced stress in previous periods progressively wanes.

The adjusted profit excluded exceptional items and discontinued operations. In the year-ago period, the profit was boosted by one-time gain on divestment of electrical and automation business to Schneider Electric, France.

“The reported profit included Rs 144 crore gain on divestment of stake in hydel power plant in Uttarakhand (a part of the development projects segment) and tax expenses of Rs 47 crore arising on the transfer of the NxT Digital Business from the Parent to Mindtree,” the company said.

Uber partners with Hertz to offer 50,000 Tesla rentals to US ride-hail drivers

Uber Technologies Inc on Wednesday said it is launching a new partnership with rental car company Hertz to offer 50,000 Tesla Inc vehicles as a rental option to its ride-hail drivers by 2023.

Uber drivers can rent a Tesla through Hertz starting on November 1 in Los Angeles, San Francisco, San Diego and Washington DC, with the program later this year expanding to cities nationwide, the ride-hail company said in a blog post.

The Tesla rentals, consisting mostly of the electric vehicle company’s Model 3 sedan, will be available exclusively to Uber drivers and start out at $334 a week, including insurance and maintenance. Uber said the rental cost would drop to $299 per week or lower as the program expands in the coming year.

Uber’s announcement comes just days after Hertz on Monday said it would order 100,000 Tesla vehicles by the end of 2022. News of the biggest-ever Tesla order led to a share price rally and saw the company’s market value surpass $1 trillion.

Wednesday’s deal represents Uber’s most significant step so far in expanding the use of EVs on its platform. The company has vowed to operate only electric vehicles on its U.S., Canadian and European platform by 2030, and worldwide by 2040.

Swap rates are rising in India in a sign that traders expect the central bank to roll back monetary stimulus quicker than expected despite its reassurances.
The five-year onshore overnight indexed swap, a tool to trade rate expectations, has advanced 31 basis points in October to 5.64%. It’s poised for the biggest monthly gain since February when the government said the economy had exited a recession before a Delta variant outbreak.

Traders globally are betting that central banks will have to hike rates faster than projected as pandemic-era inflation become entrenched. While price pressures in India eased in the past few months, economists expect it to rise again largely due to the surge in global energy prices, which could influence the Reserve Bank of India’s policy decision.

“The swap market is telling us that the RBI may be falling behind the curve,” said Vijay Kumar Sharma, senior executive vice president at PNB Gilts Ltd. “The view is inflation will be higher and there will be steep rate hikes.”

DIWALI 2021: THE FESTIVAL of AMAZING AND INTERESTING TECH DEALS YOU won't DARE TO MISS