COVID-19 has had a negative influence on the investing sector as a whole. Companies in all industries are feeling the effects of COVID-19; startups have been hard hit and face many obstacles from both a business and an operations standpoint. Except for those startups engaged in the provision and delivery of ‘critical services,’ educational technology, gaming, or streaming services, most startups have seen a fall in supply and demand. Regardless of the primary challenges, on the other hand, the startup ecosystem has been working hard to adapt as fast to the current circumstances, focusing on the need to innovate and diversify its business tactics and operations.

The startup ecosystem in India has emerged as a major force in recent years, owing mainly to the efforts of stakeholders and government policies to encourage startups. Investments in startups have risen from $550 million in 2010 to $14.5 billion in 2019. 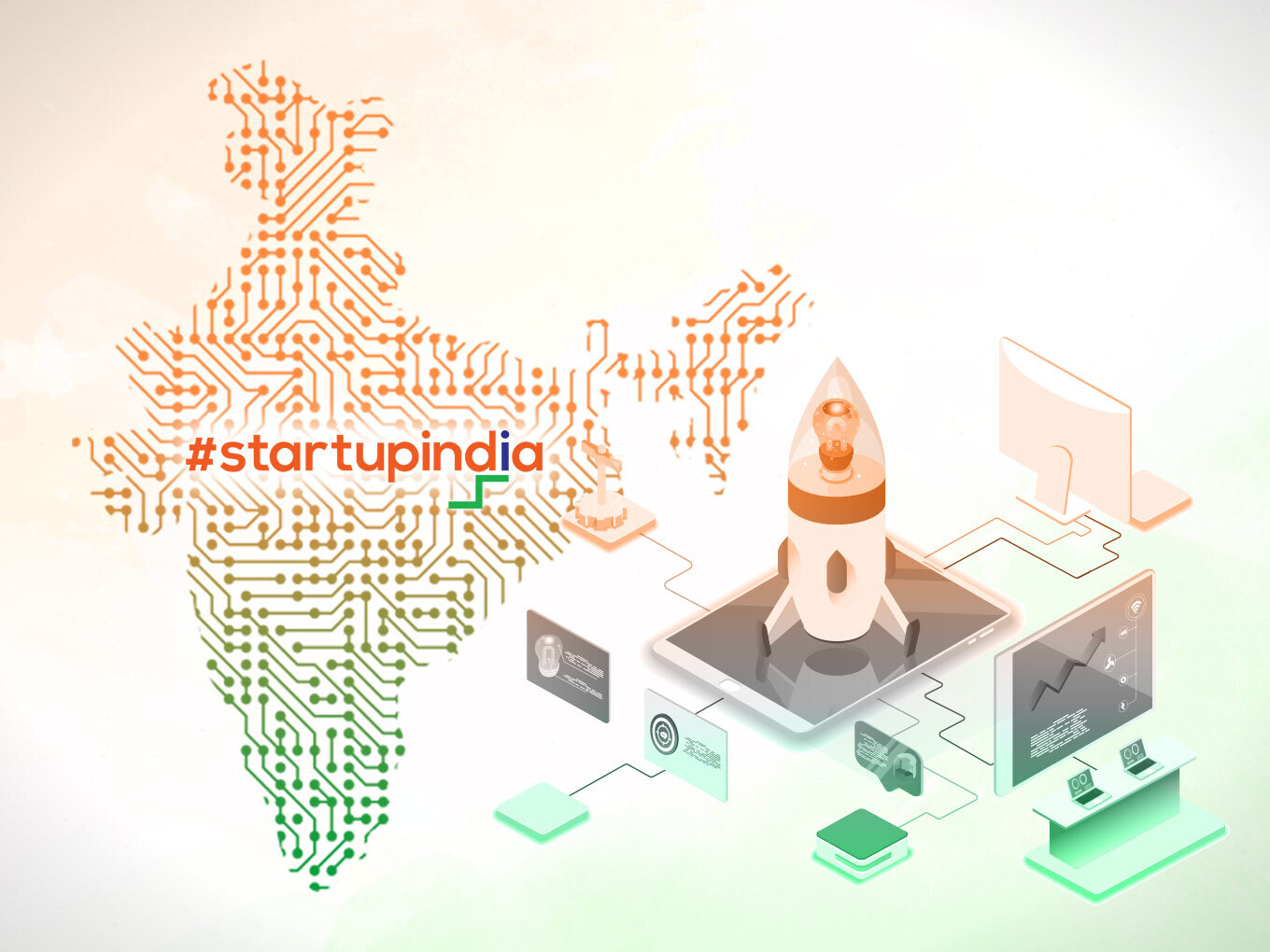 Notes and recommendations for startups have been published-

Sequoia Capital published a statement to its portfolio firm founders and CEOs titled Coronavirus: The Black Swan of 2020, highlighting the importance of being “adaptable” to survive the downturn.

The message underlined the significance of questioning every assumption about a company’s finances, fundraising, marketing, sales forecasts, capital spending, and so on.

Similarly, in the aftermath of Covid-19, a group of ten leading venture capitalists released a guide titled “Best Practices for Founders,” which provides startup assistance in various areas, including fundraising, restructuring, business continuity plans, redesigning business processes, and so on. The guidance goes on to say that a company’s goals should be “first employee safety, second business continuity, and third, liquidity and runway a key,” in that order. 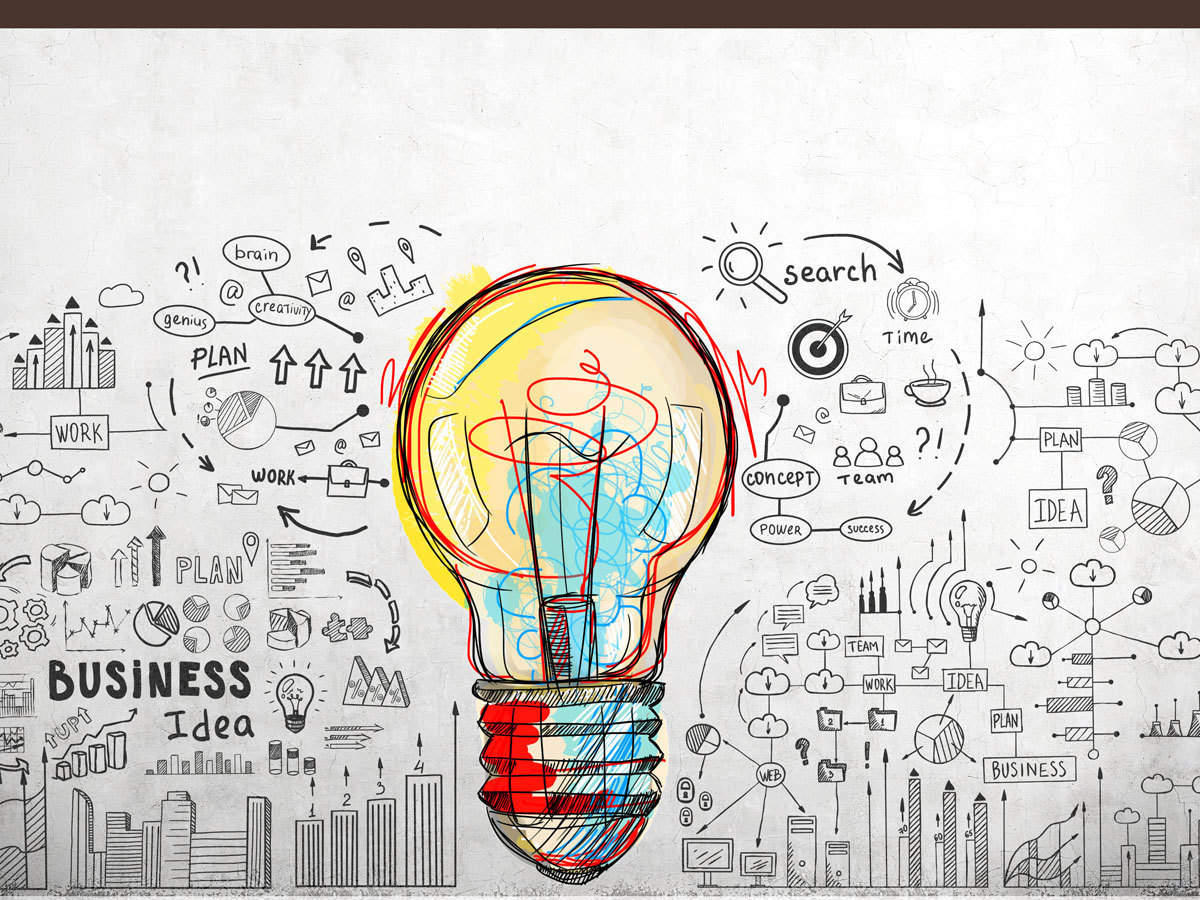 The Impact of COVID-19 on Start-ups-

The value of investments in India is estimated to have dropped to $0.33 billion in March 2020 from $1.73 billion in March 2019, a drop of roughly 81.1 per cent. There has been a 50% reduction in the number of businesses sponsored, with 69 firms in March 2020 compared to 136 companies in March 2019. According to other reports, several investors have backed out of current funding rounds anytime between mid-February and the end of March 2020. As a result, one of the main obstacles for startups is currently obtaining funding, resulting in many cash flow issues.

The lockdown has impacted everyday business operations and has pushed several startups to prepare contingency plans to reduce personnel and employee compensation. Several startup founders have made pay cutbacks to minimize their losses. 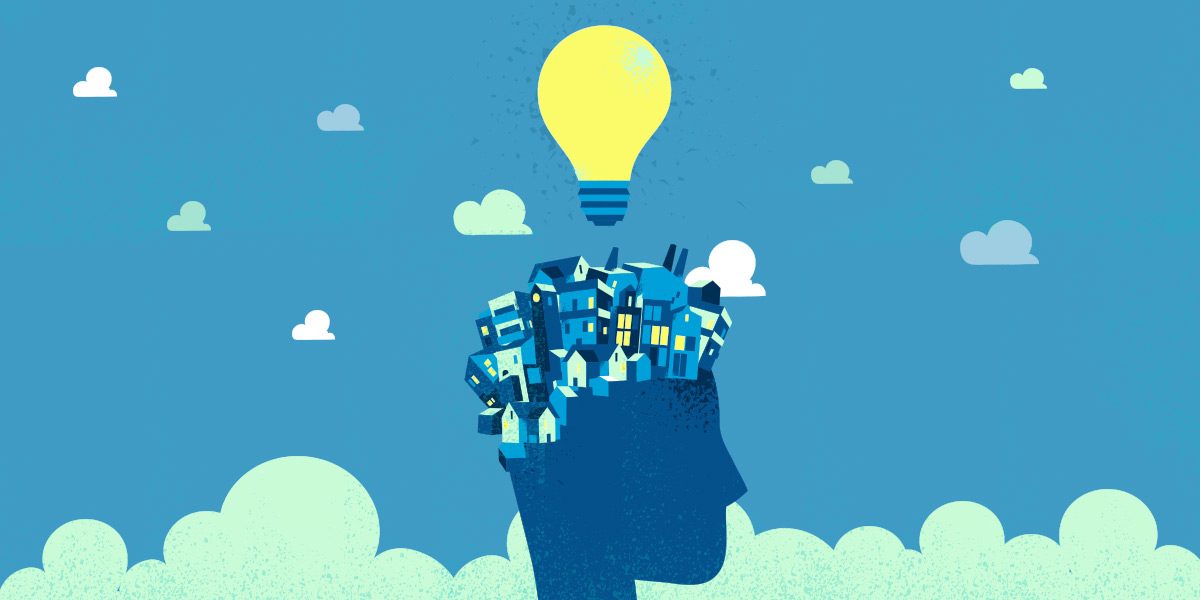 After recognizing the several financial and operational challenges that startups face, the Small Industries Development Bank of India (“SIDBI“), This also acts as a coordinating body for the ‘Fund of Funds for startups, has promulgated the ‘COVID-19 Start-up Assistance Scheme’ (from now on “the Scheme”), which is intended to assist certain eligible startups that have successfully displayed the ability to implement innovative measures to economize, Eligibility criteria under the Scheme includes the following startups that have:

Furthermore, under the Scheme, qualified startups would be supplied with working capital loans of up to INR 2 crores at an interest rate of 10.5 per cent for a term of up to 36 months.

Startups’ responses were as follows:

Several startups have asked the SIDBI to review the Scheme and ease the eligibility conditions that were initially set and provide for relaxations. SIDBI has been approached with requests to speed up funds transfer from the ‘Funds of Funds’ to help startups in these difficult circumstances.

Additionally, to ensure liquidity, some demands regarding the facilitation investment by large corporates into startups as part of the corporate social responsibility initiatives have been made.

The Ministry of Corporate Affairs (MCA) has also given all corporations temporary relief from their obligations under the Companies Act of 2013. These include, among other things, (i) waivers of late filing fees with the MCA; (ii) relaxations about board meetings with the physical presence of directors; (iii) extension of the prescribed interval period between board meetings; and (iv) relaxation of a director’s “minimum residency” requirement.

In addition, the Ministry upped the default threshold for commencing corporate insolvency to INR 1 crore in a notification dated March 24, 2020. (from INR 1 Lakh). The Ministry of Corporate Affairs has granted all corporations a reprieve from their obligations under the Companies Act of 2013. (“MCA”). (i) late filing expenses with the MCA are waived; (ii) board meetings with the physical presence of directors are relaxed; (iii) the prescribed interval period between board meetings is lengthened; and (iv) a director’s “minimum residency” criterion is waived.

In addition, the Ministry raised the default threshold for filing for corporate insolvency to INR 1 crore in a notification dated March 24, 2020. (Starting at INR 1 lakh):- 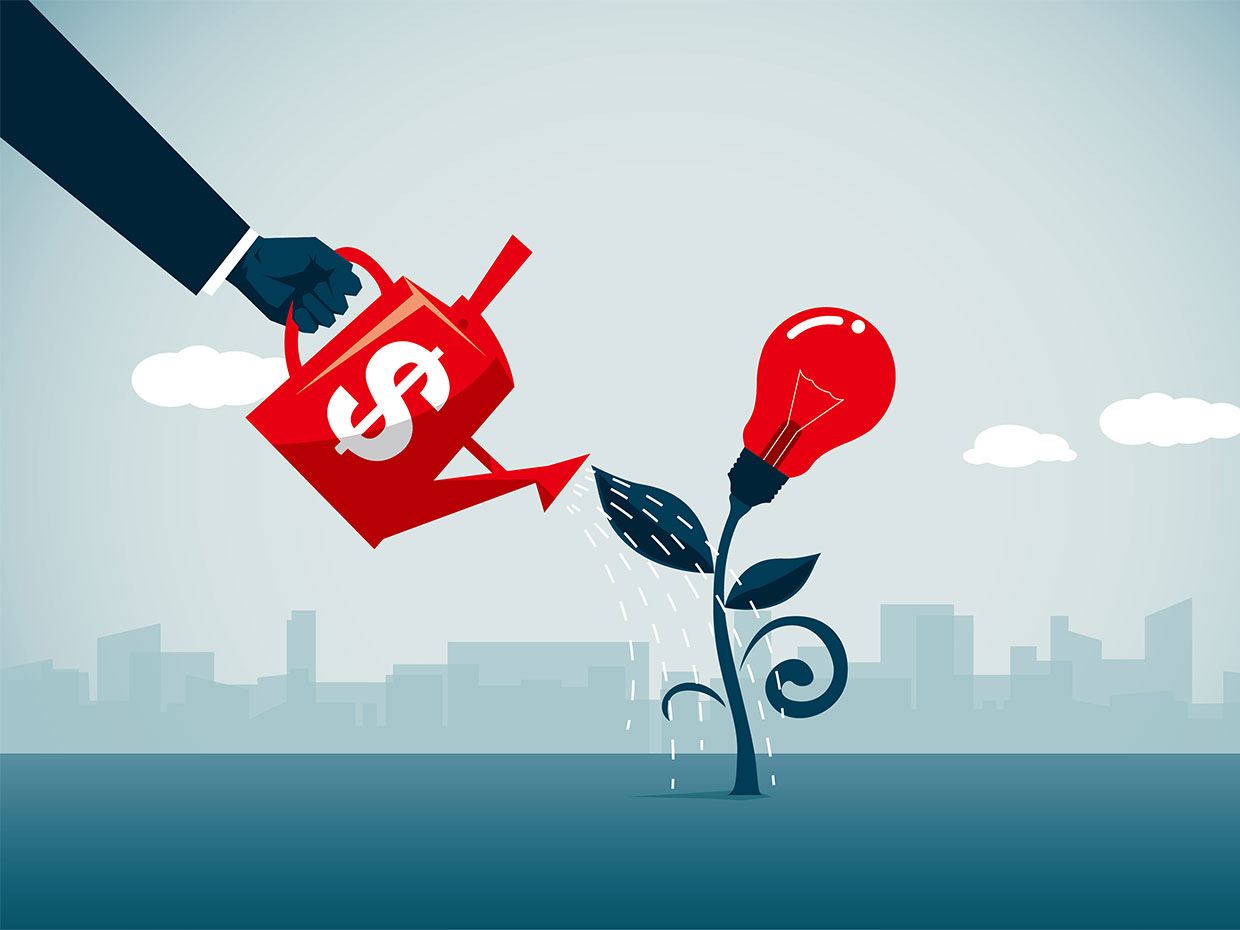 What can we expect from the future of startups?

Given the global scale of the pandemic and the uncertain economic situations it has spawned, startup fundraising is likely to become a challenge in the future, as various investors may choose to focus their future fund deployments only on existing portfolio companies to ensure that they can weather the current global crisis.

Furthermore, the various restrictions imposed by the Department for Promotion of Industry and Internal Trade (“DPIIT”) on April 17, 2020, via a Press Note (number 3 of 2020, from now on the “Press Note”), would delay or disincentivize a large number of strategic and financial investments from China, including those from Alibaba Group, Tencent Holdings, Fosun, and others. Despite a long-standing professional relationship between these investors and Indian startups, they have refrained from investing in them9. According to the Press Note, new money from new investors and increased funding from current investors will require prior clearance from the Government of India.

India has traditionally relied mainly on foreign direct investment (FDI) to fund and sustain growth possibilities. An assessment of the Press Note’s impact would be critical in the post-pandemic age when open and accessible markets would maintain a steady flow of investment and job development. While the Press Note claims to have been intended to deter opportunistic takeovers and acquisitions, it would be exciting and critical to examine the notifications issued as a result of the Press Note to assess the level of scrutiny now applied to Chinese companies investing in India and if any carve-outs would use in this scenario.

Because new investors may now seek bargains or discounts in the value, startups are expected to face intense talks on deal valuations, which could cause delays in the deal execution and completion. Investors may take a more cautious approach to invest and demand rigorous due diligence (both commercial and legal) of the subject startups’ business prospects, including any or all contingency plans made during the COVID-19, to ensure the start-long-term up’s viability. 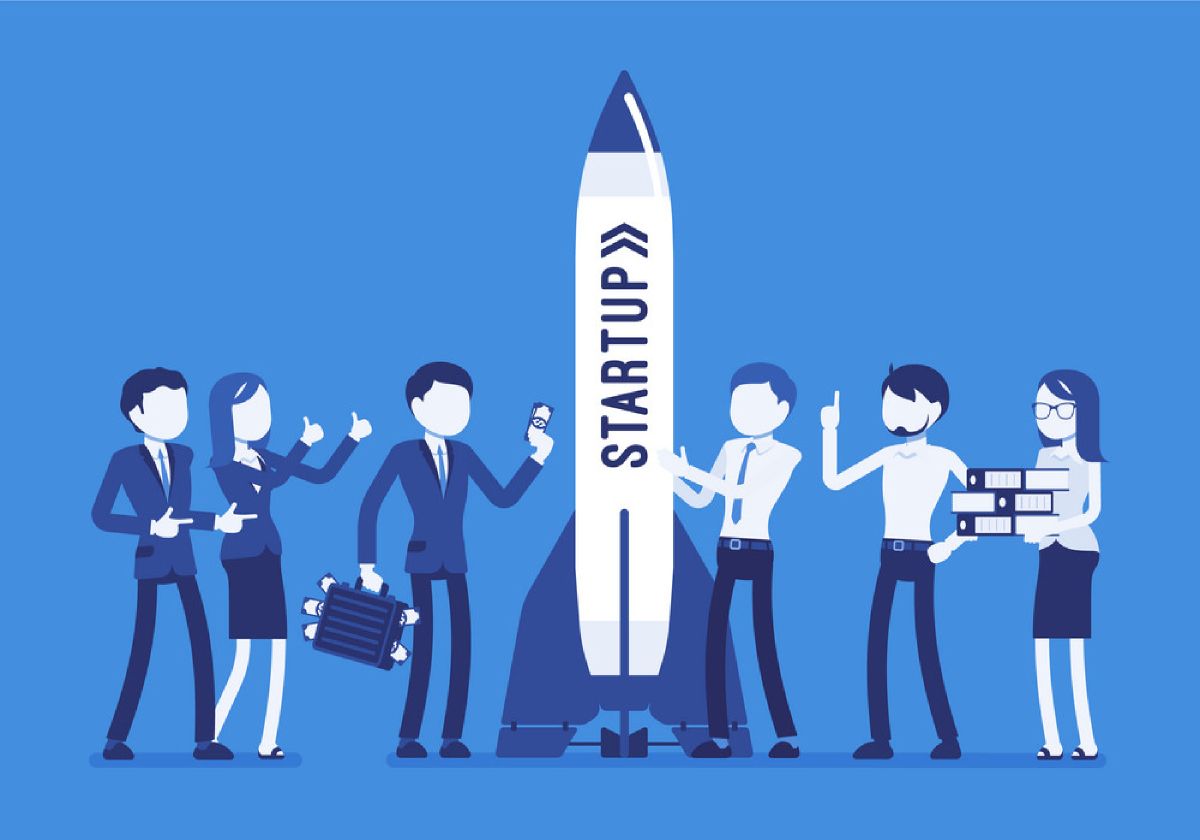 While the regulatory measures may temporarily assist startups in dealing with ‘business continuity plans and issues’ and limit expenses arising from certain statutory violations, industry stakeholders have demanded ‘financial’ support in the sense of access to cash-flows and capital. The Scheme alleviates various issues among startups, and however, the strict qualifying criteria may prevent a significant segment of startups from entering the market.

A rescue package for startups has been announced by several countries, including the United Kingdom and France, including establishing funds to fund startups and giving loans and financial help to startups. India is also exploring developing a comprehensive and more formal relief programme to facilitate access to funds and putting in place an effective monitoring mechanism to track how the monies are spent. Startups are important because they encourage local entrepreneurs to innovate and provide job opportunities. Given the immense potential that startups have created, timely and proactive action by the relevant regulatory authorities will be critical in moulding the future of our country’s startup.

Edited and Proodread by Ashlyn Joy